If you're not already obsessed with Eric Sedeño, aka @RicoTaquito, are you even on TikTok?

The New York City-based queer Mexican-American creator, art director, graphic designer and illustrator has won hearts around the world with his fresh and irresistible sense of humor. Whether he's sharing personal stories, teaching us how to DIY something or dishing the funniest takes around, he simply radiates charisma and authenticity in a way that makes him impossible not to like.

Eric actually started making TikToks after a breakup, concentrating on content about self-care and mental health, and though his page has since evolved, he's never lost that positive, uplifting angle to his work. Today, he even runs his own candle company, Groove Gives, which is all about giving back, with proceeds going to feed hungry people in need. Eric is consistently inspiring us, and you can learn all about him by reading what he shared with us below as our latest Man Crush Monday. 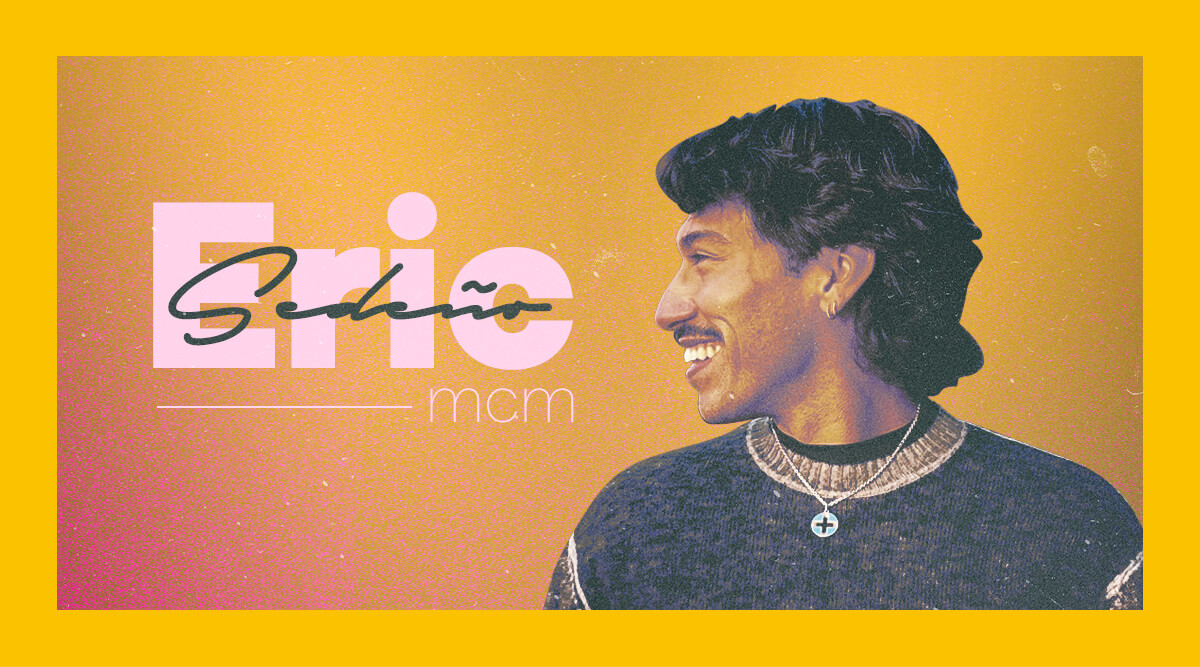 1. Eric has a giant collection of mugs.

"Whenever I go on a trip somewhere new, I buy another mug. It has become a storage issue in my life, but at this point, I can't stop."

2. When it comes to Eric's favorite things about himself, his smile and his laugh are a tie.

Also read about: Everything You Wanted to Know About Pop Singer-Songwriter Jake Scott

4. What's the weirdest rumor Eric ever heard about himself?

"There was a rumor circulating about me back in the day that I was gay—but that one actually ended up being true, so…"

5. He loves dyeing his own clothes and would love to get better at it.

"People on the internet might disagree that I have made any improvements."

Also read about: Everything You Wanted to Know About Rapper and Singer-Songwriter Duckwrth

6. The last song he had stuck in his head was "Kill Bill" by SZA.

"I dont even want to kill my ex or anything—I just think its a really good song."

7. After a tough day, he loves to unwind with a glass of wine and a phone call with someone he really loves.

8. He used to play both soccer and football—though he never had a great grasp of the latter.

"I still think that it's funny that I played football for three years and truly and honestly never knew what the difference between each play was. I was just running around like a chicken with its head cut off."

9. His most used word is "literally."

"I literally cannot stop. (People want me to say slay here, but I can't give in to peer pressure)."

Also read about: Everything You Wanted to Know About English-Irish Pop Trio New Rules

10. When we asked him if he's ever been inspired by a fictional character, he responded with "Wendy Williams."

"She's not a fictional character, but something about her is so unreal to me."

11. Eric wants his fans to know that even though he really disliked himself for a long time, that's not the case today.

"People don't know that it took many years of internal battles to finally fully love myself for who I am and what I have to offer. So now I think at the core of everything that I do is a deep-rooted love for myself, and I think that people feel that when they see my videos."

Curious about our other Man Crushes? Click HERE to learn all about country star Chase Matthew.