Everything You Need to Know About Actor and Singer Erich Schuett

Actor and singer Erich Schuett has quite the resume.

He's been performing since he was five, studies opera, theater and pop singing at Juilliard, and has performed across the U.S. and in Italy, Germany, England, France and Australia. Seeing as he's just 16, we think there's a lot more where that came from. Keep reading to find out everything you need to know about Erich. 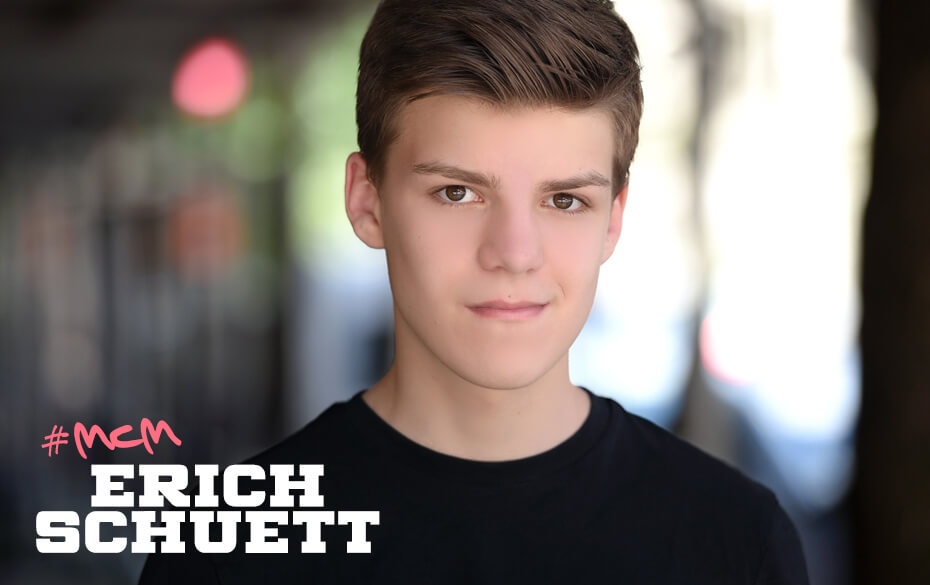 1. Erich's favorite color is green—he jokes that he loves it because it's the color of money.

2. His go-to Starbucks drink is the Double Chocolate Chip Frapp.

3. The last celebrity he got starstruck over was theater performer Andy Karl.

"He's funny and has an amazing voice. Anyone who saw him in the Groundhog Day musical knows what I mean. I had the pleasure of meeting him and his wife Orfeh after seeing Pretty Woman. He is so down to earth and real and mega talented."

4. A good meme never fails to make him smile.

5. The Matrix has had a massive impact on him.

"It really set the whole deep and convoluted plot thing up for me. It made me dig deeper and think more."

6. He has an adorable 3-year-old Goldendoodle named Apollo.

7. What's the biggest risk Erich ever took? He says he's right in the process of it.

"As much as I love singing and have accomplished so much, including attending Juilliard as a vocal student, I've fallen in love with all things acting. I love developing a character and bringing it to life."

8. The last song he had stuck in his head was "Repeat Stuff" by Bo Burnham.

"I play it and sing it non-stop. It's hysterical, and not typical of anything I would be singing at Juilliard."

"From a very early age, I was fascinated by cars. I watched every Hot Wheels cartoon and have collected thousands of them over the years. I just got my permit to drive, so I'm looking to buying my first car now!"

10. He has a photographic memory.

11. If he could travel anywhere in the world for a week, he'd love to revisit Australia.

"I loved performing at the Sydney Opera House and exploring the country. It's huge and beautiful, and everyone we met was super down to earth and friendly."

12. He breeds fish at home, and has several tanks set up. Most recently, a brand new batch of guppies were born.

"I've used it since I started performing. It's also a hashtag, and it was picked up by one of my reps, Jester Clothing, so everyone can grab a shirt."

If you're celebrating Erich this Man Crush Monday, click HERE for more great captions for all your #MCM posts.