We Tried (and Ranked) the Top Fast Food Chicken Sandwiches

In recent years, the fast-food chicken sandwich has exploded in popularity, and with various restaurants competing to be the best of the best, we all win.

Pretty much any place that sells burgers and fries also now offers a premium sandwich of some kind, but that doesn't mean that they're all created equal. In fact, while some joints are winning the game, others still have a lot of catching up to do. That's why we tried, and ranked, classic chicken sandwiches from nine fast-food restaurants. Keep reading to find out which ones we loved, and which ones you're free to skip the next time you hit the drive-thru.

While many fast-food chains were inspired by Popeye's now-iconic chicken sandwich, it seemed that McDonald's actually decided to take a page out of Chick-fil-A's book when approaching their own take. Served on a pretty basic potato roll with pickles, this chicken breast fillet is flavorful but has a less crispy batter. The chicken can also be a bit small, as well as dry, which isn't helped by the use of butter on the sandwich rather than a sauce. The result can be a bit of a soggy mess if you don't eat it the minute it's ready. 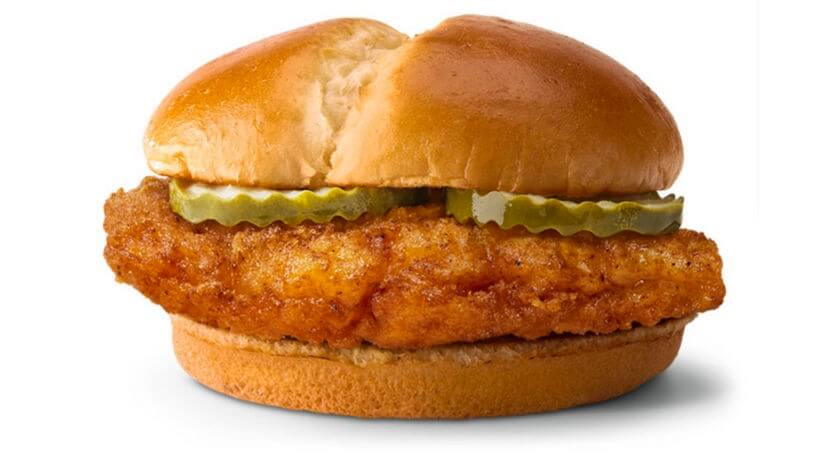 Also read about: A Ranking of the Best McDonald's Snacks to Hold You Over During A Busy Day

Arby's tends to march to the beat of its own drum, so its chicken sandwich doesn't really resemble any of the others on this list. The bun is a little fancy, with a cross across the top, but it's the chicken patty that's definitely the highlight. It's pretty moist and flavorful, with a well-seasoned batter with a bit of crunch. However, it might go too hard on the veggies, with tomato in addition to shredded lettuce, and the pieces don't all perfectly complement each other. The sandwich also has one major fault, which is that they don't put nearly enough mayo on it. We actually thought it was sauceless until we got a few bites in, and the bits without mayo are simply far too dry. 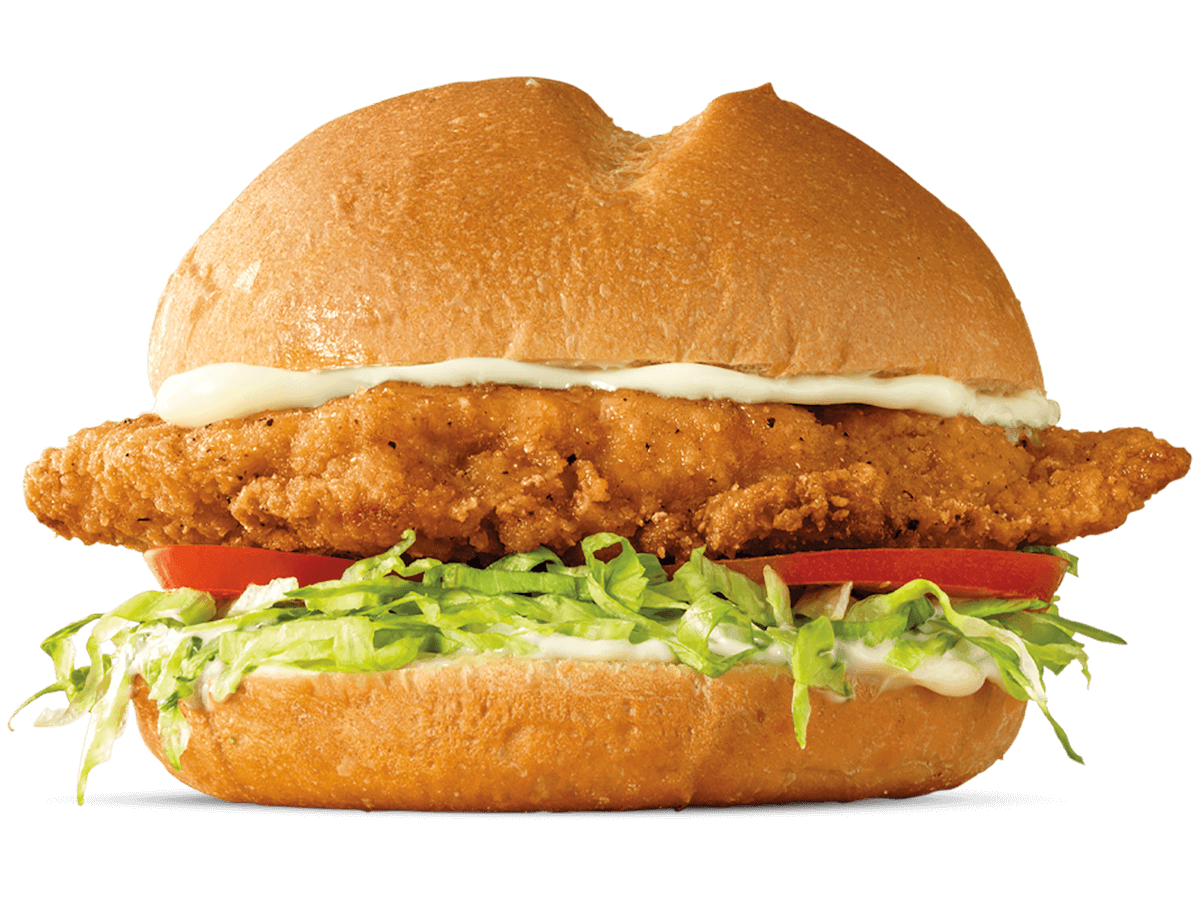 Also read about: A Definitive Ranking of Arby's Sauces

KFC's Chicken Sandwich has most of the makings of a great chicken sandwich. The brioche bun is both fluffy and delicious, and the pickles add a bit of kick that pairs well with the tangy mayo. The downside is that, while the KFC website says this sandwich makes use of a chicken breast, whenever we order it locally, we get chicken strips inside, instead. With the strips sitting under a heat lamp for a while, they can get pretty dry and take on a weird texture, so this sandwich rarely reaches the heights it might otherwise. 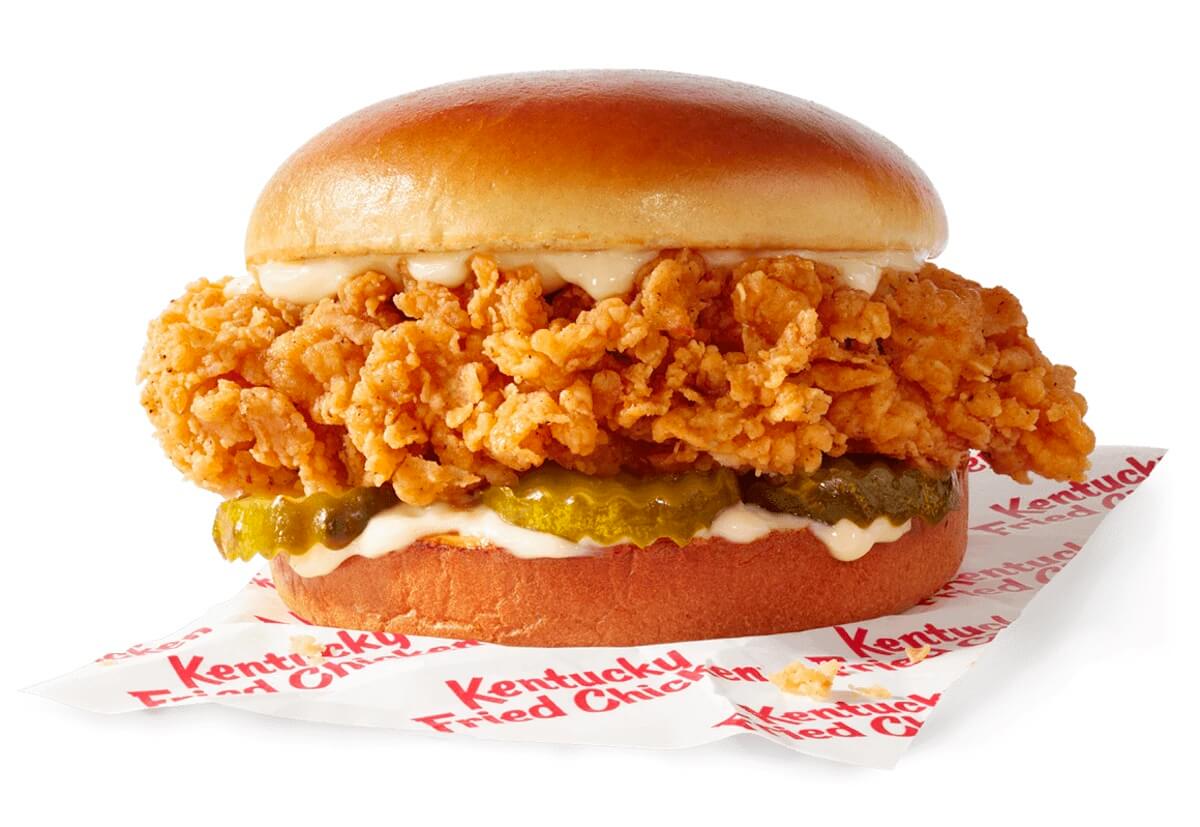 Chick-fil-A really doesn't follow the rules when it comes to their chicken sandwich, but maybe that's why it hits the spot so perfectly when you're in the mood for it. The toasted bun is slathered in butter, putting all of the focus on the chicken itself. This chicken breast is big, juicy and satisfying, but if you're looking for crunch, you won't really find it here. The batter can be a little soft, and even wet due to the butteriness and pickles, yet it still manages to taste fantastic. The sandwich is also super customizable thanks to Chick-fil-A's myriad of sauces, which definitely helps. 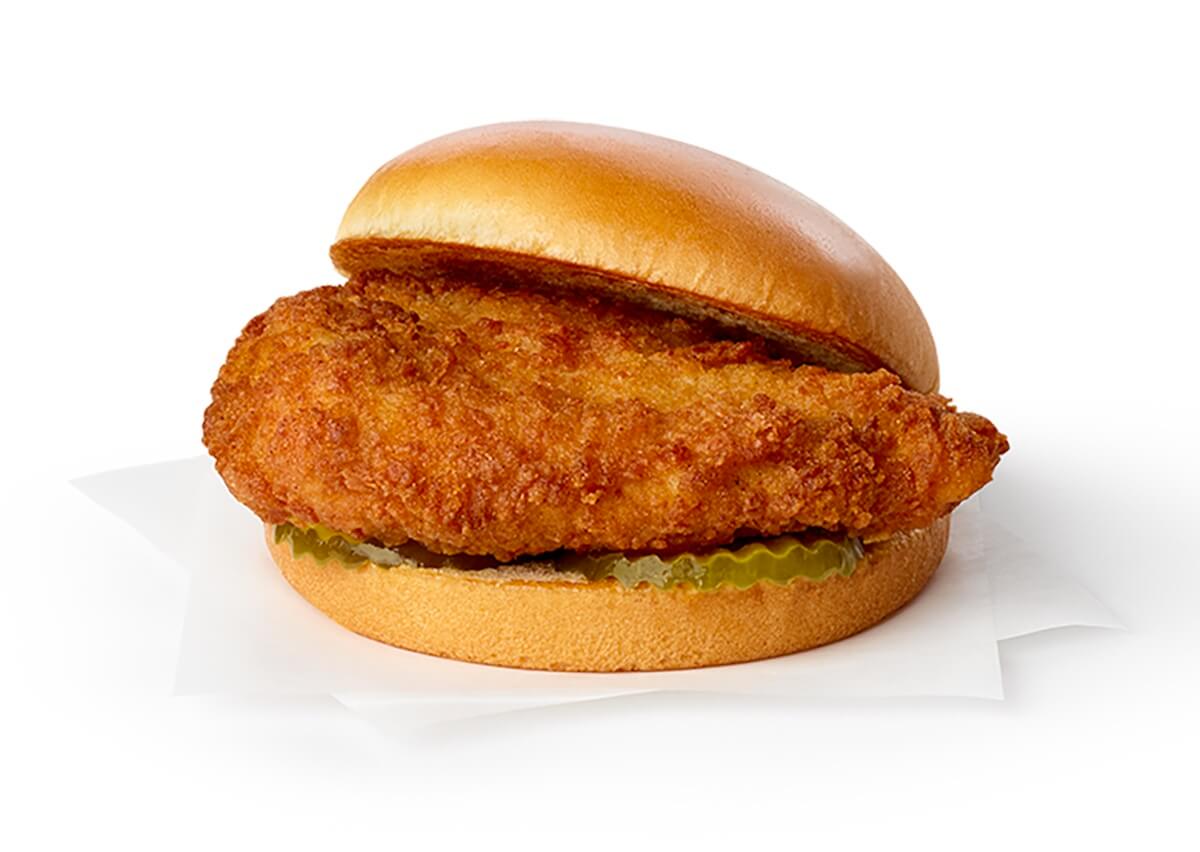 Also read about: Which Chick-fil-A Dipping Sauce Is Better Than All the Rest?

5. Jack in the Box Cluck Sandwich

When we think of Jack in the Box and chicken sandwiches, we tend to imagine the sad breaded patty of ground chicken and wilting, soggy lettuce you used to be able to get for a buck. This is nothing of the sort. With its soft brioche bun, a pretty juicy chicken breast and its crisp batter, this one's surprisingly great, especially with its pickles, and a secret sauce strangely reminiscent of Chick-fil-A Sauce. While this one is on the smaller side and can get pretty pricey, it's quite tasty nonetheless. 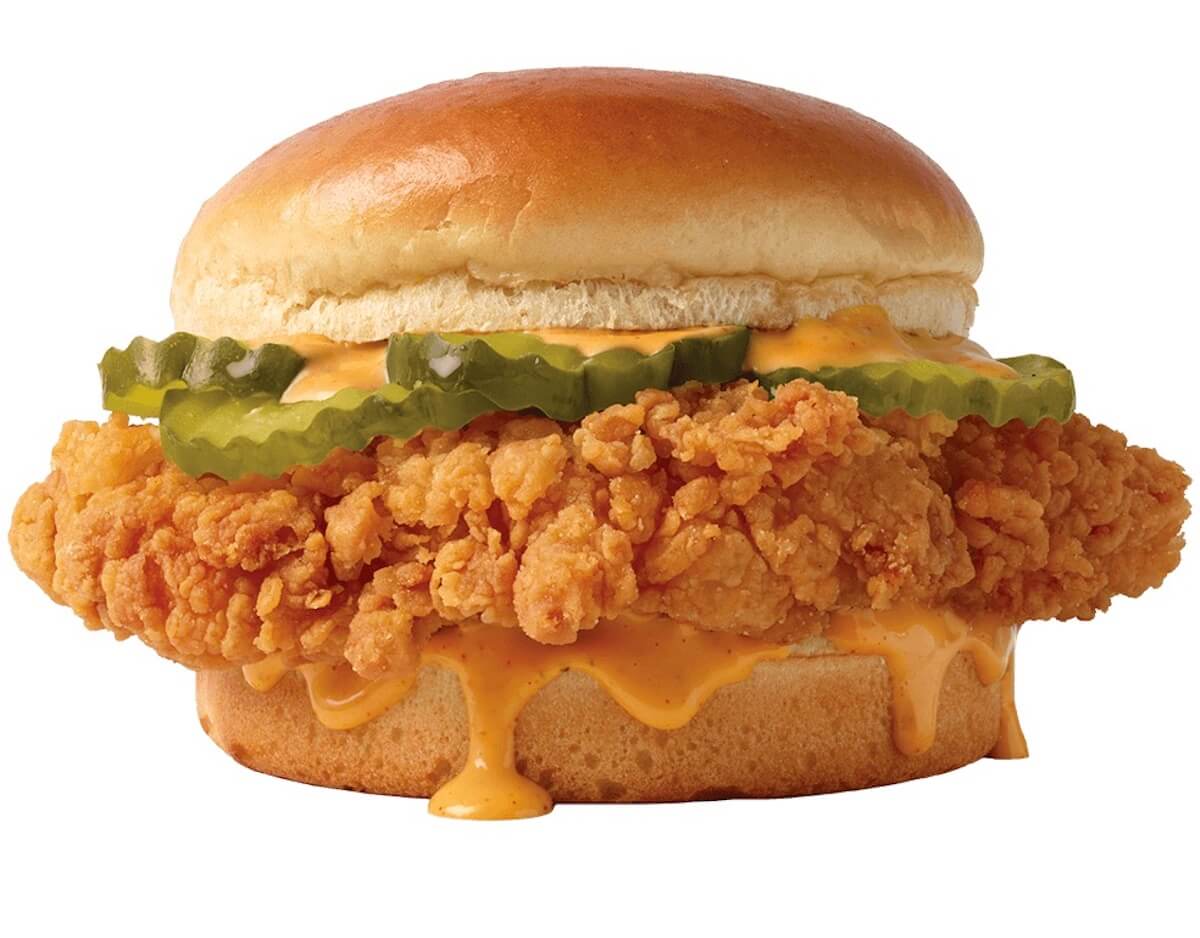 (via Jack in the Box)

Also read about: A Definitive Ranking of Every One of Jack in the Box's Desserts and Shakes

Raising Cane's is definitely the newcomer on this list, and with their limited menu, we're not too surprised that their sandwich is excellent. Don't be fooled—just because they use chicken fingers rather than a breast doesn't mean it's any less tasty. Despite the tenders not being super crispy, the seasoning in the batter really elevates the chicken, especially served on its fluffy, toasted bun. It also comes slathered in Cane's signature sauce, which lies somewhere between ketchup and mayo and complements the sandwich strangely well. If there's one downside, it's that they place the lettuce under the chicken, and it tends to get downright soggy under all of that steam and moisture, which isn't all that appetizing. 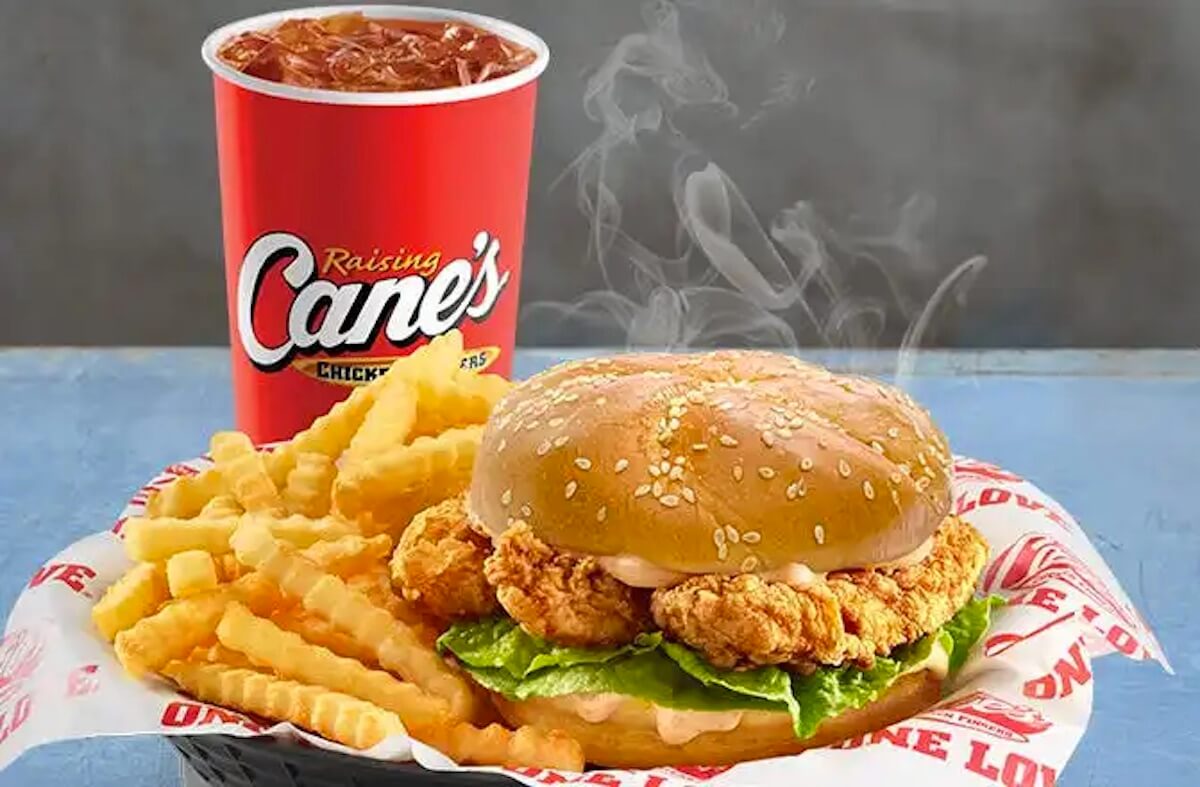 We love a good Wendy's Classic Chicken Sandwich. While the bun itself is really standard, the chicken breast is always tender and moist, with just the right amount of crunch and peppery flavor in the batter. While a lot of other sandwiches don't benefit much from the addition of veggies, we think the pickles with the fresh tomato and lettuce in this one all bring out the best in the chicken, especially paired with a generous amount of mayo. It's a little more expensive than some of the options on the list, but still surprisingly solid (and one of our local go-tos). 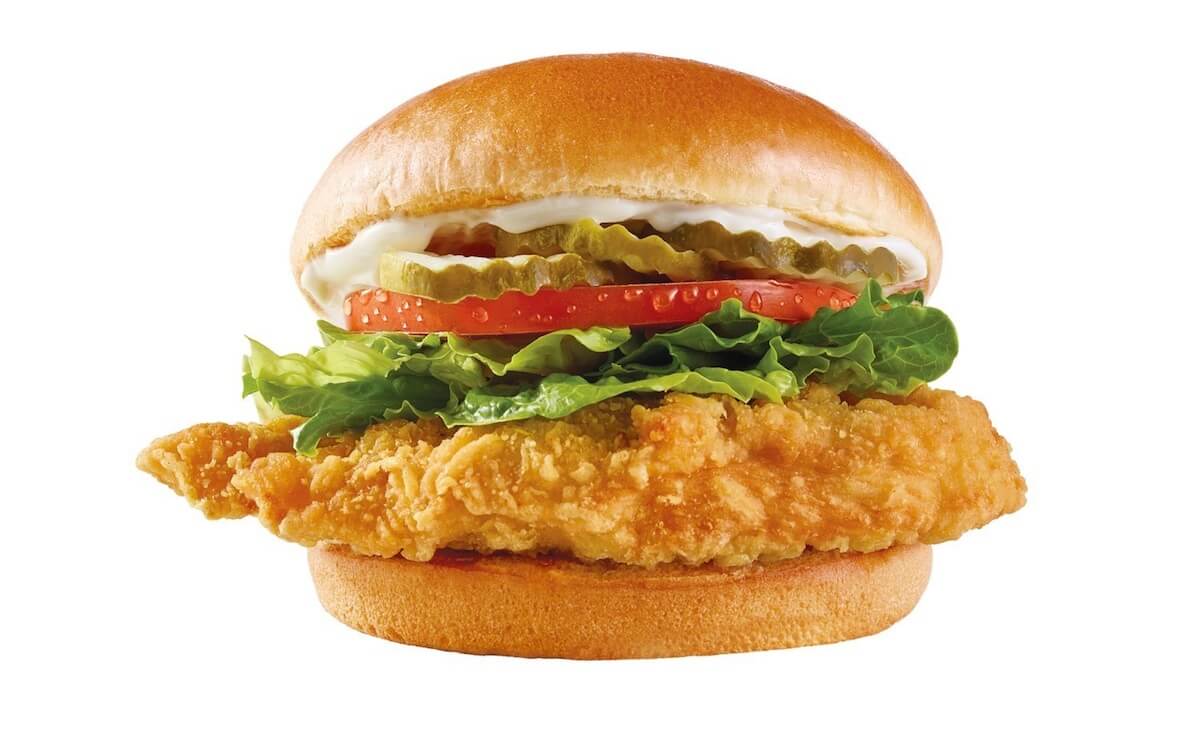 We have to admit this one caught us off guard—a Burger King chicken sandwich has no right being this good! The chicken itself is huge, crispy and tender, and served on a slightly sweet potato bun that works beautifully with the chicken. McDonald's should take note! It's made even better with thick slices of pickle, and plenty of creamy sauce, with a hint of savory sweetness, adding even more to the juicy goodness of the sandwich. 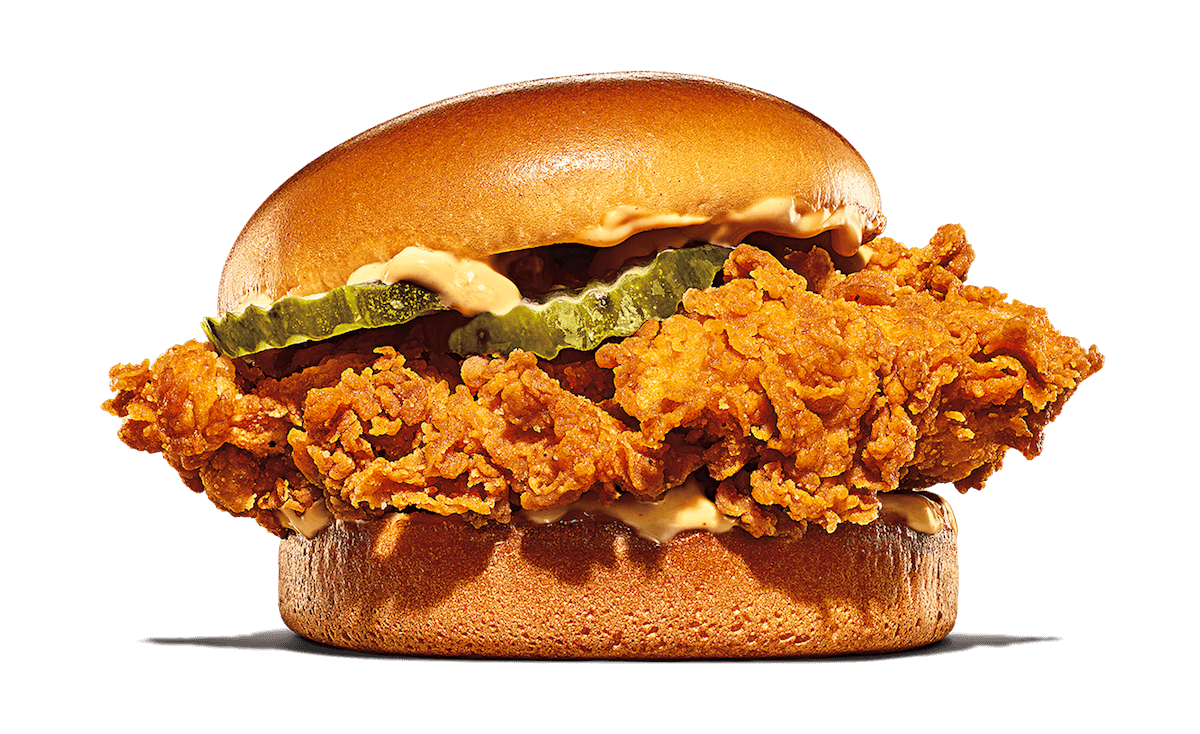 But Popeye's is the fast-food restaurant that really turned the chicken sandwich into a hot trend, and they're still the best of the best. Their brioche bun is shiny and tempting, and tastes just as good as it looks, while the chicken is so moist and tender, with the crispiest, most flavorful batter out there. It also comes with delicious pickles, and what looks like too much mayo, but is actually just right. Not only is it one of the cheapest chicken sandwiches around, but it also forced everyone else to up their game, and that's why they're still the winners. 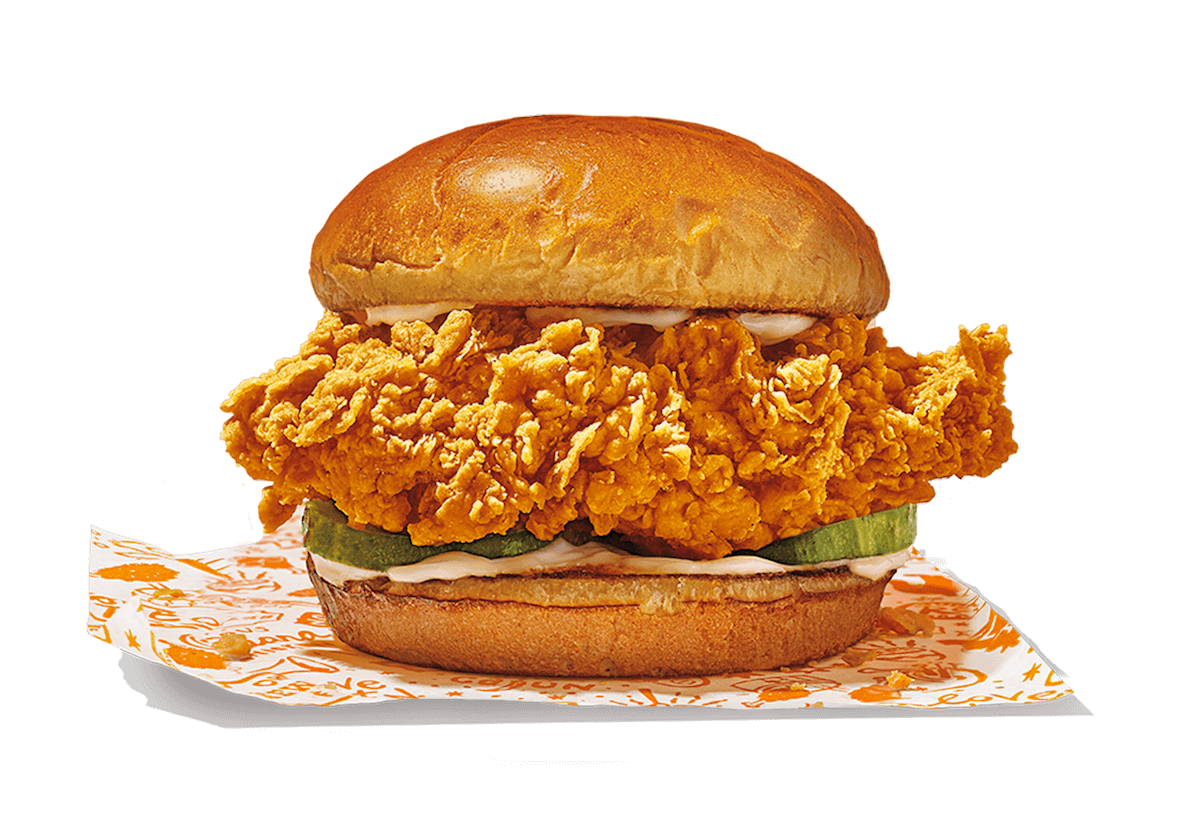 Loved this ranking? Click HERE for our definitive ranking of fast-food chicken nuggets.