Want to Snack Smart? These 19 Fast Food Indulgences Are 300 Calories and Under

While we're not big calorie counters, we do think that it's generally good to be aware of what you're putting into your body.

And while fast food is cheap, accessible and oh-so-tasty, it's not always the best for you. In fact, it's all too easy to get all of the fat, calories, cholesterol and more your body wants and needs for the entire day in a single sitting if you're not careful. If you are paying attention to calories, keep scrolling for 19 fast food indulgences to enjoy that all have 300 calories or fewer.

This Arby's sandwich may just be a slider, but this little sandwich is packed with flavor. It includes pepperoni, salami, provolone and marina on a bun, so it'll satisfy your taste buds without overfilling your tummy. 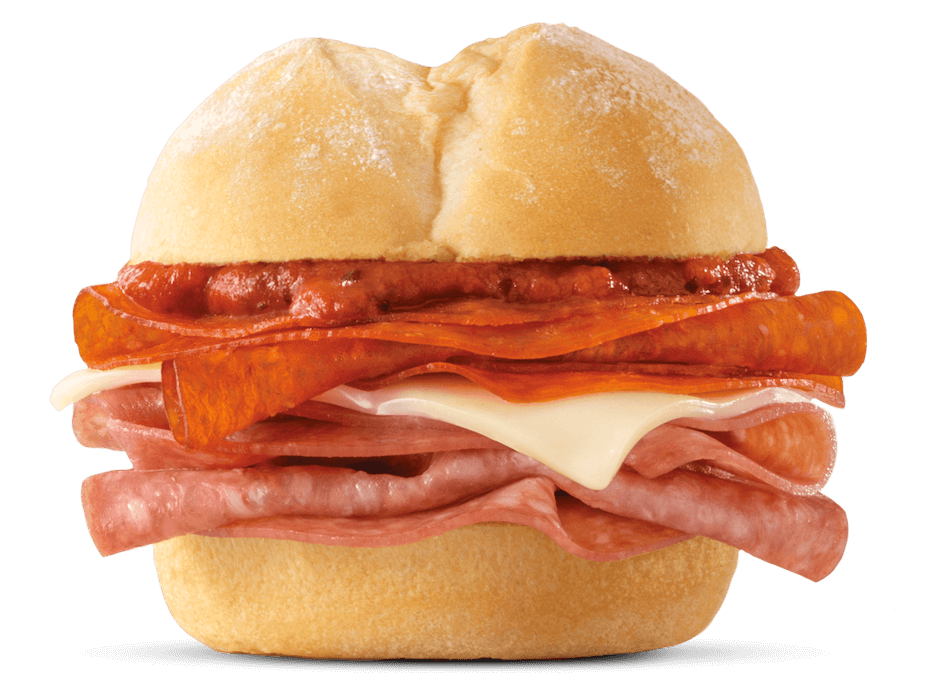 Need a little more heat in your slider? This small sandwich includes an Arby's crispy chicken tender dipped in their signature spicy buffalo sauce. It's also topped with a ranch sauce to give the full wing experience.

Chick-fil-A's nuggets may not be as iconic as their chicken sandwiches, but they just as juicy, crispy and full of flavor—though dipping sauce will add a few extra calories. 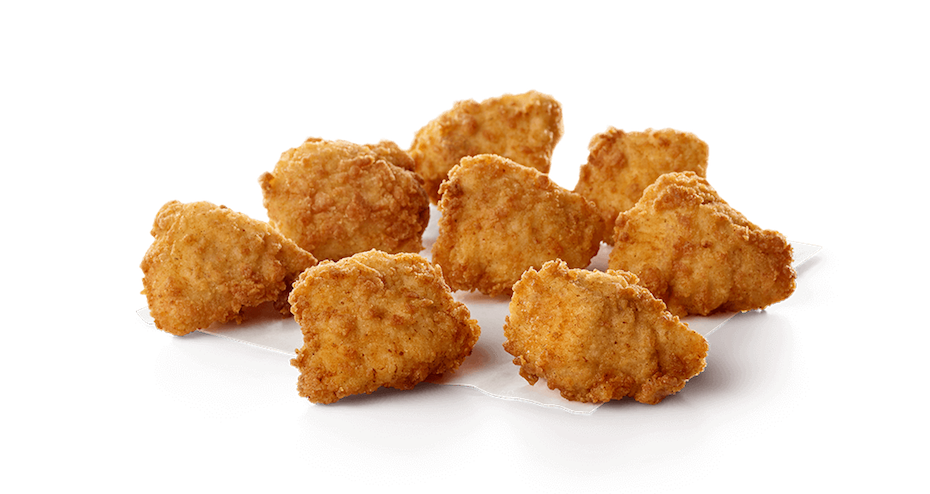 If you're looking for a low-cal breakfast option, look no further than Chick-fil-A's Egg White Grill, featuring a folded egg white, cheese and a grilled chicken patty on an English muffin. It'll fill you up without weighing you down.

If you're really hungry, you may want to go for a 12-count order of Chick-fil-A's grilled nuggets. 12 of these babies will net you fewer calories than eight of the fried variety, and that leaves plenty of room for delicious sauce!

Here's another small sandwich that packs a big punch. A chicken tender is served on a bed of pickles and mayo, sandwiched between two sesame buns. The only issue here is that you might be tempted to have more than one. 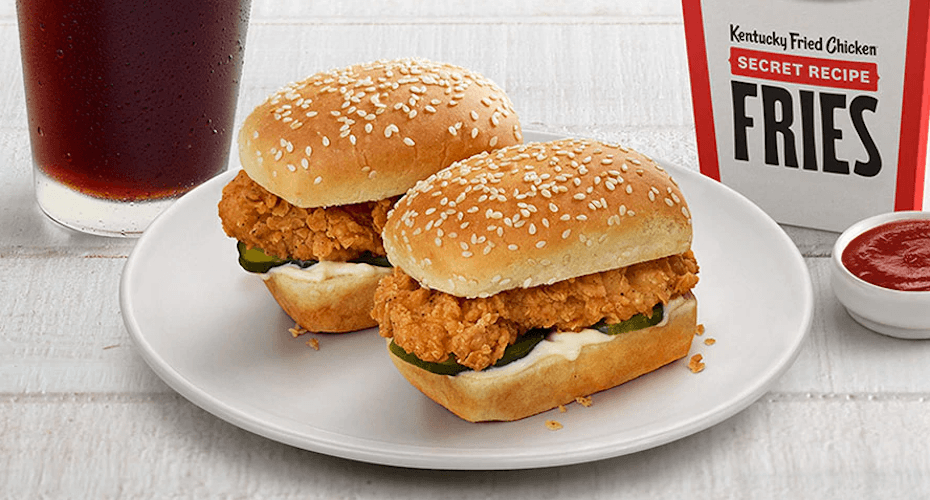 Popcorn chicken is an irresistible snack, which you can enjoy even if you're watching calories. The kids' size of the meal clocks in at 290 calories, so feel free to get popping.

KFC's Famous Bowl combines all of their best sides and snacks into one tempting meal, and the snack size will sate your cravings. It consists of popcorn chicken and corn served over mashed potatoes and gravy and topped with shredded cheese.

Yes— a 6-piece order of Chicken McNuggets is just 250 calories, and we are very excited by that news. These nuggets are iconically tender on the inside and crispy on the outside, and they're all too cravable. Plus, if you're not feeling super hungry, you can downsize to the 170-calorie four-piece. 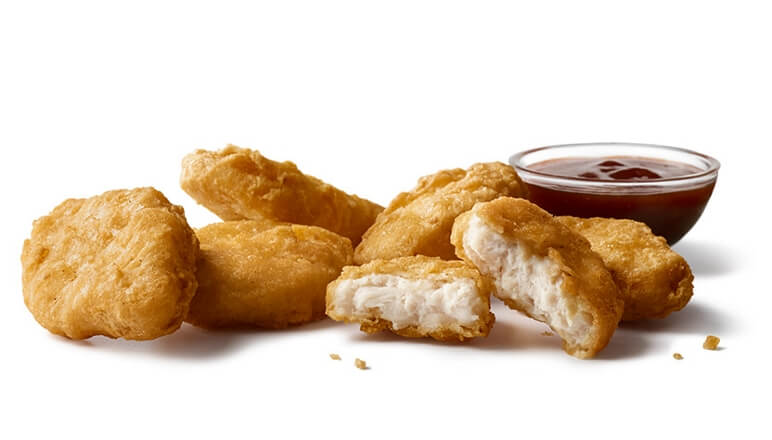 It's a little hard to believe that this satisfying McDonald's staple is just 300 calories. The McMuffin consists of Canadian bacon, an egg and a slice of cheese served on an English muffin, making it the perfect start to your day.

But if you want your McDonald's breakfast to have a bit more of a punch, try their Sausage Burrito. It wraps up sausage pieces, scrambled eggs, bell peppers and cheese in a tortilla, which also makes it a great snack for when you're on the go.

Starbucks is a great choice if you're looking for a tasty breakfast treat that doesn't pack loads of calories—though we won't blame you if you happen to pair yours with a sugary drink. This English muffin sandwich is filled with turkey bacon, egg whites and cheddar, making it as filling as it is tasty. 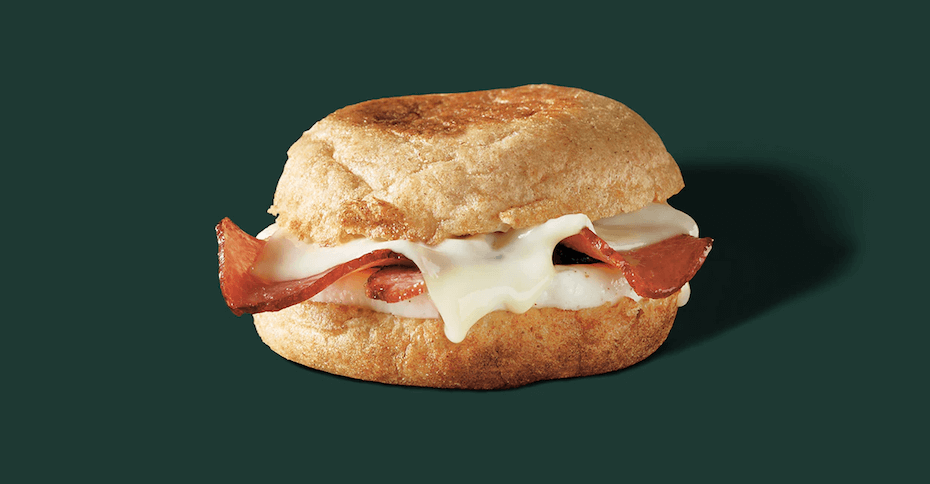 For a slightly bolder flavor, try Starbuck's Spinach, Feta & Egg White wrap. It wraps up an egg white omelet with spinach, feta cheese and a sun-dried tomato cream cheese within a wheat wrap for something snackable yet refined.

Starbucks sous vide bites don't provide a ton of food, but they are tasty and protein-packed to keep your morning going. It's basically bacon pieces and tasty cheese cooked inside of an egg, and it's almost too good.

Starbucks just gets breakfast. This unique bake combines potatoes, cheddar cheese, spinach, onion, chives and eggs to create the perfect morning meal. It's also full of protein, so it'll fill you up and taste delicious.

Surprise—even a taco with all of the fixings and a Dorito-dusted taco shell can fall well under the 300 calorie mark. This one comes in a Nacho Cheese Dorito flavor, and is loaded with sour cream, cheese, lettuce and tomato. 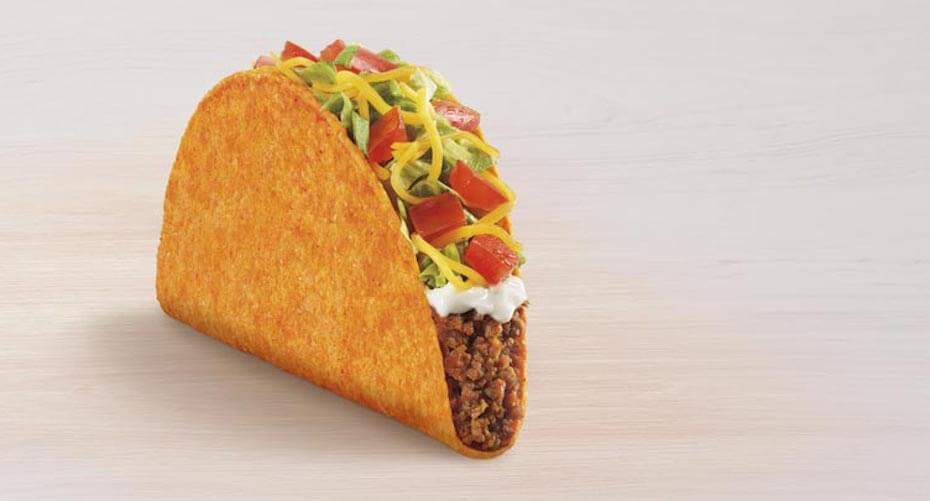 Sometimes, simple meals are the best ones. Taco Bell's Cheesy Roll Up is just a three-cheese blend wrapped up in a flour tortilla, and that's what makes it so good. And did we mention it's only 180 calories?

Here's another delectably simple item that doesn't even hit the 200 calorie mark. It's just chicken, cheese and chipotle sauce rolled up into a tortilla, but it's perfect for helping you get your Taco Bell fix.

What's better than regular chicken nuggets? Spicy ones. In our book, Wendy's has the best of the best when it comes to spicy fast food nuggets, and their six-piece clocks in at 280 calories. And if you prefer yours un-spiced, you can knock 10 calories off the count! 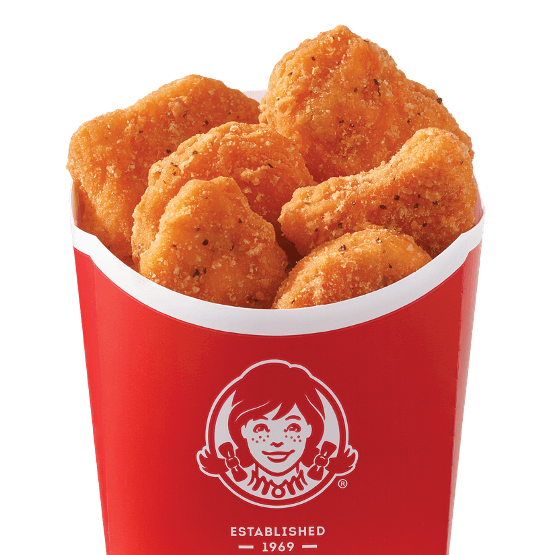