What Your Favorite Mall Food Court Restaurant Says About You

Picking up mascara at Sephora or talking to the team at the Apple Store's Genius Bar may be the reason you head to the mall, but let's be honest here: half the point of making a mall trek is to indulge in a quintessential mall meal or snack.

No one knows why things seem to taste better when they come from a mall food court. Is it the nostalgia factor, or is it just the right amount of cheese, cinnamon sugar or soy sauce (obviously, not all together) that makes these treats extra delicious?

Whatever the reason, the mall food court is basically holy ground. And while it's normal to be tempted to buy something from every window, we all have that one favorite spot we just can't resist.

Have a favorite in mind? Read below to find out what your favorite food court restaurant says about you.

It's Michael Scott's favorite pizza joint in NYC. If it's also yours, you're someone who is perpetually go-with-the-flow. You're unfussy and unpretentious, but not exactly the most adventurous human being out there. Pepperoni is about as extreme as you go, and honestly, it's sometimes a little spicy for your liking, you know?

You, Orange Julius stan, are the ringleader of your squad. You arrange the carpools, host the best birthday parties and recommend the Netflix show that everyone gets hooked on. 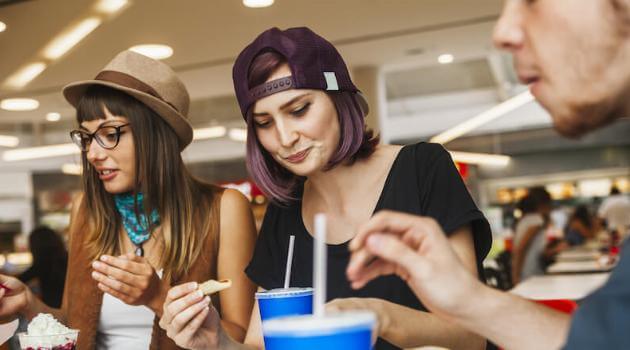 You're warm and kind, and always give your friends advice in a way that's so compassionate, they may actually take it. You don't like drama, and you actually mean it when you say that. Fortunately, your friends respect you too much to drag you into it.

You live for a little gossip, but it's because you're an extrovert who loves long conversations, not because you're cool talking about people behind their backs. You love being the center of attention but you tell great stories so no one is that mad about it.

You may come across as flaky at times, but you would do anything for your friends when they really need you. If they don't really need you, however, you may accidentally fall asleep mid-text. 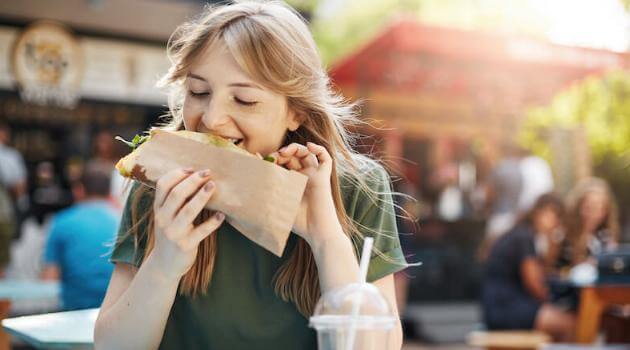 You may not talk much, but when you do, it's to chime in with an incredibly fun idea or solution to a problem. You tend to move from group to group instead of having a core squad, but pretty much everyone thinks you're downright chill.

You're the person who is always down for a crazy scheme—the Ferris Bueller of your friend group, if you will. Yes, sometimes you take things a little too far, but no one would dare say that you aren't a fun time, in the food court or out of it.

Want to read more about the mall? Click HERE to find the best Instagram captions for your shopping pics.