The 10 Nintendo Switch Games We'll Be Playing All Summer Long

Since it changed the world back in 2017, the Nintendo Switch has been our gaming console of choice.

The fact that it can be played either docked and hooked up to the TV or handheld, so you can play around the house, in bed or literally anywhere else on the go makes it so easy to pick up and play anytime, anywhere. Even better? It features so many games for all types of gamers, and this summer has been packed with great releases. Curious about what we'll be playing all summer long? Just keep scrolling for our picks. 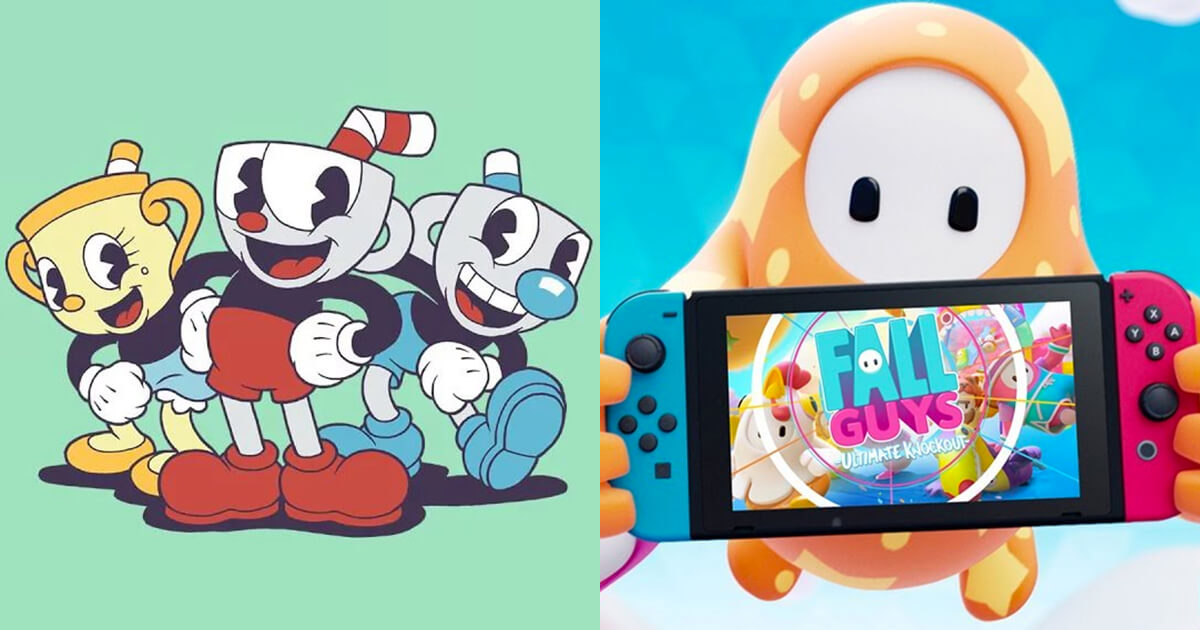 Unpacking has actually been on the Nintendo Switch since November of last year, but this summer, we keep coming back to it when we need a quiet, cozy moment to decompress and chill out. It's a game all about moving into new spaces and the process of unpacking and getting settled in, with the entire narrative told through the owner's possessions and where they fit into each of her new homes. While it definitely involves some organization and decorating skills, it's really a game about making a space feel like yours, making it perfect for quiet, reflective moments.

Bugsnax and The Isle of Bugsnax DLC: $24.99 with free DLC

How does one even begin to describe the wonder that is Bugsnax? This unique game sees players as a journalist traveling to Snaktooth Island to track down an explorer, only to find that she's missing, and the island's inhabitants have become obsessed with Bugsnax. As the name implies, Bugsnax are kind of a combination of a bug and a snack, and eating them transforms the body parts of muppet-like Grumpuses to resemble said snacks. The game is partially about befriending the inhabitants and making relationships with them, but that's mostly done through the process of capturing Bugsnax—not unlike Pokémon—with various traps and tools (and the help of some tasty condiments). It's a truly wild game with characters that are at the same time cartoony and complex, with some horror elements thrown in for good measure. We got so obsessed we went and 100%-ed the game. After playing, you won't be able to see a hamburger without dopily bleating out, "bunger, bunger, bunger," and we think that's a beautiful thing.

Card Shark isn't quite like any other game we've played, and that's what we love about it. In this title, taking place just before the French Revolution, you play as a mute tavern boy who gets recruited by one of France's most infamous card sharks to become his assistant and learn the tricks of the trade. As you play, you'll learn and implement real card tricks used by schemers across the ages as you rise in rank and uncover a deep conspiracy. The gameplay consists of minigames representing each of these different sleights of hand, and with the tension building as suspicions rise, it only gets more and more satisfying to pull them off. Plus, if you're not quite sure if Card Shark is your type of game, there's also a free demo to get a taste before you invest.

Also read about: Card Shark Is a Game About Cheating at Cards, and It's a Blast From Start to Finish

The last Mario Strikers title, Mario Strikers Charged, came out back in 2007, so fans were more than ready for the series' return, and Battle League is the chaotic soccer experience everyone was waiting for. The game consists of fast-paced and ridiculous five-on-five matches between Nintendo's most iconic characters, with each one having their own unique abilities and customizable equipment to really mix things up. This is one you'll definitely want to play with friends, with the matches getting more exciting and frenetic as your understanding of the game and its mechanics grows.

Wii Sports was the reason that everyone and their grandma had a Wii back in the day, so the return of the series in Nintendo Switch Sports was more than welcome. This time, instead of Wiimotes, players use Joy-Con controllers to play returning games tennis, bowling and chambara—but these games have some exciting updates, and there are also new sports in the mix. Badminton and volleyball offer a bit of variation on the classic tennis game, while the soccer game is something entirely new—and made even more exciting with the help of the Leg Strap accessory.

Teenage Mutant Ninja Turtles: Shredder's Revenge brings on all the nostalgia in the best way possible. This beat-'em-up has a totally modern feel while drawing inspiration from the classics that came before it, and we literally can't play it without big smiles on our faces. If you're a fan of the Turtles, you'll see the incredible attention to detail at every turn. You can also play with up to five friends, locally or online, to dial up the damage, and while we'll always main Donatello, we love that April O'Neil, Casey Jones and Shredder are all playable options, in addition to the classic turtles.

Just because the Pocky & Rocky series isn't as well-known outside of Japan doesn't mean it's not a series worth checking out, and Pocky & Rocky Reshrined is an awesome ode to the classic games while being something entirely new. We were first attracted to its stunning pixel art and phenomenal retro soundtrack, but quickly fell in love with both the challenging gameplay and the game's depiction of Japanese culture and folklore, including all kinds of yōkai. It's a 16-bit-style scrolling shooter starring a shrine maiden called Pocky and a tanuki called Rocky as you work to defeat the evil Black Mantle, who seeks to use his brainwashing powers to conquer Japan. You'll want to see this one through to the very end—especially because it unlocks the two-player mode, which makes the game even more fun.

When we heard that Fall Guys was coming to the Nintendo Switch, we couldn't wait for its arrival, and the fact that it's also free to play is the cherry on top. This battle royale game sees 60 bean-shaped characters from around the world competing in various hilarious challenges, with players eliminated at every round. Every lobby can only have one winner, and there's nothing like the thrill of besting 59 opponents to nab that coveted crown. But, even if you aren't getting first place, it's still a ton of fun, and the fact you're racking up points to unlock all kinds of costumes and other goodies along the way definitely helps.

Fans have been anticipating the release of Cuphead's Delicious Last Course DLC for years, and now that it's finally here, it's clear it's been worth every second of the wait. Not only does it feature a bunch of new ultra-hard bosses with more complex animations and moves than ever (plus a few secrets for the most avid explorers), but it also introduces new weapons and trinkets that'll make you want to revisit every previous boss to top your old scores. And we can't forget the addition of Ms. Chalice, a new playable character who's adorable and features a slightly different moveset from Cuphead and Mugman, as well as an extra hit point, to shake things up. After beating it, we can say it's worth every penny.

Also read about: The Wait for Cuphead on the Nintendo Switch Was Worth Every Second—Here's Why

When Dicey Dungeons originally came out on the Nintendo Switch, we played it non-stop, and with its brand-new free DLC, we can imagine we'll get obsessed all over again. It's a unique deck-building roguelike, where you build up characters to traverse dungeons and fight all kinds of fanciful creatures, with every move determined by the roll of the dice. It's equal parts a test of luck and skill, with different characters exhibiting completely different abilities to learn and master. The DLC introduces six brand-new episodes to keep the adventure going, and you don't even have to pay for them!

Love watching great games as much as playing them? Click HERE to check out our 10 must-watch speedruns from SGDQ 2022.