If you thought you've had a busy year, well, it was nothing compared to Taylor Swift's.

Not only did the Grammy winner release two brand-new surprise albums in the span of 12 months, but she also dropped the first of her six planned re-recorded albums. Fearless (Taylor's Version) is a redo of her 2008 sophomore album, and it features new versions of songs like "White Horse," "Love Story," "You Belong With Me," and "Forever & Always." However, it's not just those tracks that fans got to hear on Fearless (Taylor's Version). The singer also dropped six never-before-released tracks "from the vault," which, to put it literally, is music to any good Swiftie's ear.

There's a vault song for everyone—and, as Swift's songs are so easy to make personal to her listeners, there's likely one you identify with the most. What does your favorite vault song say about you? Find out below.

'You All Over Me,' feat. Maren Morris

If this is your favorite song off the vault tracks, you're an old soul who always gets props from your friends for being astutely self-aware. You prefer quiet nights at home to late-night ragers, and always have book recommendations on hand.

People may call you indecisive, but you prefer to think of it as that you want to experience as much of life as possible. You occasionally get called overdramatic, but you're always the funniest one in the room, and can make anyone laugh uncontrollably with your stories. 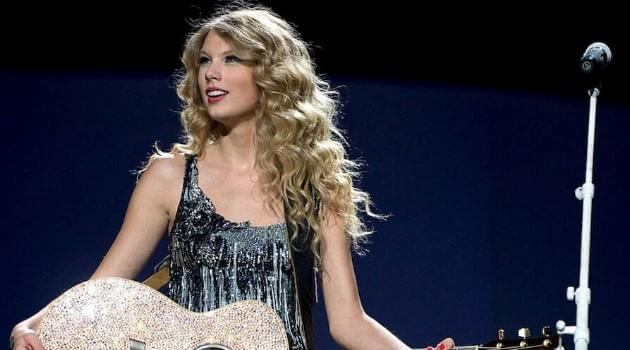 You have no problem telling people exactly how it is. Your unflinching honesty can sometimes make you seem harsh, but you never want to be mean: You just know that there's no point in sugar-coating things and having to backtrack later. You're a fierce defender of your friends and have excellent breakup advice.

You're a romantic at heart, and your ideal night is settling in with whatever new rom-dram is streaming this week. You keep a diary—or maybe a blog with a very hidden password—and you would be absolutely devastated if anyone read your most inner thoughts. Still, you have plans to publish a thinly-veiled novel someday.

You're an adventurer who dates mostly so you have someone to bring along on all your fun plans. (You know how in the song, Taylor talks about sneaking into a circus with her S.O.? That's already on your bucket list.) You love having tangible evidence of all your best moments, so you make photo books of your Instagram pics every few months.

You're confident and completely in tune with who you are. You never leave your friends on read and always have a fun, well-organized game plan for the weekend. When you're having a bad day, you don't sulk on the couch with Ben & Jerry's—you throw on the outfit that makes you feel the best and head out with your BFFs.

Want to read more about Taylor Swift? Click HERE to read about what your favorite Taylor Swift era says about you.