Let's face it, we've all fallen head over heels for a fictional character at least once in our lives.

But is the cartoon cutie you're currently crushing on the right guy for you? Your zodiac sign is revealing which fictitious heartthrob deserves your heart.

Keep scrolling to discover who it is. 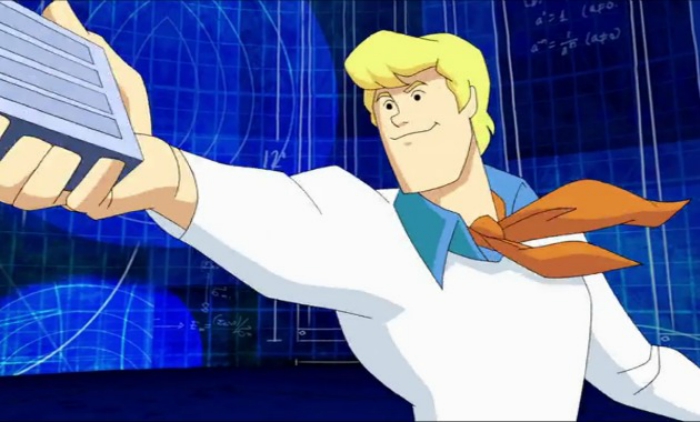 Why he's the one for you: You have an incredibly magnetic personality, so you have no problem attracting the attention of everyone around you. But that doesn't mean you fall for every guy who comes your way. You make them work, and Fred has the patience to prove he's the guy for you. Plus, you're rather curious, so he'll always keep you by his side to solve mysteries together. Does it get any more romantic than that? 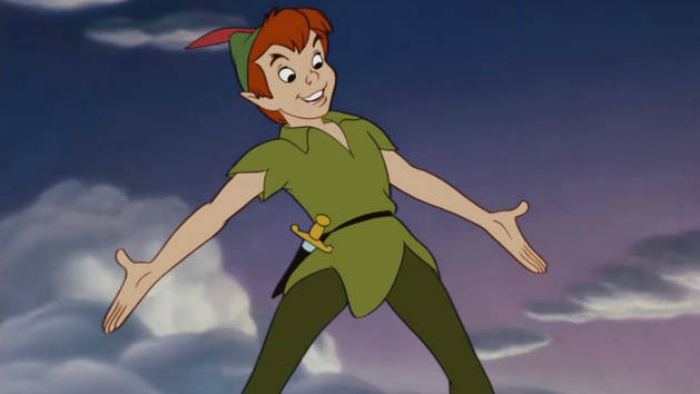 Why he's the one for you: Adventurous and outgoing, you're all about living life to the fullest. You appreciate your freedom, so you're not an easy one to tie down. But we think Peter Pan would be just the guy you'd want to be with for eternity. Like you, he's a free spirit who loves to travel. He'd sweep you off your feet (literally) and give you a tour around Neverland. Sounds like a dream! 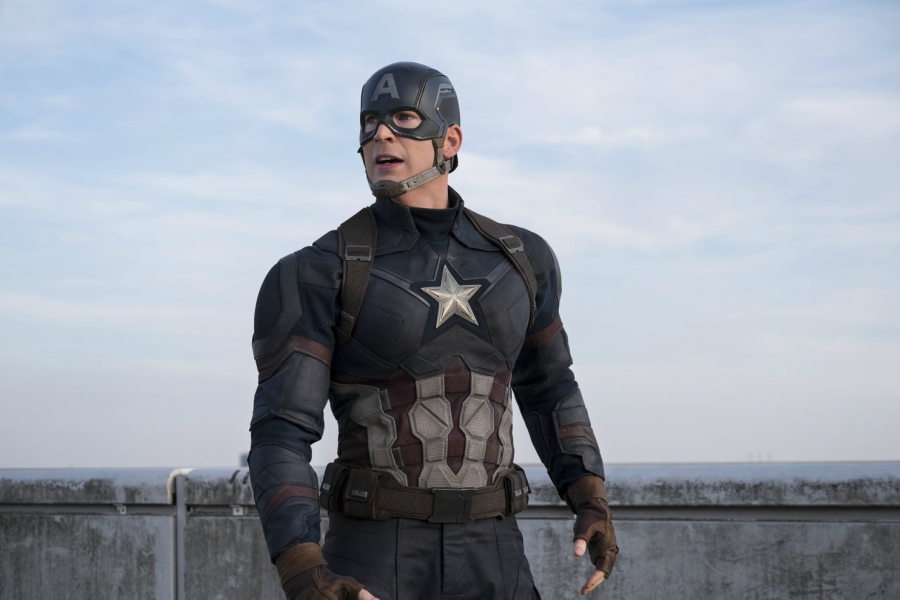 Why he's the one for you: You're the definition of reliable. You're overly ambitious, but persistent enough to make your dreams come true. And you simply ooze confidence. You know your worth, which is why you need a guy who understands just how special you are. That's where Captain America (aka Steve Rogers) comes in. With his sweet nature and good looks, he'll charm his way into your heart in the blink of an eye. And his sense of humor is right on par with yours. 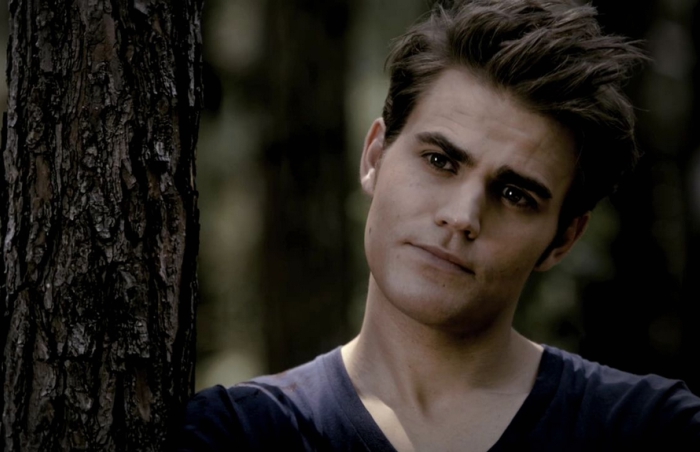 Why he's the one for you: As an Aquarius, you have quite the eccentric personality. You play by your own rules and never let anyone bring down your vibrant spirit. And while you long to find true love, you often act standoffish whenever it's the topic of conversation. The calm, cool and collected Stefan Salvatore is clearly the guy for you. He's mysterious, just like you, so you'll both want to understand what's really going on in each others' heads. 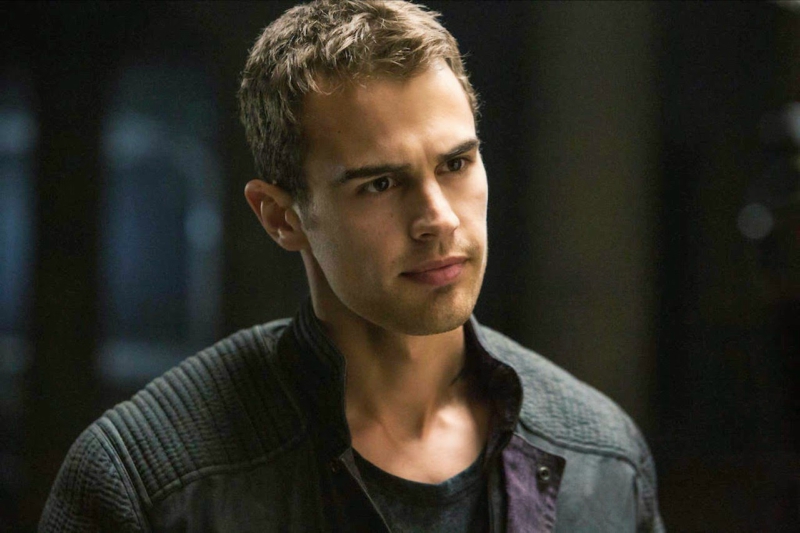 Why he's the one for you: Compassionate and selfless, you truly are the sweetest sign in the zodiac. Your kind disposition radiates through to give others a sense of warmth and love whenever they're around you. Four would be the perfect guy to have by your side, because you know you can trust him. You may have been hurt in the past, but he will be there to listen and protect you when need be. He's basically the perfect guy. 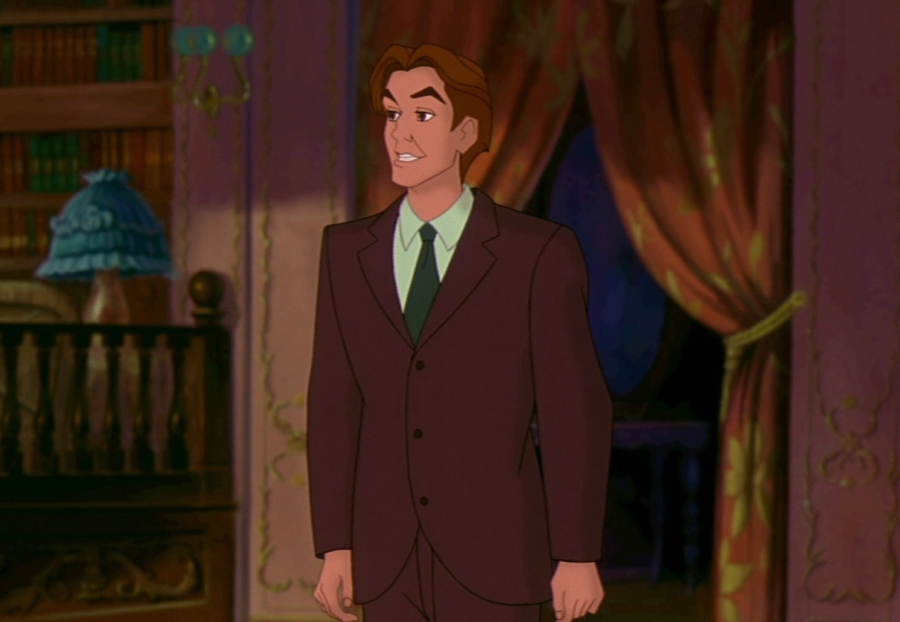 Why he's the one for you: Simply put, you're a ball of energy. You're nothing short of dynamic. You don't back down from a challenge, which is why Dimitri is the guy for you. The two of you will spar every now and then, but it's all in good fun. At the end of the day, he'll proclaim you the victor and shower you with affection to prove his unwavering loyalty to you. 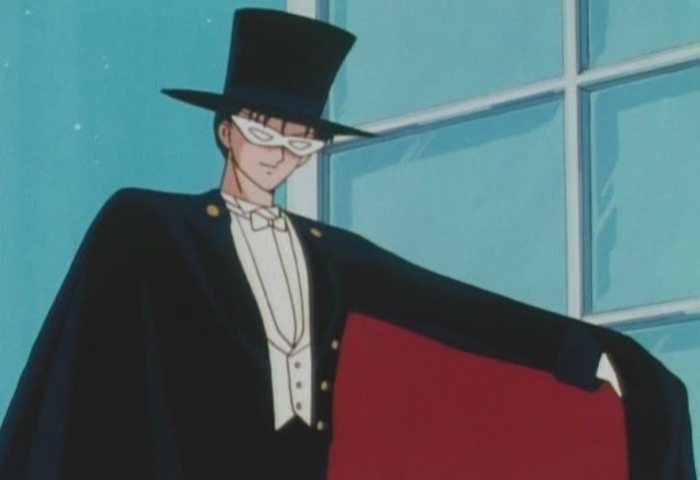 Why he's the one for you: You're a romantic person if there ever was one. But when it comes to relationships, for you it's all about the chase. You love nothing more than being courted and having a guy do everything he can to get your attention. Mysterious and chivalrous, Tuxedo Mask will get you to fall for him hard. He'll steal your heart with his affectionate gestures and sentimental personality. 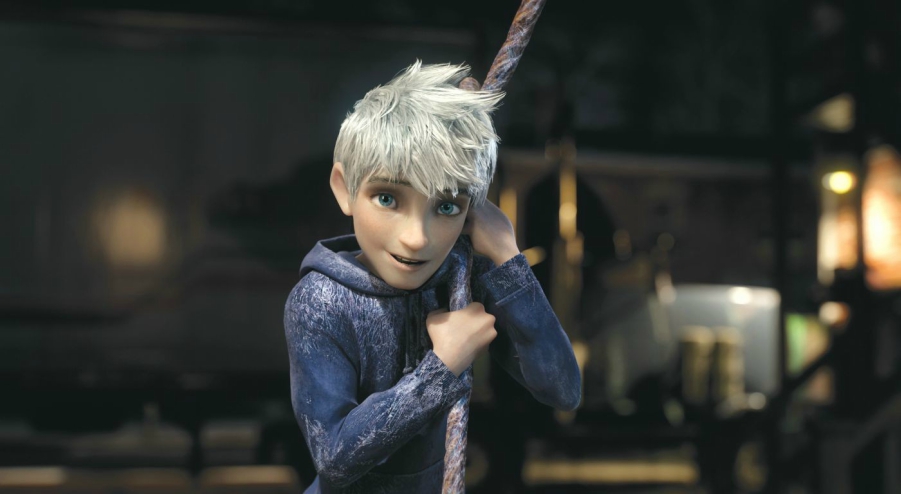 (Rise of the Guardians via DreamWorks Animation)

Fictional crush: Jack Frost from Rise of the Guardians

Why he's the one for you: Being the intellectual you are, you go for guys who can keep up with your highbrow conversations. You also have a quick wit that can get you in trouble from time to time, so you need just the right person who can hold their own against your sarcastic tongue. Jack Frost is your guy! You both have a similar dry sense of humor. Because you find great pleasure in learning new things, he'll be able to teach you a thing or two about the legends of Santa Claus, the Easter Bunny and the rest of the holiday heroes. 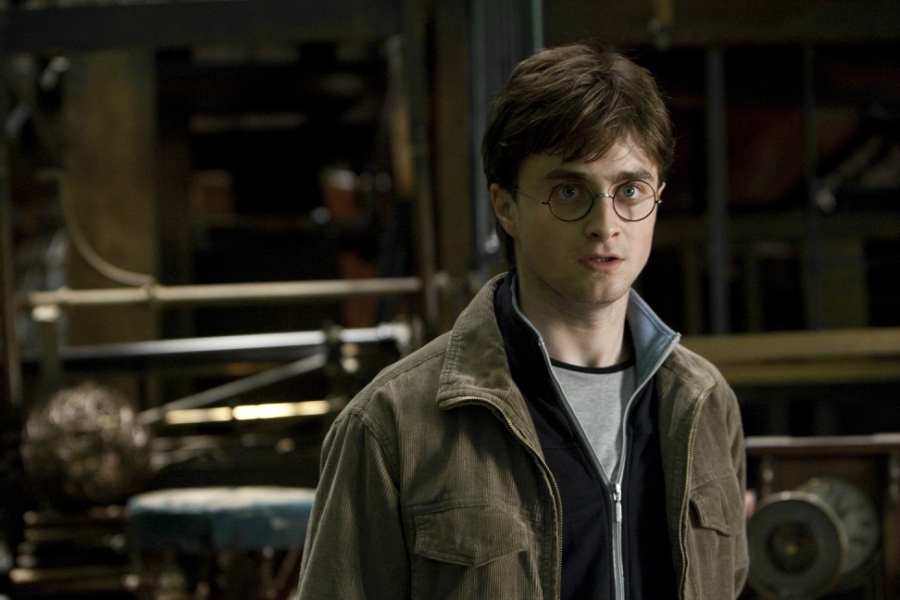 (Harry Potter and the Deathly Hollows: Part 1 via Warner Bros.)

Why he's the one for you: You're a complicated creature, Cancer. While you're always out and about having the time of your life, you dream of the days you can settle down with your one true love and be nothing but a homebody. You definitely have a hard time trusting people though, which makes starting a relationship a difficult task for you. But luckily for you, Harry is that honest, caring guy you've wanted. You better swoop him up now before somebody else does. 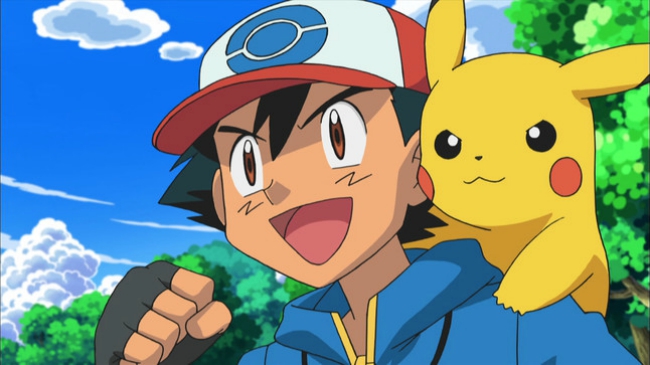 Why he's the one for you: You simply adore being the center of attention. While most people shy away from the spotlight, you embrace it. So you need a guy who will treat you like the queen you are. When he isn't off trying to catch 'em all, Ash will be showering you with plenty of love and affection. He may send his Pokémon to battle, but you know you won't have to compete for his heart. 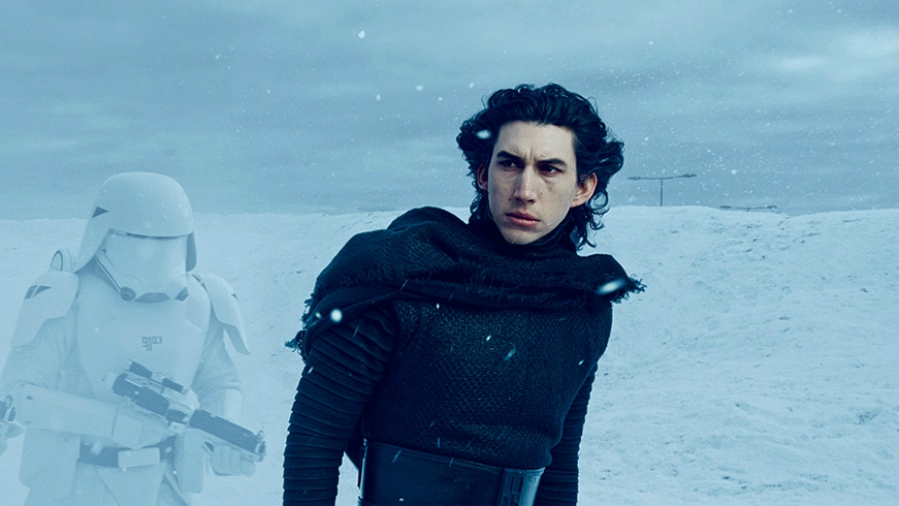 Why he's the one for you: While you can come off as cold and aloof, it's only because you're the most practical of the zodiac sign. We're not saying you don't believe in love, but a guy has to do a lot to convince you of his strong feelings. If there's anyone who understands what it's like to be misunderstood, it's Kylo Ren. You're seriously guarded, but Kylo will be able to get you to open up to him. 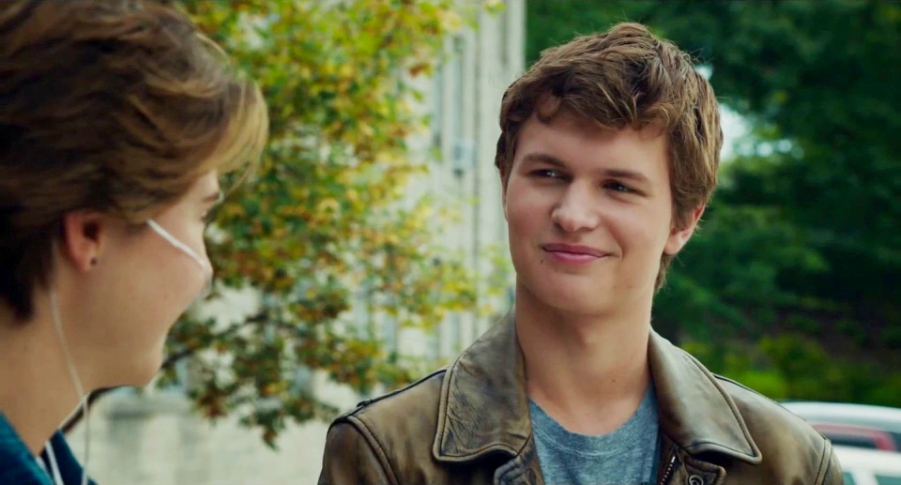 Fictional crush: Augustus Waters from The Fault in Our Stars

Why he's the one for you: You're a bit of a contradiction. On one hand, you can't get enough of the limelight. But on the other hand, you like being a background character. It may seem as though you're difficult to please, but the right guy knows how to take your breath away. What you look for in a guy is someone who can hold a conversation and listen to you intently. Augustus excels at both of those requirements, making him totally crush-worthy in your eyes. Plus, he'll plan some seriously romantic dates and be a constant reminder that he's into you.

Unfortunately, these guys are fictional, so your love will never see the light of day. But we know which very real British celeb should be your crush based on your zodiac sign and we're revealing it HERE.