Occasionally we find a song with such powerful and catchy lyrics that we want to play it on repeat endlessly.

Rachel Platten's "Fight Song" is one of those jams. 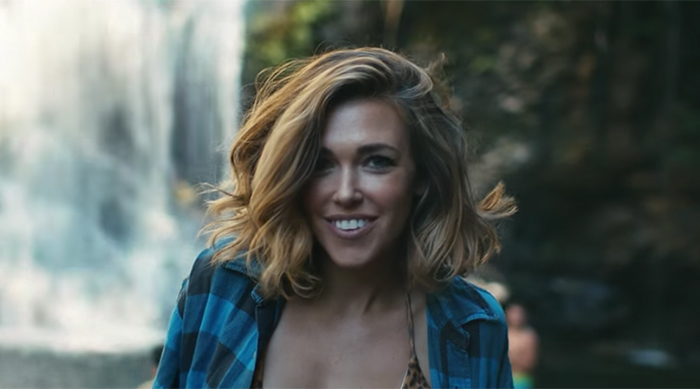 Rachel's inspirational song is what we personally turn to when we're having a rough day and need an extra push to get through it, but it's also what TV and movies turn to when they're looking for an uplifting song to supplement their footage.

Have you noticed that the song has been integrated into multiple media campaigns and sung by aspiring artists around the world? If not, take a peek at just five of the most influential times the tune has hit our screens.

In 2015, Ford used the song as part of their advertising campaign for the Ford Edge and Ford Explorer. We've never seen such heartening car commercials, tbh.

The superhero television series used the anthem in their trailer just last year. Check out where it's featured around 5:18. This song is part of the reason we wanted to watch the show initially!


3. Pretty Littler Liars "How the 'A' Stole Christmas" Episode

Yep, that's right, one of our fave shows featured the song in their Christmas episode. The track plays at the pivotal moment Alison walks into the ball with her new crew.

Ovarian cancer surviver, Calysta Bevier, is just one individual who decided to sing Rachel's moving song on a singing competition. If you haven't seen Calysta's beautiful rendition, please do yourself a favor and watch it.

And finally, the heartbreaking but uplifting drama Miracles from Heaven inserted this fitting song right into the trailer. Catch it right at 1:08.

Still racking your brain trying to figure out the real meaning behind Rachel's "Fight Song"? Check out our exclusive interview with her HERE where she reveals its true message.