It's really happening. The movie we've patiently been waiting for for over a decade is finally almost here. 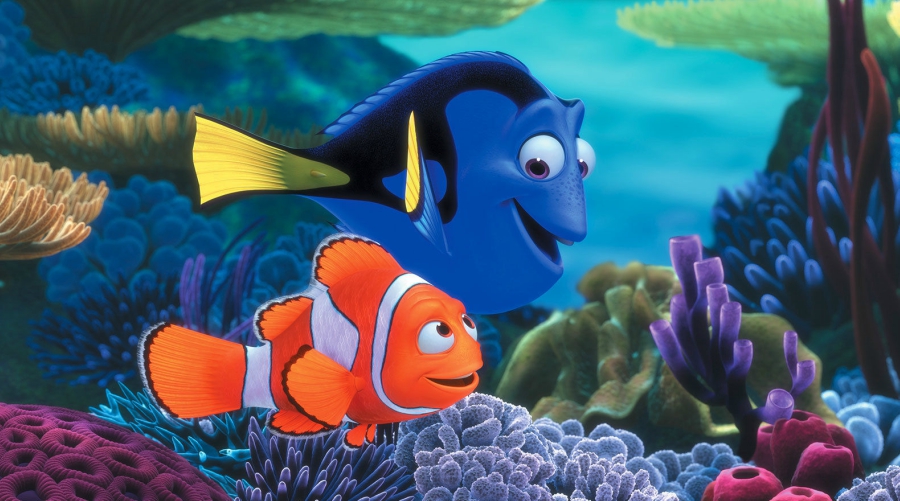 To hold over our excitement, we've had Finding Nemo on repeat for the past week and a half. No shame!

We thought we knew it backward and forward, until we stumbled upon these 11 secrets about the film that blew us out of the water—pun intended.

1. Nemo made his first big-screen appearance as Boo's stuffed toy in the 2001 Pixar film, Monsters, Inc. Betcha never noticed that! 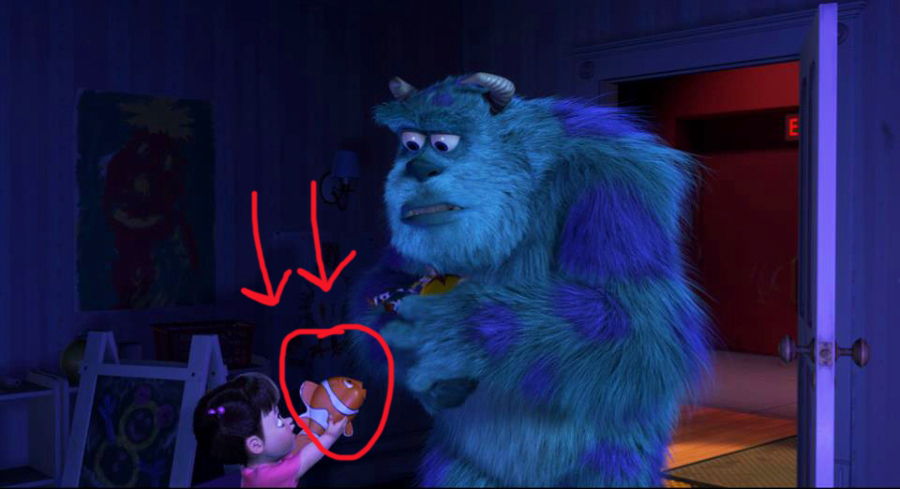 2. Another hidden gem: Our fave toy space ranger, Buzz Lightyear from Toy Story, can be spotted on the floor of the dentist waiting room. Sneaky, sneaky. 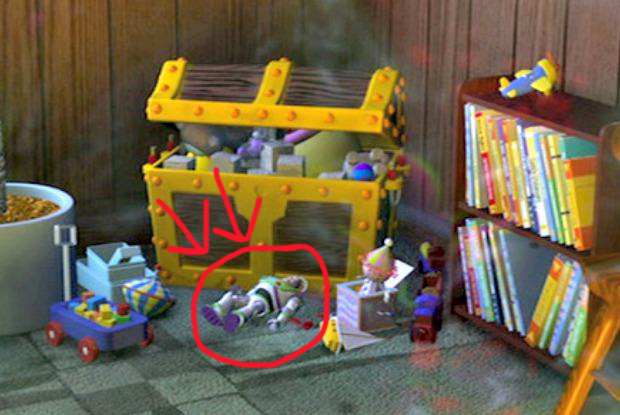 3. The animators of the flick studied dogs' facial expressions for inspiration when creating the fishes faces. No wonder all the fish were so cute in the film. 🐶

4. In order for it to sound like Nigel had Marlin and Dory in his mouth in this scene, actor Geoffrey Rush held his tongue as he said his lines. Try it out yourself, it's not as easy as it sounds. 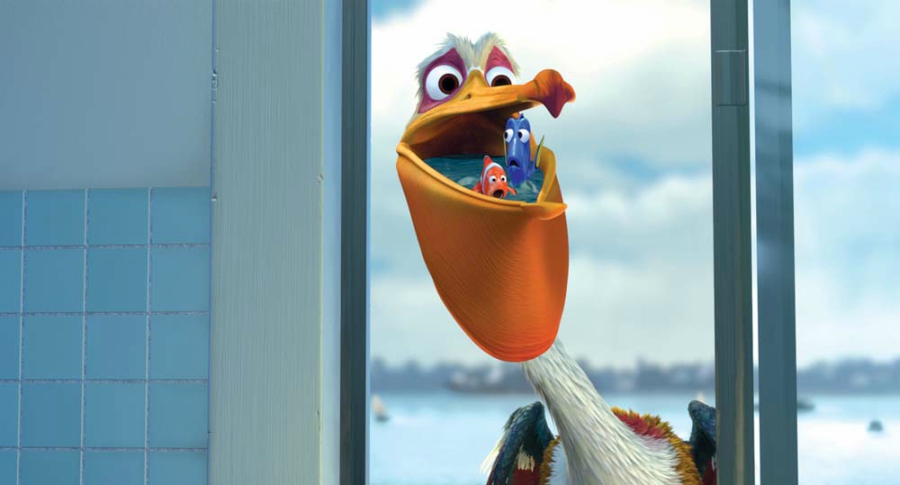 5. Director of the film Andrew Stanton voiced Crush, the totally chill sea turtle. Crush's son Squirt was voiced by Nicholas Bird, who happens to be the son of Brad Bird, the director of The Incredibles! Andrew chose to cast Nicholas when Brad Bird was showing home movies around the Pixar offices. Cray! 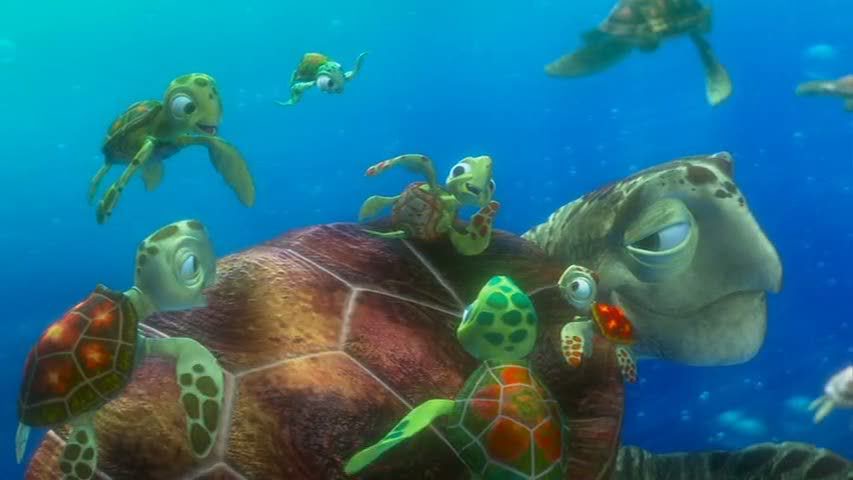 7. The names of the two main turtles are also the names of citrus soda brands popular in the United States, Crush and Squirt.

8. The first time blood ever appeared in a Pixar movie was in the scene where Dory's nose bleeds. 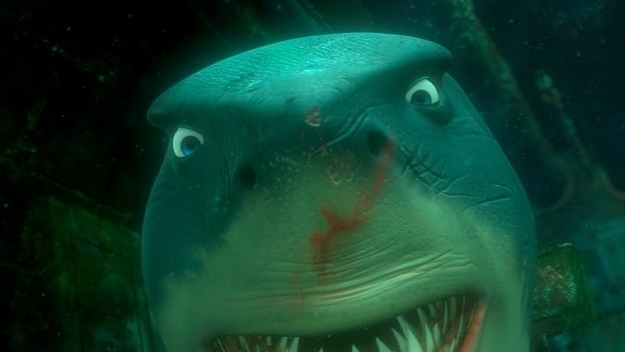 9. Finding Nemo is the second Pixar movie to have the words "the end" appear in the final scene. A Bug's Life was the first! 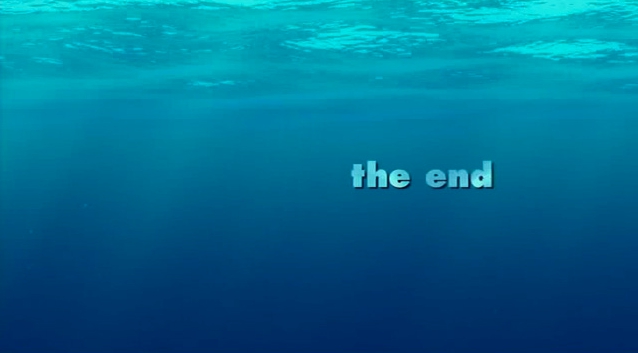 10. Mike Wazowski from Monsters, Inc., snorkels by in the end credits! We can't get enough of these Pixar character cameos. 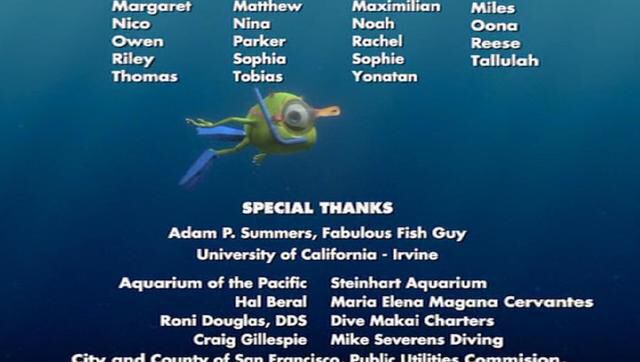 11. This movie still holds the record for "Best-Selling DVD" release of all time. It has sold more than 40 million copies, whoa! 😱

Are you psyched to see the new film?! If you are, you'll def want to check out THESE nine sea-inspired fashion items you can wear to the premiere.