14 Hard and Embarrassing Truths Of Attending Your First Concert

Guys, I was 15 years old before I attended my first concert. 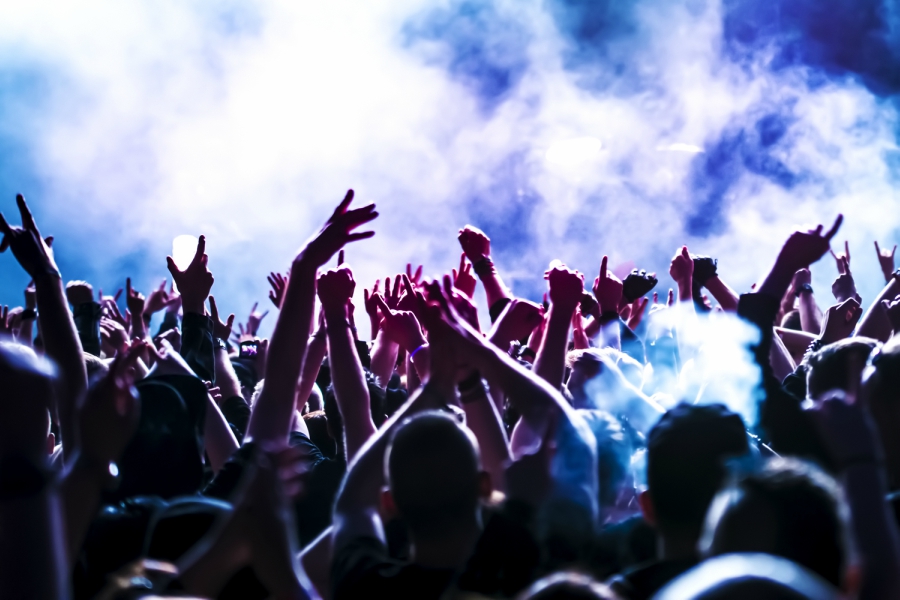 There was one brief promise made by my dad—preemptively, I might add—in which he swore he would take me to see Britney Spears. Well, after that fiasco fell through it wasn't until high school that I had my heart set on seeing an artist in concert. Anyone remember a little band by the name of Fall Out Boy?

I don't know about you, but my first show came paired with many cold hard truths. Scroll to relate to all of the embarrassment below:

1. Because you've never been to a concert before, you have no idea what to wear. Do you dress casual? Do you dress to impress? Do you wear a band shirt featuring the artist you're seeing? Do you wear a different band's shirt? So many questions and so few answers. Regardless of what you landed on, you definitely regret your wardrobe the second you arrive to the venue. 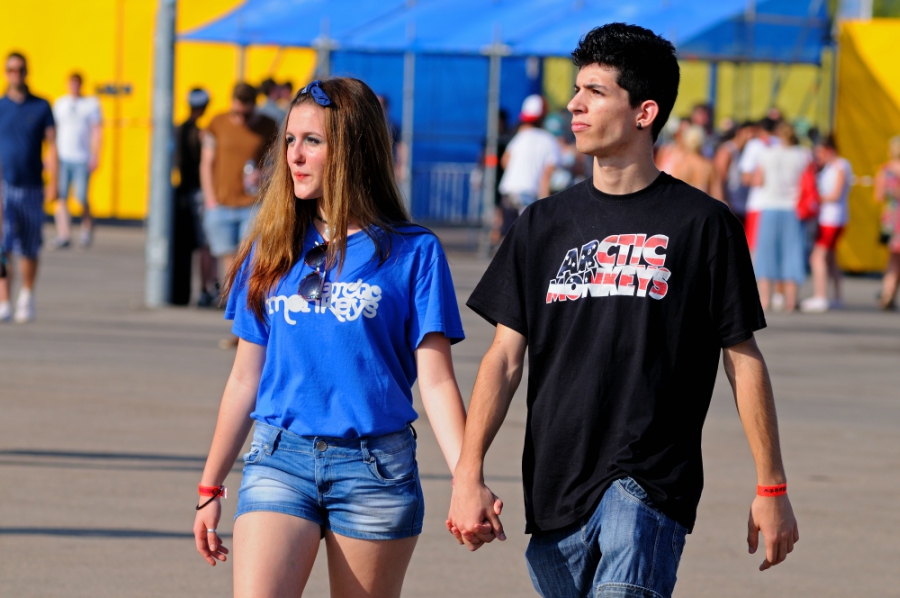 2. Speaking of arriving to the venue, we both know that your dad drove you. If not your dad, then another one of your friend's dads. Talk about showing up without style.

3. If the venue is too far away to make a quick trip back home, said dad stays at the concert the entire time. WITH EAR PLUGS IN. Have you died of embarrassment yet?

4. Once the show starts you have literally no idea what to do with your body. Should you dance like other audience members? Should your arms start doing some sort of spaghetti wiggle? Why don't you know how to groove??

5. If you got cheap tickets then you finally understand what the term "nose bleed seats" means. At least they have live video. 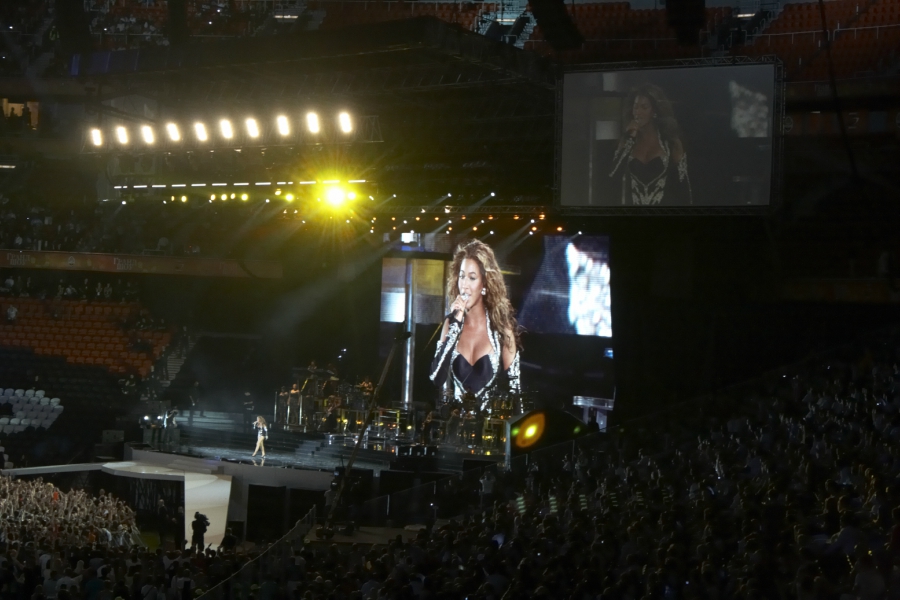 6. You absolutely did not bring enough cash to buy any of the band's merch. How were you supposed to know everything would be so expensive?

7. Everyone and their mom (literally) looks cooler than you. You're definitely wondering if everyone else can tell that this is your first show.

8. If pyrotechnics are involved, you're deeply taken aback by how much heat you actually feel during the explosions. Is… is this safe?

9. If the venue doesn't assign seating, you probably showed up way too late to get a good spot in line. You'll just have to face the music (pun intended) and stand behind a super tall guy the entire time. 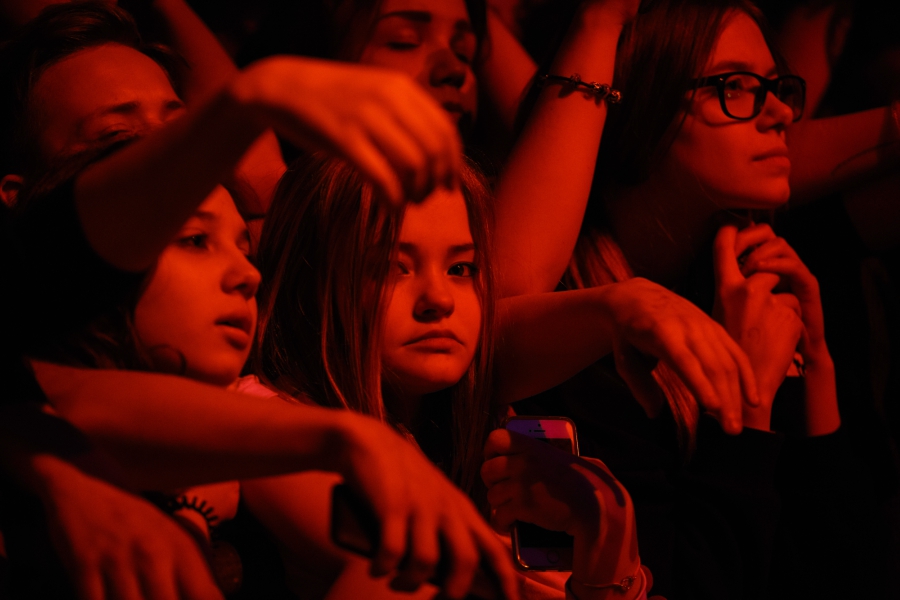 10. You're torn between Snapping the entire concert and actually living in the moment. You just can't help yourself, the second another jam starts to play you feel compelled to record the song for posterity.

11. You never knew your voice could be so sore from screaming. Singing? No definitely screaming.

12. By the end of the night you look a mess. We're talking hair tangled, makeup running and outfit disheveled. But all that really matters is that you had an amazing time.

13. Unless you're directly next to the stage your pictures turn out terrible. Better luck next time aka buy closer tickets or bring your zoom lens. 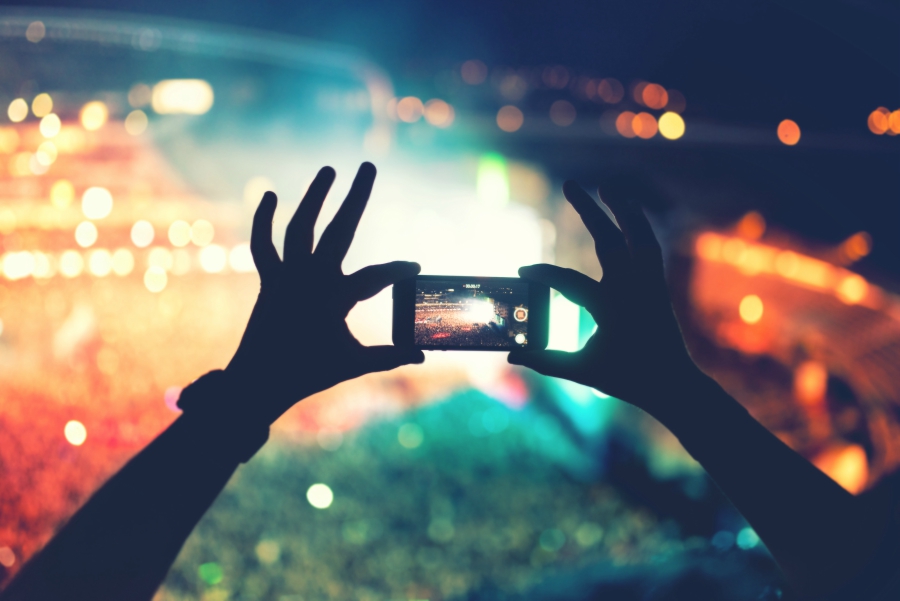 14. You are going to go on a whole rollercoaster of emotions. In one set you're guaranteed to laugh, cry, explode with anticipation, dance like no one's watching, feel the eyes of everyone watching, scream your heart out and wish you could do it all over again. Oh, and maybe attempt to stalk the band.

Now that you know what to expect, click HERE to browse some tips on making the most out of every concert experience.