I Tried the Flame Eyeliner Trend

It's a rare occasion for me to turn down an attempt at a crazy makeup fad.

I mean, I painted mermaid scales on my eyes not long ago. But when I started seeing the flame eyeliner and lipstick trend floating around the 'gram, for the first time, I felt like I couldn't do it. It looked really hard. And because I somewhat failed trying to draw mermaid scales on my wiggly eyelids with liquid liner, I know that my acute liquid liner skills are subpar.

That being said, I still gave the flame liner trend a shot. First stop? My local Walgreens to pick up some crazy eyeshadow colors! But guess what, I got there, and there weren't any red, yellow or orange shadows in sight. However, when I went home, I realized I had a stack of super saturated NYX Primal Colors in both yellow and red—so random! For the orange, I also found this random Palladio burnt orange eyeshadow that also would suffice. I also grabbed a liquid liner and a pencil liner, both in black, to recreate the look. 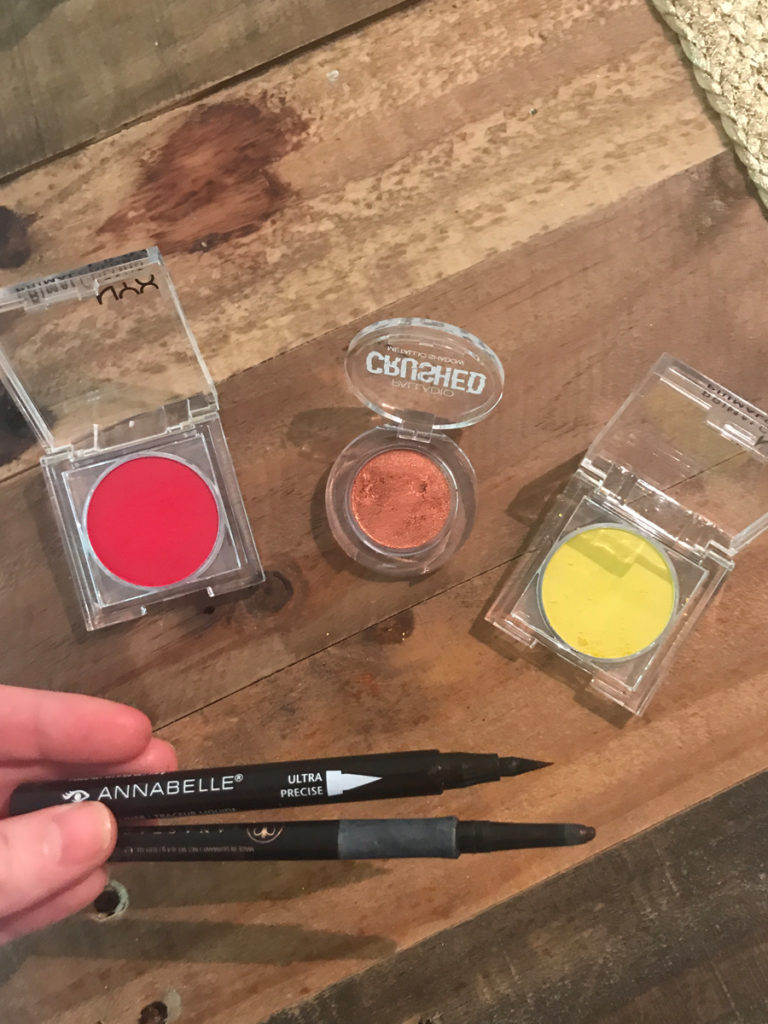 I decided to start by applying the shadow first instead of lining the shape. I'm not sure if this was the best choice, as I had a mini-freakout along the way, but all turned out pretty good in the end. I applied the yellow eyeshadow all along my lash line, and then pulled it up like a cat eye. I then added on the orange and then red, and then added two little mini flames around my temples. 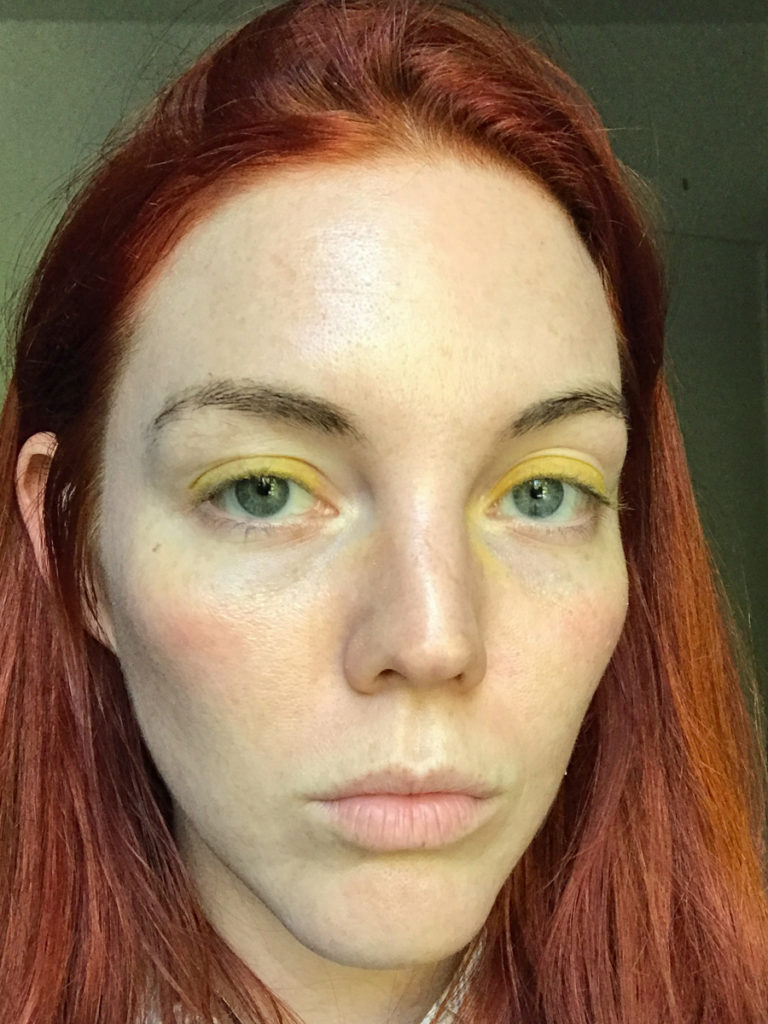 Then, it was time for liner. I don't have a ton of photos during this process, as it was quite a frustrating one. The trick is to think of the "flame" as an exaggerated cat eye when you're using the liquid liner to outline your colorful shadow flame. Then, use a Q-tip to clean up any shadow that is outside the lines. 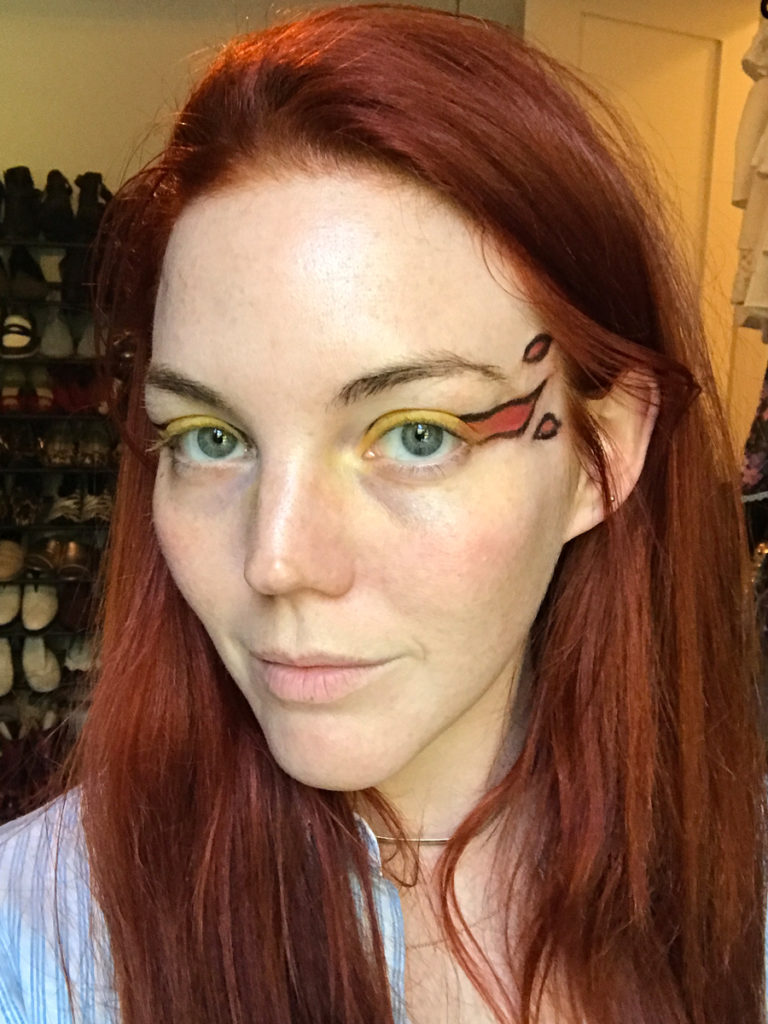 Finish off the flame by tracing over the black flame outline again, but this time with the pencil liner for even more drama. Not going to lie, I was kind of feeling myself after I finished! I'd totally rock this look as apart of a costume—wouldn't this makeup make the perfect flame emoji costume? Definitely not an everyday look, but alas, I'm happy I gave it a go! 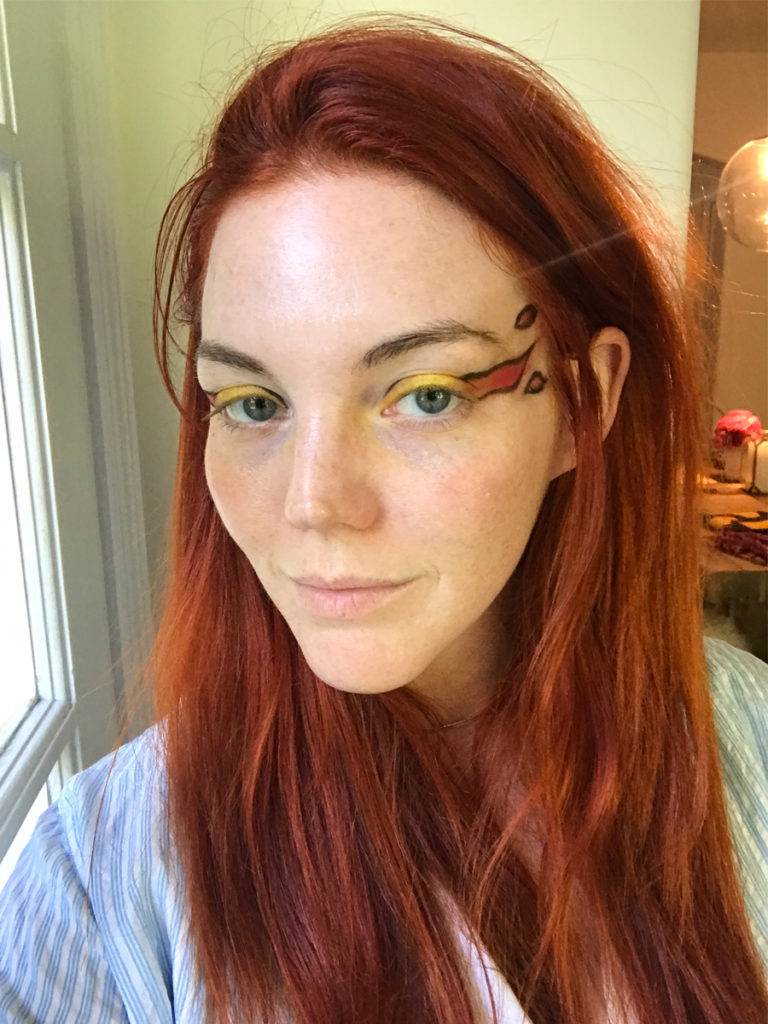 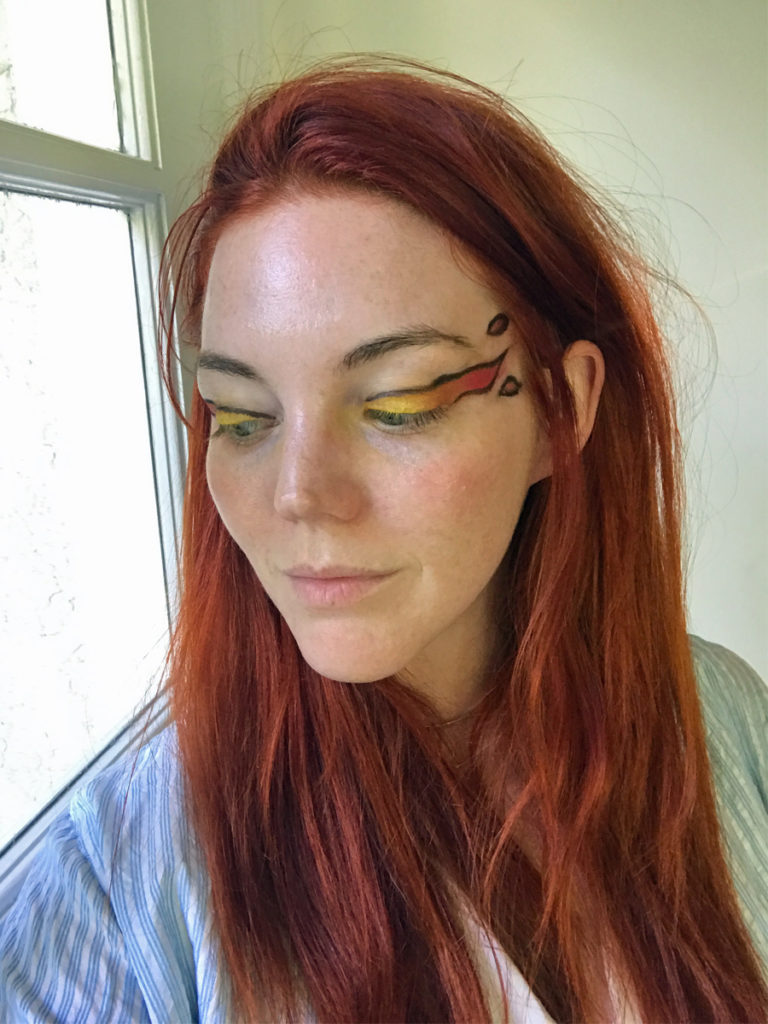 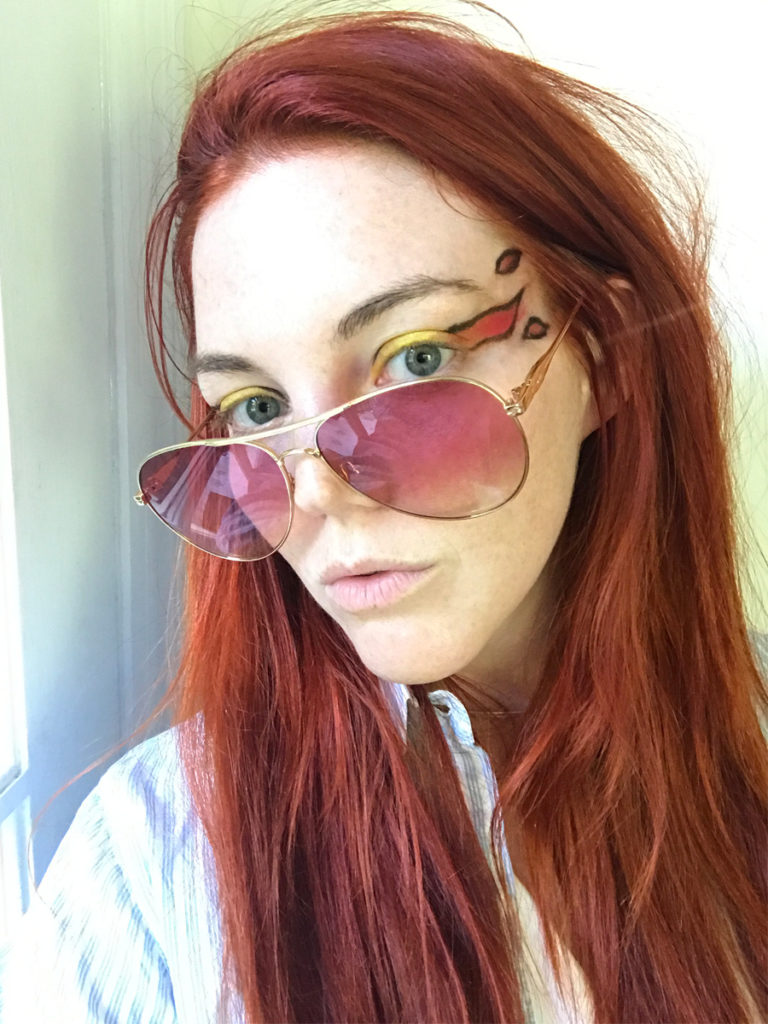 If you're itching for more beauty tutorials, try wearing THESE different color eyeshadows like Bella Thorne.