Flamin' Hot munchies have made quite the fiery appearance on the snack scene.

Apparently everyone loves dousing their tongue in spicy goodness and panting from the heat between each bite. At least, I know I do.

But, like all things in life, there's a hierarchy to these tasty treats. Keep scrolling for our definitive ranking of the nine most noteworthy Flamin' Hot snacks.

Since I'm not a fan of normal Fritos, it didn't surprise me at all that the Flamin' Hot version failed to impress. It had a fairly vague note of spice, so I finished chewing and just felt "eh." It's probably due to the fact that the underlying Fritos flavor is a little stronger than it is in other Flamin' Hot snacks. All in all, even if I am biased, I just wasn't feeling this spicy snack. 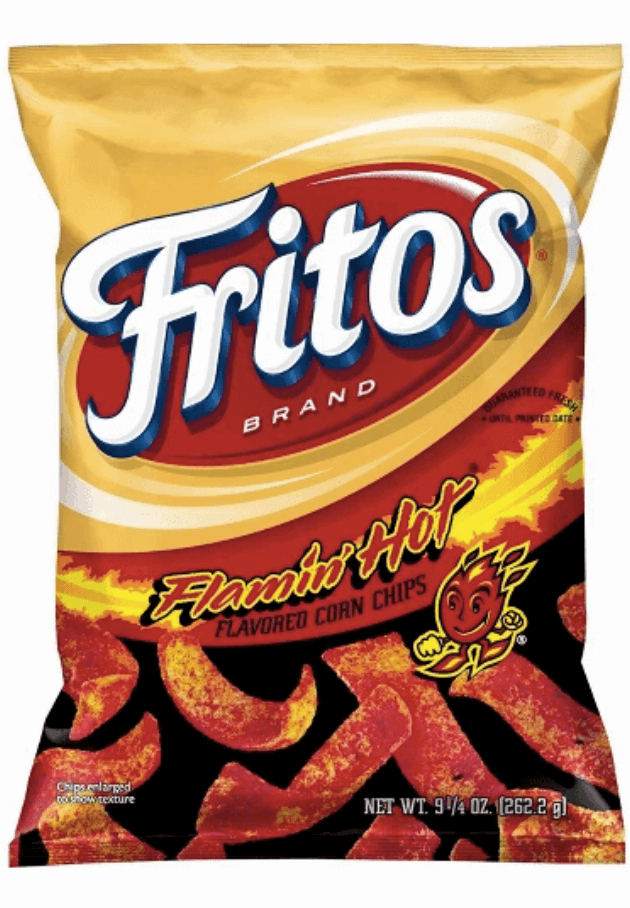 Unfortunately, Lay's Flamin' Hot Chips are more reminiscent of a small simmer than an actual flame. This product just isn't spicy enough, and therefore not completely deserving of the Flamin' Hot name. The red pepper seasoning is spread fairly thin over the chips, so it basically feels like you're eating normal Lays; with a tiny aftertaste of spice. In summary, they're just not that great, especially compared to other Flamin' Hot snacks. 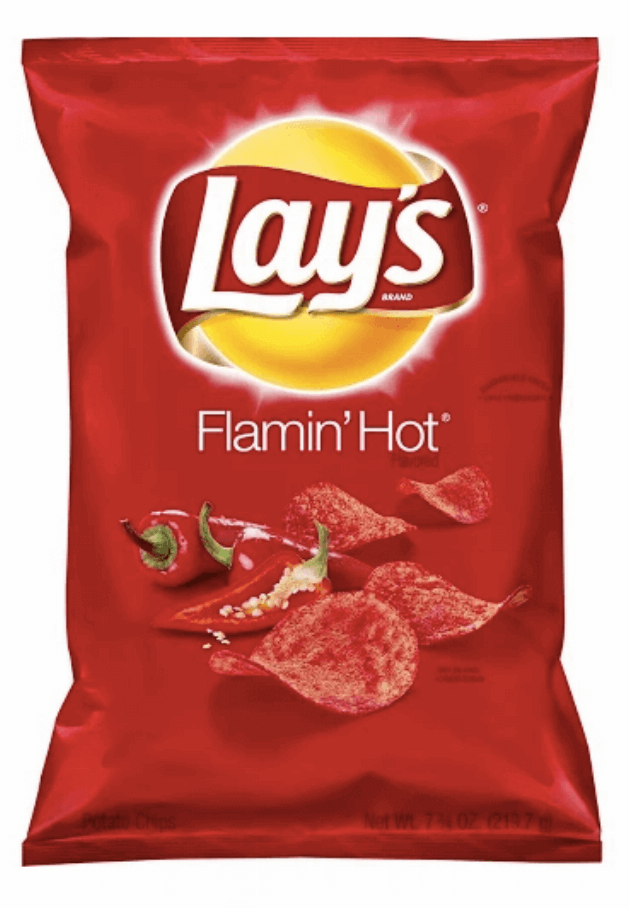 Although the bag would have you believe that these chips are going to set your mouth afire, they just aren't that good. Much like Lay's, they're fairly bland in their taste, and the red pepper seasoning isn't always distributed evenly over the chip. However, they rank a little higher, as they pack a slightly stronger punch, making them the perfect vehicle to add some spice to your favorite dip. It's not going to overwhelm your mouth, but if you're someone who can't handle much spicy flavor, they might be the perfect Flamin' Hot option for you. 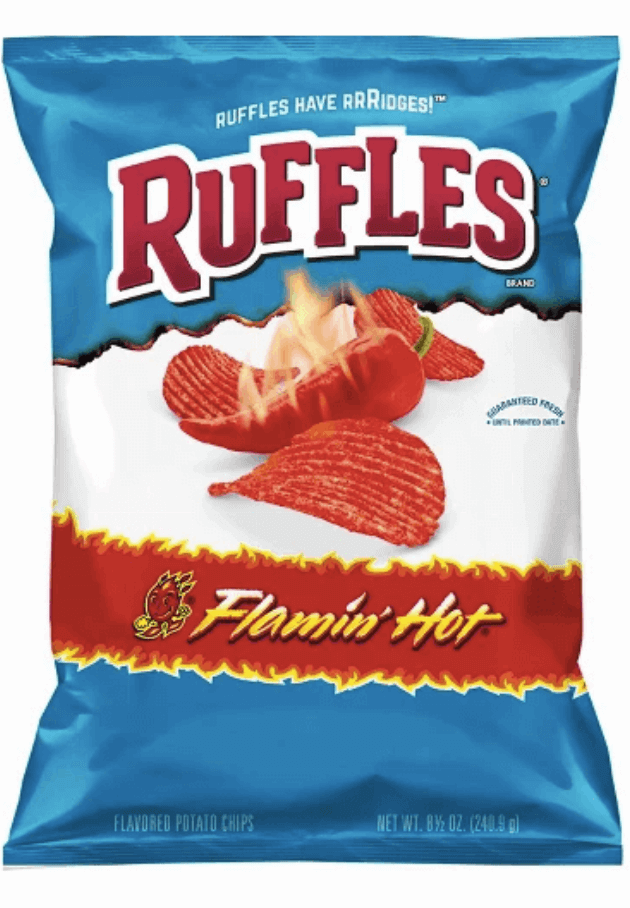 When I first heard of Flamin' Hot Fries, I was stoked. Who doesn't like fries? Adding a little spice to them must be the perfect combination, right? Unfortunately, I was wrong. This snack is essentially a knockoff version of Flamin' Hot Cheetos, but without that beautiful crunchy texture. Although the spice flavor is good, the fries are less dense than other snacks, so I just didn't get that satisfying crunch I was looking for. 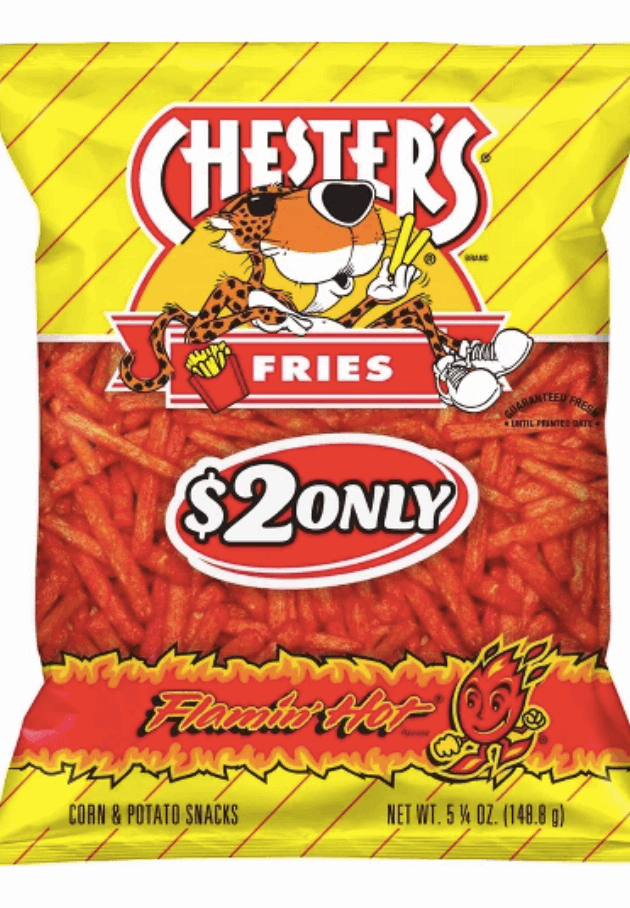 I'm a fan of the simpler things in life, which means I am not a fan of Cheetos Flamin' Hot Puffs. I know I just whined about things not being spicy enough, but these babies have the opposite problem. Due to their larger size and surface area, they quickly overwhelm your mouth with Flamin' Hot flavor. I can only eat about three of them before I'm reaching for my glass of water, which isn't how I want to enjoy my Flamin' Hot snack. The Puffs are just a little too big to control all that spice, making them fairly frustrating to munch on. 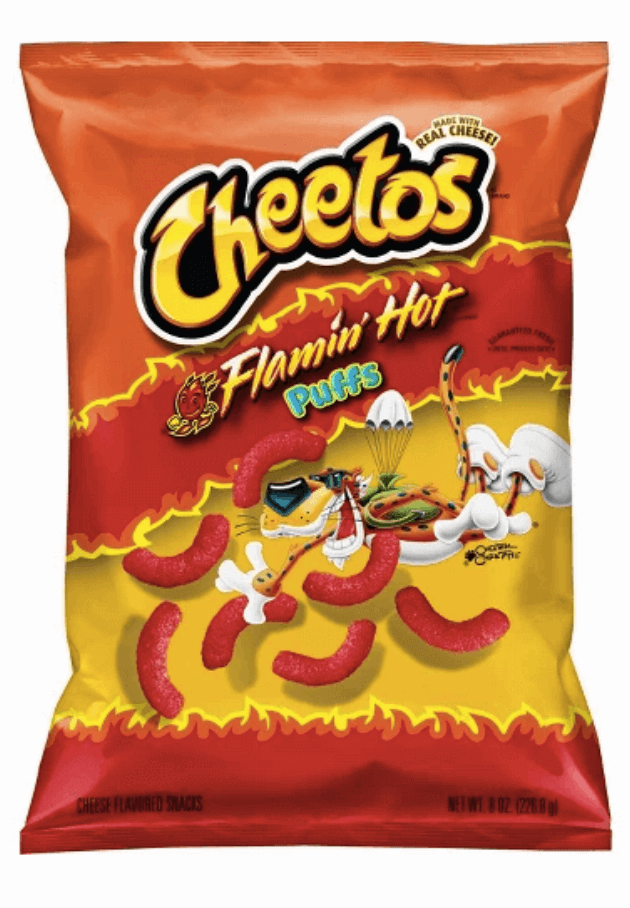 It's incredibly difficult to beat the classic Flamin' Hot Cheetos. They combine that beautiful artificial cheese with the classic spicy taste to create a nearly addictive flavor experience. They only rank lower on the list because the spice can get overwhelming after a while. There isn't much more to these than a searingly hot flavor, which is delicious, but also subpar in comparison to more complex combinations. 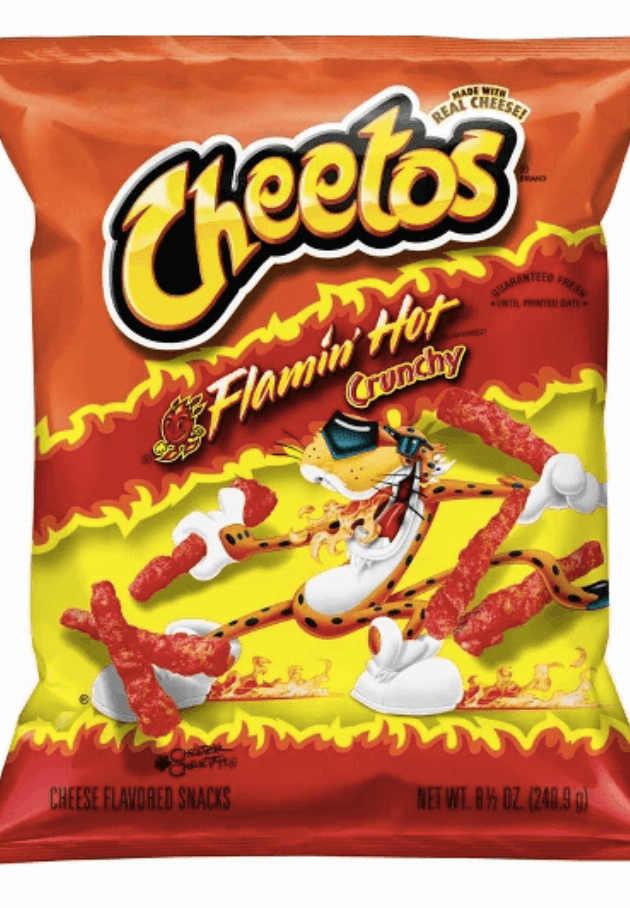 As a fan of Funyuns in general, I obviously had to put Flamin' Hot Funyuns fairly high on my list. The great thing about the Flamin' Hot version of this onion-y snack is that you don't totally lose the normal Funyun flavor under all that heat. In fact, you can still clearly taste the expected flavor of onions, with a little kick of spice at the end. This snack strikes the perfect balance of the onion and pepper tastes, creating a chip that carries more flavorful interest than just "hot." 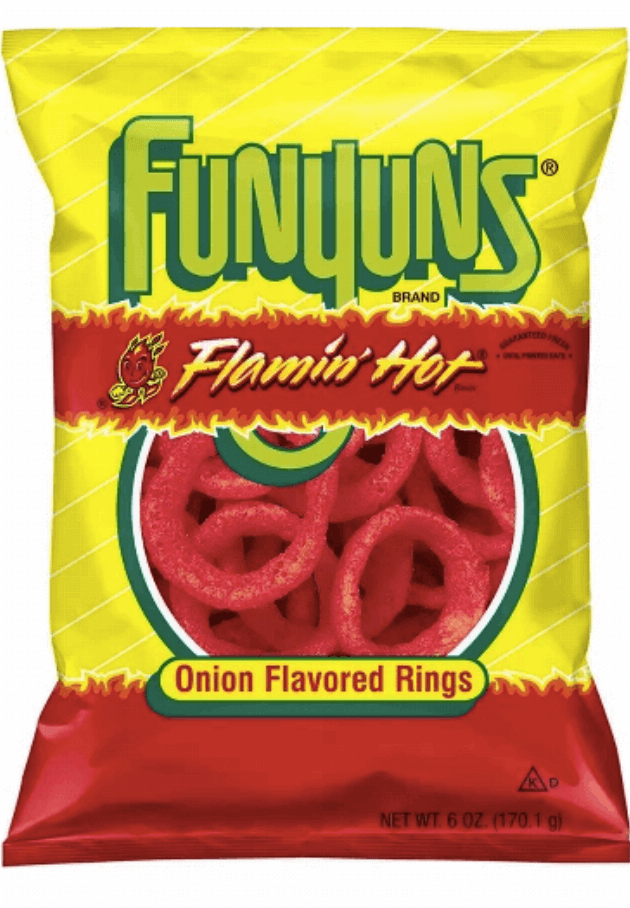 Honestly, it's hard to beat the classic Flamin' Hot Cheetos, but these babies take that delicious taste one step further. The added hint of lime adds an extra layer of interest to the spicy flavor, creating a totally addictive snack that I genuinely struggle to stop eating. 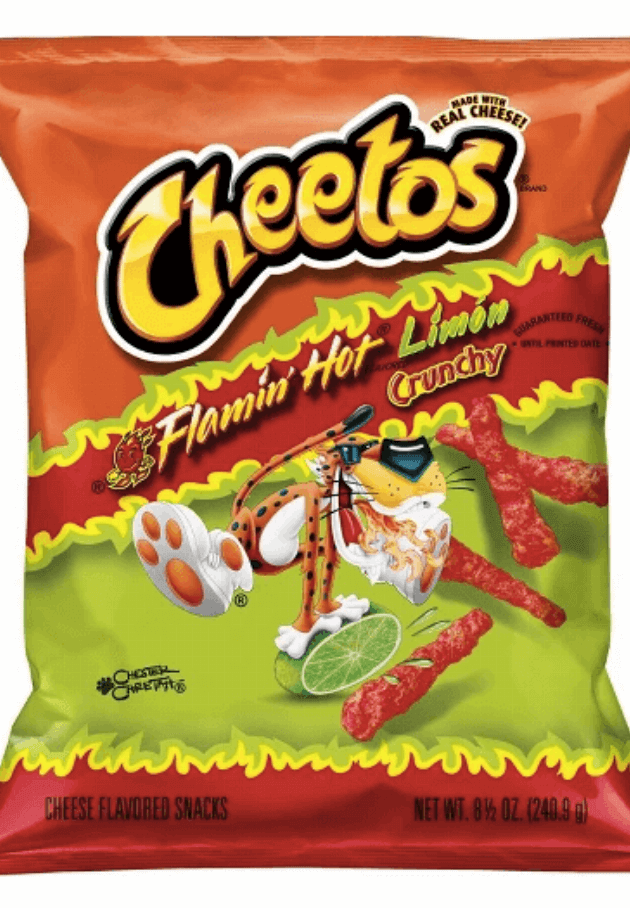 And finally, the ultimate winner—Takis Fuego. If you thought Cheetos Flamin' Hot Limón were good, these are even better—yes, it's possible. They taste very similar to the spicy lime Cheetos, but their base is rolled tortilla chips, which makes the flavor combination all the more interesting. The tortilla captures the lime flavor more effectively, and adds a base of salty crunch to expand the entire flavor profile. They're an incredibly delicious spicy snack, primarily because they're addictively hot while still including other delicious tastes. 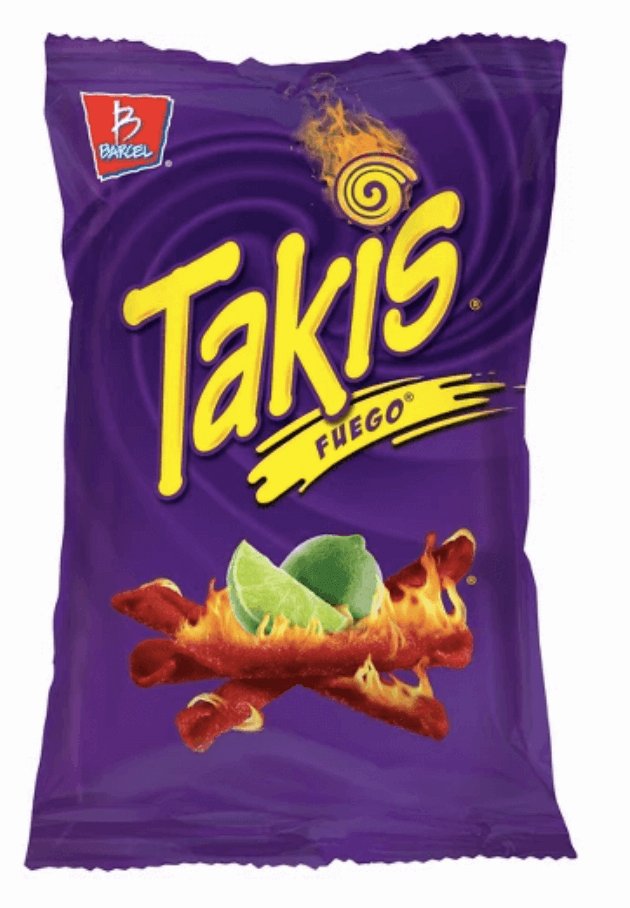 Wondering how more of your favorite foods measure up in the taste department? Click HERE for a definitive ranking of fast food barbecue sauces.