FLO Takes It Back to the 2000s With Their Debut EP, The Lead

FLO just released their five-song EP, The Lead and we could not be more excited.

The U.K. trio, which consists of Jorja Douglas, Stella Quaresma and Renée Downer, is taking the R&B genre by storm. Since their debut single, "Cardboard Box," (which has been streamed 10 million times worldwide) the group has skyrocketed in popularity, with the band being recognized by everyone from Sam Smith and Missy Elliott to SZA, Victoria Monet, Ella Mai and JoJo. On July 8, FLO released a music video for their sophomore single, "Immature" and their debut EP, The Lead, which is a fun body of work filled with songs about women empowerment. We got the chance to hop on a Zoom call with FLO, and they told us more about their journey as one of the hottest emerging music acts.

The Origin of FLO

Renée: We were looking for a name and FLO was one of them. It doesn't really have any meaning. We called ourselves "FLO," and we'd explain it as like, we're flowing.  We had other names, but none of them really felt right and FLO just stuck.

Also read about: Denitia Relishes in the Moment in New Single 'All the Sweet Tea'

How Their Lives Have Changed Since the Release of 'Cardboard Box'

Renée: We are a lot busier, and working a lot quicker.

Jorja: We're more organized, but now there's a need to do more things. Every day, there's something. We need to do interviews, or we're doing some live performances and practicing and rehearsing on our live set. Since we put out "Cardboard Box," there's definitely been a shift in everyone's energy. There's just been a need to be a bit more proactive.

On Their Celebrity Support

Stella: It's amazing. As an artist, it's such a big thing to get that support from someone that inspires you. So it feels so good.

Jorja: It's very validating because, obviously, they appreciate your music, and since they have such high standards for their own music, it means they view your music on kind of a similar level.

Also read about: Why Jordan Fisher Would Never Make a Breakup Pact Like  the One in Hello, Goodbye and Everything in Between

On the Release of The Lead

Stella: We've been together writing songs for a long time, now. We've been in the studio, and we had a writing camp last year with all our favorite writers and producers. That's where most of the EP was basically made, apart from "Cardboard Box." It's a really good process when you find people who make great music and can create the sound you want to make. It's been really cool to create an album. We're just happy it's here because it's been a long journey. 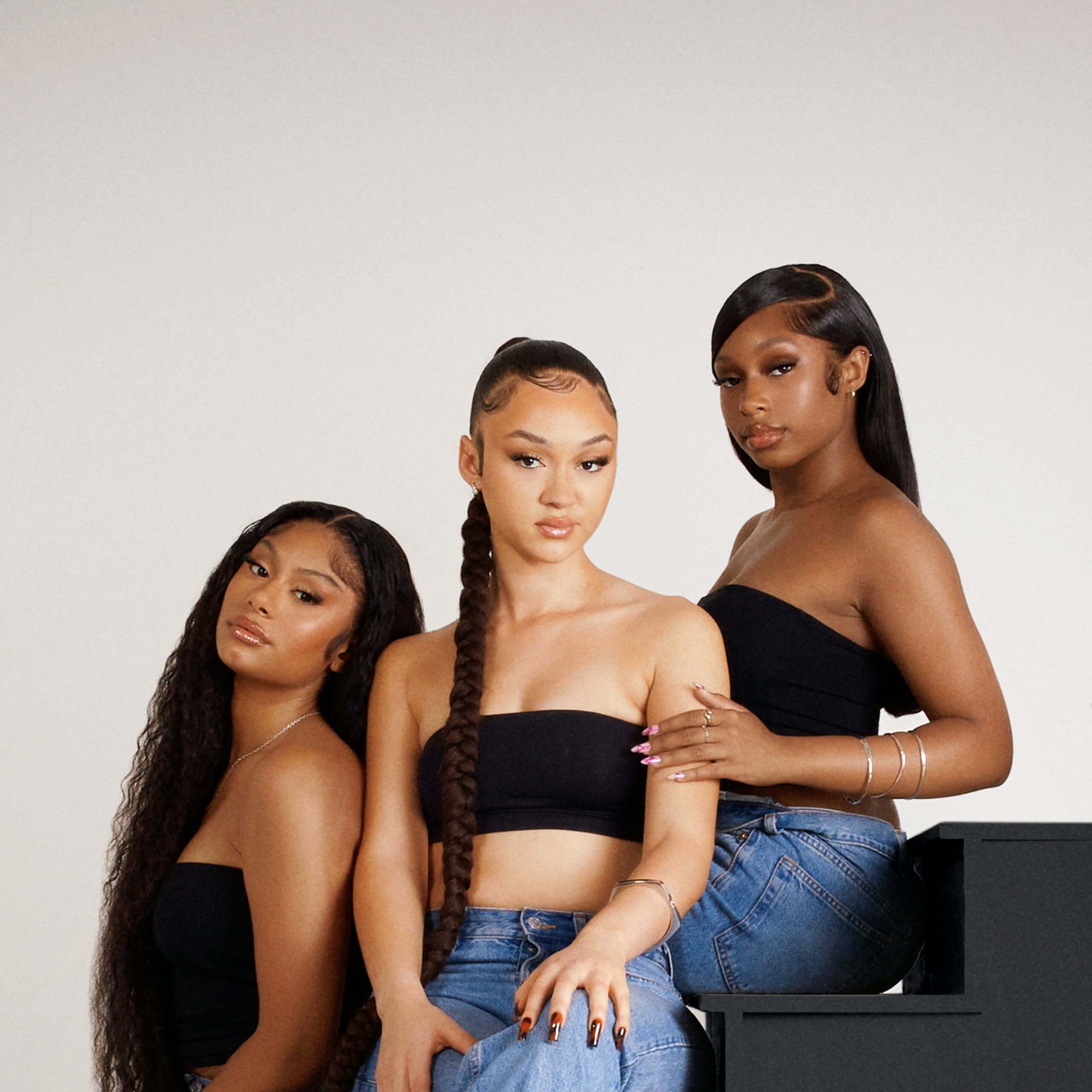 On Musical Influences and Creating Something New

Jorja: Our biggest influences are Brandy, Faith Evans and Destiny's Child, and more recently, Kehlani, Summer Walker and SZA. I would describe our music as nostalgic. Nostalgic is definitely like the main word I would use, but without sounding likes it's been "done before," if that makes sense. The music just kind of triggers something in you that you've heard before, but it's still different. It's not tired.

Renée:  We definitely want people to feel empowered and feel like they are powerful, and to love themselves—to stand up for themselves and take the lead.

Their Favorite Track on the EP

Renée: "Feature Me" is one of our favorites, because it's everything that we've listened to—our inspirations, that old-school R&B sound—all in one.

Also read about: 'Should've Known' by AMBA Is a Killer Introduction to One of the Hottest New Girl Groups

Jorja: There are so many people we love, especially in American R&B.  There's the new school ladies—Normani, Summer Walker, SZA, Chloe x Halle, Megan Thee Stallion and Doja Cat—then the old school ladies—Missy Elliott, Faith Evans, Mary J. Blige, Beyoncé, but she's not even old. We just love R&B and female singers and rappers. Any of them would be an absolute privilege to collaborate with. 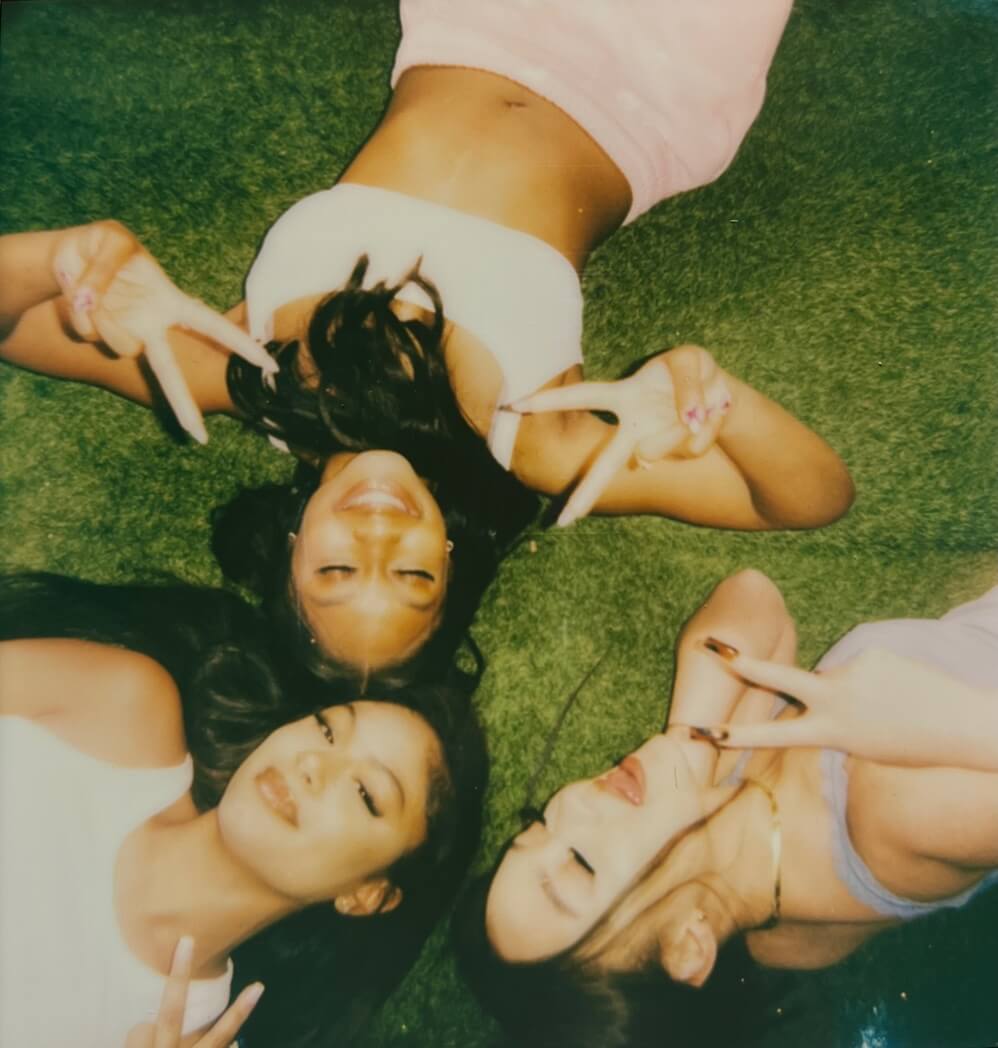 Stella: We're focused on live performances, now, so you definitely want to get into our live show soon. And then putting out more music.

What You May Not Know About FLO

Renée: Stella can be very quiet sometimes. I feel like not a lot of people know that, because you see her on social media and she is very outgoing.

Renée: And one thing about Jorja is she's very good at doing hair!

For more from our very favorite girl groups, click HERE to read our interview with Citizen Queen.