Sometimes, it's the simplest of ideas that do the best job standing out. Despite being one of the most stripped-down games on the floor at E3, Sloppy Forgeries is also one of my favorites.

Featured at E3's IndieCade booth, this game gives two players 90 seconds each to recreate a famous painting using only a mouse at a computer. Each one is given a limited color palette and three brush thicknesses, and they have to get as close as possible to the simplified version of the work shown in the center of the screen. The names of the paintings are also included, so there's a teensy bit of art history involved.

While a minute and a half may seem like plenty of time, those seconds flew by when I tried the game and attempted to make a picture-perfect forgery of the Mona Lisa.

To get my painting as accurate as possible, I could also press a button to view a preview over my current work. However, there's a limited amount of time I could use this feature every turn, and running my meter down too early would make it tough to keep up. In the end, I found that I barely utilized it at all.

After laboring over my masterpiece, at the end of the round, I was crowned the winner with my 72.67% similar painting. I was pretty proud of myself, but I do think I could do better.  see this as a game that I could play again and again in an attempt to perfect my "art." 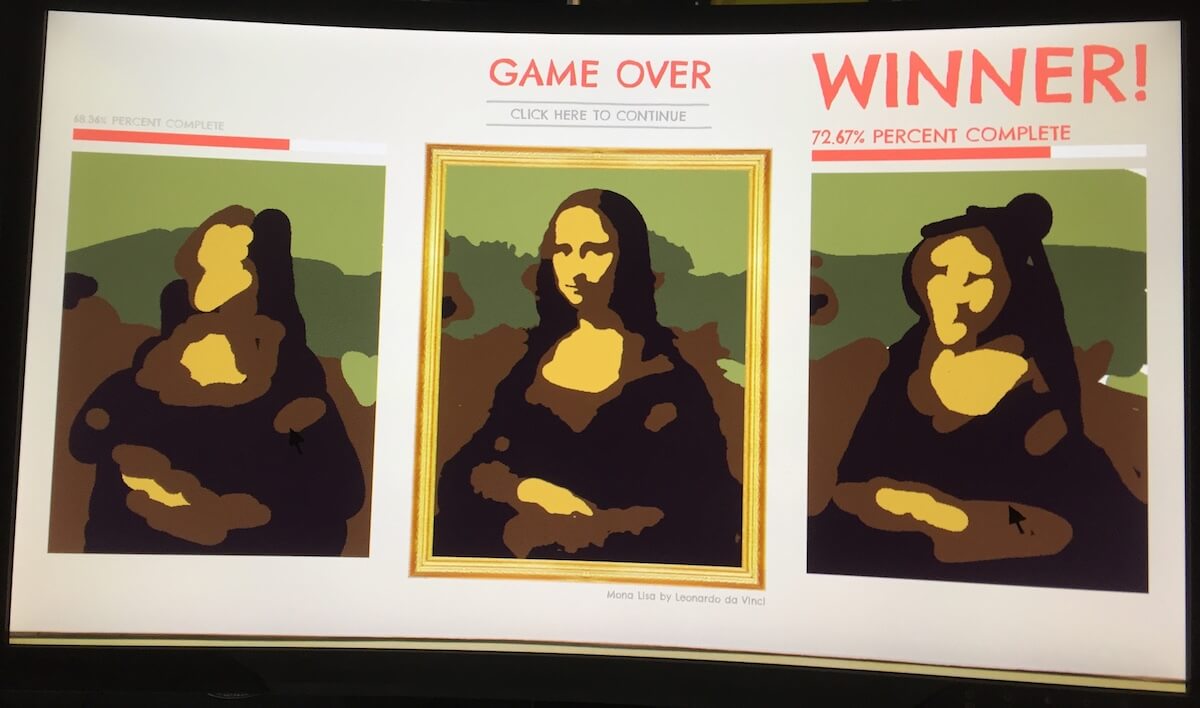 While the version of the game I played exists only on the computer, I was thrilled to hear that the game will be coming to iOS in November. While the version I tested only included five paintings, the app build I saw already has even more art to recreate, and I think the experience will work even better as a mobile game. November may be a while away, but I can't wait to get my hands on the game again in the near future. 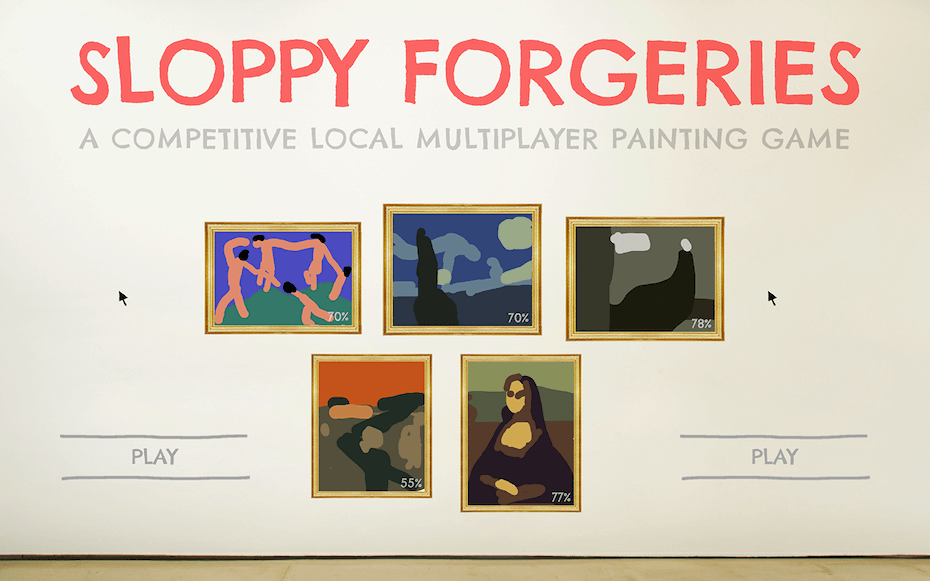