No matter the reason, fighting with friends is never fun.

It's messy and difficult, and it causes a huge amount of unneeded stress and anxiety. But as bad as normal friend fights are, fighting over a boy makes your disagreement ten times worse.

Arguing about a boy is wrong for so many reasons—the most significant being that it places more importance on your feelings for some guy than on your relationship with your friend. I'm a strong believer that fighting over a boy is one of the worst things that girls can do to each other, but it unfortunately took a bit of firsthand experience to come to this conclusion.

Keep reading to see how I fought with a friend over a boy and quickly learned that it's the dumbest thing to argue about.

The early days of high school aren't the most fruitful dating times, and at my small, private school, the dating scene was even worse than normal. There were roughly 60 students per grade, so the options were extremely slim, and dating a friend's ex was a fairly normal occurrence.

By the time my sophomore year rolled around, I was very removed from the dating game at my school. I dated one boy for about a year, but he went to a different high school in our town, leaving me pretty much unscathed by the drama that followed most relationships in my own class. 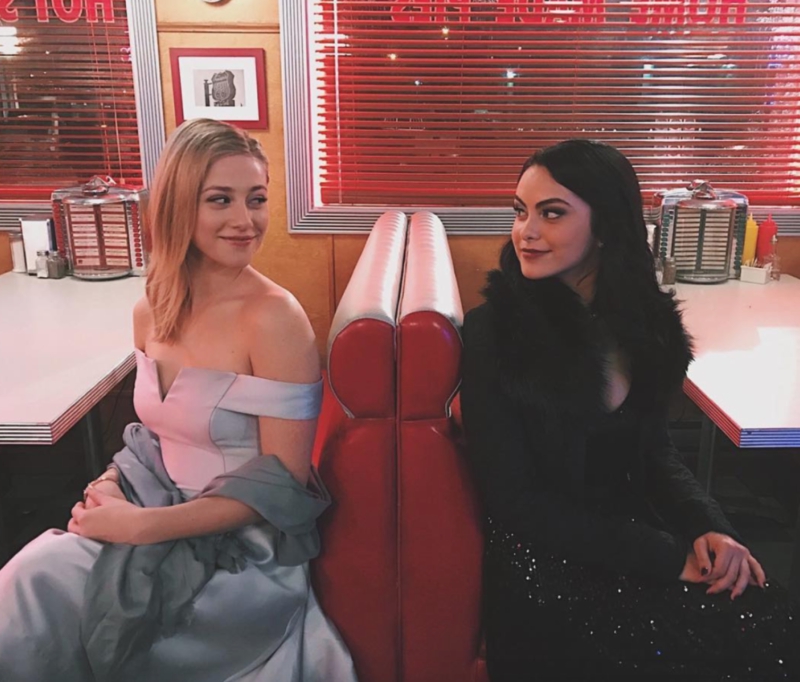 However, my best friend Emma* wasn't as lucky. She had dated a couple boys in our grade, including one of my other best friends, Liam*. Emma and Liam had a fairly messy breakup, and I'd been by her side through the whole ordeal. Liam hadn't handled the end of their relationship well. He broke up with her pretty much out of the blue, so she was completely unprepared. Then, he kept changing his mind and telling her he wanted her back, only to flip-flop again and declare that he wasn't sure if they were actually good together.

Emma was strong considering the circumstances, but it was her first difficult breakup and she was having trouble articulating how she felt. As her best friend, I got angry in her defense and yelled at Liam for her, making sure she knew she could talk to me at every turn. Eventually, however, the breakup faded into a memory in everyone else's mind. We were young and very few of us had experienced a really hurtful breakup, so after a few weeks everything went back to business as usual. I resumed my friendship with Liam and it seemed like everything was back to normal in our little world, minus one relationship that didn't affect many of us anyway.

A few months later I broke up with my first boyfriend, and Liam and I were spending more and more time together. We'd been close friends for so long, but those feelings started to evolve into something deeper. After a few weeks of testing the waters, we decided to give dating a try. 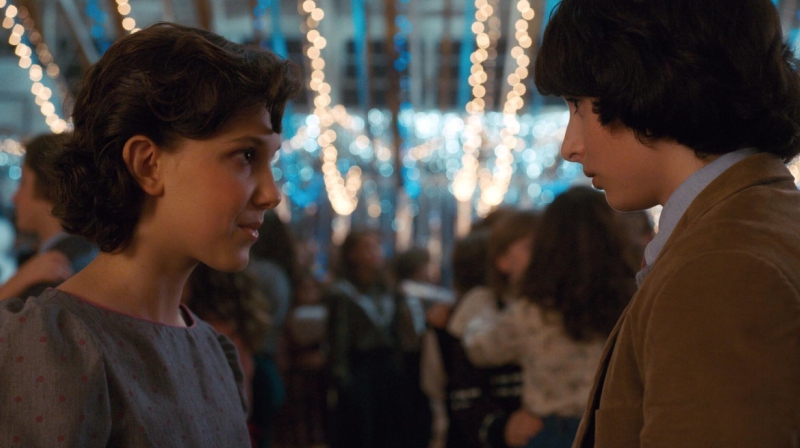 Even though dating a friend's ex was not abnormal given the size of my high school, looking back now, I can definitively say it's never a good idea. Emma and Liam developed a cordial relationship, but there was just too much history, and dating Liam created a huge divide between Emma and me.

The fight between Emma and I was a slow burn rather than an all-out brawl. The tension and anger started when I began spending more time with Liam. He lived close to me, so he would come over to my house many days after school. I was always nervous about telling Emma I was with him, which led to a lot of white lies and attempted cover-ups. The truth always came out, and my inability to be honest with Emma was the first crack in the foundation of our relationship. When I was unable to be honest with her, she felt that she couldn't come to me, either. Eventually, neither of us were willing to say what we really felt, which led to more problems down the line.

I did ask Emma if it was alright before I started dating Liam, but because the foundation of our honesty was already cracked, it wasn't really a fair question. Emma felt she had no choice but to say she was okay with it or risk making me angry and losing my friendship all together. Young and dumb as I was, however, I took her at her word and happily felt that I followed all the necessary steps to have an Emma-approved relationship with Liam.

But after Liam and I started dating, Emma became distant. Because I thought I'd done everything right, I became indignant and angry about her treatment of me. If she didn't want me to date him she should have just said so, right? I had no comprehension of the difficult position I put her in, and I didn't even try to be understanding about the fact that she felt I chose Liam over her. 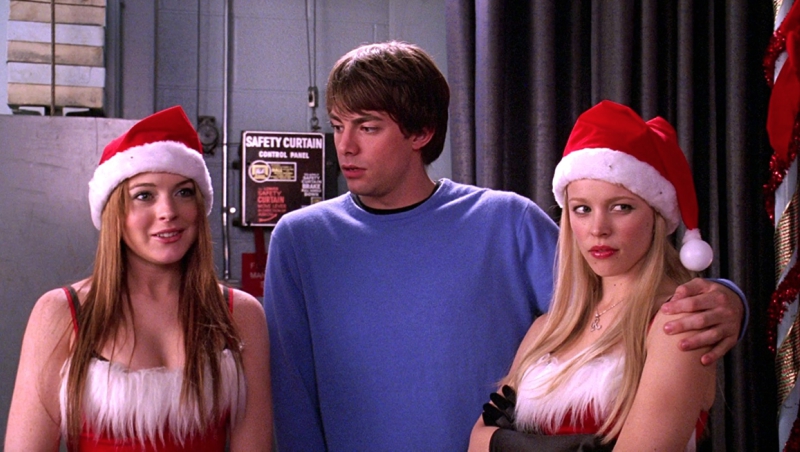 Our mutual anger and resentment towards each other led us to start talking less and less, until we eventually just stopped talking at all. I had Liam, and I convinced myself that I was happy enough with that, but Emma had no one, and the isolated position I put her in upsets me to this day.

After months of barely speaking to each other except when we were forced to, Emma and I were suddenly able to repair things. I missed my best friend. I missed our talks and our inside jokes and our sleepovers filled with laughter. I wrote her a long note about all our memories and how much I missed her, and both of us were able to put our anger and resentment aside and continue our friendship. She got as on board as she could with Liam and my relationship, and I tried not to rub it in her face.

But here's the real kicker: Liam and I eventually went through a very messy breakup and stopped talking or communicating all together. It wasn't until we broke up that I realized what a colossal mistake I had made. Our relationship was never very healthy, and it hadn't lasted all that long in the grand scheme of things. I sacrificed months of laughter and memories with my best friend and caused her a lot of hurt and pain for a boy I would never talk to again.

At the end of the day, I valued my temporary feelings for Liam over my relationship with my best friend… for what? A few months of fun memories with a boy that I would end up hating? It was a terrible decision to make, and it didn't improve my life in any way, shape or form. 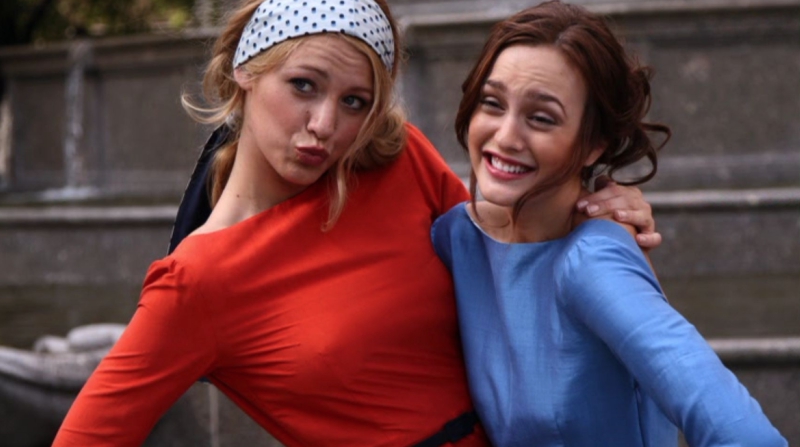 The moral of the story is boys will come and go, but friends are forever. Your feelings for a boy will change over time and things might not work. Those are the times when you'll need your friends the most, and if you push them all away because you value your temporary feelings for a guy more than your besties, you're more likely to end up with nothing.

Even though it was a difficult lesson, I'm glad I was able to learn early that friends should always come first. Another boy will come along eventually, but no one will ever be able to replace your BFF.

It's tough to date in high school, but what if you aren't allowed to? Click HERE to see what to do when your parents say you're too young to date.