Everything You Wanted to Know About HSMTMTS Star Frankie Rodriguez

The first season of High School Musical: The Musical: The Series may be over, but we're still completely in love with the Disney+ show.

For one, we can't stop thinking about the hilarious Carlos, played on the show by Frankie Rodriguez, who is not only one of Disney's first LGBT characters, but is also a delight to watch onscreen. We knew we had to learn more about Frankie and his life—and this week, he tells us all about himself. Keep scrolling to find out more. 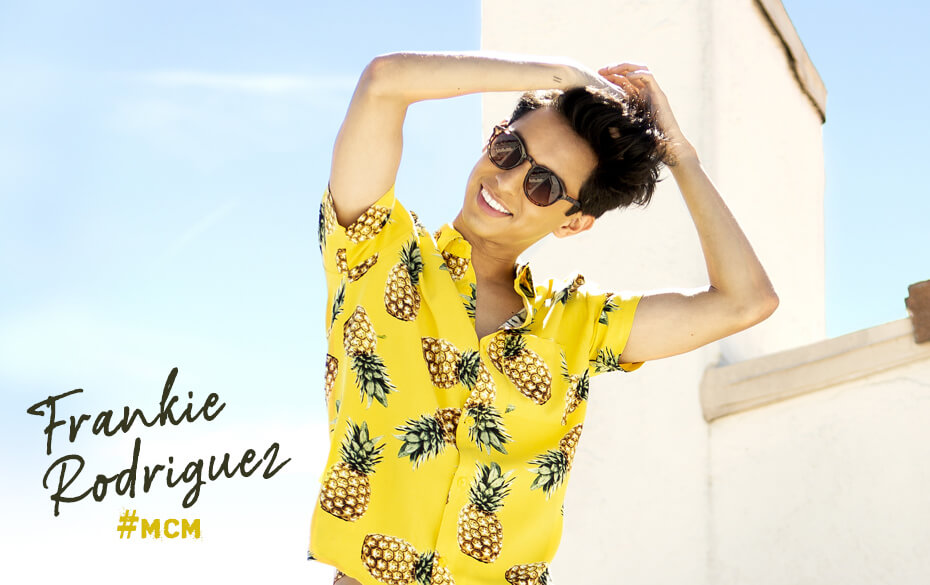 1. Frankie says the biggest risk he ever took was moving to Los Angeles to pursue acting.

"Give me neon colors, big hair and Whitney Houston!"

"I hate the idea of eating something slimy.

4. His favorite type of weather is when it's a little gloomy and cold out.

6. Frankie says the scariest thing he's ever done is ride a rollercoaster. He is not a fan.

7. His weirdest habit is ordering way too much food via Postmates.

8. He was in a commercial for the Comedy Central Roast of Justin Bieber, and considers it his first big break in the business.

9. He has a self-deprecating sense of humor.

"My favorite joke? Looking at how long my hair was in high school."

10. Frankie is the youngest of three kids.

"I think it impacted my love for 'girl power' because I wanted to do whatever my older sister did, which included listening to the Spice Girls on loop."