Frankie Zulferino Chats "I Could Never" and More!

Frankie Zulferino is a young entertainer known for his singer, acting, and dancing who has appeared on America's Got Talent, The Next, and The X Factor! 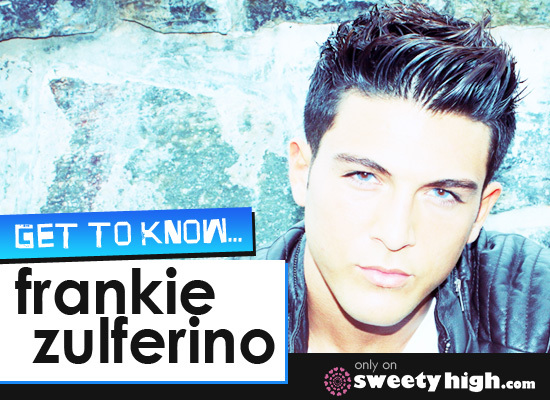 He spoke with Sweety High recently about his music, performances and influences!

Frankie is perhaps best known for his hit single, "I Could Never," which has been viewed more than 750,000 times. Frankie said he put extra effort into making the song and the music video unique.

"I love bringing people on a journey and I really wanted to create something where people felt like they were living in the future," he explained. "The song was inspired by many electronic sounds and elements, and I really feel the video helped bring the song to life."

Since then, Frankie has released a number of successful covers and original songs, including his tracks "Last Man On Earth" and "Dreamless." He explained that his style is ever-evolving.

"My musical sound has really evolved over the past few years!" he said. "I would say it's a cross between pop, house music, and R&B influences."

Frankie's talents extend beyond his musical career. He is also an actor and choreographer.

"I love doing anything that has to do with being creative," he said. "It's what I live for and I couldn't picture my life without any of those things.

"I love performing so I'm always excited to perform for my fans!" he said. "There is no greater feeling than being on the stage and doing what you love to do.

Frankie was recently one of the performers at Fall Jam Live! anti-bullying awareness concert at the Gramercy Theatre in New York City.

"I have always been an advocate for the anti-bullying campaign," he said. "I feel like we live in a world where so many people feel insecure and uncomfortable in their own skin. I feel that everyone holds something special and unique within themselves and we need to respect and love each other for who we are."

As someone extremely passionate about music, he believes that others can also achieve their ambitions.

"Dream big, work hard, believe in yourself, and don't let anyone decide your fate," he said.

Are you passionate about your creativity? Join us at Sweety High and share your talents with us in our contests to win awesome prizes!