What You HAVE to Know About Singer, Dancer and Choreographer Frankie Zulferino

From his time in the boy band WOW and touring with the Jonas Brothers to making it to the top four finalists on the CW's The Next… talent competition—and getting mentored by Joe Jonas—the triple-threat has had some impressive accomplishments. In fact, when the pandemic prevented him from touring, he made the most of it by flaunting his talents on TikTok, where he has more than 700 thousand fans.

And with Frankie's latest music video, "Hit That," featuring Melii, releasing just last week, we thought this would be the perfect time to explain all the reasons he's our Man Crush Monday. Keep reading to find out everything he revealed to us. 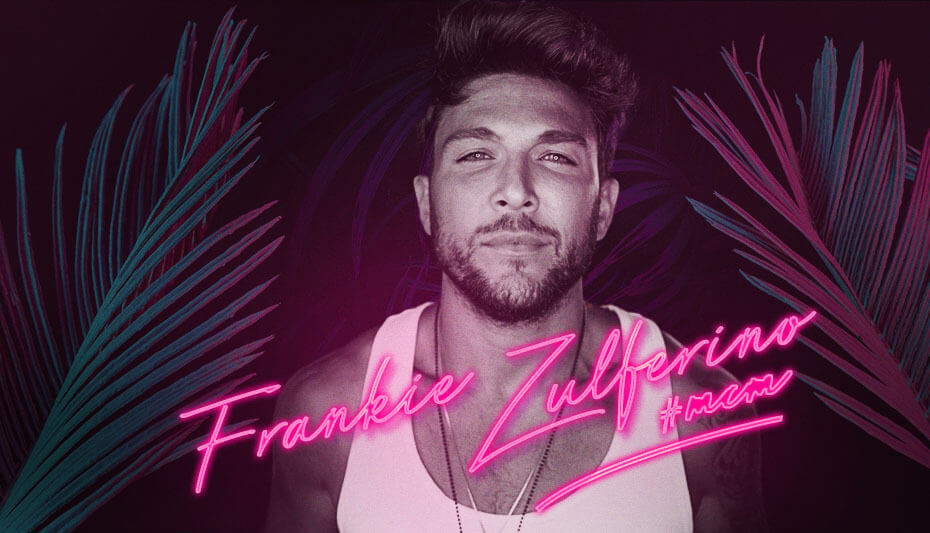 1. As a proud New Yorker, Frankie definitely thinks NY has the best pizza.

"I usually keep it pretty simple, so usually just a slice of cheese pizza. If I'm feeling a little adventurous I might get some pepperoni."

2. It's the little things that bring him joy.

"Something that always makes me smile is honestly just simple times with my closest friends that only they would find funny with me!"

3. He says that the one life lesson he wished he could have learned earlier on is the difference between being nice and being taken advantage of.

"Knowing my worth and not letting other people's judgment or criticism bring me down!"

4. If he could pick anyone from history to be his mentor, it would be music executive L.A. Reid.

"He is responsible for breaking some of the biggest artists in the world. I always felt like he would truly understand my project and who I am as an artist."

5. He says he's usually too busy to pick up many hobbies.

6. One of his weirdest habits is that he'll wake up at 3 a.m., eat a full meal and then immediately go back to bed.

"I am 100% not a morning person! I love the night because when the whole world turns off I feel like it's my time to finally relax and create. Some of my best work happens in the late night hours."

8. He's scared of heights, as well as being in an enclosed area for a long time, making him feel like he's trapped.

"So you won't see me flying out of an airplane any time soon."

9. He has a great routine he uses as a pick-me-up.

"When I get discouraged, I first try to remind myself of how hard I have worked, how much I have sacrificed and that giving up is not an option. I also will read letters that have been sent from my fans and it reminds me of why I actually do this. There is nothing more special than being able to touch people's lives from all over the world."

"Well, what kind of sick person actually likes the Disney Villains? But if I had to choose one I would pick Maleficent because it makes for a good Halloween costume, and everyone knows I love a good costume."

11. He's the youngest child in his family.

"I am the baby of the family and so my family is very protective of me, especially because of the career and life path that I have chosen. But I have always had amazing role models to look up to."

"I think at the end of the day, and most of my fans already know this, is that I know I'm not perfect. But I try my best to learn from my mistakes, open my mind and heart to learn from others, forgive people and be a better person than I was the day before."

If you're all about discovering great new musical artists, click HERE to find out everything you wanted to know about Dutch musician and YouTube creator Blanks.