Everything You Should Know About Singer-Songwriter Frawley

We've been listening to singer-songwriters Frawley's "Hard Boy" on repeat since June. If you haven't heard it yet, we think it's time you did.

We needed to know about the woman behind the powerful voice, so this week, we asked her to share some interesting things about herself. Keep scrolling to learn all about Frawley. 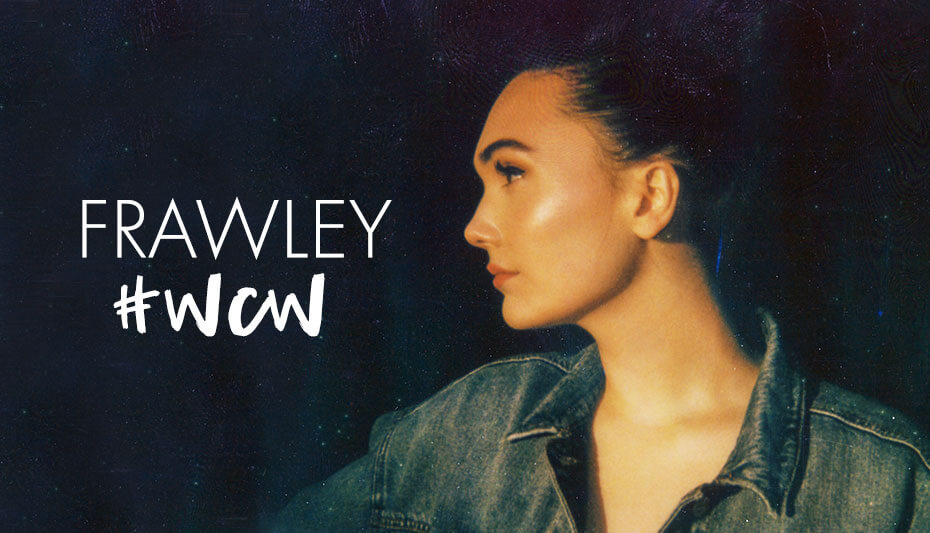 1. Nothing makes her laugh harder than the Irish sitcom Father Ted.

"I don't think anything in the world can make me laugh as hard as the characters on that show. It's absolutely brilliant."

2. Her most overused phrases are "that's insane" and "honestly."

3. Her first big break happened when she was 14 and uploaded a cover of Alessia Cara's "Here" to her SoundCloud. The track was streamed more than 13 million times, garnering the attention of fans as well as labels and management.

4. She has a tough time picking a favorite Disney flick.

5. We're glad that this weird tale about Frawley is untrue:

"At one point a rumor started going around that my sister and I got deported back to Ireland when we were absent from school for a family wedding. Obviously totally untrue, since I was born in America!"

6. She's closer to her sister, Cat, than anyone else.

7. She sees Shego from Kim Possible as a bit of a style icon.

"She has dark hair just like me and I love the color green. Also, who doesn't love a jumpsuit?"

10. Her usual Starbucks order consists of a grande iced coffee with whole milk and one Sweet 'n Low packet.

"But, if I'm feeling funky, I'll do a grande vanilla Frapp with two and a half pumps of raspberry. It tastes just like cotton candy."

Are you a music-lover? Click HERE for our favorite Disney lyrics that double as Insta captions.