Most of us didn't have whirlwind romances with guys who looked like Noah Flynn in high school, but Netflix's The Kissing Booth did have one relatable thing, and that was the "rules" Elle and her best friend Lee followed in order to keep their friendship solid.

Obviously, at the top of that list was not dating each other's siblings—a rule that Elle broke when she began dating Lee's older brother. While the rule-breaking definitely brought drama, at the end of the day, all was well—and Lee and Elle's initial rule seemed, well, lacking nuance. Lee didn't expect Elle and Noah to fall in love.

The Kissing Booth is, therefore, offers a pretty good lesson: Hard-and-fast friendship rules are rarely a good idea. Instead, it's better to have a friendship that's built on honesty, trust, and support—which basically eliminates the need for such rules in the first place. 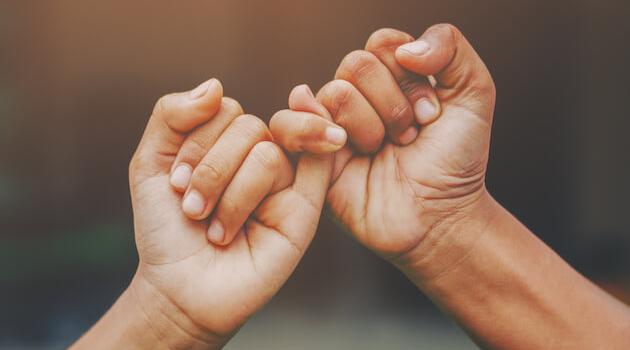 Still, there are people out there who swear there's a "right" and "wrong" way to be a great friend—which includes following some tried-and-true friendship rules. Yet things are rarely that black and white. Below are some so-called friendship rules that you can totally break—assuming you're still following that whole "honesty, trust, and support" thing.

Here are the rules you can break right now:

1. Thou Shalt Hate Everyone Your Friend Hates

Okay, so in a perfect world, your friends don't have "enemies." That being said, middle school grudges can be held for a long, long time. Just because your friend isn't over that time the girl in your math class made a joke about her forgetting to straighten the back of her hair doesn't mean you aren't allowed to smile at her in the hallway or let her borrow your notes when she's sick.

Of course, there are petty grudges, and then there is malicious, cruel bullying. Cozying up to a person who hurt your bestie in a big way is disrespectful, and while you don't have to involve yourself in any drama, you can politely keep your distance as a way to support your friend.

2. Any Romantic Interest Of Your BFF Is Off Limits

How many romantic comedies have we seen where a guy or girl comes between two friends who are ordinarily as thick as thieves? Too many. Obviously, hooking up with a friend's recent ex is a recipe for friendship implosion, but let's talk about how we define "ex" for a second. If you're interested in your friend's crush from sixth grade—who is now a high school junior who no longer rocks braces—and they're now dating someone new, you're probably in the clear to pursue that romance. However, if it's someone you know your friend had deeper feelings for, or who really hurt them in some way, it's probably nice to ask for the good ahead before you ask them to prom.

By the way, this rule goes both ways. If you are the one with the one-time intense crush from sixth grade that you literally haven't thought about in years, don't get mad at your friend for their interest. You are all practically different people now, and you really can't claim a love interest if you're not actively interested. 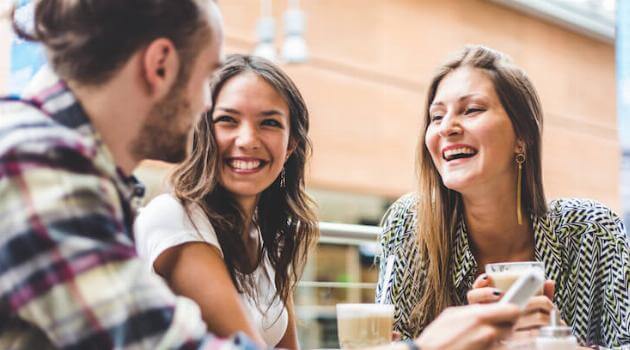 3. Thou Shalt Not Date Your Friend's Sibling

Overall, it's probably easier not to date your friend's brother or sister, but, uh, sometimes things happen. (See not only The Kissing Booth, but Edge of Seventeen as well.) Hard-and-fast rules need not apply in this situation: Instead, it's best to approach "possibly dating your friend's sibling" with caution. Are these feelings real? Are they worth any potential awkwardness?

While you're certainly not a bad person for dating your friend's sibling, you have to acknowledge why it might be weird for your BFF and proceed accordingly. Making sure your friend knows you won't put them in an uncomfortable situation where you are spending way more time with their sibling than them, and that you won't give them details of your fights or drama should they arise, can help make this situation a bit easier.

While this is a friendship rule you may break, it's worth noting that it's almost impossible to keep your friendship with your BFF exactly the same once you're dating their sibling. If you're okay not having your friend to lean on during your relationship woes, then it might be worth evaluating if this new romance is worth it. 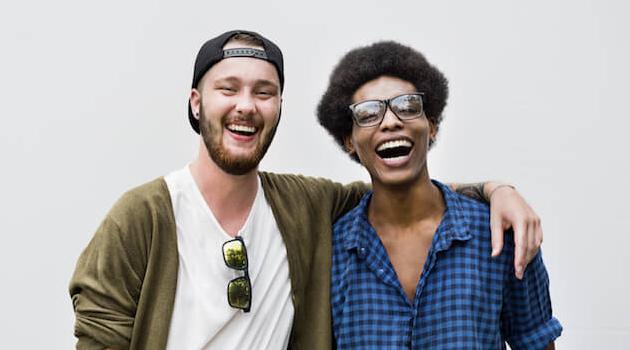 4. Thou Shalt Tell Your BFF Everything

Friends are there for you when you need to get something off your chest and share a secret, but that doesn't mean you have to tell even your closest friends everything about your life. You're entitled to keep certain things to yourself, especially if you're still trying to navigate a problem or personal issue alone. Any friend who gets mad at you because you didn't share something that was only yours to share isn't being a particularly good friend.

Want to read more about friendship? Click HERE to read about what to do when a friend cuts you out of their life.