If you're not totally crushing on Fuller House's Jackson Fuller yet, we're about to change all that for you.

Jackson, played by Michael Campion, chatted with us as our #MCM this week about his weird phobia, martial arts skills and which foreign country his show just might be filmed in for an episode. 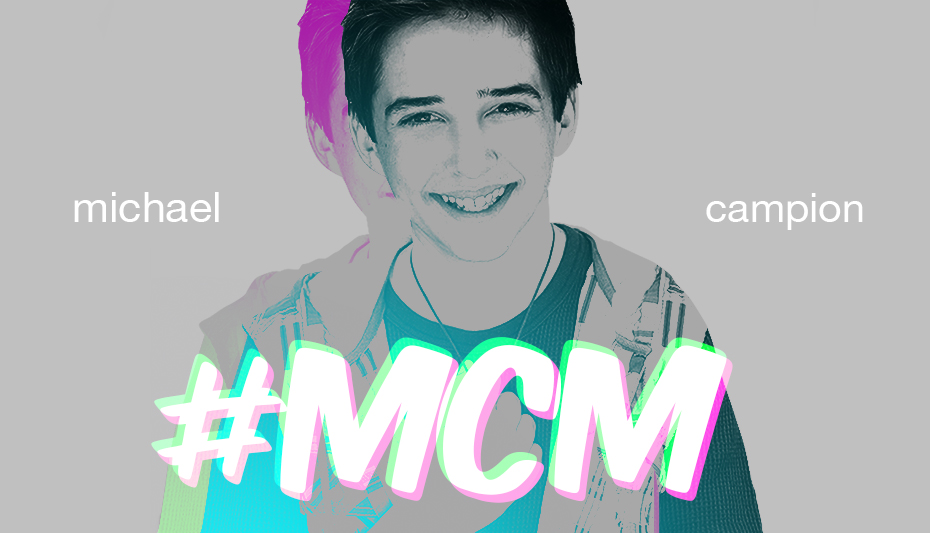 1. He has two Yorkshire Terriers named Treasure and Princess. "They're very tiny," Michael told Sweety High. "Treasure I've had for eight years, and Treasure is actually the mommy to Princess. Princess is about five."

2. Because Michael loves anime and anything else Japanese-related, he would love to travel to Japan one day. He even shared, "They're actually talking about a Fuller House episode in Japan, which would be super, super cool."

3. In addition to being a sword collector who is enrolled in a stage sword fighting class, he's also "taking a martial arts class called Krav Maga," he said. "It's kind of like Jason Bourne fighting stuff. Fuller House said they might put it in season three if they had enough episodes to do it." As a bonus, he brings his dad to classes with him. Can you say adorable?

4. Practicing martial arts was on his bucket list, but he also has another ambition. "When I'm older, I want to open a special gym that's not like a typical gym," he said. "[It would teach] you fighting and martial arts, while [also] teaching you Parkour."

5. Speaking of his bucket list, he also recently checked off another item. He got to see real snow for the first time on a road trip with his family. "We were driving through the Grand Canyon," he said. "We stopped in Arizona and that's where we saw snow. It wasn't just a flurry, it was a full-on snow." His gorgeous landscape shots say it all. We definitely want to tag along next time.????????

6. He has a bizarre phobia just like the rest of us. "I'm terribly afraid of people in giant costumes," he admitted. "I think it all started when I was three. At Disney, they had this thing where you could go up on stage and be a Jedi and fight Darth Vader. It was really cute, but Darth Vader was like six-and-a-half feet tall, and I just was like, 'I can't do this!' and started crying right on stage." He seems to have gotten over his fear at least a little bit, this cool pic with C-3PO proves it.

#sww2015 On a game show with Ashley Eckstine!

Missing Fuller House? All good, just check out THESE Halloween episodes of our fave Disney Channel shows to fill the void in the meantime.