We're loving getting to know actress Ruth Righi, the star of Disney's new comedy series, Sydney to the Max.

We got the lowdown from Ruth herself—she shared some fun facts about with Sweety High this week. Scroll below to find out what she had to say! 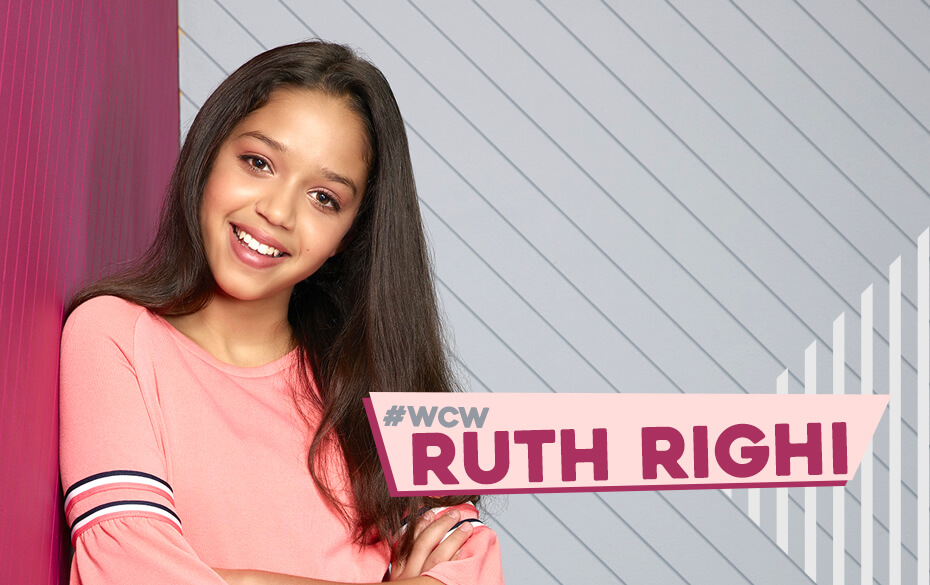 1. Her Sydney to the Max character isn't exactly like her.

"Sydney and I both play bass. Something different about us is that Sydney is much better at hiding things than I am."

2. She likes both sweet and sour. Chocolate and grapefruit is the snack she can't live without.

"A few of my biggest heroes are my grandma, Tina Fey, Malala, Ruth Bader-Ginsburg."

4. Picking an all-time favorite band or artist is also challenging for her.

5. Like so many of us, she crushed on Zac Efron's High School Musical character, Troy Bolton, back in the day. We really were all in it together, weren't we?

6. Eating couscous and macaroni and cheese makes her think of home. Yum.

7. She's not exactly a rebel. For her, it doesn't get much wilder than doing a "ding dong door ditch" with her friends.

Ruth's one of our new favorites, and so is America's Got Talent winner Darci Lane. HERE's everything you need to know about the singing ventriloquist.