Get to Know Actress Kaylyn Slevin

It's time to learn more about up-and-coming actress Kaylyn Slevin.

She acts, dances and models, and you may have seen her on TV series like Teens Wanna Know or Chicken Girls. Although she works a lot, there's more to her than her job. Kaylyn opened up to Sweety High this week and shared the scoop on everything from her feelings about pizza to the strangest rumor she's ever heard about herself.

Keep reading to get to know Kaylyn! 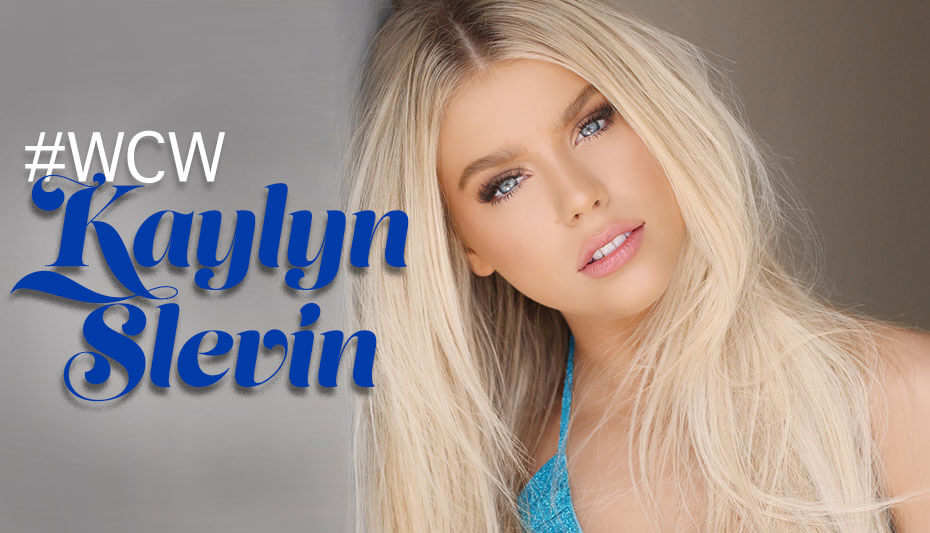 1. Kaylyn is not a big pizza eater, but when she does eat it, she keeps her order simple: "light sauce and just cheese."

"I love nighttime and I love staying up late. I love enjoying the stars outside too. During the night, everything is so calm, quiet and pretty."

3. She's been a Barbie and Powerpuff Girls fan since she was little, and if she could steal any fictional characters' style, it would be theirs.

4. Her favorite movie is the rom-com How to Lose a Guy in 10 Days, and she'd be so excited to meet star Kate Hudson.

"I have seen How to Lose a Guy in 10 Days maybe more than seven times and I love it with all my heart."

5. She's so busy that she doesn't have time for a YouTube addiction, but one of her favorite online personalities is Camila Coelho.

6. The weirdest rumor Kaylyn has ever heard about herself is that she has lip injections. For the record, she doesn't.

"I think this is so funny because I have never had any work done whatsoever and I am still super young to even think about getting anything done. I truly believe in loving yourself. God made you the way you are."

Another actress we stan is Aubrey Miller. HERE are fun facts about the triple threat.