What You Need to Know About Country Artist Spencer Crandall

Spencer Crandall and his music have found a place in our hearts.

The country singer took a risk by moving to Nashville, and it's paying off big time. In fact, he dropped his most recent album, More, two months ago. When he's not on stage, though, he's just like a lot of us, as he shared with Sweety High this week. 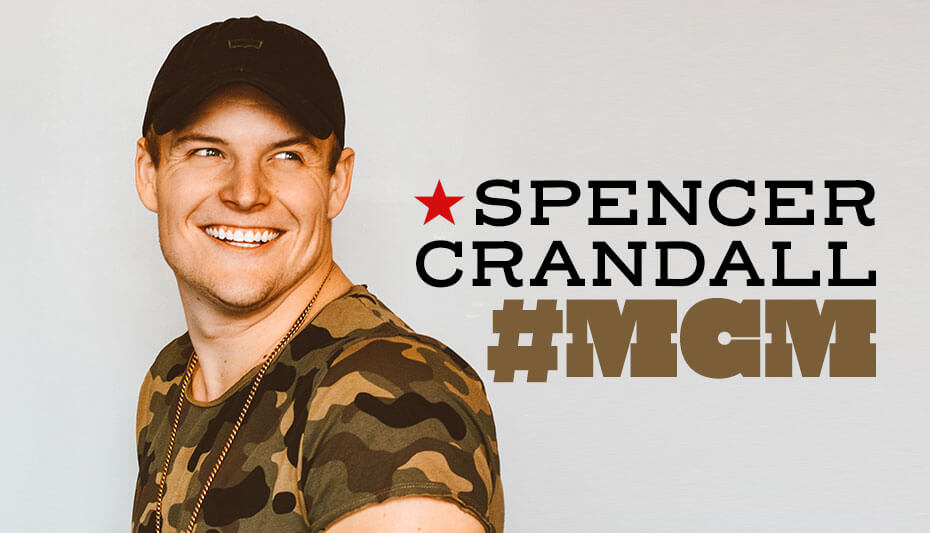 1. Spencer's first big break was opening for Chris Lane in 2016.

"It felt like someone finally said, 'Hey, you have what it takes,' and that meant a lot. I'll always be super thankful to Chris and his crew for that!"

2. He couldn't live without GPS on his phone because he's "directionally challenged."

3. His weirdest habit is whistling all the time—he doesn't even notice he's doing it.

"I just want to operate at 100% all the time, and I get really frustrated when I'm under the weather."

5. The scariest thing he's ever done was "move across the country to start a music career in Nashville," he says.

6. He likes his pizza with "anything besides anchovies."

The Lion King star JD McCrary is also one of our faves. HERE are some fun facts about the actor.