Find Out All About Dancer Taylor Hatala

We wish we had moves like Taylor Hatala. The young dancer has performed multiple times on The Ellen DeGeneres Show, competed on World of Dance and even shared a stage with Justin Bieber.

There's more to Taylor than dance, though. She shared fun facts about herself with Sweety High this week, from the identity of her longtime celebrity crush to her controversial thoughts on the Harry Potter books.

Scroll on to learn all about Taylor! 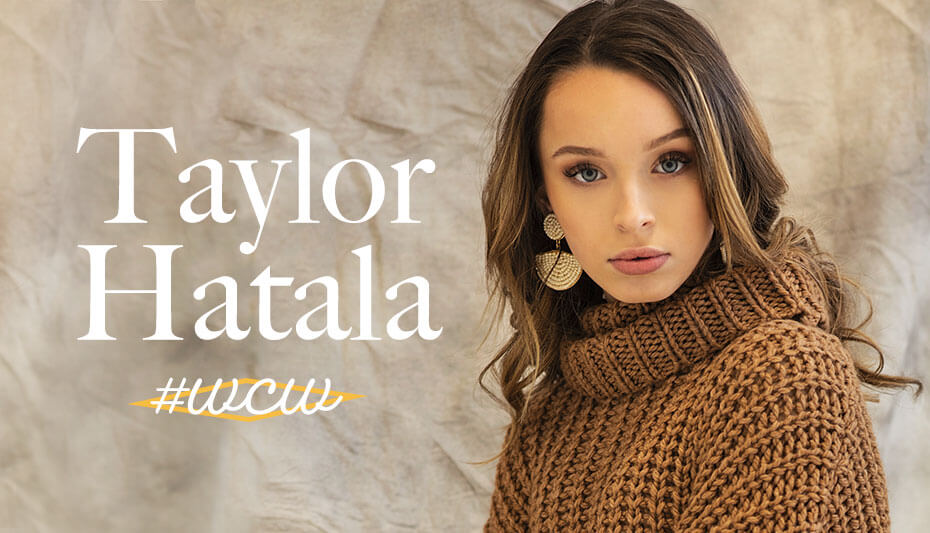 1. She journals when she tours to save the memories—gathering little souvenirs at every stop turned into having too much stuff to keep track of.

2. Taylor has never watched the Harry Potter movies. She knows a lot of people are "super disappointed" to hear that, but she's just never gotten into them.

3. She loves the No. 1 combo at Chick-fil-A, which is a sandwich and waffle fries. Taylor can't get it in Canada, so she thinks that's why she enjoys it so much.

4. Her top celebrity crush has always been Zac Efron. She says she's loved him "from his High School Musical days to his Baywatch days."

5. Taylor and her dad used to quote Dr. Evil from the Austin Powers movies, so he's her favorite movie villain.

6. She considers herself a "very creative person," so not surprisingly, she likes artistic hobbies. Usually that means finding time to paint, but she also went through a phase where she did a lot of calligraphy.

Kaylyn Slevin is another rising star we've been following. HERE's what to know about the actress.