Gabrielle Turnquest is an 18-year-old from Florida who recently became Britain's youngest barrister ever. 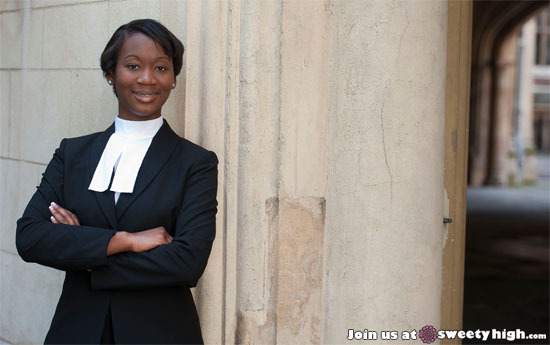 How did this young American woman go from a psychology degree to breaking a British record in just a couple of years? We spoke to Gabrielle about her education and the journey that eventually led to her law degree.

"My 'journey' to the law was not exactly typical," Gabrielle said.

Gabrielle can owe much of her success to her mother, who saw potential in her six children and did everything she could to give them the best schooling they could get.

"My mother has always placed a strong emphasis on education," Gabrielle said.

Gabrielle's mother took her children's education very seriously, even creating her own curriculum by taking bits and pieces from varying countries' school requirements, and hiring teachers to instruct her kids based on the curriculum she had developed.

"I realize how strange this must sound, but honestly at the time we started I didn't think much of it," Gabrielle said. "My mom tried her best to make our private instruction seem as close to traditional schooling as possible."

This included creating uniforms and a school crest for her children. Gabrielle and her siblings also participated in extracurricular activities to give them a chance to hang out with other kids their age.

Her accelerated curriculum allowed Gabrielle to start her first college degree in psychology when she was 14. She sought the degree aspiring to become a counselor, and was an intern at a counseling center.

"My mentor during the internship told me of his own struggles of trying to be accepted by patients and colleagues in the field when he began practicing in his mid-twenties," Gabrielle explained.

Her mentor wasn't taken seriously because he was so young. Gabrielle would be just 16 when she received her degree, and realized she would face the same problem.

"My mentor advised I get some other life experience before returning to psychology," Gabrielle said.

She took his advice. Gabrielle already had a number of attorneys in her family, including her mother.

"I grew up thinking and talking about the law so I think there was an innate connection and respect for the law," she said.

While Gabrielle was considering her options, her older sister was accepted into the graduate program in law at what is now the University of Law in London.

"The timing of this pushed me into the legal direction," Gabrielle explained. "I embarked on the legal course hoping to garner life experience and figure out my next step."

The school looked at Gabrielle's experience and grades and accepted her, but she later faced problems because she was not yet 18.

"The acceptance was later rescinded due to my age," Gabrielle said. "It took a lot of fighting and even transferring guardianship to my sister for the next year and a half… so that my application could be reconsidered."

Before applying to the University of Law, age had not been an issue for Gabrielle. She said she never paid too much attention to the age differences between she and her peers in school.

"I don't have many other experiences to compare it to. Since the fifth grade I have usually been the youngest in my class," Gabrielle said.

In college, she attended classes with students up to 20 years older than her. People generally didn't bring up the age differences.

"However, I do think it has given me the advantage of working or studying in many different areas before specializing and settling down," she said. "I don't have the responsibilities or expectations an older person might have forcing them to rush to find stable employment."

But being the Britain's youngest barrister ever also comes with a price. The issues that turned her away from becoming a counselor are facing her as a young barrister.

"Despite the praise I've received by some for my achievements I think there are going to be just as many if not more people who will be weary of taking me seriously because of my age," Gabrielle said. "I think that my accomplishments just show what people are able to accomplish if given the opportunity, regardless of age."

Now that has been admitted to the bar in Britain, she has her eyes set on her home in the U.S.

Gabrielle plans to take Multistate and California Bar Exams in order to learn more about law in the United States and be able to practice law here.

Starting this October, she will also be studying apparel industry management at the Fashion Institute of Design and Merchandising.

"I'd like to learn more about an industry I've always found quite fascinating – fashion – in hopes that I will be able to merge this knowledge with my law degree and specialize in intellectual property law as it relates to the fashion industry," Gabrielle explained.

"To those persons I would have to say this is a billion dollar industry that affects the lives of everyone who wears clothes," she rebutted. "I can't fathom how it could be a waste of time."

Though she's accomplished a lot, Gabrielle didn't think she should be rewarded just for being a young woman.

"I don't think that my story should be used to show what just young people can do but what all people can do with hard work and determination," she said. "Everyone should be considered based on merit not age or gender."

She hopes that instead, her story will encourage others to set their goals high and do what they can to reach them.

"I am very grateful to all those who believed in me and hope that me sharing my story could persuade others, but especially other young persons to chase their dreams and urge them to never be afraid to start early!" Gabrielle said.