Ever since Garrett Jacobs flew onto our radars as an American Idol contestant, we've been keeping an eye on him, and we've been super excited to see his career as a country singer-songwriter take off.

His latest single, "Young Love," released on Friday, April 24, and we haven't stopped listening to the melodic and upbeat track since. It's an uplifting love song exactly when we needed it, and we know you're going to love it, too. Keep reading to discover all the things you always wanted to know about Garrett. 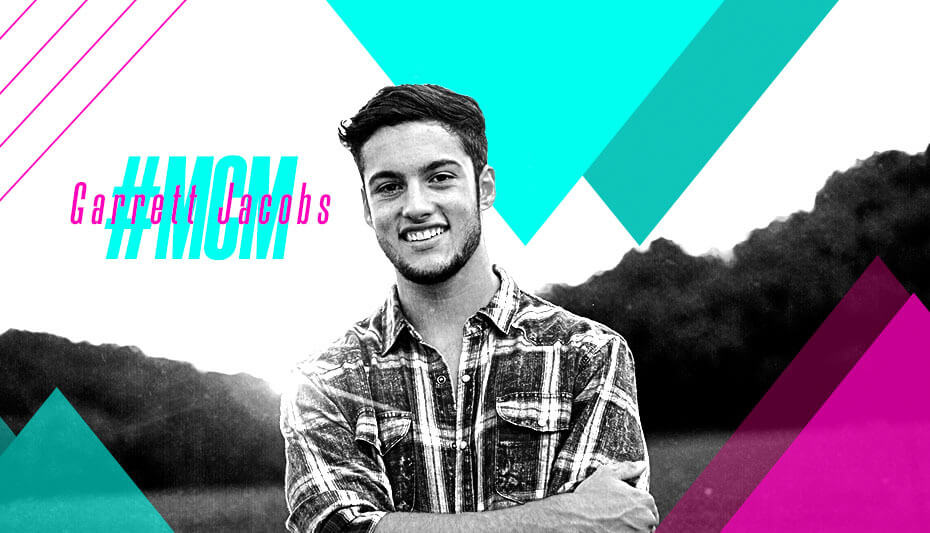 1. The last song Garrett had stuck in his head was "Nobody But You" by Blake Shelton.

"You can call me crazy, but I think it would be fun!"

3. He loves action and adventure movies.

"I love how they keep you on your toes."

4. He likes to turn his most challenging moments into music or time with family.

"If I've had a rough day, usually if it's something that emotionally drained me, I unwind by writing a song about it. For anything else, I would call my mom, dad or my brother. It's hard living so far away from them and just by talking to any one of them, it puts me in a better mood."

6. His favorite color is olive green.

"It's important to me because it reminds me of the grass and trees back home."

8. He says he couldn't live without the Voice Memos app.

"My entire life is basically on there. I turn to that app every time I get an idea and I can't imagine not having it. I got the idea of starting the song 'Young Love' using that app."

9. He relates to Olaf more than any other Disney character.

10. If he could travel anywhere in the world for a week, he'd love to tour Europe.

"I'm really big into discovering different cultures, so I'd choose Europe because there are so many different cities that I want to visit, such as Paris, Dublin, Rome and Barcelona, just to name a few."

11. Garrett hopes that his music conveys a powerful message.

"If someone only listens to my music once, I hope they find a sense of purpose and know that they're not alone in whatever they are going through. God put me here to make music and to connect with people, so if they hear a song of mine and they can relate to it, that means I'm doing something right."