What Is Gaslighting, and What Are the Warning Signs?

If you've spent any time watching reality TV over the past few months, you've probably heard the term "gaslighting."

The most shining example of this emotional manipulation tactic can be found within the current season of Bachelor in Paradise, but it's a strategy that fills dozens of our favorite TV shows and movies, from Ezra on Pretty Little Liars to Ross on Friends.

But what exactly is gaslighting and how can you recognize the warning signs? Keep scrolling for our crash course on this problematic manipulation technique.

The dictionary's definition of gaslighting is "to cause (a person) to doubt his or her sanity through the use of psychological manipulation." With a definition like that, gaslighting sounds like a mysterious and rare issue, but it's actually a pretty common occurrence in most relationships, romantic or otherwise. In simpler terms, gaslighting is a manipulation technique where one person (the manipulator) causes someone else to doubt their own perception, memory or even their reality, depending on the severity of the circumstance.

There are many forms that gaslighting can take. The manipulator may cause their target to question the actual memory of the event, often using phrases like "you know how bad your memory can be" to cause the person to second-guess themselves. They may change the subject to avoid the conversation, they may down-play their target's feelings to make them feel ridiculous for being angry over "something so small," they may deny that a situation or conversation ever happened or the manipulator may directly tell their target that they're "just making things up." 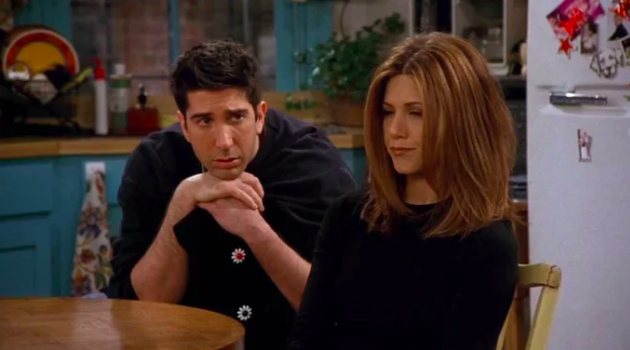 While all these tactics may sound frustrating and maybe even upsettingly familiar, the real trouble with gaslighting is that it's very difficult to identify when it's actually happening to you. The entire problem with this manipulation tactic is that it causes you to second-guess yourself, making it hard to rely on your own gut feeling that something in your relationship might not be quite right.

So how do you know if you're dealing with an instance of gaslighting? Keep reading for a few warning signs. Also, keep in mind that we're referring to gaslighting in a romantic relationship to more succinctly explain the signals, but gaslighting can occur in all types of relationships, including familial and professional ones.

If you're dealing with a manipulative partner, it's pretty much a certainty that they're going to lie to you at some point. And while lying occurs in all types of relationships (even though it shouldn't) the lies that a partner who is gaslighting you tells are different than other falsehoods. A gaslighting partner is going to tell glaringly obvious untruths. You might even have evidence to prove them wrong, and your partner will insist that they're being honest, despite every piece of proof pointing in the opposite direction.

So why would your partner stick to their lie, even when they know they've been caught? Because a gaslighting partner isn't lying to truly try and convince you of their point of view, they're lying to throw you off-balance. When your partner lies so blatantly, it sets a precedent in your relationship where you can never fully trust what they say. Chances are, their obvious falsehood won't be about something significant enough to end the relationship, but it will still cause you to constantly question their words and actions. If they lied once, they'll probably do it again, but you never know when it's going to happen, which is precisely the point. 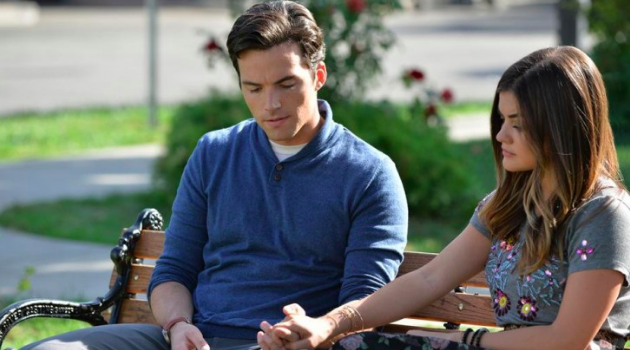 2. Your Partner Denies Your Accusations, Even When You Have Proof

Much like your partner telling an obvious untruth, a gaslighting partner will always deny any accusations that they're acting inappropriately in your relationship. No matter what it might be—a misunderstanding about evening plans, a conversation about improving your communication techniques or any other normal snag that all relationships face at one time or another—your partner will always find a way to pass the blame from themselves to you. Even if you can bring up text conversations or other evidence that your partner is in the wrong, they'll still find a way to insist that you misunderstood or that you're overreacting.

This technique is a classic sign of gaslighting, as it moves the blame from your partner to you in a way that forces you to take full responsibility for the relationship. By putting the happiness and health of your relationship fully in your hands, your partner is then able to convince you that they're never at fault. Not only does it put too much pressure onto your shoulders, it also creates a scenario where they can twist anything you say to paint you in a bad light because you're just not doing enough to hold the relationship together. 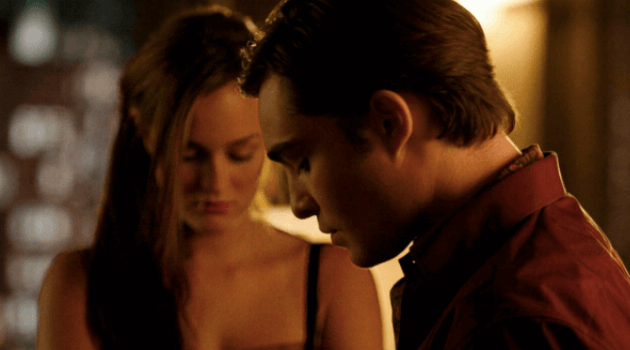 3. Your Partner Constantly Tells You That You're 'Too Sensitive' or 'Crazy'

The most obvious sign of gaslighting occurs when your partner verbally tries to minimize or undermine your feelings. Trivializing your emotions can take many forms, the most obvious being that your partner accuses you of being "crazy" or "too sensitive" for simply trying to have a conversation about your relationship. Phrases like this serve the dual purpose of avoiding a tough conversation and causing you to second-guess yourself, therefore allowing your partner to manipulate you into believing that you're in the wrong.

Emotions can cause you to act irrationally—there's no denying that. Not all feelings should be acted on, but if you find that your partner constantly tries to brush off your feelings, even when you're trying to have a conversation about a serious topic, they're attempting to gaslight you, and you should immediately run for the hills. 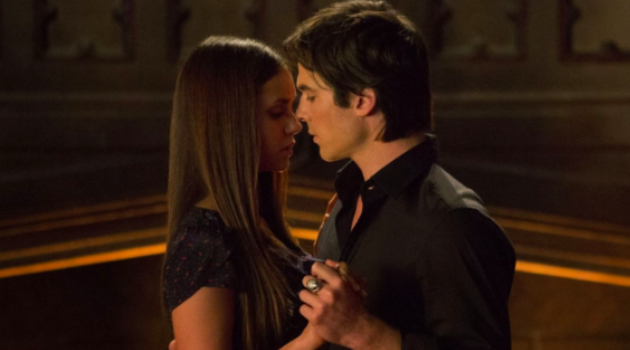 4. You Frequently Second-Guess Yourself

While you may be able to point to actions your partner takes that are indicative of gaslighting, more often that not the warning signs can be found in how you feel about yourself. The most obvious of these symptoms is simply that you start to second-guess yourself constantly. You think you know what happened, what was said in a conversation or how you feel about something, but you start to wonder if maybe you're wrong.

It's important to remember that we all have moments where we question our thoughts and feelings. Self-reflection is an important part of self-improvement, but the key to this sign of gaslighting is that your second-guessing becomes a constant force in your life. If you feel perpetually unable to trust your own gut, it's likely that there's something deeper going on than a desire for introspection. If you reach a point where you can't trust yourself, it's likely some outside force has pushed you into that mindset. 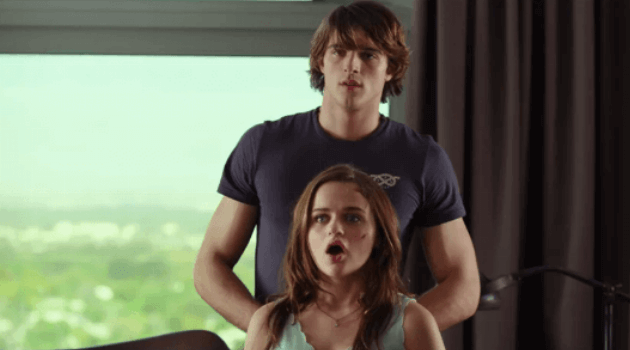 5. You Feel on Edge Around Your Partner

If you're dealing with a gaslighting partner, it's likely that your conversations are often confusing and frustrating. You might go into a chat with your partner with a goal and a script in mind, but somewhere along the way things get twisted until suddenly you're defending yourself from their accusations instead of having a discussion about the original problem.

Although there are multiple reasons to be on edge around your partner, feeling uncomfortable around them is also a potential warning sign of gaslighting. It shows that you feel fearful and wary of being yourself or disagreeing with them, which could potentially be a result of your partner's manipulation tactics. 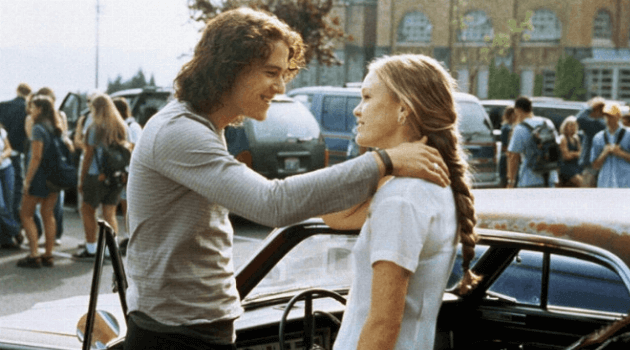 When dealing with a manipulative partner, you're constantly having your words and actions twisted to fit their agenda. No matter what you do, your partner finds a way to communicate that you're in the wrong, causing you to question yourself and your actions. This can lead to a general feeling that you're just misunderstood. You know you have pure intentions and you feel like you're trying to do what's best for your relationship, but somehow you always end up feeling like you've messed up or done something wrong.

Feeling misunderstood is never a good sign of the health of your relationship, but it could also be a symptom of a gaslighting partner. Try to get to the root of where your feelings are coming from, as you might find that it's more from manipulation than from a general misunderstanding in your relationship. 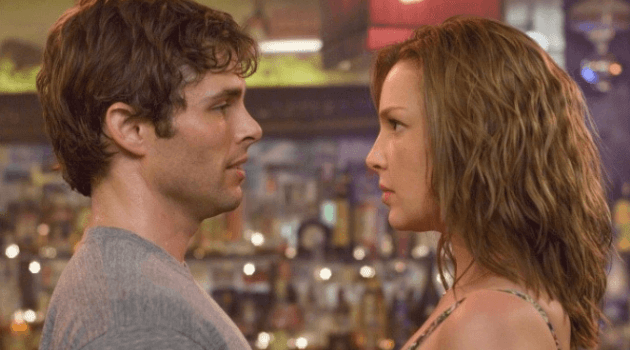 7. Something Just Feels Off

Gaslighting is a manipulation tactic that aims to distort your view of reality. The entire point of gaslighting is that it causes you to question your own beliefs and your own sanity, which can make it very difficult to put your finger on what's truly wrong in your romance. Therefore, one warning sign of gaslighting is that something just feels off, even if you can't pinpoint exactly what it is.

If you feel frustrated, confused and worn-down, but you can't put your finger on anything that's truly wrong in your relationship, you're probably dealing with a manipulative partner. Your view of reality has become so distorted that you can simultaneously think that your relationship is perfect while feeling like something is very wrong. If your gut is telling you to get out, listen. Gaslighting or not, wanting to leave your relationship is enough reason to go, and you might just release yourself from a manipulative partner in the process.