There truly is no one doing it quite like GAYLE these days.

She hit the ground running as a celebrated singer-songwriter when her song "abcdefu" went viral last year, and with the release of her new EP, a study of the human experience volume two, it's clear she hasn't lost any of her touch. It's the followup to her a study of the human experience volume one EP, which dropped in March, through which GAYLE continues to draw from and channel her unique personal experience—which sometimes feels painfully close to our own. The new songs are soulful yet gritty, vulnerable yet tongue-in-cheek, and show GAYLE's growth as a songwriter, as well as a person. We were lucky enough to get to chat with GAYLE about volume two, and here's what she shared with us about the EP's fresh new tracks.

a study of the human experience

GAYLE: The EP is based off of both me and my collaborators' human experience. The human experience is something that we're all experiencing at the same time, yet very differently as individual human beings. This EP talks about my personal experience. 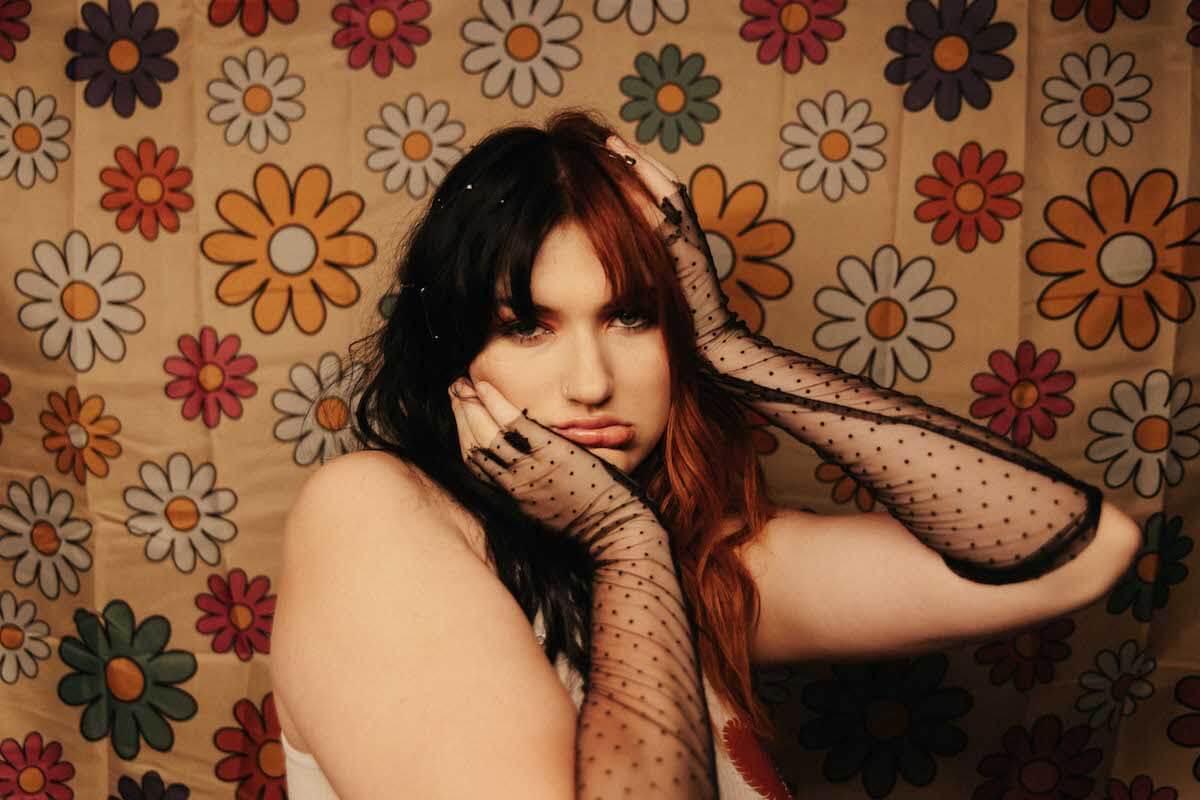 GAYLE: The main themes are honestly just things about my life. I talk from a sarcastic and egotistical perspective about how myself and other people care too much about being cool. I was able to talk about very pivotal moments that made me question life, sometimes in a more positive light, other times in ways that acknowledge my sadness or anger. But then some songs say, "Okay well, that was a lot, but I'm just gonna have fun!" and bring the theme of how we're able to compartmentalize, even with so many terrible things that are out of our control going on in the world. The EP as a whole kind of deals with how I feel like the world's on fire sometimes, so what are we going to do about it, and sometimes that's just having fun with your friends and not worrying about it.

GAYLE: The first part of the song to be developed was the chorus. I knew I wanted to write a song called "indieedgycool," and I wanted to take on this persona in the talking melody of the chorus. So I walked in and told Delacey and Jonny Shorr the concept that I wanted to do, and we finished out the chorus pretty quickly before going into the verse. We were trying to figure out the best way to start it, and we knew it had to be something obviously annoying. We settled on "I think I'm original and everybody's copying me." Johnny figured out the production and the drums pretty quickly, and the rest was super fun with the background noises like yawning and crowd vocals.

This song just means that I can be light-hearted and not always take myself too seriously. I take music very, very seriously because it's something I love and I'm so passionate about it, but sometimes I just need to be human and allow things to be funny.

My favorite lyric is probably, "I don't do coke, yeah I like to eat." It's absolutely ridiculous. 1. I've never done coke, 2. What does that even mean? I used to be the girl whose personality trait was that I loved food, and I just laugh every time I hear that lyric.

GAYLE: "fmk" is about how when I love someone so much in a relationship, it can also make me feel the complete opposite where I'm annoyed by everything they do. I wanted to have a light-hearted take on the toxicity I've had in past relationships. I was able to send blackbear an open track where he could put his own perspective into the second verse.

I absolutely love blackbear and have listened to him for years, so it blows my mind that this song exists and I'm really happy. The song showed me that I'm able to acknowledge that I'm not always the healthiest in a relationship. Obviously, I want to be, but sometimes I'm just not, and I'm working on that.

I would just say my favorite lyric is "I wanna f***, marry, kill you sometimes." I love the concept. I really relate to it, and the consistency/tie-in to "abcdefu" is cool. 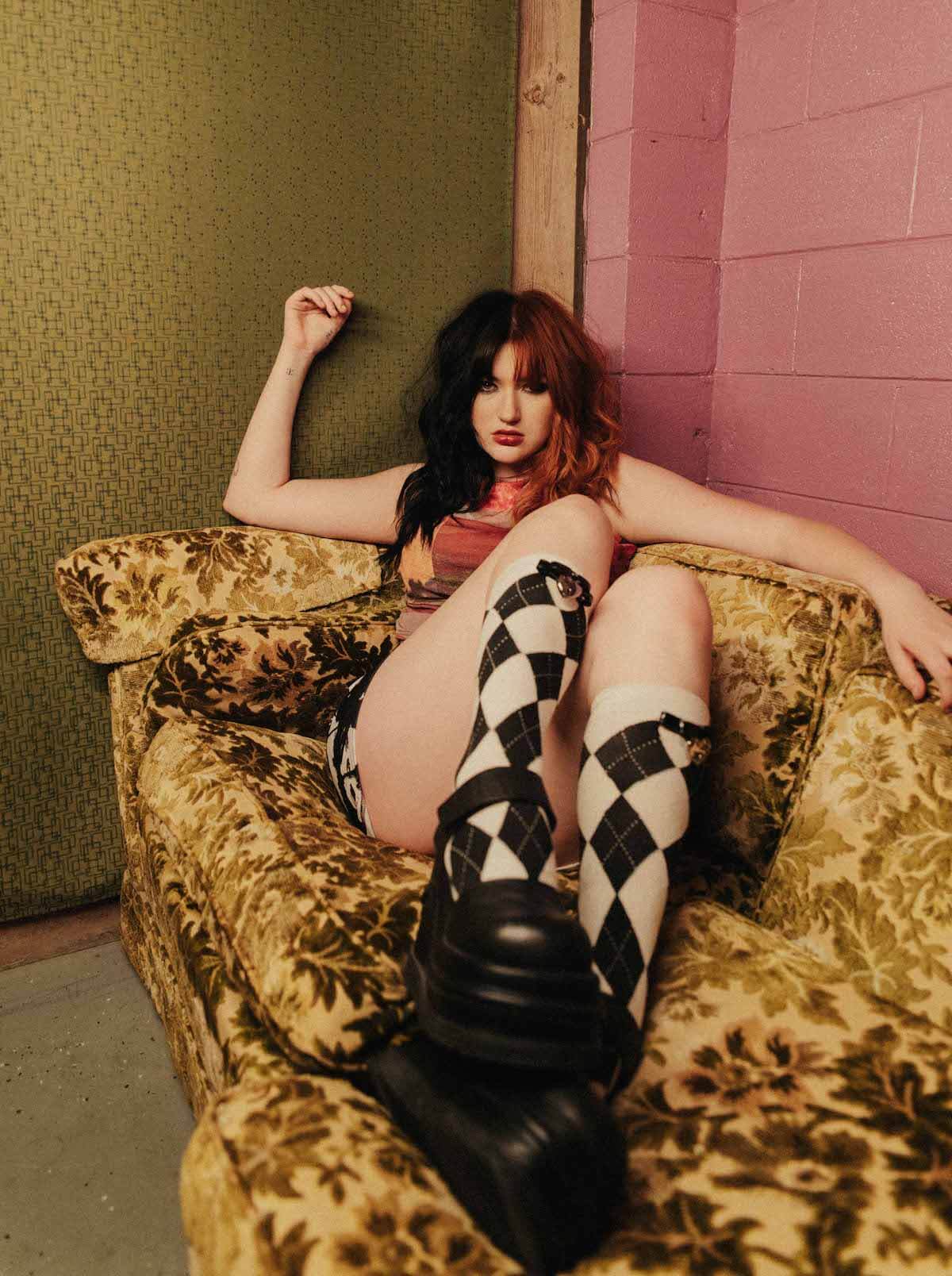 GAYLE: When writing the song "ALEX," my best friend Sara Davis and I were in a writing room together with our friend Reed Berin, who I absolutely adore. We also did "kiddie pool" with him on the first EP. We were just chatting about the moment I realized I needed to break up with my ex. Sara and I were on a road trip and we stayed at a lakehouse in Arkansas with no wifi, so I wasn't able to text him at all. We were on the long drive home from Arkansas, I'm fully lying down in my chair listening to Lorde, and suddenly I pop up out of my seat and realize, "I gotta break up with ALEX." Sara and my mom were secretly like, "thank god," and I literally broke up with him that night.

Reed said it was a great song idea, and I was like, "absolutely not." So Sara says, "Okay cool, I guess we'll just write it without you and you can wish you wrote it with us!" And here we are. The song is showing the moment before I realized the toxicity while I was mourning the loss of that relationship.

"alex" talks about the conclusion I came to and realizing I needed to get out of the relationship. I was really sad when I came to that conclusion and wasn't even able to see how toxic our relationship was until months and months after our breakup. It was really important for me to realize how unhealthy it was and how many life lessons I learned throughout that relationship. Even the way it's written shows how much love I had for him before I became angry, and I'm trying to justify his actions that were actually really messed up.

My favorite lyric is, "I can never clear my head of all the times you s*** the bed." A literal inside joke.

'god has a sense of humor'

GAYLE: "god has a sense of humor" came about after I sat down at the piano and played the chorus melody, which I originally thought would be for the verse. I start singing, "Life's not right or wrong, it's just a little complicated," and Sara literally yelled at me to stop so she could record it on a voice memo. The next lines that came to us were, "Laugh until I choke" and "life is just a joke," which led to "god has a sense of humor." But I'm not religious! So we add, "And I'm not in on the joke." Pretty quickly after finishing the chorus, I went and sang the first verse that talks specifically about one of the first moments where life instantly lost a little bit of its sparkle and glow. So we just dove into questioning the universe, I guess, from there.

My favorite lyric is, "God has a sense of humor and I'm not in on the joke." 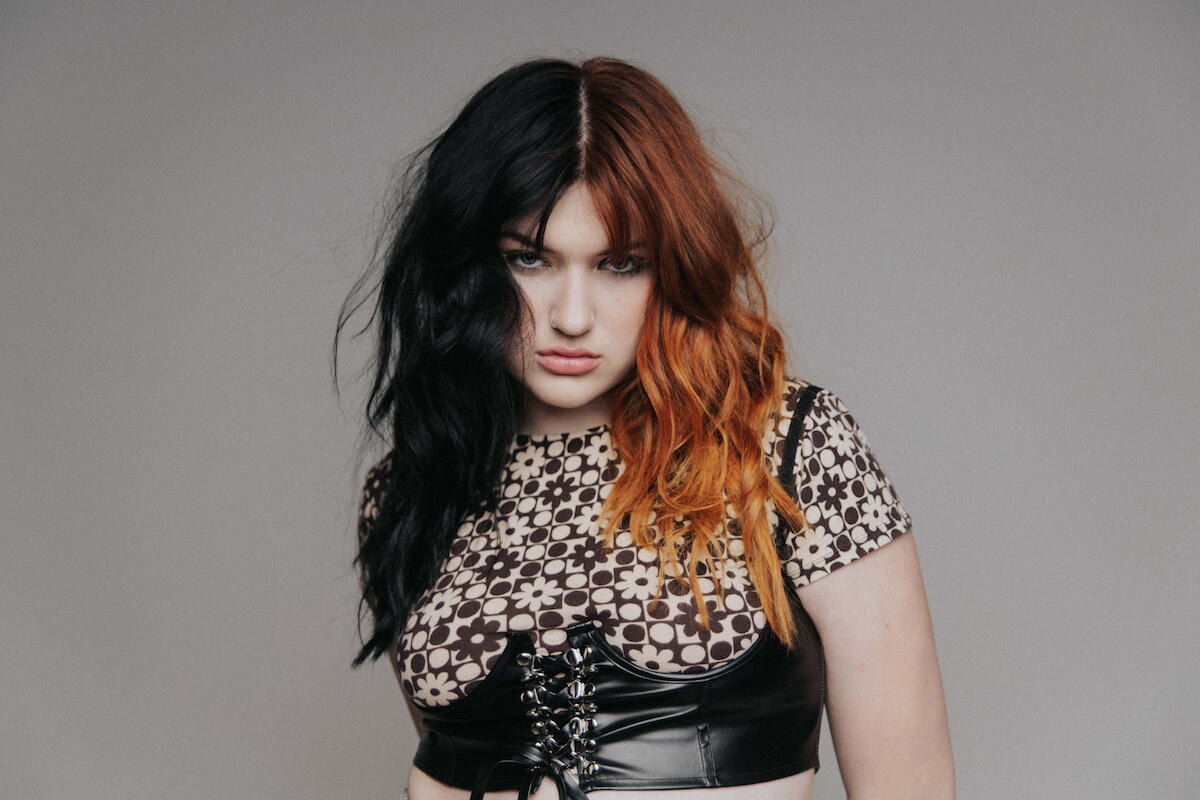 GAYLE: "snow angels" is the second song I wrote with Casey Smith and Noah Conrad that day. The first song we wrote was called "i'm afraid for our future," which was basically talking about microplastics in the ocean, robots taking over, us running out of food—it was the most complain-y song ever! I was like, "Guys, we need to write something more fun." I hadn't gone to a party or anything in a long time. I was just writing songs, then going home and eating pizza. I wanted to get inspiration, so I called my brother, who's in a frat in Alabama. I was talking about how I don't feel refined enough to just have a classy glass of wine, and he's like, "if I'm drinking, I want to be making snow angels in the grass." I literally texted Noah and Casey, like, "We have to get another day in, my brother said something more specific and interesting than anything we say in the verses."

It's forever my favorite song. I've had so many random nights where I've done things like riding in a golf cart with Chewbacca slippers and a suit stolen from my brother's best friend's closet on, taking pictures in a dirty bathroom stall—I just feel like it's the most "me" song that I've ever written. It was a lot of fun, and I'm excited about it coming out.

My favorite lyric is, "Kinda wanna make snow angels in the grass."

Want to read GAYLE's breakdown of volume one? Just click HERE to see what she told us about that EP.