Pay attention, fangirls, because Ashley Poston's Geekerella is about to be your favorite YA romance.

In a way, it's a retelling of the classic Cinderella story with fandom, rather than magic, at the center. Swap the gown from the fairy godmother for the ultimate cosplay, the ball for a massive sci-fi convention and Cinderella herself for a massive fangirl and you're halfway there. On the other hand, it's a modern love story that asks readers not to judge books by their covers and tells them that anything is possible. 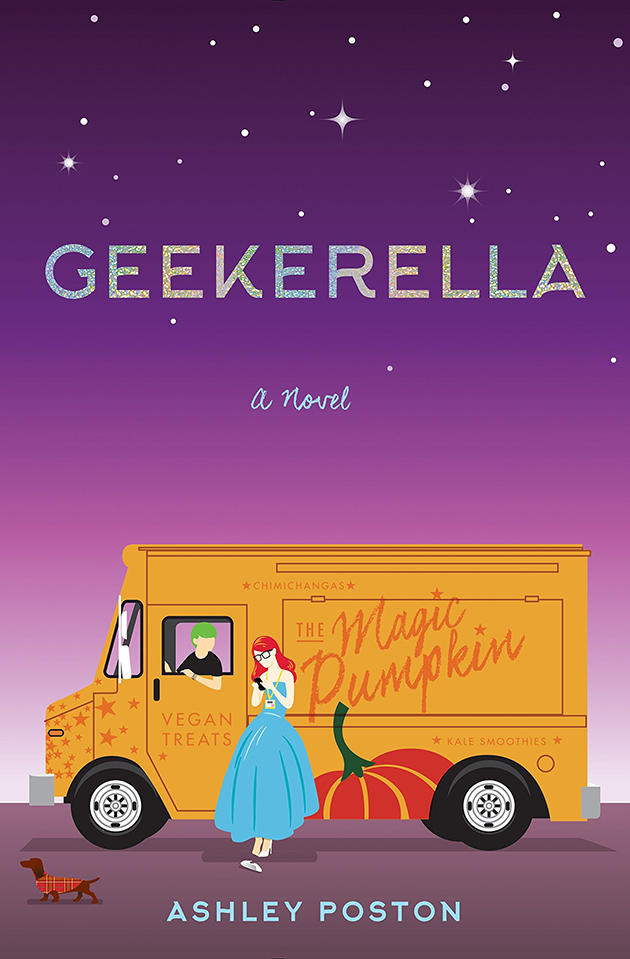 Geekerella follows Elle, a senior in high school who lives and breathes the classic science fiction show Starfield. She inherited her love of the series from her parents, who started the now-massive fan convention ExcelsiCon, but after their deaths she's forced to live under the punishing rule of her awful stepmother and stepsisters.

When a Starfield movie is announced, Elle anxiously awaits the details, ready to spill every thought on her Starfield-themed Rebelgunner blog. What she never expected is that the vacuous soap opera heartthrob Darien Freeman might nab the role of her favorite character, Federation Prince Carmindor.

When Darien misses some critical Starfield trivia on the morning show for the film announcement, Elle decides there's no way he has what it takes to helm the new iteration of the franchise. Disappointed, she turns to her blog to skewer the casting decision and let the world know that he is not her Prince Carmindor.

Meanwhile, we discover what's really going on inside of Darien's head. He's as tired of his bland pretty boy image as Elle is of him, and as a lifelong Starfield fan, Carmindor is his dream role. It pains him that he has to play dumb—of course he knew that trivia—and that a huge number of his fans care about his abs more than his acting.

This Starfield role might be the chance to make his career into something he's actually passionate about, proving he has the talent and the substance for life beyond soaps. Or, if he botches it, he can ruin his favorite franchise forever. 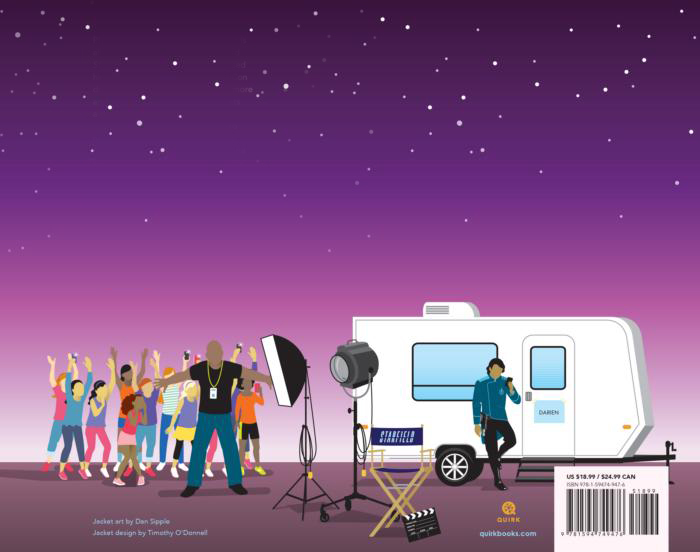 Throughout Geekerella, we alternate between these dual protagonists, seeing into both of their psyches and understanding their problems as the story unfolds. Elle struggles with her daily life, wishing only to escape her cruel stepmother, and Darien has to cope with betrayal and the pressure of a role he actually cares about.

But their lives are fatefully linked together by Starfield. When Darien attempts to contact ExcelsiCon to cancel a panel, he winds up texting the founder's daughter, Elle, instead. Through a series of texts, they become fast friends, bonding over their shared passion.

Anonymity allows them to be their truest, dorkiest selves. Of course, honesty stops just short of revealing their full names. Elle has no idea that the person on the other end of the line is the loathed Darien Freeman, and he'd never guess he's been texting the author of those ferociously scathing blogs.

When Darien doesn't get in touch with the convention, the show must go on. In addition to judging the con's cosplay contest, he'll also be meeting the winners at the post-convention masquerade ball.

Since her father's death, Elle has avoided ExcelsiCon, afraid of the painful memories it might drudge up. But this year is different. The cosplay contest, which also awards the winner a cash prize and tickets to the Starfield red carpet premiere in Los Angeles, suddenly seems like her chance to escape her dreary life of oppression.

The story that follows is as tense as it is romantic. As Elle and Darien continue to fall for each other, Elle labors to create her perfect cosplay, hidden from the prying eyes of her stepmother, while Darien wrestles with the prospect of failure. As the convention approaches, everything goes awry. We as readers know that the two are perfect for one another, but will Elle and Darien be able to see that? Will they even know if they've met?

Geekerella feels different from any romance I've read before, and it's not just because it's about blogging, cosplaying and cons, generously sprinkled with geeky references.

It's different because it taps into fandom and what it means to give your all to something. Fangirling plays a huge role in the lives of young people everywhere, and it's fabulous to see that represented on the page.

At some point, I think most fangirls have fantasized about finding a partner who's just as passionate about their fandom, and this story rides out that fantasy to the fullest. The characters are relatable and fully realized, and as a reader I didn't feel like I could put the book down until Elle and Darien got some kind of happily ever after.

I'll have to be honest and say that I didn't immediately love Elle—and I think that's the point. While I sympathized with the pain she endured because of her overbearing stepfamily, there were times in the beginning when it felt like she was the wrong kind of fangirl. Maybe that frustrated me because I was that fangirl at one point in my life.

At the beginning of the story, she's closed-minded and backwards thinking. The new Starfield isn't going to be like the classic Starfield she loves, and she's unwilling to accept it. She's very focused on the divide between the "real fans" like her and "fake fans" who don't know every tiny detail about the show.

She sets the bar high for what it means to be a real fan, but also has a tough time letting other people in. She immediately assumes that most people think for love of Starfield is dumb, and only when she opens and tries to share her passion does she finally make a real friend.

Her "us vs. them" mentality is the type of thinking that can alienate casual fans and play into why she's so lonely at the beginning of the story. There were times I wished I could make her join Tumblr or something so she could build a community and have some kind of outlet beyond her blog. She has so much to share, even beyond her blogging, and it's pent up for most of the story.

Lastly, she gets so wrapped up in her own viewpoint of who Darien Freeman is that she can't fathom that he might suit the role. Again, I'm totally guilty of this. So many times in the past, I've questioned casting for a franchise I care about, only to find that the actor in question actually elevated the role beyond what I thought it could be.

As the story progresses, so does Elle, moving forward from this kind of thinking until she can become the kind of fangirl who's inclusive, shares the love and keeps an open mind even when the face of her fandom changes. As much as the story is about finding love through shared enthusiasm, it's also about how acceptance and an open mind can empower you to be who you always wanted to be. That's a message I can definitely get behind.

Want to be the best fangirl you can be? Click HERE to read our review of Kathleen Smith's The Fangirl Life.