I Got to Play the Whimsical Ghost Giant at E3, and Here's What Happened

Of all of the PlayStation VR demos available to play this year at E3, one of them stands out to me way above all the rest.

That game is Zoink Games' Ghost Giant, a program in which you become a giant ghost who befriends a lonely little boy named Louis. And because the game is in virtual reality, I got to see the whole experience through the ghost's eyes, and have my hands become its big ghostly mitts, when I played the demo myself. 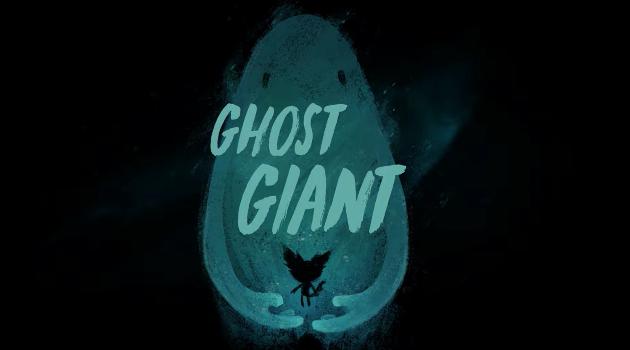 As the game opened, I was introduced to a sleepy town called Sancourt, inhabited by animal-people. There, a little cat-boy named Louis was being bullied by alligator jocks. He didn't seem to have any friends, and when the gators threw a football at his head, there was no one around who was willing to step in and stop it. Obviously, I had to do something. 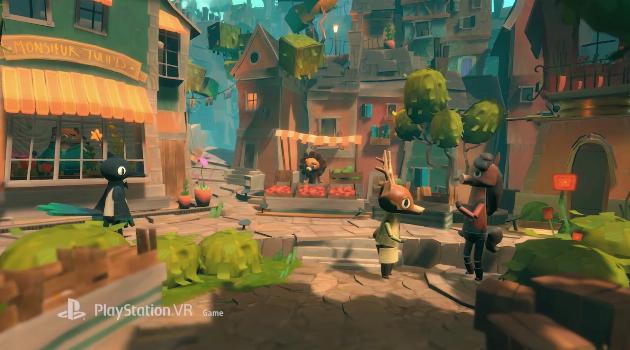 But the thing about being a friendly ghost is that it's not always easy to make your intentions known. I had no voice, making my hands my only tools. I could poke or grab at certain objects, but that was the only way to interact with my environment. It seemed the alligators couldn't see me—but Louis could. As soon as he did spot me, he was terrified, running straight home and locking the door behind him. Even then, I knew there was some way I might be able to get through to him. 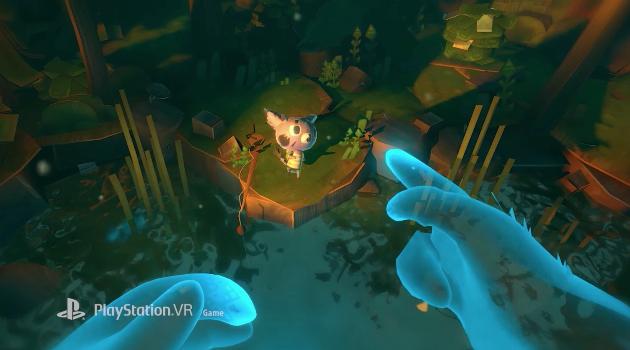 Since Loius was hiding behind a big lock, I set out to find the key to unlock it. To do so, I had to use the ghost giant's strength to pull a mighty brass lever, revealing the home of a goat-like old man watching TV and holding intently onto the massive key.

He held too tightly for me to shake it from his grasp, but I could change the TV channels by pressing a red button. After clicking through the channels, I finally found one that could help me. The channel of sheep jumping over a fence only took moments to lull him to sleep, allowing me to snatch the key. 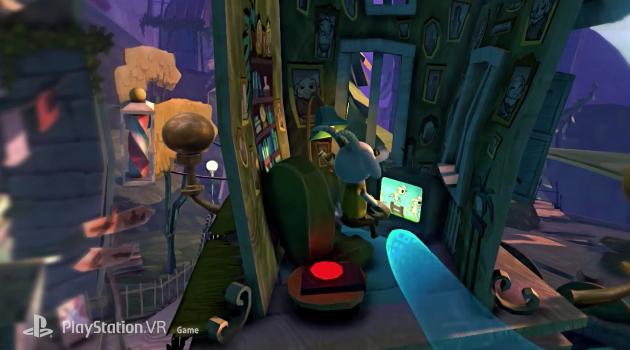 Finally, I was able to use it to get to Louis. After sliding the key into the lock, the wall of his house swung open, and when he hid under his bed, I just picked it up and threw it outside. When he escaped the house to hide in a trashcan, I plucked off the lid, then turned the can upside down until he tumbled out.

He ran terrified across the street and right into the wake of his bullies. I couldn't interact with his tormentors, but the game did indicate that one of them would be afraid of a ghost they could see. I simply had to look around the town for the right thing. A home to the left housed a smaller toy ghost. I just had to grab it and wave it spookily to scare off everyone bothering Loius. 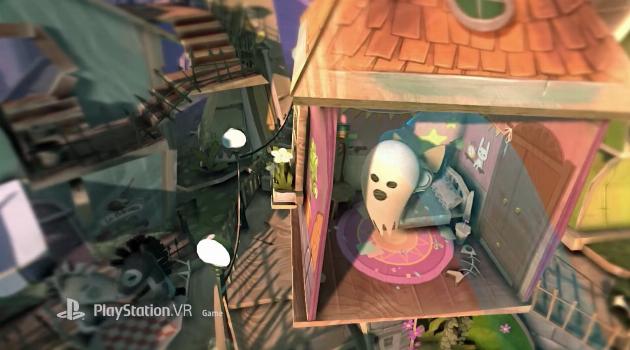 Only after I helped him did Louis realize that I, the Ghost Giant, was friendly. Louis knew that no one else there could see me, but he had an idea of someone who might and was eager to lead me to her. That was the end of the demo, but I think it was just the beginning of what could become a very beautiful and life-changing friendship as the rest of the game unfolds.

Overall, my experience with Ghost Giant was quick but absolutely lovely. I really enjoyed taking on the role of the titular giant ghost and helping little Louis out, and thought that the idea of a giant, puzzle-solving guardian angel is a natural, yet creative, use of PlayStation's VR setup.

In addition to being really imaginative, the aesthetic is wonderful. It's a beautifully rendered town with strong voice acting and an environment that immediately pulls the player in. I especially like that all of the characters are cute animals, and the narrative is sweetly compelling.

There's no word yet on when the game will release, but when it does, I may have to finally invest in a PlayStation VR headset of my own. You can watch the trailer for Ghost Giant below.

If you've been following the E3 action as closely as we have, click HERE for the most important life lessons we learned from video games.