The Dead Girls Detective Agency returned to Snapchat this week with its third season.

The show follows a teenage girl named Charlotte who becomes a ghost after she's killed and must team up with fellow spirits to uncover the details behind her murder. After experiencing some shocking twists and turns this season, we had some questions.

Thankfully, we were able to get them answered by exactly the right people. We chatted with stars Gia Mantegna and Vanessa Marano—who play Charlotte and Nancy on the show—all about the show's latest developments, and exactly what it's like to film a series for Snapchat.

Sweety High: What exciting things can fans look forward to in the new season?

Vanessa Marano: New faces! And answers to a lot of unanswered questions from the previous seasons.

Gia Mantegna: We tie up some loose ends and introduce a few new exciting characters—some you might have heard of before. I don't want to spoil anything but there's a glitch in the sub-world that turns things upside down. 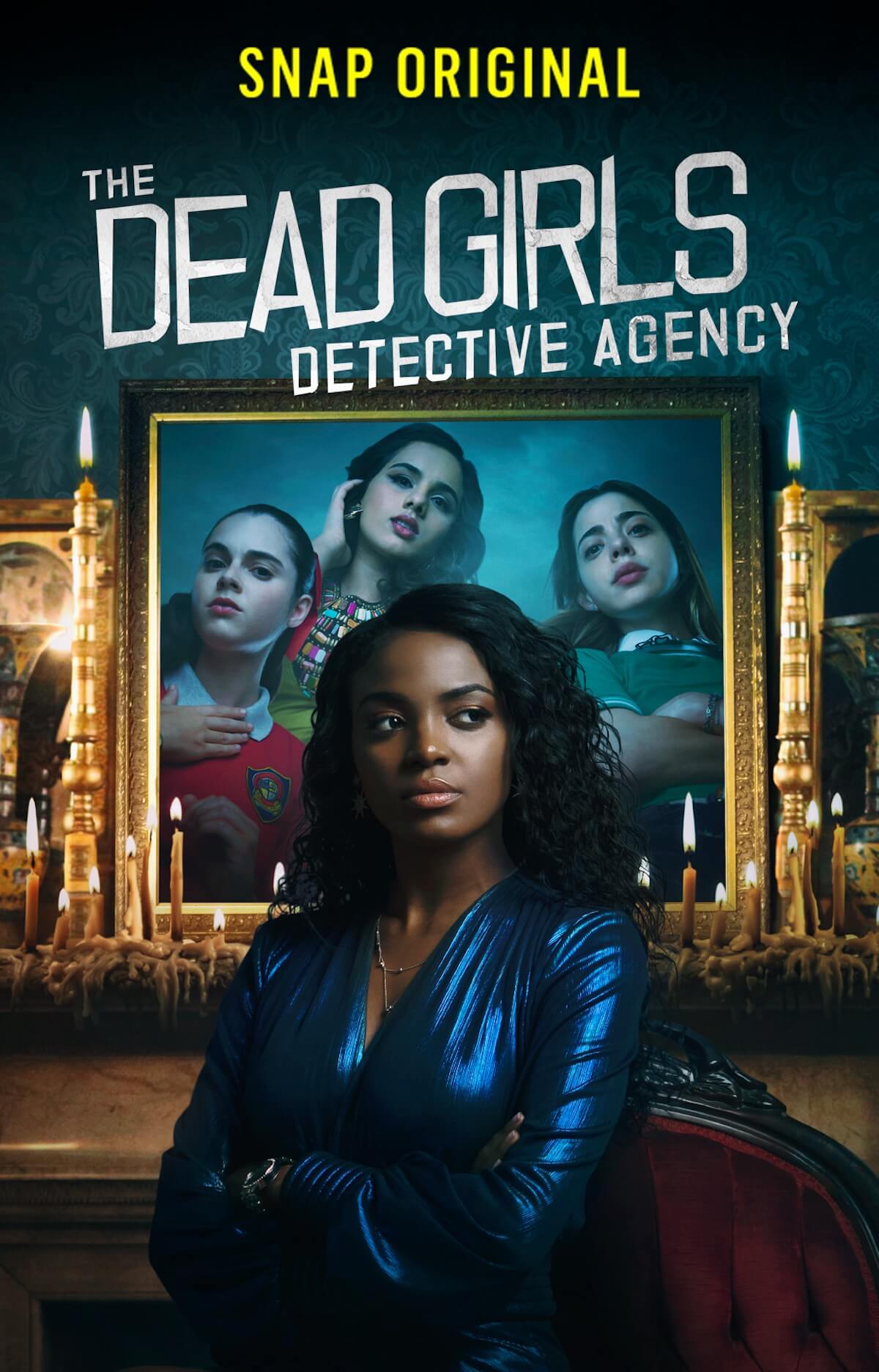 SH: How is filming a show for Snapchat different from filming a traditional TV series?

VM: It's actually very different. Everything is viewed vertically by the audience, so we shot the whole show with that in mind. It creates challenges for sure, but it's fun finding creative solutions to the problems that arise because of it.

GM: Watching on mobile is a different experience, so filming for vertical is naturally a different undertaking. Watching the show is a more personal, unique viewing experience. Viewers aren't crowded around a TV. The same goes for how we shoot. It's a more intimate, condensed experience. It's fast-paced, so even the most subtle movements translate. It's an interesting challenge for the actors and production. We are always amazed how seamlessly everything looks when it's cut together.

SH: Do the interactive aspects of the show also create a different filming experience?

GM: Because it's an app people use on a daily basis, the show is very accessible, as are the actors. Fan engagement has been crucial to the development and continuation of the show. The direct responses from fans showed Snapchat that there was a want for accessible content like DGDA, so we delivered!

SH: How are you similar to and different from your Dead Girls Detective Agency character?

GM: Charlotte likes to be in control and is a natural-born leader. She's ride or die for the ones she loves and cares about, and I like to think of myself like that, too. However, unlike me, she loves color and has a preppy sense of style. She's fearless in her wardrobe choices, whereas I'm more of a jeans and T-shirt kind of gal.

VM: Nancy is definitely a Type-A control freak, which is very much in my wheelhouse.

SH: How capable do you think you'd personally be as a detective?

GM: Let's just say social media has changed the game. With the click of a button, you can find out more about someone than you'd care to. Be careful what you put out on the internet, kids!

VM: If I had their ghost powers, maybe I'd be okay. Without a little magic on my side, I don't know how good I would actually be.

SH: If you could be a ghost for a day, what kinds of things would you get up to?

GM: I'd stalk my family, friends and idols. Who wouldn't want to watch Ruth Bader Ginsburg drink her morning coffee?

VM: I would haunt the Bravo Watch What Happens Live Clubhouse.

SH: What do you think is the most creative aspect of the show?

GM: The way the sets were designed and brought to life was one of the most fascinating parts of the show.  They took an entirely empty room and created a room with rich history. Tou felt as if many lives had been lived in the space, when in reality it was assembled days before. They did an incredible job.

VM: That a hotel serves as purgatory. I love that.

GM: I've been lucky enough to have been asked mostly thoughtful questions, especially ones regarding the production crew that truly brought the DGDA world to life. Our cast and crew are comprised of mostly women. From directors to editors, it was an inspiring set to be on with so much talent all working to give the fans what they want.

If you're constantly glued to Snap, click HERE to find out exactly how to decipher your crush's Snapchats.