Everything You Wanted to Know About Cobra Kai Star Gianni DeCenzo

If you're like us and you've been watching Cobra Kai since the very beginning, you know just how good the series is at developing its characters, taking them from unlikable to downright beloved over time.

The show's Demetri is definitely one of these characters, transforming from a bit of a social outcast to a character who finds his own confidence and strength after joining Miyagi-Do Karate. He's easily developed into one of our favorites, and actor Gianni DeCenzo has done a brilliant job bringing him to life. We had to get to know more about the star, and here's what he revealed to us as our latest Man Crush Monday. 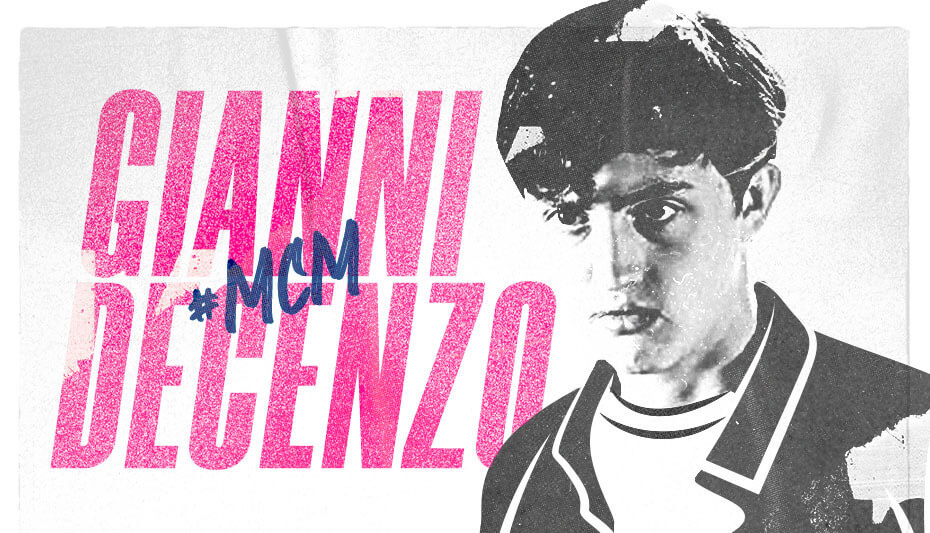 1. Gianni's favorite piece of clothing is currently his Logic Confessions of a Dangerous Mind tour jacket.

"It's this flannel-looking thing with red skulls and Japanese writing all along the sleeve. 10/10 would recommend."

2. If he weren't an actor, he might want to be an engineer of some kind.

"Like building robots and stuff like that. There are these things called Arduinos, which are like programmable computer chips, that are super fun to play around with."

3. He doesn't consider himself much of a gamer, but there is one exception.

"I could easily play Minecraft for hours. That stuff never gets old."

4. He can't get enough of the scent of the great wild wilderness.

"My favorite scent would definitely have to be fresh cut grass, or honestly anything to do with nature, like the smell of a forest after it rained. I just really love the outdoors."

5. He has a short attention span, but he says that's actually his favorite thing about himself.

"Because of this, I'm constantly finding something new to do. I taught myself how to sew, sculpt, draw, garden and code, all because I get bored quickly and want to find a new thing to explore."

6. For a long time, the thing he used his phone most for was definitely texting his girlfriend.

"But now that she lives in the same city as me, we see each other a lot more."

7. Lately, he's spent a ton of time looking up new Magic: The Gathering cards to build decks with.

"Jacob [Bertrand], Xolo [Maridueña] and I play Magic a lot when we film, so I got to build decks that can rival theirs."

8. He's seen The Equalizer more times than any movie.

"I love action movies, and this one in particular really inspires me to make my own action films. Plus, I live next to Denzel Washington's stunt double, so that's cool."

9. He says the scariest thing that's ever happened to him was receiving a diagnosis for type 1 diabetes.

"I was diagnosed when I was 13 years old. It was super rough. But it got better over time. Eventually, you kinda forget you have it. So anyone dealing with it, just know it gets better, trust me."

10. He'd love to live in a world full of mythical creatures.

"I'd go out and discover a new one each day. Plus, owning a unicorn would be badass."

"I have a drawer full of them, all different shapes and sizes. One of my favorites is this one dagger that's kinda shaped like Harry Potter's scar. I got it at an antique store, which I frequent regularly."

12. Giraffes are his favorite animals.

"They are literal giants that fight to the death with their necks. Plus they're tall. That's something I can definitely identify with."

13. At his core, Gianni just wants to make everyone feel welcome.

"I used to be that kid that no one really talked to, and it sucked, so I try to make sure no one has to go through that."