She's an award-winning artist and trap pop recording artist whose latest single "Obsessed" has us—well, obsessed.  We knew there was a lot more to Gigi than met the eye, so we asked her to open up to us this week and reveal some of the little-known things that make Gigi who she is today. 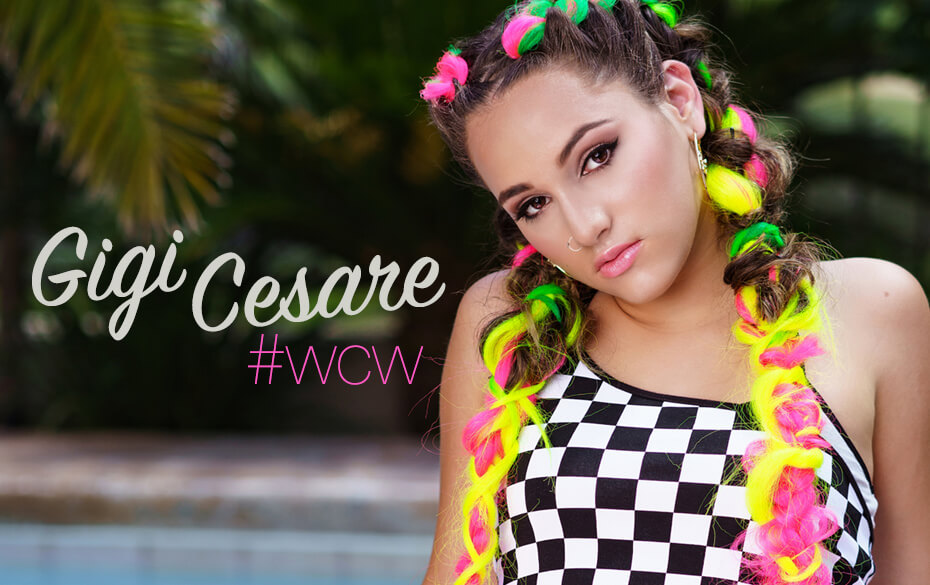 1. She's always wanted to go on an extended yacht trip across the ocean.

2. Her favorite style trends are classics.

"I love hair space buns and edgy vintage finds. I can't get enough of vintage shopping!"

3. Gigi's favorite musical artist was Fergie when she was younger, but more recently she's been obsessed with Madonna. Her favorite tracks are "Dress You Up" and "Papa Don't Preach."

4. Some of her favorite memories are of big holiday meals with the family.

"When I was little, my mom cooked these huge family dinners during the holidays at our old house in Pennsylvania with a fireplace in the kitchen. I could see the snowfall out the window in front of the fireplace and watch deer cross the yard."

5. Gigi gave up pizza two years ago when she took on a healthier diet and exercise plan, but, before then, pizza was one of her favorites and she wasn't picky about the toppings.

6. If she could pick anyone from history to be her mentor, she'd choose Marilyn Monroe.

"Not only was she a gifted entertainer, actress and performer, but she also had layers to her that were so fascinating. She was complex, tragic and so incredibly talented. I can quote her many iconic quips and I have framed artwork of her over my bed."

7. Her favorite dessert in the world is her mom's homemade apple pie.

8. Gigi doesn't have to look far from home to find her biggest heroes.

"My heroes are the long line of women in my family, from my mom to my grandmother to great grandmothers—one who left Italy for Uruguay—who all left European countries and their families and set off to America in search of a better life for themselves and their children. I am very aware that I am the recipient of good life through their many hardships and sacrifices. When I hear the stories of what these women accomplished and endured even as kids and teens, I can't comprehend the roads they traveled. It's so inspiring."

9. Her little sister, Gaia, never fails to make her smile.

"She is the funniest person I know because she's super uninhibited and will often say things that are so hilarious they catch you off guard—and many times shock people into laughter."

10. Gigi has never been much of a rulebreaker.

"One night, in the fall of last year, I had made a friend who my parents didn't know that well and I was able to talk my parents into a sleepover at her house. We snuck out of her house during the night, and what I thought was going to be an amazingly fun time was actually no fun at all because I was so worried about what we were doing, safety and getting caught. Never again!"

Want to better understand Gigi? Click HERE to uncover all the things people always get wrong about Aries.