If you have any doubt that Gigi Hadid was going to own the hosting game at the 2016 American Music Awards, don't.

Here are a few reasons why we're confident Gigi will prove she's the hostess with the mostess on Sunday, Nov. 20.

1. She Was a Presenter for the Show Last Year

Gigi presented the award for Favorite Album – Rap/Hip-Hop to Nicki Minaj alongside her bestie Kylie Jenner. She stunned in her all-white crop top and high-waisted skirt combo, so we can't wait to see what she rocks at the event this year.

Back in June, Gigi was the host for the iHeartRadio Much Music Video Awards in Toronto, Canada, and was adorable as ever. Clearly she knows a thing or two about hosting an awards show. 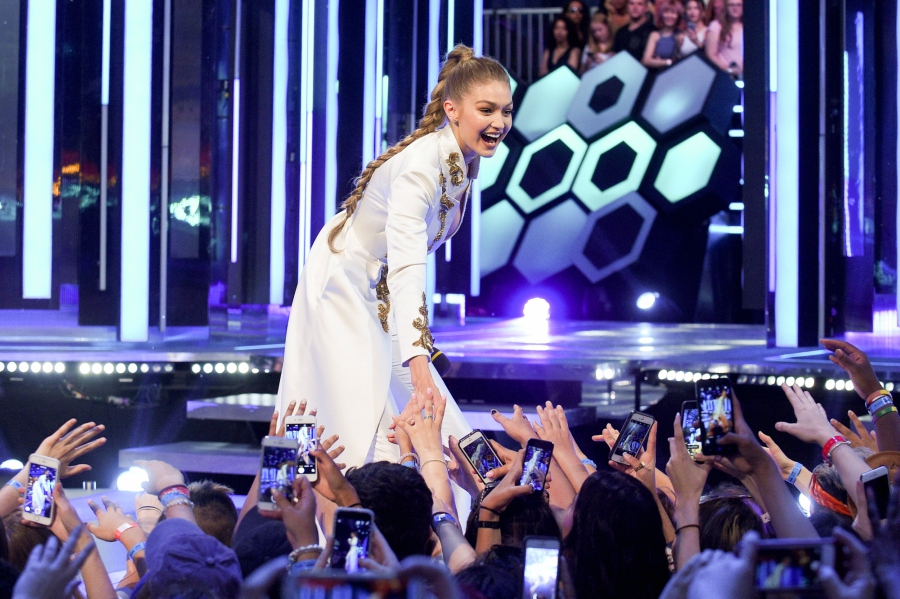 3. She's Just as Excited for the Show as We Are

Gigi is so ready to watch the AMAs unfold, especially because her S.O. Zayn Malik is nominated for New Artist of the Year. Even if Zayn doesn't win, they've still got our vote for Power Couple of the Year.

4. She Has Quite the Onstage Presence

Whenever Gigi walks into a room or struts down the runway, she commands attention. Our eyes are constantly on this beauty in whatever she's doing, and we bet they'll be on her the entire time she's co-hosting the AMAs.

5. She Received Advice From a Former AMAs Host

When Gigi stopped by Jimmy Kimmel, the funnyman offered up some solid words of wisdom to the supermodel about hosting the show. His notes were great, so Gigi should do just fine taking his direction.

Get hype for this year's AMAs by reliving THESE top moments from the 2015 show.