13 Celebs You Never Knew Were on Gilmore Girls

While everyone's favorite television personalities are usually the main characters of a show, we can't forget about the guest stars who gauge our attention for an episode or two.

Even though many of these characters may not have not made a particularly lasting impression on the show in which they guest starred, they often turn out to become big stars themselves a few years down the road.

A show that's been known to briefly feature then-lesser known names who are now big stars is Gilmore Girls. Scroll below to see the list.

Victorious star Victoria Justice was just a wee child when she appeared in one episode of Gilmore Girls. During a Lord of the Rings-themed party that Sookie and Lorelai are hosting, Victoria, credited as Jill #2, can be seen with elf ears and blunt-cut bangs. She makes a particularly nasty remark about Sookie's cooking, claiming it tastes like diapers. Fun fact: this was Victoria's first on-screen acting credit. 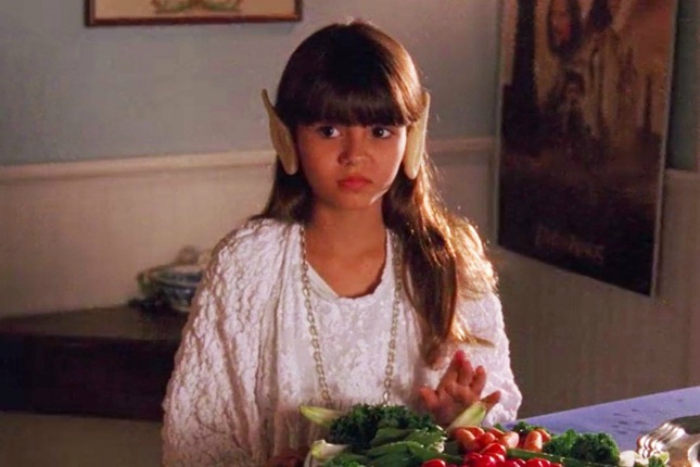 This adorable face is most well-known as Seth Cohen from The O.C. But any true Gilmore fan will recognize him instantly as Dave Rygalski, ex-bf to Lane. Yes, Adam strolled in and out of Stars Hollow and was possibly the only non-Korean doctor that Mrs. Kim would approve of for her daughter. He played those hymns with the best of 'em. 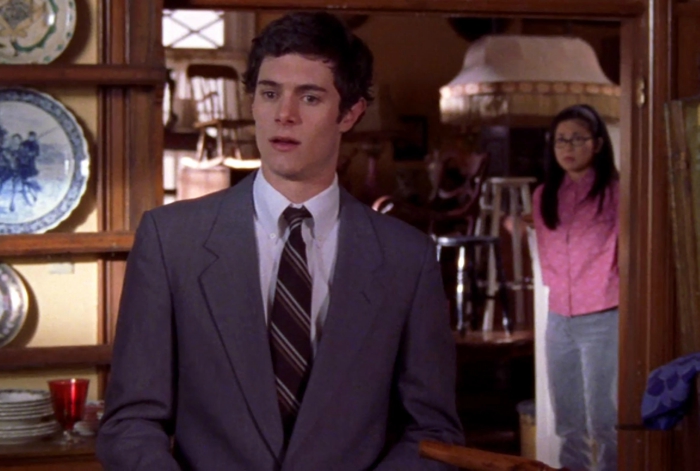 You may know this actress by her super identity, Jessica Jones. Before she played this Netflix protagonist, she was Lucy, a Yale friend of Rory's. She appeared in a handful of episodes in Season 7 and was often seen with her BFF and roommate, Olivia. 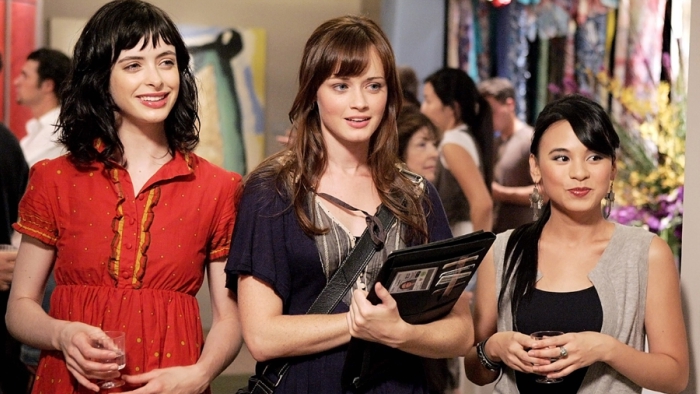 Brandon Routh may be one of our favorite action-packed superheroes today, but back in the day he had his fifteen minutes—well, more like fifteen seconds—of fame on GG. Playing a concertgoer named Jess, Brandon appeared at a Bangles concert that Rory and her Chilton friends attended. 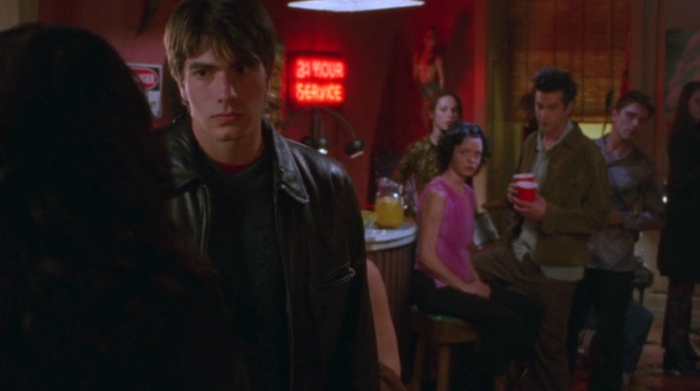 There's no doubt you recognize Luke's daughter April. She appeared in many episodes throughout the original series, as well as the recent revival, A Year in the Life. But did you realize that April, played by Vanessa Marano, is Bay Kennish from Freeform's Switched at Birth? We sure didn't. 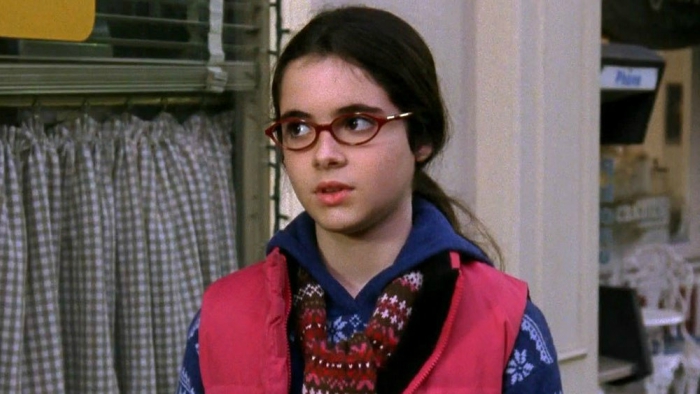 Bryce could be seen in one episode of GG in which he played Paul, the very short lived love-interest of Lorelai. Lorelai agrees to going on a date with Paul, who, at business school, seems like a worthy match. It isn't until later that Lorelai realizes she has quite a few years on the guy. Of course, we're more familiar with Bryce as Detective Darren Wilden from Pretty Little Liars. Shivers. 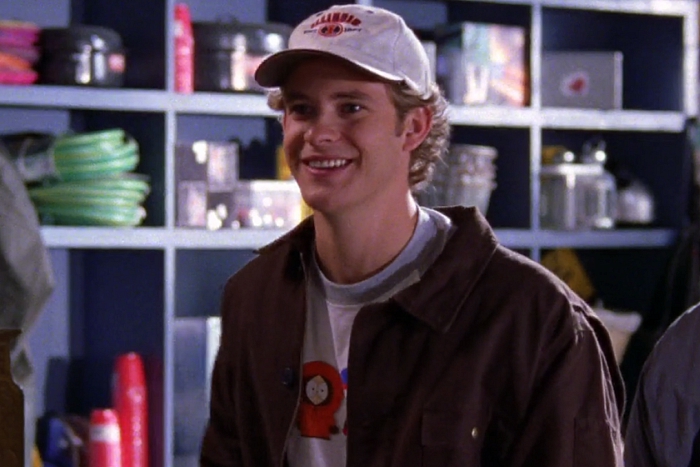 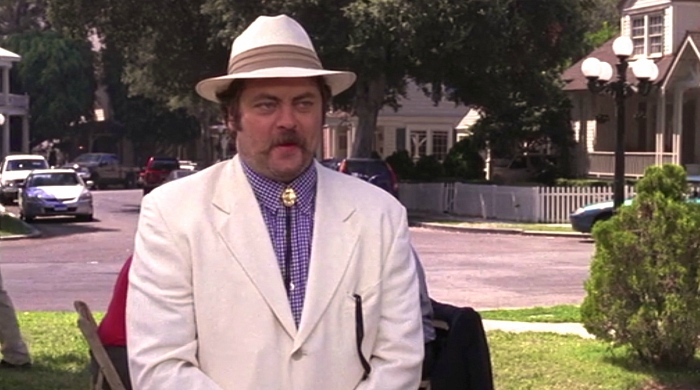 If you thought the first time you saw this tall blonde was as Coach Sue Sylvester on Glee, think again. Jane Lynch appeared in just one episode and was credited as "Nurse," so forgive yourself for forgetting this one if you pride yourself on GG trivia. The Gilmore gang is at the hospital after Richard collapses during a Christmas party and, unfortunately for Nurse, she is on the receiving end of an Emily meltdown. 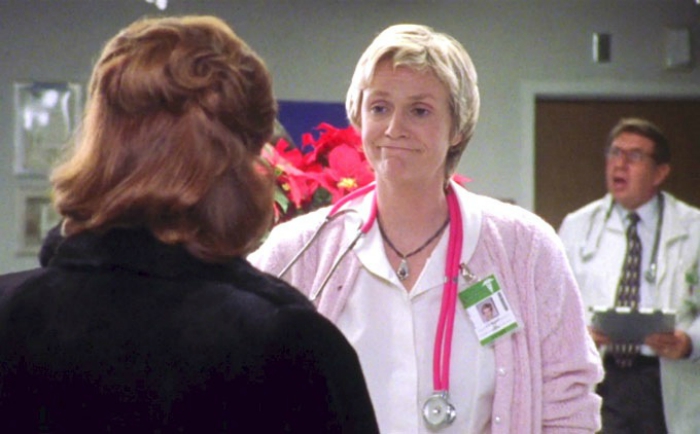 Community fans know that Danny Pudi, who famously plays Abed on the hit NBC show, is highly skilled in comedy. But did you know that he had a recurring part in Seasons 6 and 7 of GG? Think back to a enormous blue pencil in the Yale Daily News room. Yep, that was Danny. 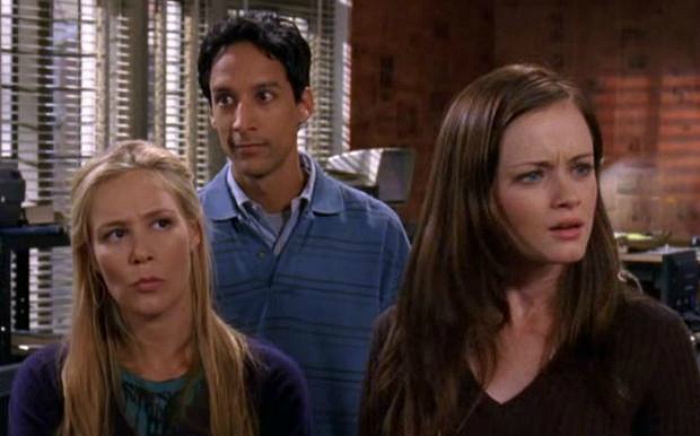 Big Time Rush star Kendall Schmidt appeared twice in the earlier seasons of the show. Credited once as Kid #1 and then upgraded to Peter in a second episode, it's likely you missed these cameos. Can you spot Kendall in the crowd of Boy Scouts? Here's a hint to jog your memory: In both scenes he could be heard arguing with Luke in his diner. 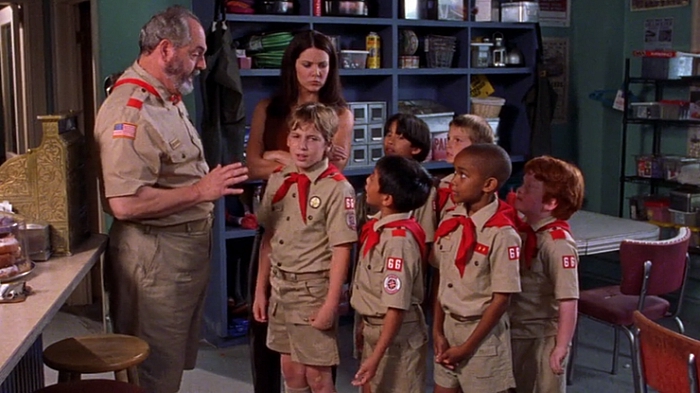 Dean's girlfriend-turned-wife Lindsay is none other than Lexi Bransen from The Vampire Diaries. You may also know her better as Vanessa Shaw in the 90210 reboot. It turns out Arielle is quite a television star—although her role on GG was one of this actress's very first credits. 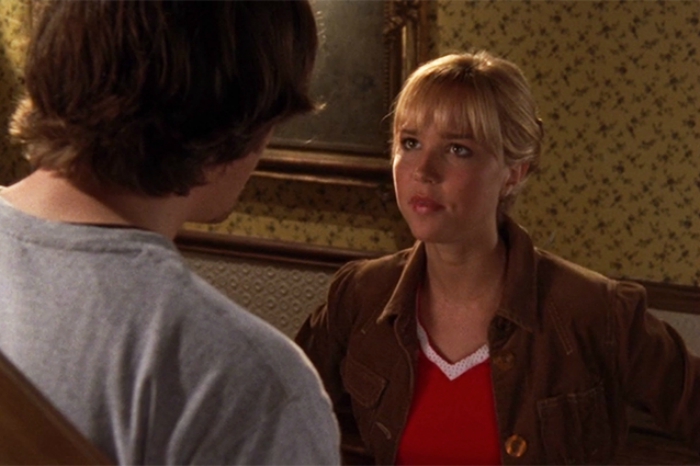 Musical theater fans, listen up! Did you know that Leslie Odom Jr., AKA Aaron Burr, sir, of Hamilton, starred in an episode of GG? We kid you not! He played Quentin Walsh, editor of the Daily Princetonian, and could be seen disagreeing continually with Rory while both are on a journalism panel at Yale. 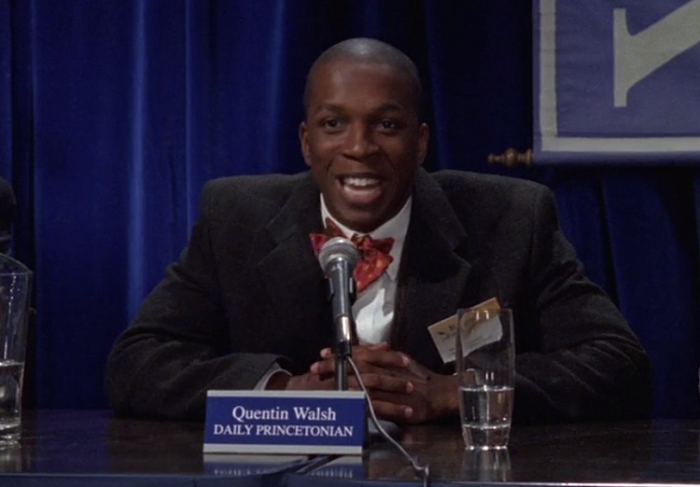 If you find yourselves scratching your head over this actor's name, you may recognize him better by the nickname, Squints. Chauncey is most famously remembered as the dorky pucker-lipped kid from The Sandlot who pretended to drown in the public pool to get a smooch from the lifeguard. He may not be a big-time celeb today, but who could forget the icon character of Michael 'Squints' Palledorous? On Gilmore Girls he played Kyle, one of Dean's friends who appeared in a handful of episodes. 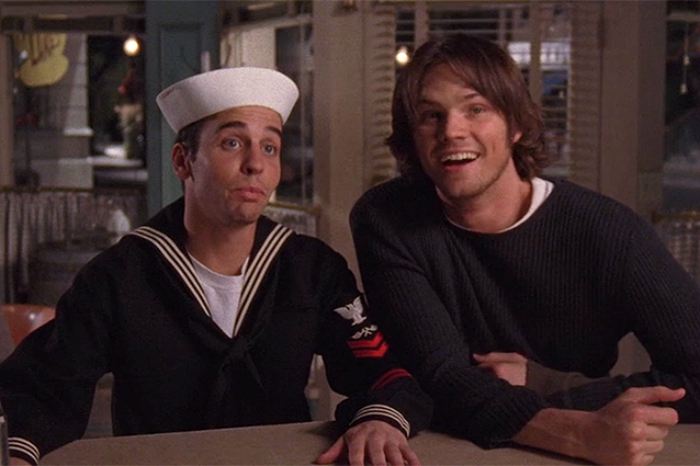 The best kind of trivia comes in fandom form. If you're a Disney fanatic,  you need to check out THESE hidden Easter eggs we bet you didn't catch in some of our fave Disney movies.