I've been snacking on dried seaweed treats from specialty Asian markets since I was a little kid, but in recent years, I've loved seeing them go mainstream.

GimMe Snacks is definitely one of the big companies making that happen. Not only do they sell crispy seaweed snacks in a number of interesting flavors, but their products also include other introductory seaweed-based snacks. When the folks at GimME reached out and asked if I'd be interested in reviewing them, I was more than happy to revisit a favorite treat of mine and try it anew with a twist.

According to GimMe snacks, they're the world's first organic, non-GMO branded seaweed.  Their products include full-sized seaweed sheets for making wraps and sushi, as well as flavored roasted seaweed snacks and Seaweed Thins, which sandwich various ingredients between two seaweed layers to create a crispy, healthy treat. All of their seaweed treats contain omega-3 fatty acids, which are known to be good for the brain, as well as Vitamin C.

The seaweed snacks come in snackable 50-calorie bags, which are great for bringing on the go. 12-packs sell for $14.49. Their Seaweed Thins come in 100-calorie bags and sell in 12-packs for $24.96. You can also click HERE to find out if GimMe Snacks are available in stores near you.

Of the roasted seaweed snacks, I tried the Sea Salt flavor first because I knew it was going to be the most neutral of the bunch. For kicks, I decided to count the number of sheets of seaweed in the package, and I discovered there were an impressive 18 of them inside. This flavor was light and crisp, with a slightly salty taste, accented by the sweet and seafood-y taste that usually accompanies seaweed. I was an immediate fan, and curious to find out what some of the more flavorful offerings might taste like. 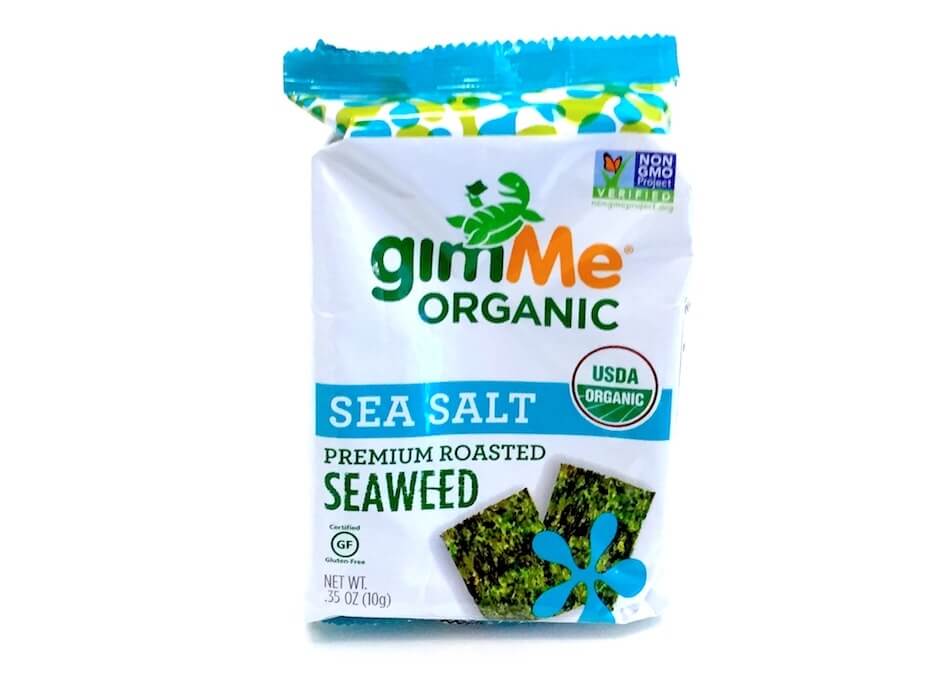 Next, I tried the olive oil flavor. I wasn't super surprised to find that the flavor wasn't all that different from the sea salt flavor. Most of the time, they seemed practically identical, but sometimes a little bit of wonderfully bitter olive oil taste did come through. 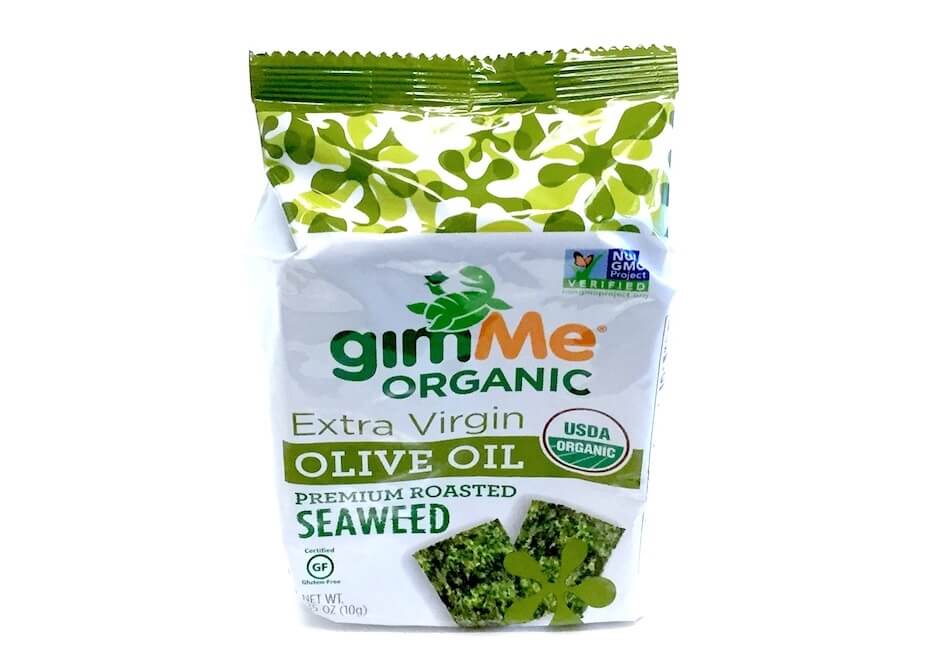 Though the sesame flavor was similar to the first two I tried, this one definitely had a more pronounced flavor. The sesame added a light nuttiness on top of the salt, giving it that extra layer of complexity to make it stand out. 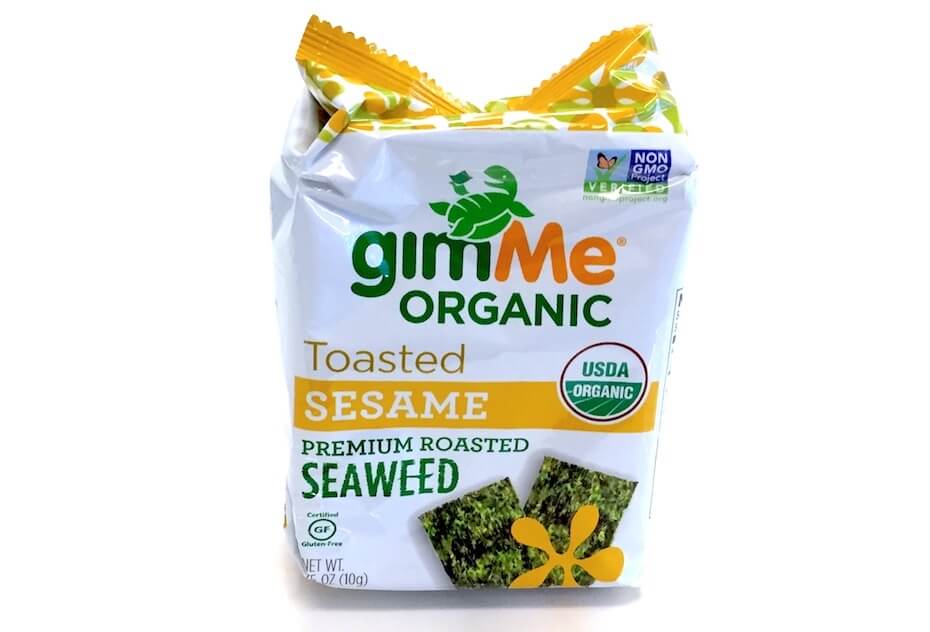 Teriyaki was one of the flavors I looked forward to trying from the beginning. The first sheet I grabbed had a subtle, slightly sugary teriyaki flavor. However, a few pieces of seaweed later, I discovered that the flavorings weren't completely consistent across the board, with certain pieces being coated in a lovely sharp vinegary flavor, following by that teriyaki sweetness. While I found it a little strange that they weren't all identical in taste, I did think the variation prevented the flavors from seeming too strong. 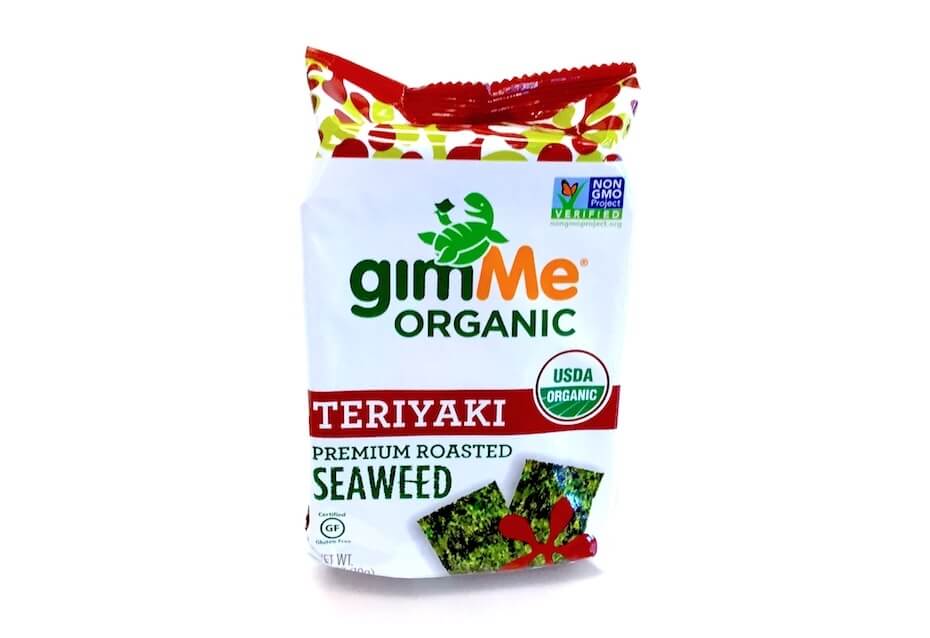 Last put not least, I tried the wasabi flavor. I've had wasabi-flavored seaweed from other brands before and found them to be pretty light, so I was caught off guard when GimMe's wasabi variety packed a true punch. It was flavorful and sweet, with a real horseradish-y kick that make my nose burn—just the way I like it. Wasabi fans will want to know that this flavor isn't for the weak-hearted. 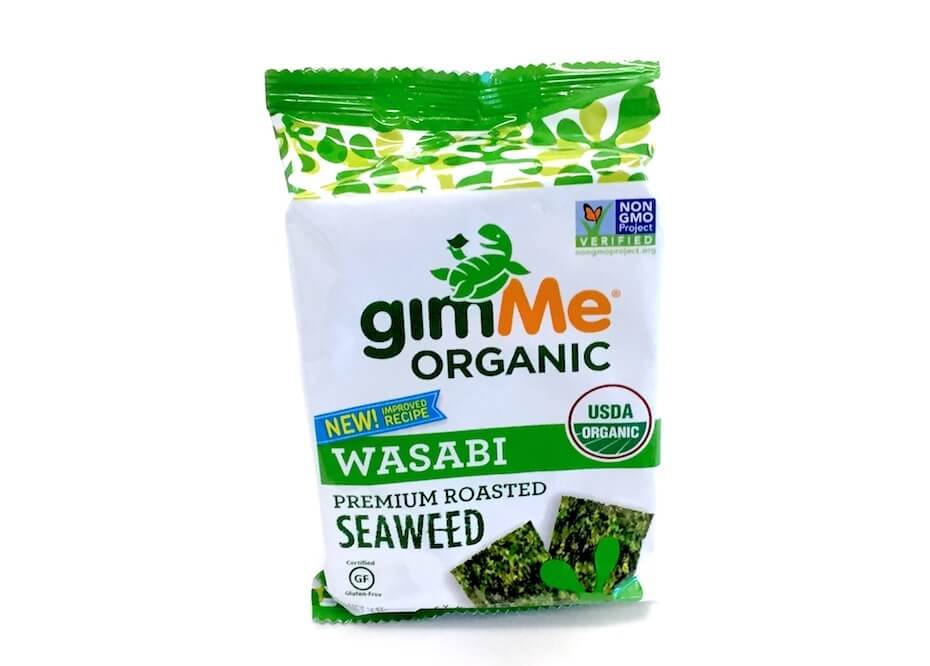 The Seaweed Thins were something entirely different. These were more like chips, consisting of thinly sliced almonds and sesame seeds stuck between two crisp seaweed layers. The result is an ultra crunchy and snackable treat.

Perhaps it was the addition of the tamari soy sauce, but I found that these tasted fishier than the other GimMe seaweed snacks. They were also much sweeter, with the taste reminding me of a sushi roll covered in unagi sauce. Even though the bag wasn't huge, it felt like there were lots of pieces inside, and I had a tough time believing its contents contained just 100 calories. 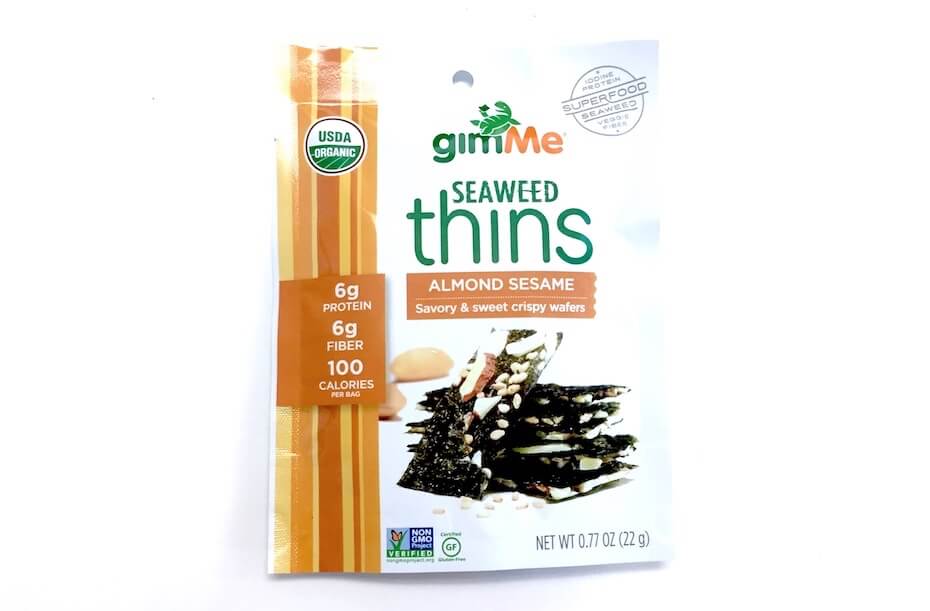 I loved the almond sesame flavor, but it instantly became better with a little heat. The spicy sriracha kick managed to make the snack taste less fishy and more well-rounded, with the same crunchy bite. With the bag opened, the snacks were finished before I knew it. 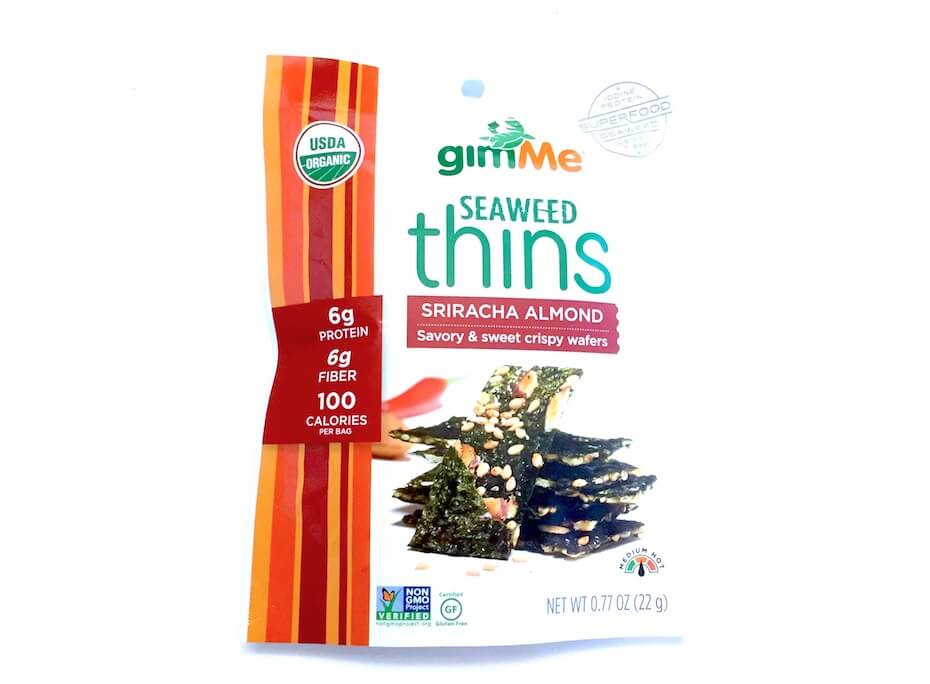 Though I don't think GimMe snacks are going to turn a seaweed skeptic into a believer, I do think they're a healthy and delicious snack option for those looking to chow on something tasty without getting too full. Seaweed sheets will probably never be the go-to treat for people feeling super hungry, they go stale quickly once opened, and do tend to get a little crumbly and make a mess—but that's the nature of them. If you're on the hunt for a seaweed brand that cares about nutrition and only includes the good stuff, I think it's tough to do better than GimMe.

Love unique snacks? Click HERE to find out what happened when we tried Universal Yums, the subscription box that sends treats from around the world.