We are 100% confident that anyone who has seen Girl Meets World will agree that Peyton Meyer, AKA, the cowboy cutie, Lucas Frier, is quite possibly one of the best things about the show.

On screen and off, Peyton Meyer has captivated us in more ways than one. He's funny, bright and incredibly generous and that's only just the beginning. He's our Man Crush Monday this week, and we can't wait to spill all the reasons why! 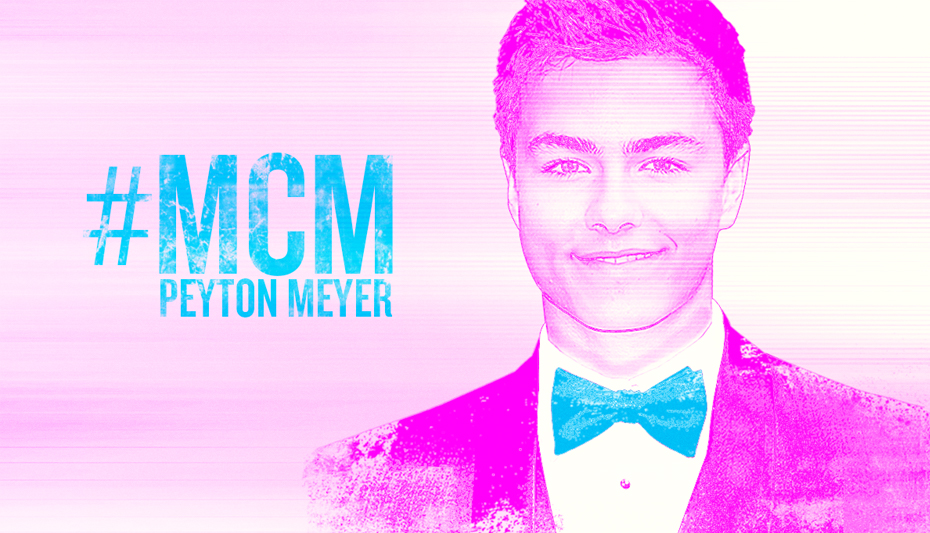 1. Peyton is majorly athletic. He's a big fan of snowboarding and surfing, and he played short stop on a traveling baseball team. Hey, batter batter ?.

2. Peyton realized he wanted to be an actor when he was 10 years old, but didn't officially get his start until he entered a Las Vegas acting contest at the age of 12. In no time, he was signed to a talent agency and began his career! Did you know that before his role on Girl Meets World he appeared on Dog With A Blog?

3. Peyton is giving us sooo many projects to look forward to this year! The third season of Girl Meets World is set to air sometime this spring, and he recently released a new movie, Gibby, about a care-free monkey who spices up the life of his character, Tommy.

4. Peyton is involved with Premier Program, the largest global performing arts program for kids 5-20. We think it's pretty rad that he wants to help aspiring actors and actresses. You have to see how he showed off his epic lip syncing skills when he visited the program in December. Pure genius!

5. Peyton is the youngest of two brothers – Dillon and Cole. Although he doesn't have any sisters, he says that Sabrina Carpenter is like the sister he never had. D'awwww!

6. He has a miniature poodle named "London"! The cast of Girl Meets World helped him decide on the name. We're fans?.

7. It seems like Peyton is always out doing something good for the world! Two years ago, he was involved in CustomInk's Be Good to Each Other campaign to help increase bully awareness and prevention. He created this t-shirt just for the cause. We think you're nothing but sweet, Peyton!

While you've got Girl Meets World on your mind, check out these 11 secrets you probs didn't know about the show HERE.