I know a lot of people who swear by detoxing regularly, but I've personally never been that interested in trying it out.

While I don't always eat the best foods, I usually feel pretty healthy and don't get sick often, so the thought of needing a detox hadn't ever seriously crossed my mind.

Still, I'm usually open to trying interesting new products. When the folks behind Glim Water reached out to me to see if I'd be interested in testing their detoxifying drinks, I gladly accepted the offer.

According to the bottle, the activated charcoal water is meant to "cleanse," "revitalize" and "restore" the drinker. The drink itself is a dark grey color, as its filled with activated charcoal particles sourced from coconut shell. It's also supposed to be good after workouts, helping with bloating and promoting healthy skin. Each bottle contains only 10 calories.

The saffron-colored, calorie-free turmeric water is said to "relieve," "balance" and "boost."The bottle states that it also promotes healthy skin, is a natural anti-inflammatory and helps your body produce more antioxidants.

Lastly, the collodial silver water looks just like normal water, but is "anti-bacterial," "anti-parisitic" and "anti-microbial." It's also an inflamattory that's meant to promote good skin and help if you're developing a cold. Just like the water it resembles it also has zero calories.

Each of the drinks comes in a 16.9 fluid ounce bottle. I received two of each. 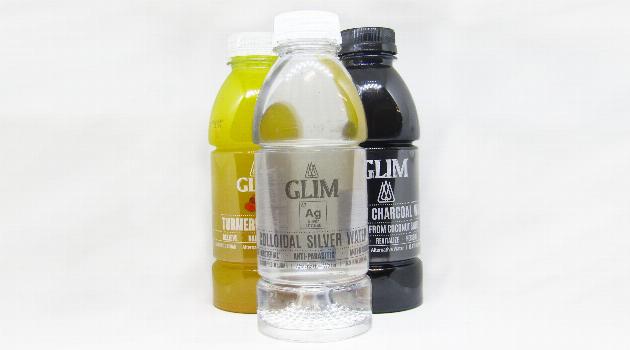 According to each bottle of Glim Water, you should definitely chat with your doctor before trying any detoxifying drinks. My doctor said it'd be fine, so I went ahead with the experiment.

Out of each of the varieties of Glim Water, the activated charcoal water scared me the most. The deep black bottle looked cool, but I didn't imagine it could taste very good. I decided to start off with it to get it out of the way.

After hearing activated charcoal water is good to drink after workouts, I decided to have one after going on a long walk during lunch. I was pretty surprised when I screwed off the cap and took the first sip. Despite the black-grey color, it tasted like water with just a hint of lemon in it. To my shock, there was no bitter taste or chalkiness.

That is, until I got to the bottom of the bottle. Somehow, I'd failed to read the bottle first, which urged me to "Disperse the Magic" and "Shake to Activate." 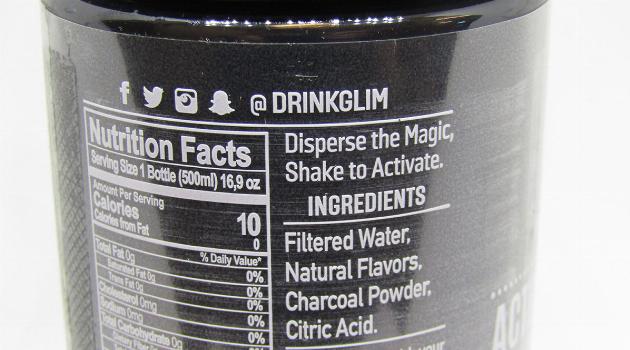 The dregs at the bottom of the drink were chalky gritty and tasted like I'd expect charcoal to taste. Still, I downed the rest of the drink. Over the next 24 hours, I can't say there were any side effects or that I felt much different than usual, but I did feel healthy and vibrant.

The following day, when I drank the second bottle, I made sure to shake it up properly first. While there was a little bit of powderiness to the drink this time around, it was evenly spread so it was much less noticeable. It still tasted great. Again, I didn't notice any incredible results afterward, but I generally felt pretty great. 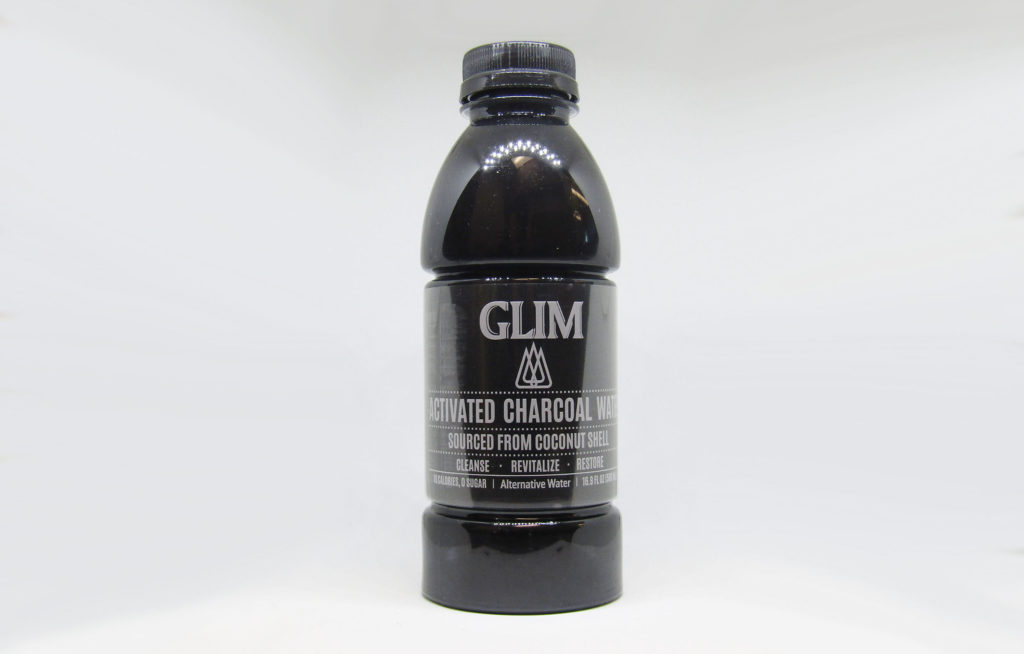 The day after my second bottle of activated charcoal water, I decided to try the turmeric water next. I drank it in the morning, as it's supposed to give you energy to start off your day.

In my experience, turmeric is gingery and bitter. When I think of turmeric, I think of curries, so again I wasn't at all sure what to expect.

As I took the first sip, I was surprised at the sweetness of the drink. For some reason, it reminded me of cantaloupe or some other kind of melon. Though there was a bit of grit to the drink, it was distributed pretty evenly and didn't taste bad, even though I could see some of the powder settling at the bottom of the bottle.

No matter how much I shook, the powder always accumulated there, so I eventually gave up on that. I'll also have to warn you that screwing the caps back on and shaking the drink can result in a bit of a mess, as the caps don't seem to fully reseal the drinks once they're open.

The last mouthful wound up being extra gritty, but I didn't mind too much because it didn't affect the taste. Though I didn't have any aching joints to soothe and I wouldn't be sure if the drink would be  doing its job to get rid of the free radicals in my body, I thought it was delicious and I felt quite chipper afterward.

The following day, I had another turmeric water in the morning, enjoying the fruity taste and the energy benefits. While I can't say for sure that the drink did everything it set out to do, I felt good yet again. 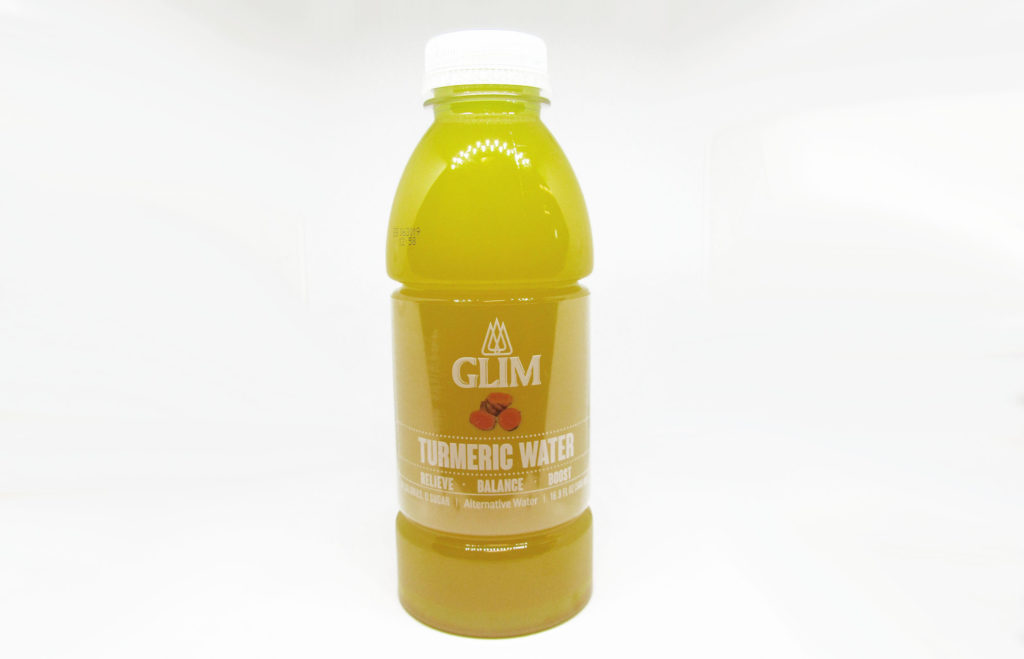 Last but not least, I tried the colloidal silver water the day after I finished my turmeric water. This water is filled with silver particles and is said to help prevent illness if consumed on a long-term basis. I only had two days to give it a go, but I didn't think it'd hurt to try it anyway.

Of the three drinks, I think I had the fewest expectations from this one. To the naked eye, it just looks like pure, clear water.

When I took a drink, I was pleasantly surprised to discover it tasted mostly like normal water but with a slightly fruity aftertaste. It reminded me a bit of a jelly cup, and again the closest flavor I could identify was melon.

As I drank more of the bottle, it did start to taste slightly metallic, but not enough to become offensive. Because of its similarity to water, it was easy to drink. However, that night I did feel like I had a metallic taste stuck in my mouth when I was trying to get to bed.

I can't say for certain whether it killed any bacteria, parasites or microbes within my body, but it did leave me feeling really hydrated.

The following day, I finished my last bottle of colloidal silver Glim Water. Again, I felt really good afterward, though I can't say for certain that the drink was responsible. 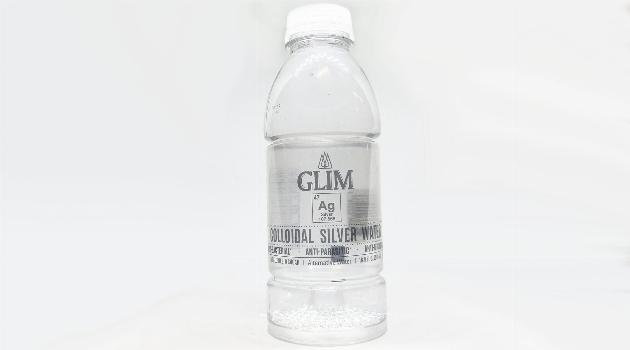 It's really hard to say whether or not I received any undeniable benefits from Glim Water, though I didn't mind drinking them and I've been in good health every day since I started.

Even if they don't do everything they say they can on the label, there are more than two cups of water in every bottle. If you're really bad at getting your daily recommended dose of water, drinking a bottle each day would at least put you on the path toward better hydration.

At a little over $3 per bottle, they might be a bit pricey for those who can't be sure of the benefits. The turmeric water is the only one with a flavor I'd drink even if it didn't tout any benefits. It's really tasty.

If you're a staunch believer in detoxes, you should give them a try yourself (after chatting with your doctor) and see if they work for you.

If you're all about detoxes, click  HERE to find out how to detoxify and purify your bedroom.