Golden is a rising artist who first found game with help from a Radio Disney competition and has recently touched audiences around the world with his song "You're Always Loved." 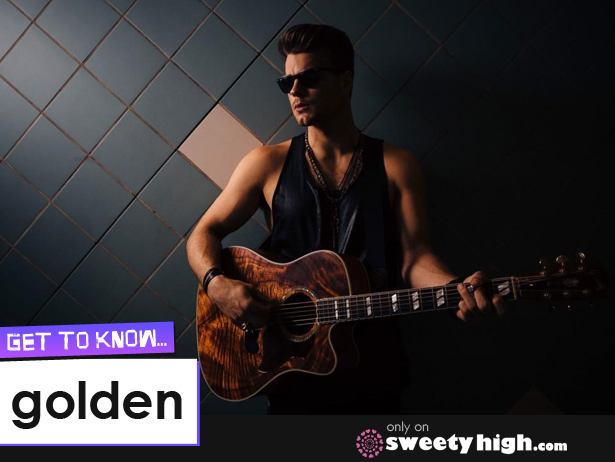 We recently spoke with Golden to discuss his musical history, upcoming music, and what else is next in his career!

Golden first entered the limelight when he won Radio Disney's Next Big Thing in  2009. Since then, he's grown as an artist and taken a new direction with his sound.

"[I've] definitely developed more as an artist with life experiences and matured," he said. "I think my music had gotten deeper."

"'You're Always Loved' is a promise to the one you love that you will be with them forever and there for them throughout everything," Golden said.

He's gearing up to release both an acoustic EP and a produced EP by the end of the year.

"This first EP is an acoustic EP so people can really get intimate with me and everything on the acoustic EP I wrote 100% by myself," he said.

While he also wrote for every song on the produced EP, some of the tracks were collaborative efforts with other writers, including some people known for their work in social media.

"It's a little bit more in the direction of the album to get people ready for it, kinda like an appetizer to the album," he explained.

Golden said that love is a recurring theme throughout both EPs.

He's also a frequent collaborator with viral YouTube artist Ryan Higa. The two have released songs "Coffee Shop Love" and "S.W.G." together, and plan to work together again soon.

"Ryan and I became friends right off the bat when meeting through fellow YouTube friends," he said. "It's so great working with Ryan we always have such a blast! Doesn't feel like work at all."

In addition to both of Golden's EPs, fans can look forward to a number of live shows!

"We are booking a lot of new dates now that I am very excited about," he said. "I can't wait to get back on the road and play some of the new music! Look out, it's going to be one crazy next year!"

Check out the music video for "You're Always Loved" below and follow Golden on Twitter here! If you love Golden and his music, be sure to share the love with us at Sweety High!