While I'm a big fan of ketchup on burgers, hot dogs and fries, I've never really thought twice about what might be in the bright red condiment.

It turns out, the flavor I love so much is mostly the result of loads of sugar. In fact, the average tablespoon of ketchup contains four grams of sugar—about the same as a typical chocolate chip cookie. But that's something that Good Food for Good is trying to change.

The company makes great-tasting sauces that also happen to be good for you, and their ketchups have only one net carb per serving. I had to taste it to believe it, and I was thrilled when the folks from Good Food for Good sent me two different varieties of ketchup to try myself.

Good Food for Good specializes in food products that are free of gluten, soy, corn, refined sugars, preservatives and other ingredients you'd probably want to leave out of the recipes you prepare at home. In addition to ketchup, they also make barbecue and cooking sauces, as well as turmeric-based teas.

Instead of sugar, their ketchup is sweetened with dates—and there's just one date per bottle, so it doesn't wind up tasting like dried fruit. That results in a single gram of natural sugar per serving. They also happen to be vegan, keto and paleo. For every bottle purchased, Good Food for Good also donates a meal to a family in need. They can be purchased as part of a ketchup and barbecue sampler four-pack at $8 per 9.5 oz. bottle, and are also for sale at Thrive Market and in stores across the country.

I was very curious to see how Good Food for Good's ketchup might differ from what I was used to, and the difference was clear from the moment I opened the first bottle of plain ketchup. For one, the color was darker and richer, with a reddish-brown hue, rather than the vibrant red ketchups I'm familiar with trying. Secondly, the texture was thick, resembling a tomato paste more than a liquid-y condiment.

When it was finally time to give it a taste, I found that it wasn't exactly like traditional ketchups, either. It was actually better. The blend of spices and a hint of vinegar brought out the best parts of the flavor of a tomato, rather than masking them,  and the inclusion of dates gave it a hint of sweetness without making it taste ultra sugary. Because of the thickness of the ketchup, I also found that I didn't need too much to get a lot of flavor. It was delicious on both regular fries and sweet potato ones, and even my Heinz ketchup-loving S.O. was sold on it after just one bite. 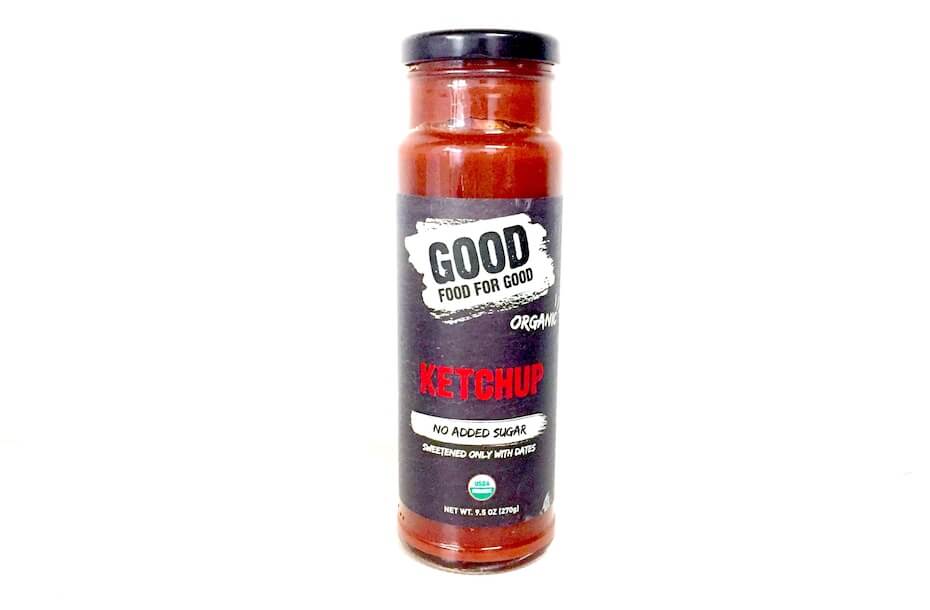 After trying the classic Good Food for Good ketchup, I was eager to test out the spicy version, and it lived up to all of my expectations. It had the same color and texture, but when it came to flavor, it had a little something extra to add a little kick without being overwhelming. I like that the additional spices worked to enhance the taste and aroma, rather than just throwing in hot sauce for the sake of fiery heat. The result is something that's halfway between ketchup and barbecue sauce, and it was as big of a hit at home as their regular ketchup. 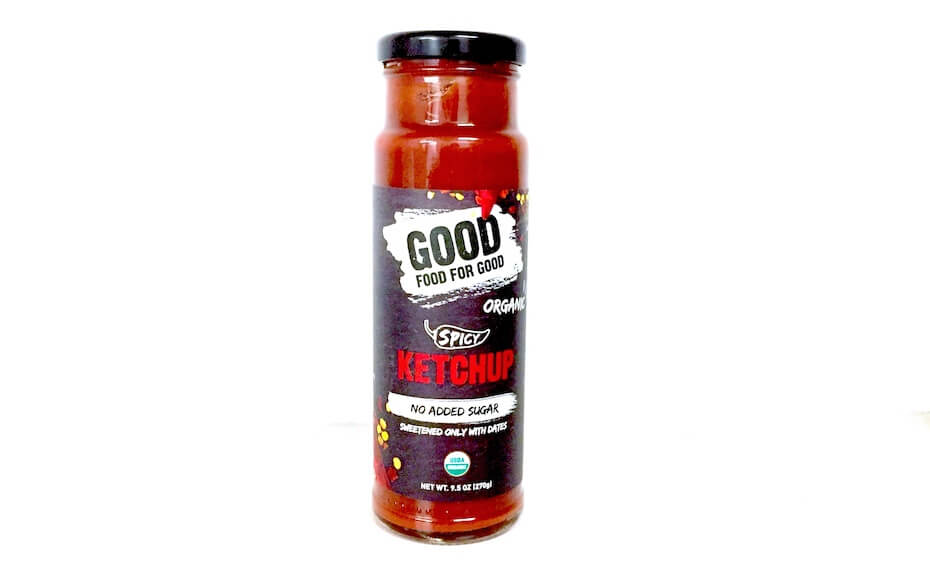 I found Good Food for Good's ketchups to be absolutely delicious, and though I'm sure not everyone who loves ketchup will find that these hit the spot, I think they're at least worth a try. It's always nice to try healthy alternatives to your favorites, and even though I don't stick to any kind of strict or even particularly healthy diet, I would be happy to substitute these for traditional ketchup any day of the week. And while $8 is definitely more than I'd typically pay for a bottle of ketchup, I'd be happy to occasionally splurge on these. 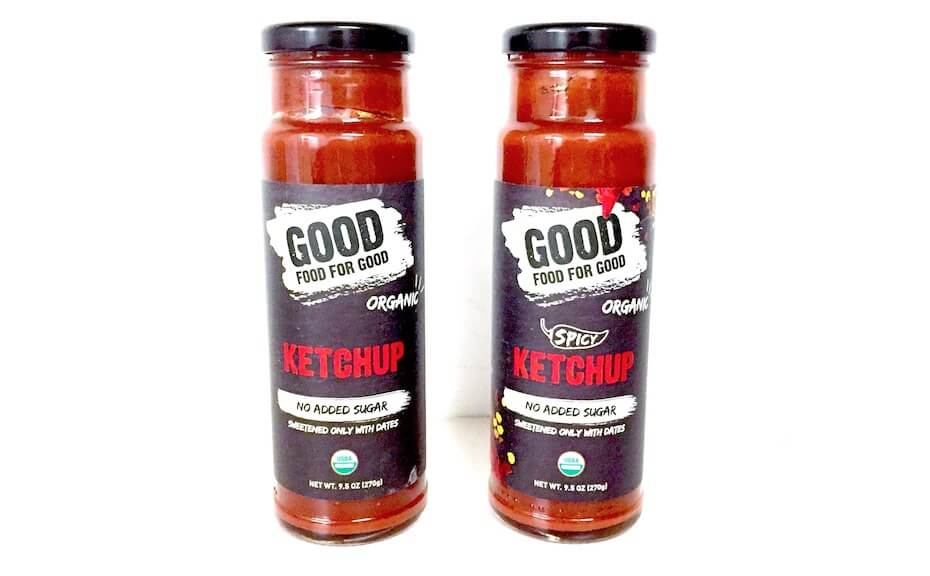 You can click HERE to find out if Good Food for Good can be found in stores near you.

If you can't get enough of delicious ketchup, click HERE for ketchup-inspired accessories you'll love.