On December 15, Grant Landis released his first music video for the original track "Straight Line"! We asked Grant all about the song and his experiences on set! 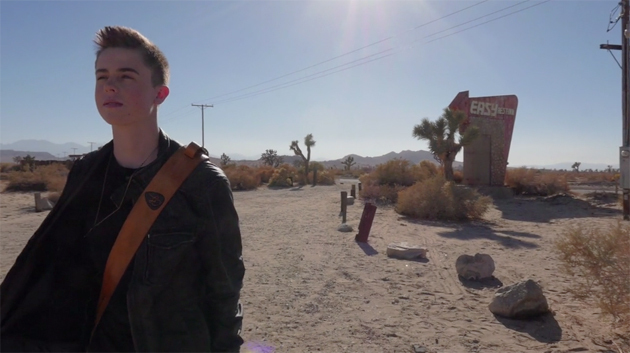 "The inspiration behind 'Straight Line' was somewhat from personal experiences, but at the same time from little things around me and people who were in my life at the time," Grant explained.

In the song, Grant sings about relationships and their tendency to fade before your eyes.

"The title 'Straight Line' to me is like walking a straight line or wandering trying to find someone," Grant said. "The song is about finding someone and having them disappear right when things get good. There can be a million different things you can get from the title 'Straight Line,' but thats what it means to me."

Grant teamed up with Sugarland's Kristian Bush to cowrite the song.

"The songwriting experience was incredible," he said. "It was such an honor to work with Kristian and to be able to write and make music with him."

The Sweety High production teamed worked with Grant to bring the video to life!

"It was amazing being able to film the music video 'Straight Line,'" he said. "It was a great experience and I loved working with everyone. Without them I wouldn't have such an amazing video."

His most memorable experiences from the day of the shoot included walking down a half-mile stretch of road for an epic drone shot, but he also loved working with the crew, including guest stars Sweet Suspense, and just having a great time on set.

Didn't catch the video? Check it out, and learn even more about Grant, in the articles listed below, and be sure to join our community at Sweety High to share your edits and more!