Love Gravity Falls? You HAVE to See This 'Farewell to the Falls' Art Show

Nucleus Art Gallery's "Farewell to the Falls" exhibition is the ultimate spot for Gravity Falls enthusiasts.

The show runs until Aug. 21, 2016 in Alhambra, California, and we had the good luck to attend during the show's media and VIP preview hour on opening night.

The exhibition features artwork by the show's fans and creators alike in a gallery featuring dozens of flawless pieces. 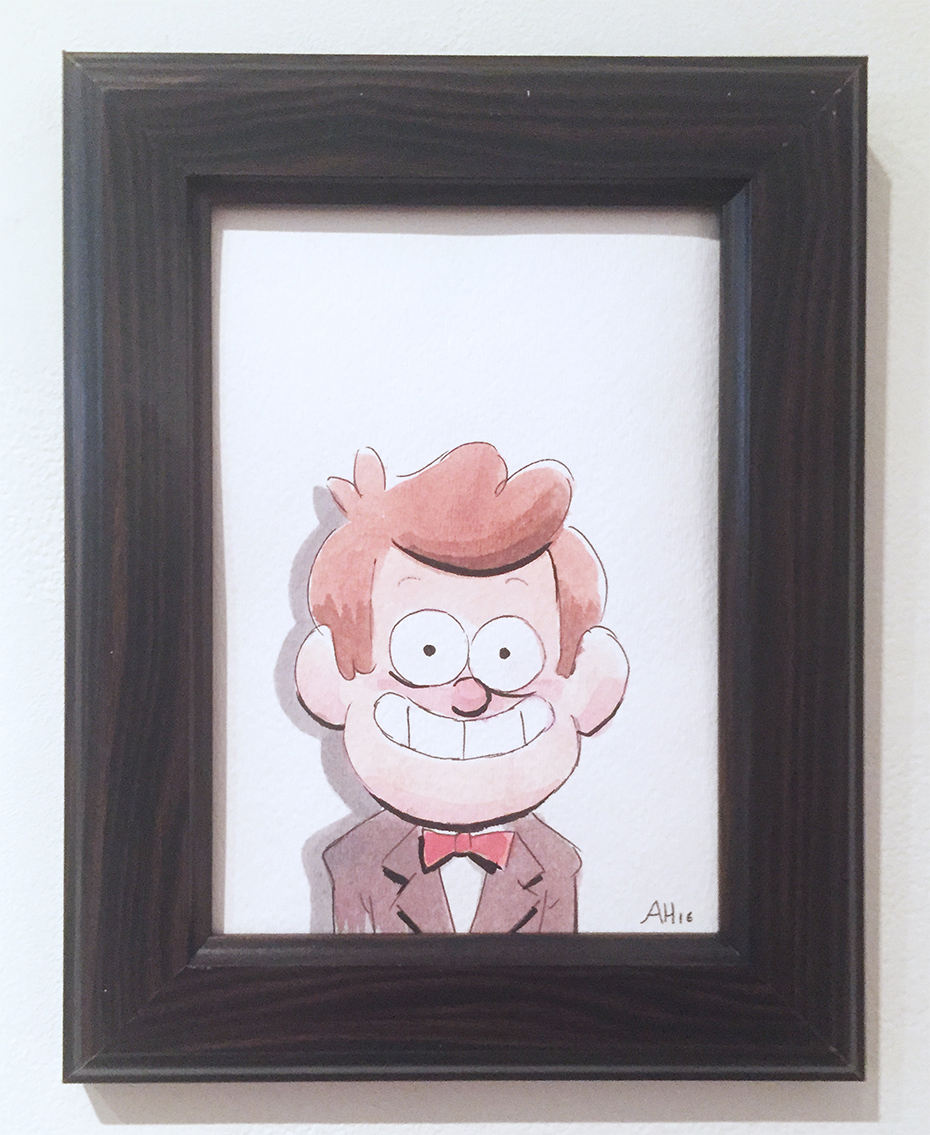 It looks innocent enough, but like anything else from the minds behind Gravity Falls, Alex's painting is not what it seems.

Alex was also in attendance on opening night to sign autographs for a long line of excited fans. The first hundred people who lined up outside got wristbands entitling them to his signature. 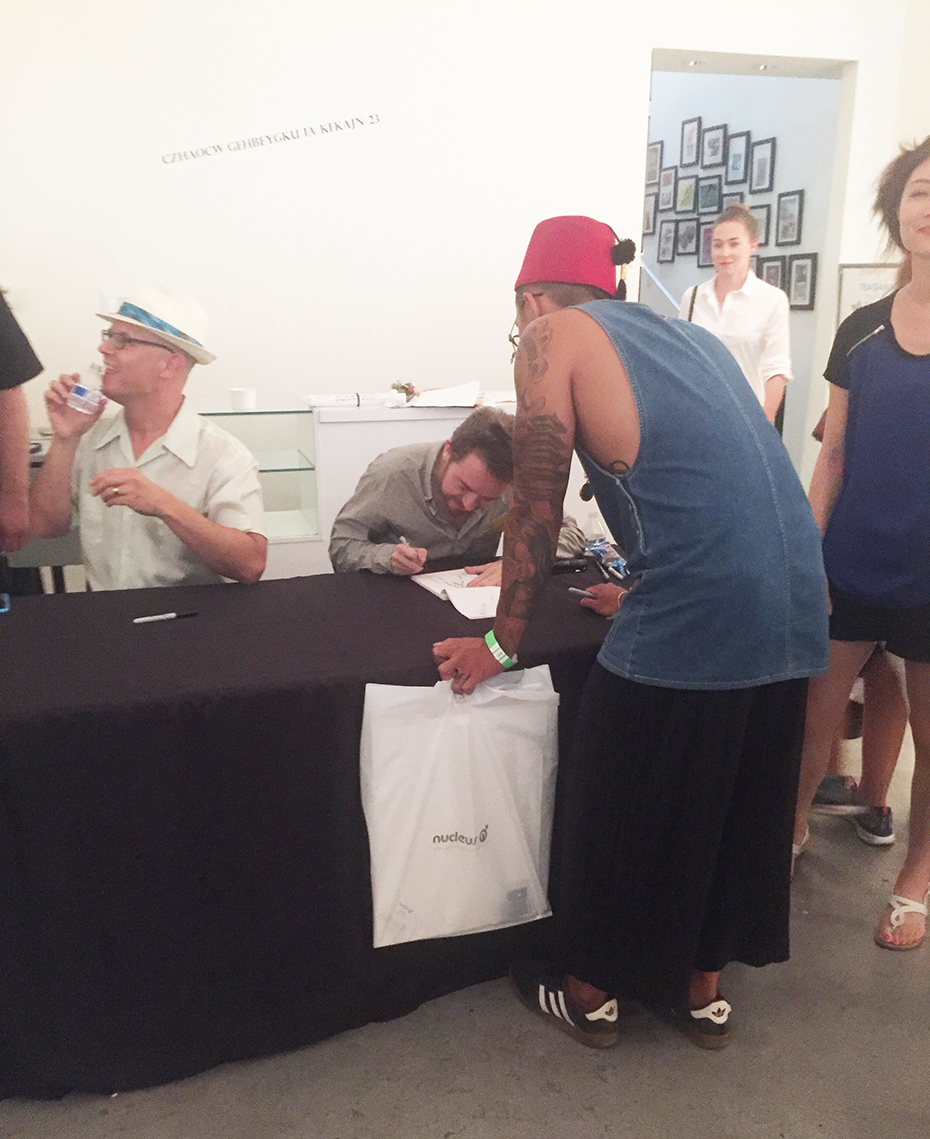 Let's just say that being among the first was not easy.

Fans camped out overnight to see the show! My childhood dream of starting a cult is coming true!#FarewelltotheFalls pic.twitter.com/k7EdWQUCs5

Jason Ritter, the voice of Dipper (and one of the artists on display) was also there to meet the fans.

Even aspiring artists could have their work up on display at the show. One wall was dedicated to a contest to design the best new sweater for Mabel. At the end of the exhibit, one winner will be picked by Alex Hirsch's sister, Ariel, to win a prize. 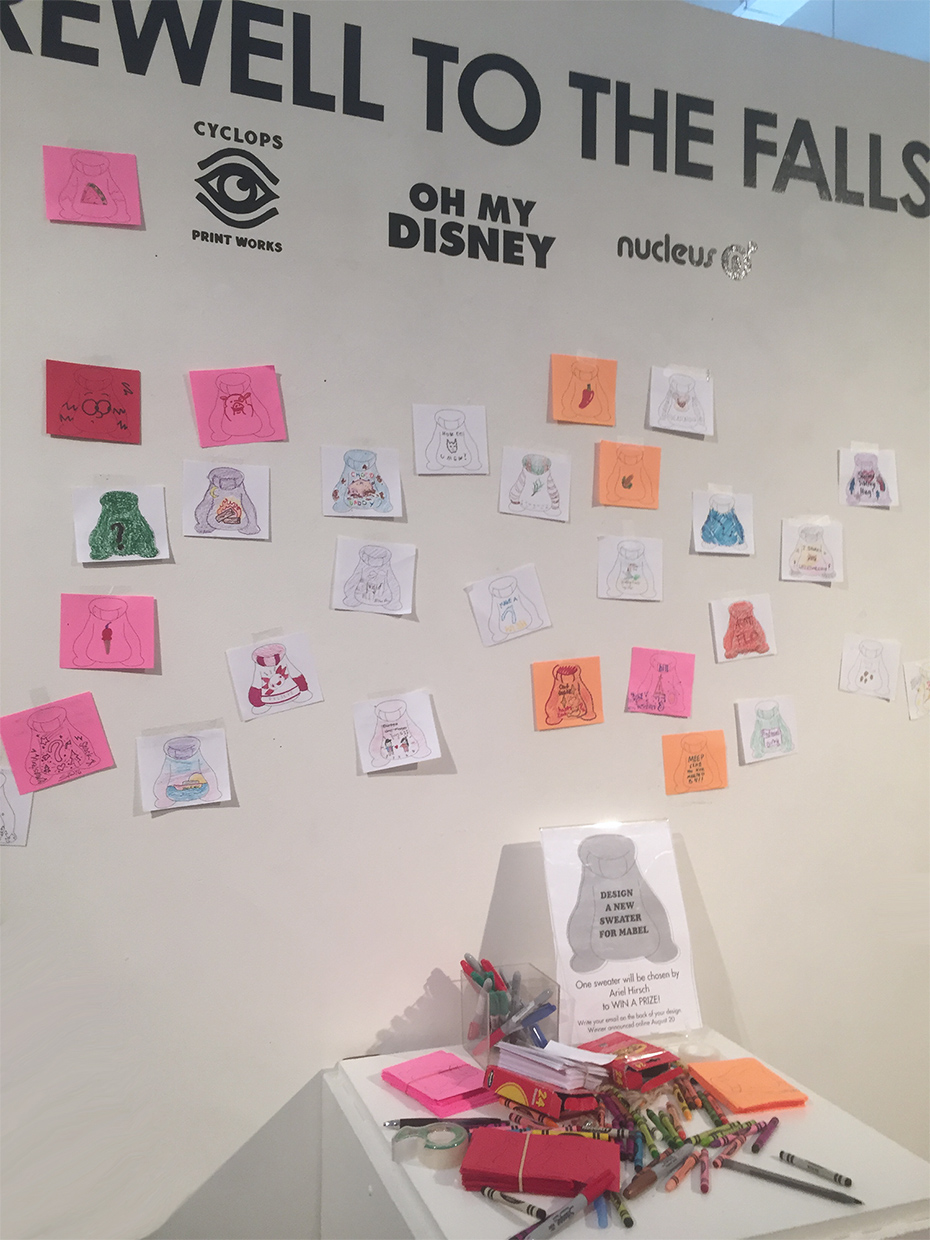 But the real star of the show was the artwork itself. We took a lot of photos of the incredible art on display, but this doesn't even start to cover it. Keep scrolling to see a few of our faves! 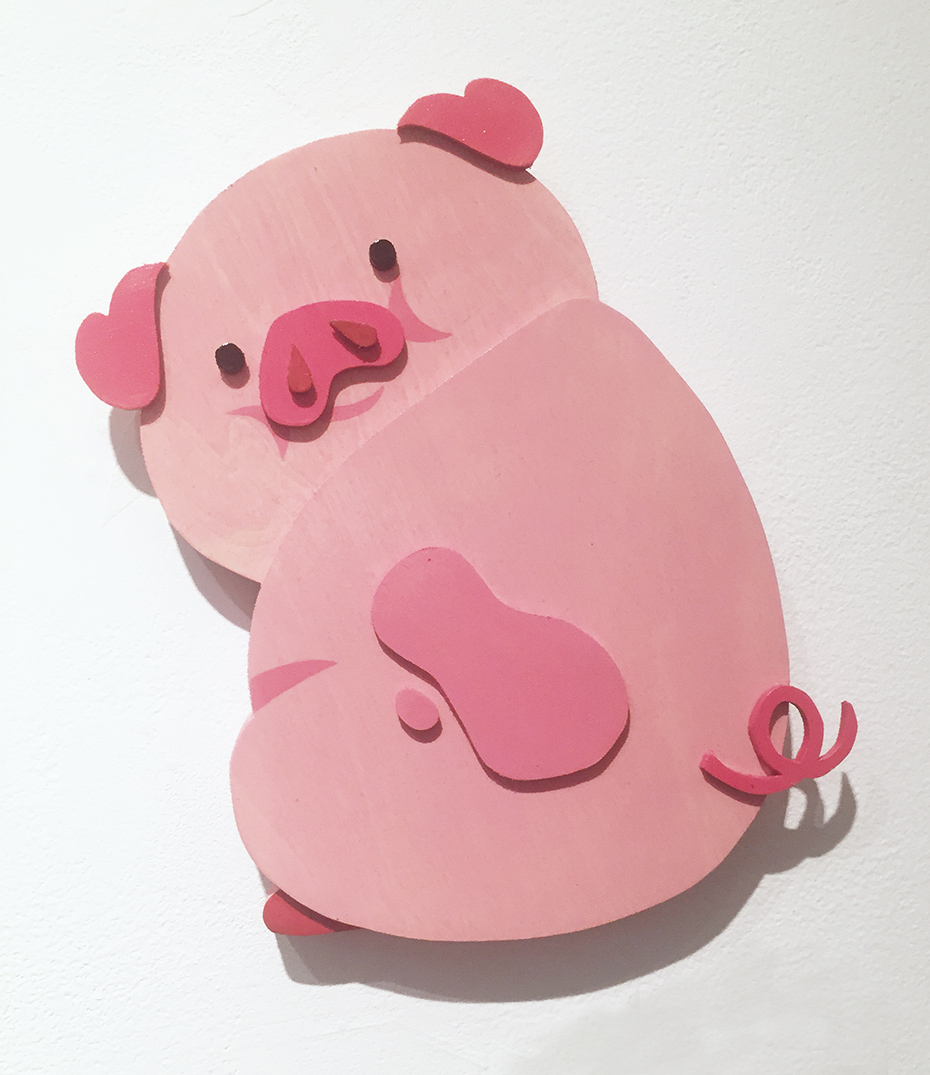 Waddles by The Wooden Heroes 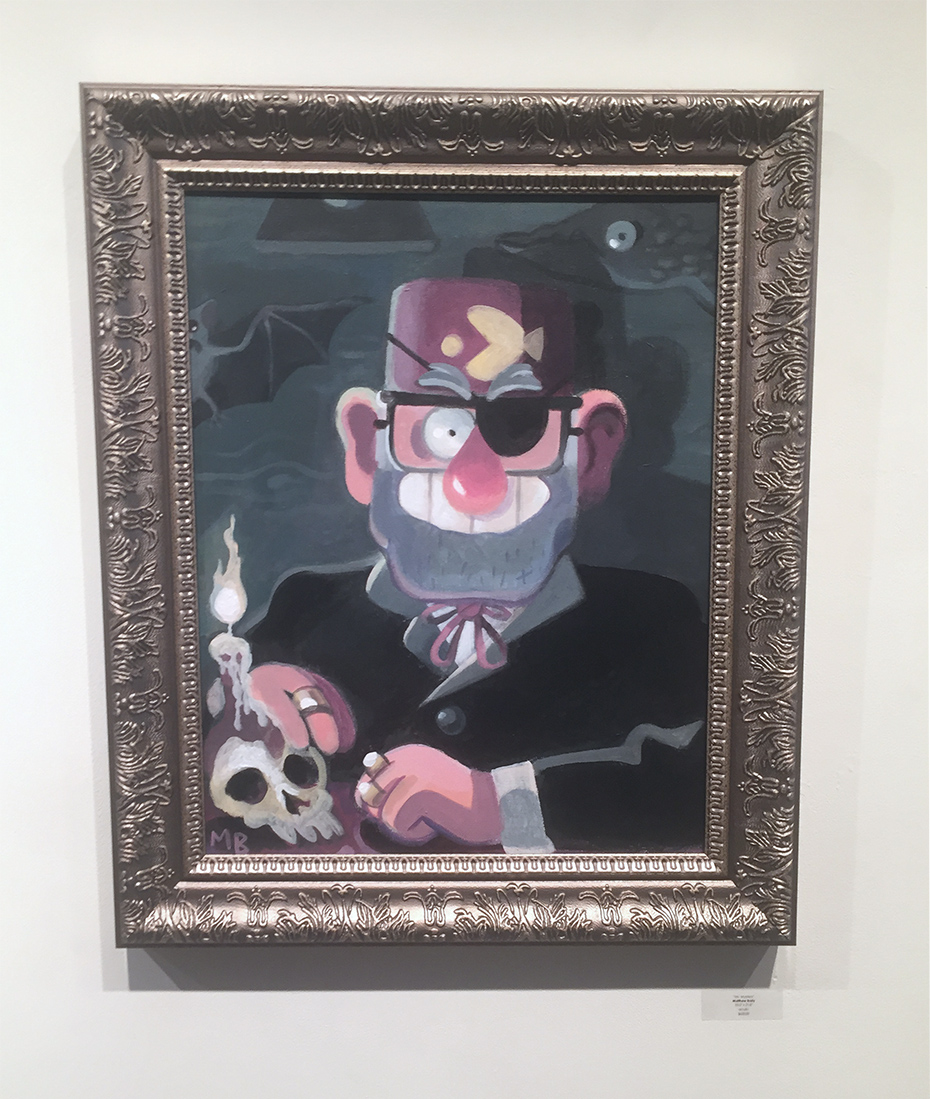 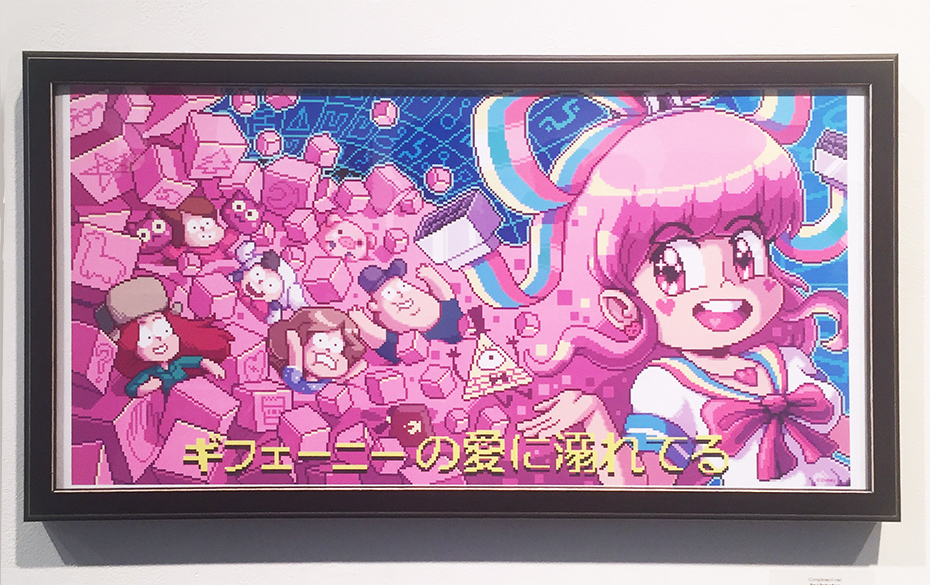 Compliment Me! by Paul Robertson 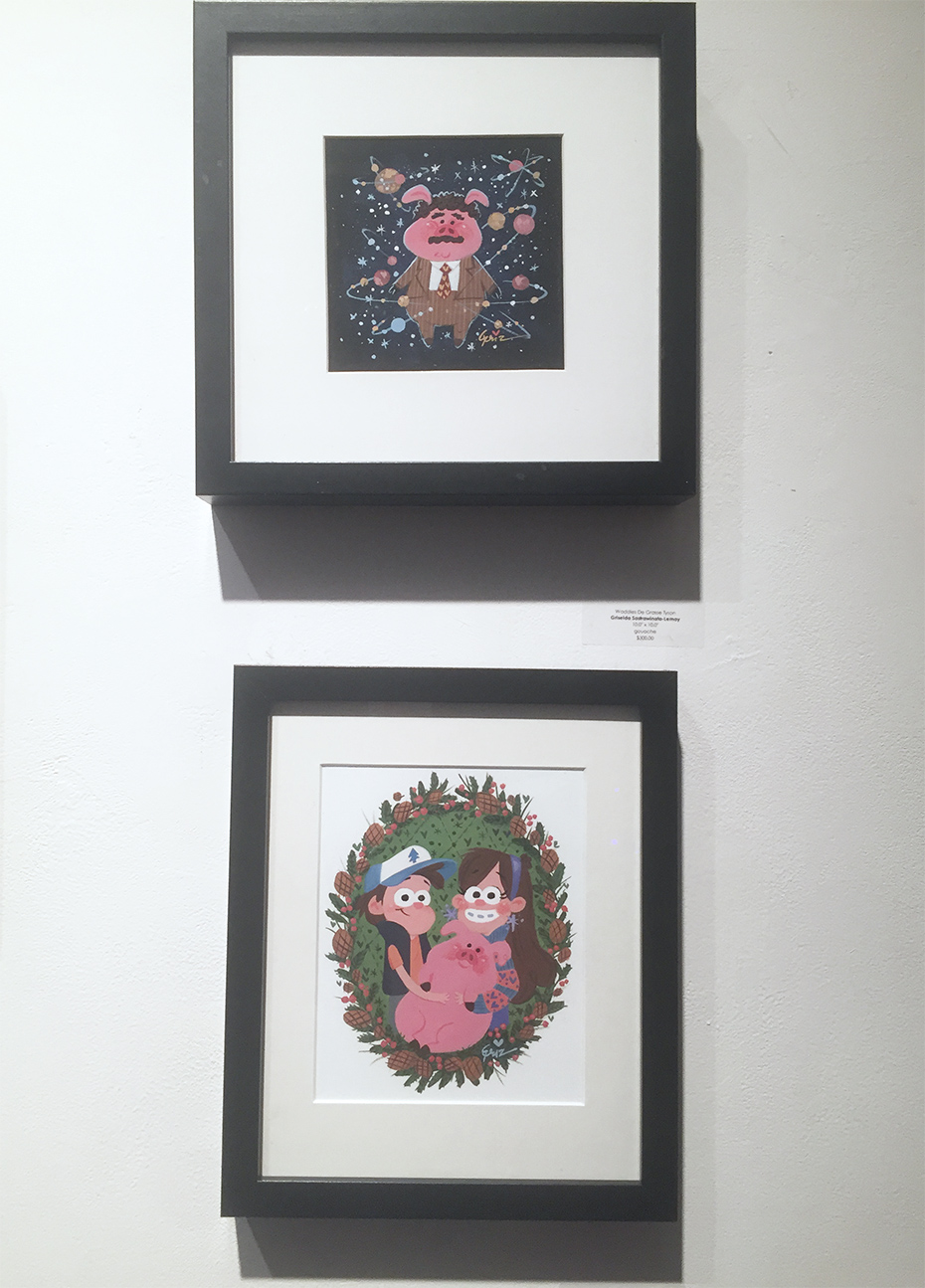 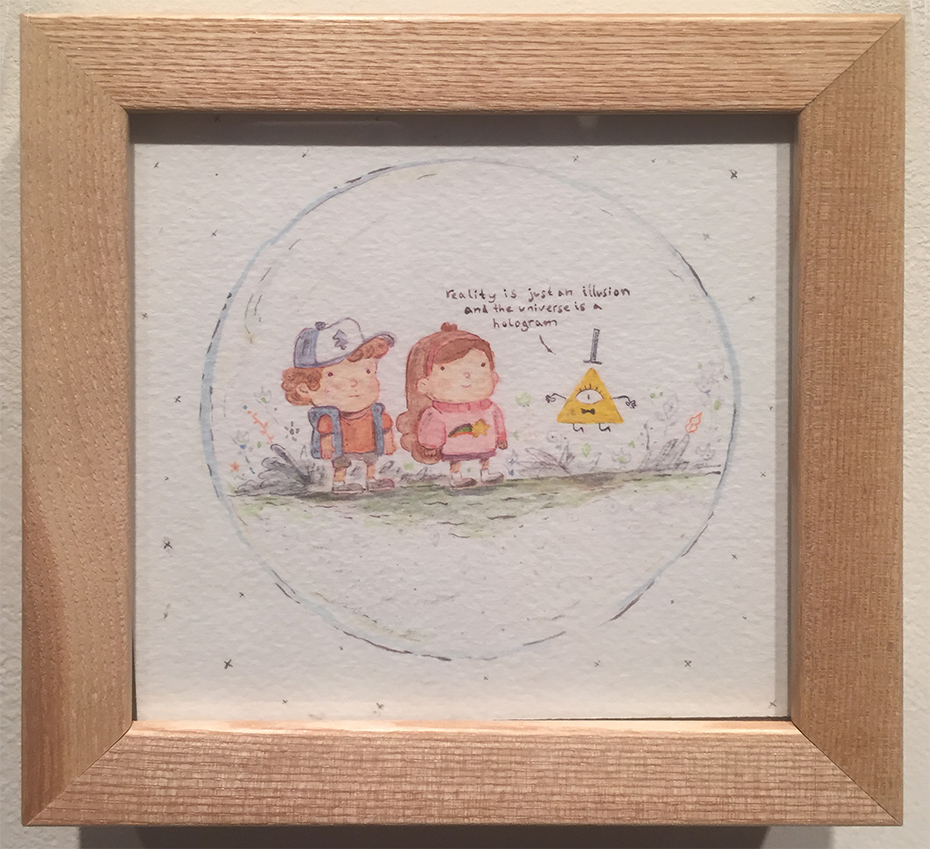 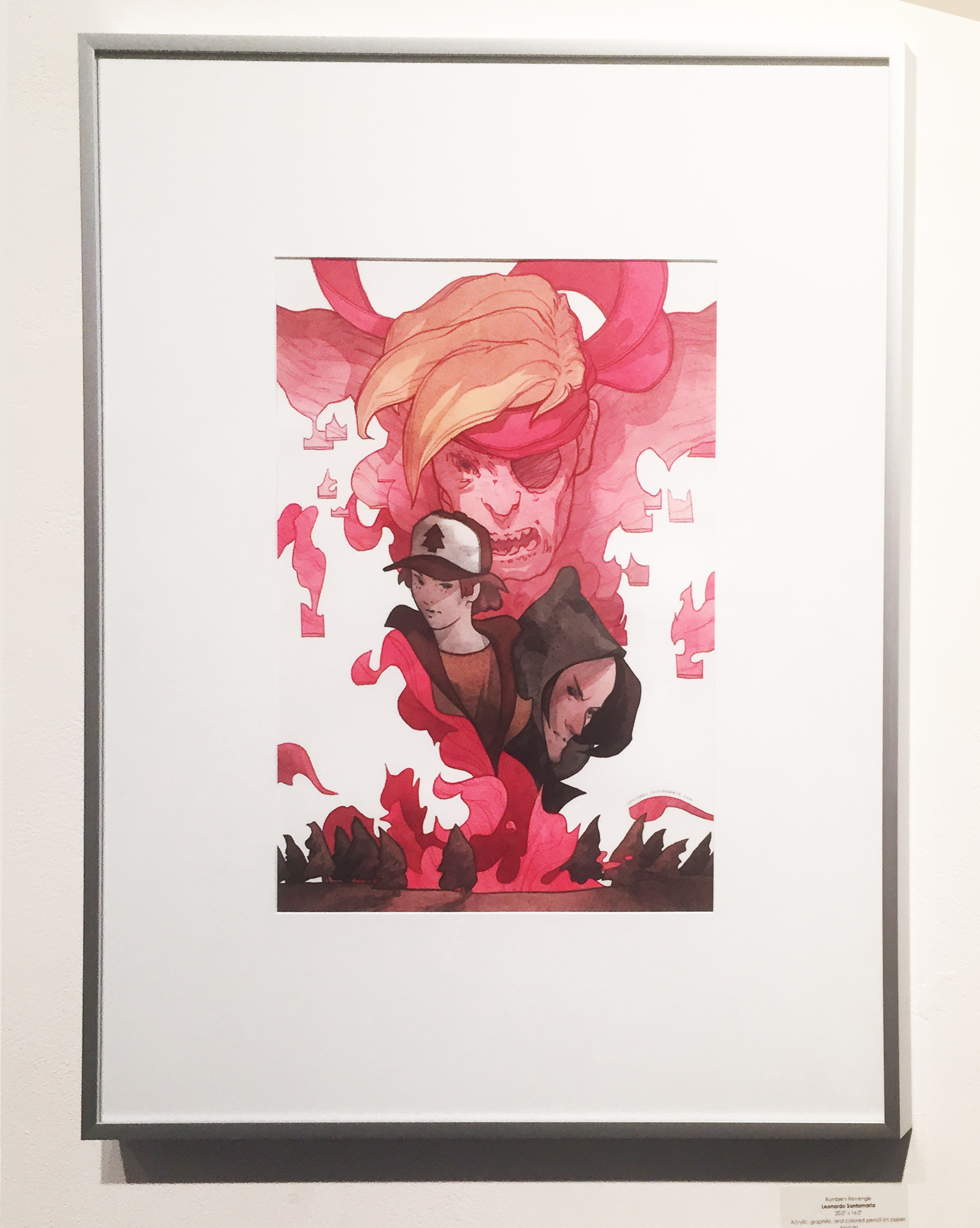 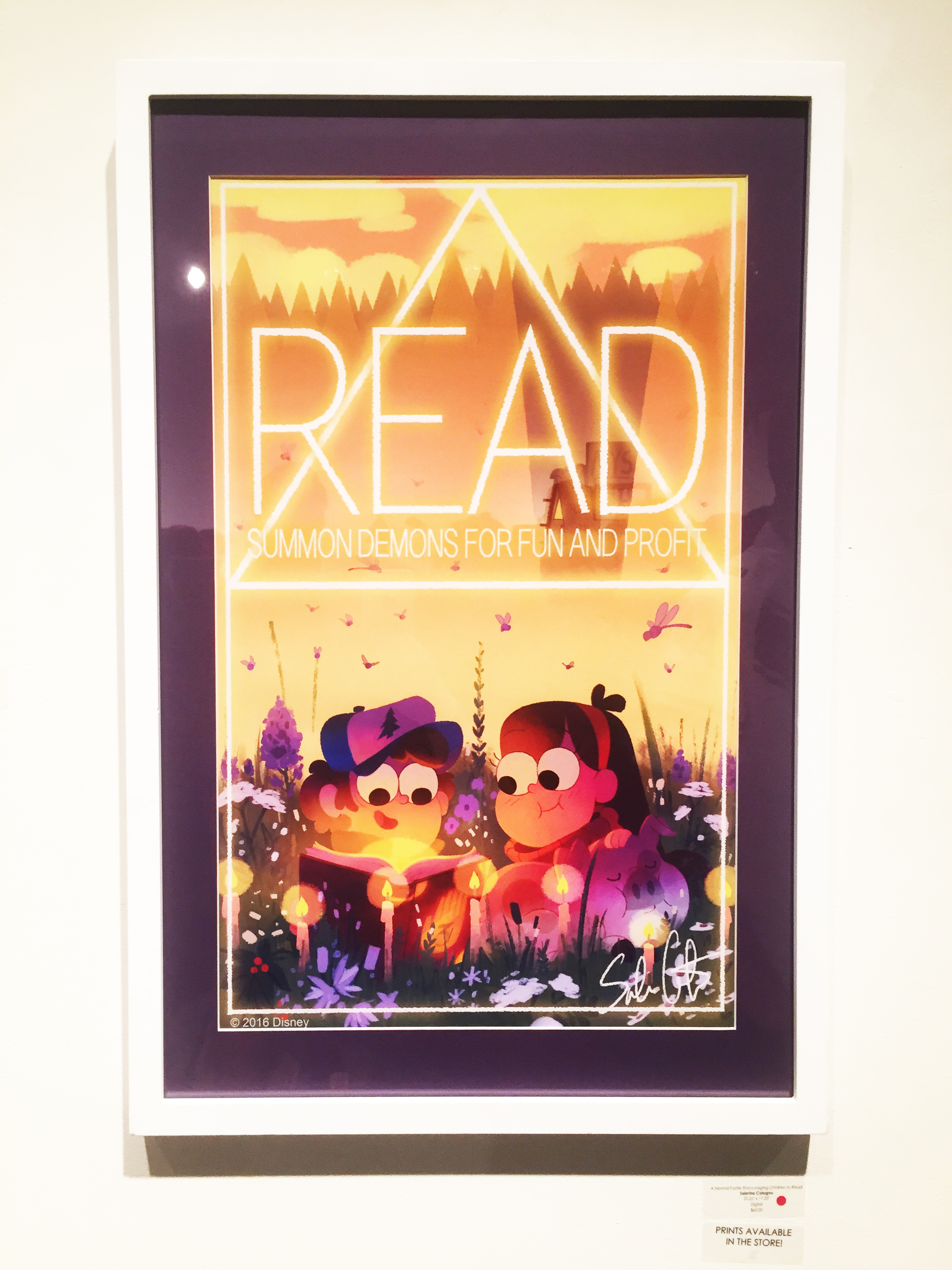 A Normal Poster Encouraging Children to Read by Sabrina Cotugno 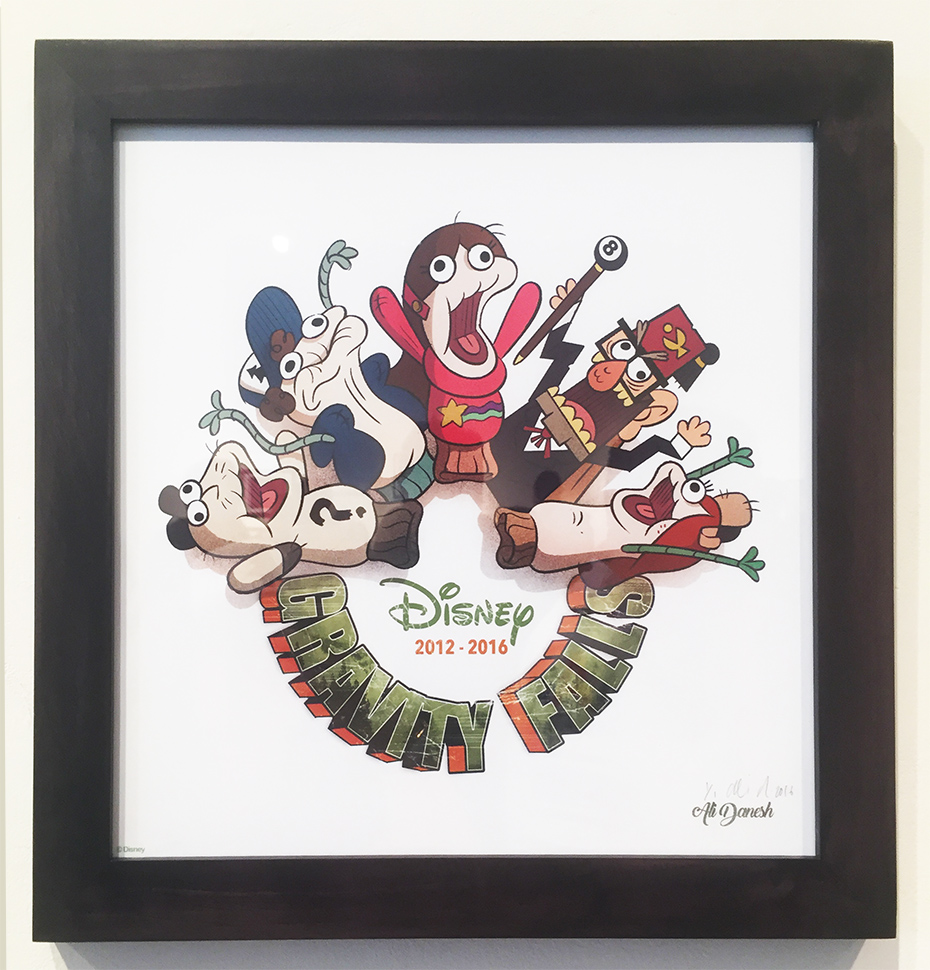 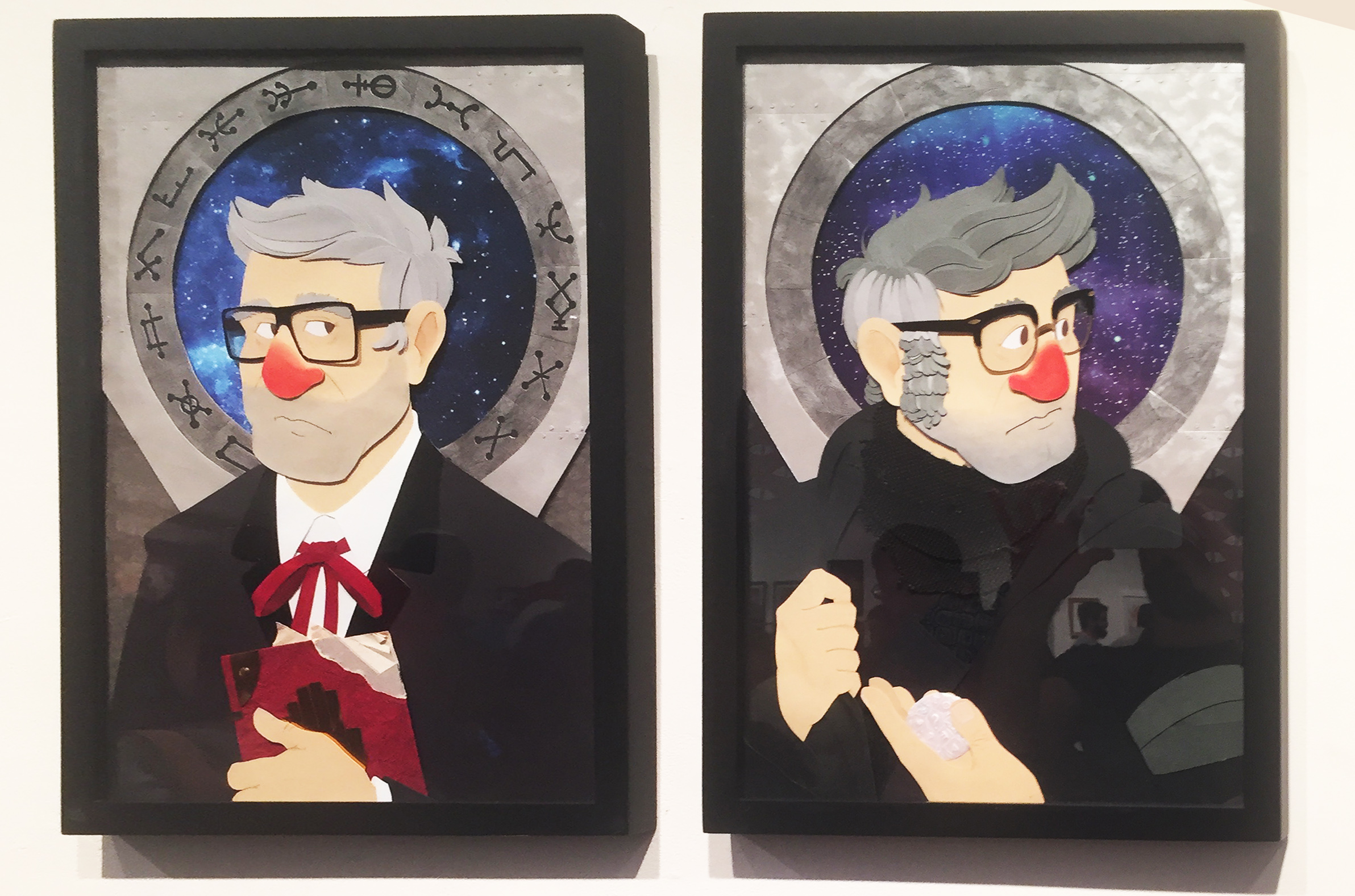 The Other Side by Jessica Mahn 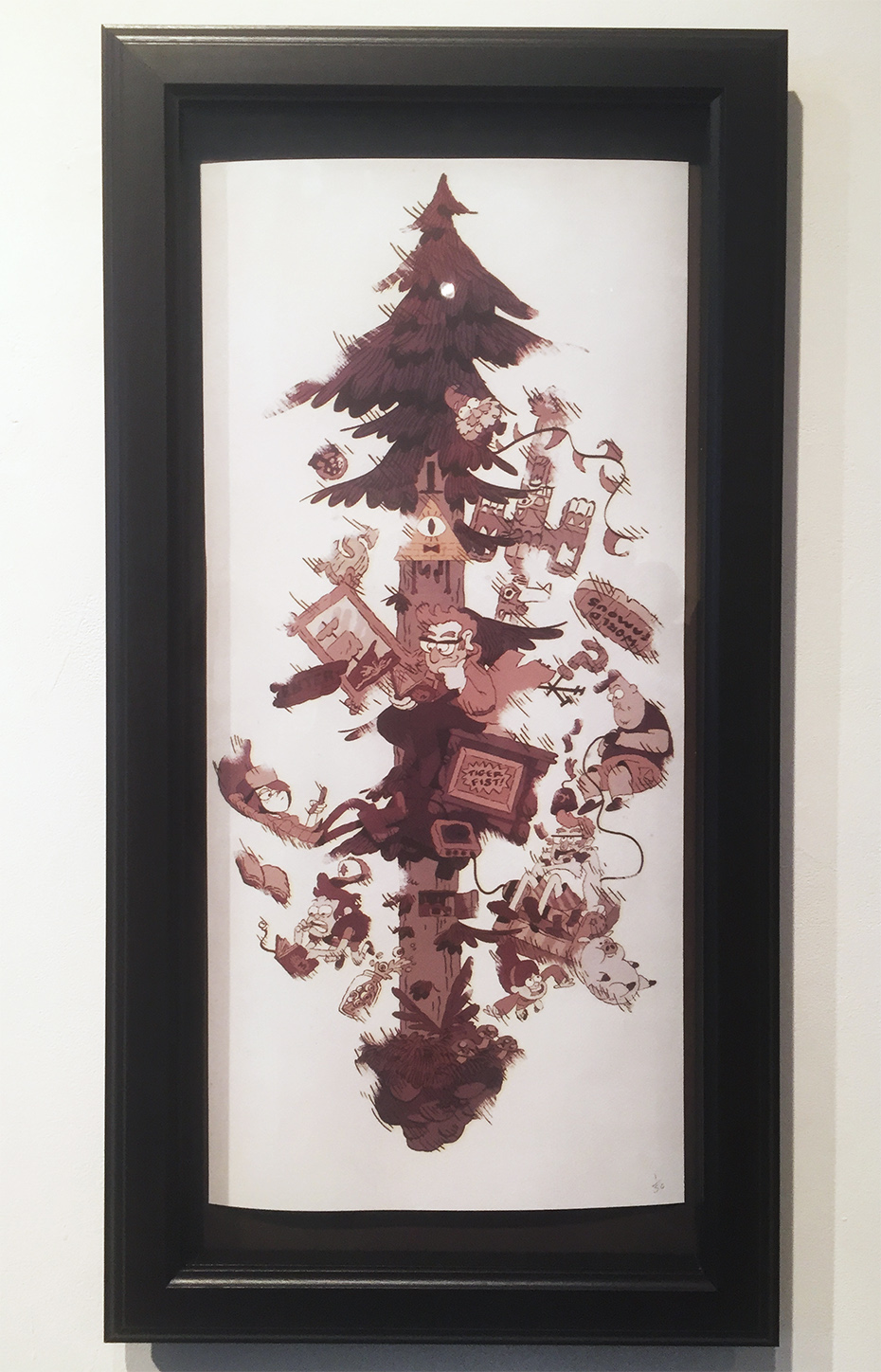 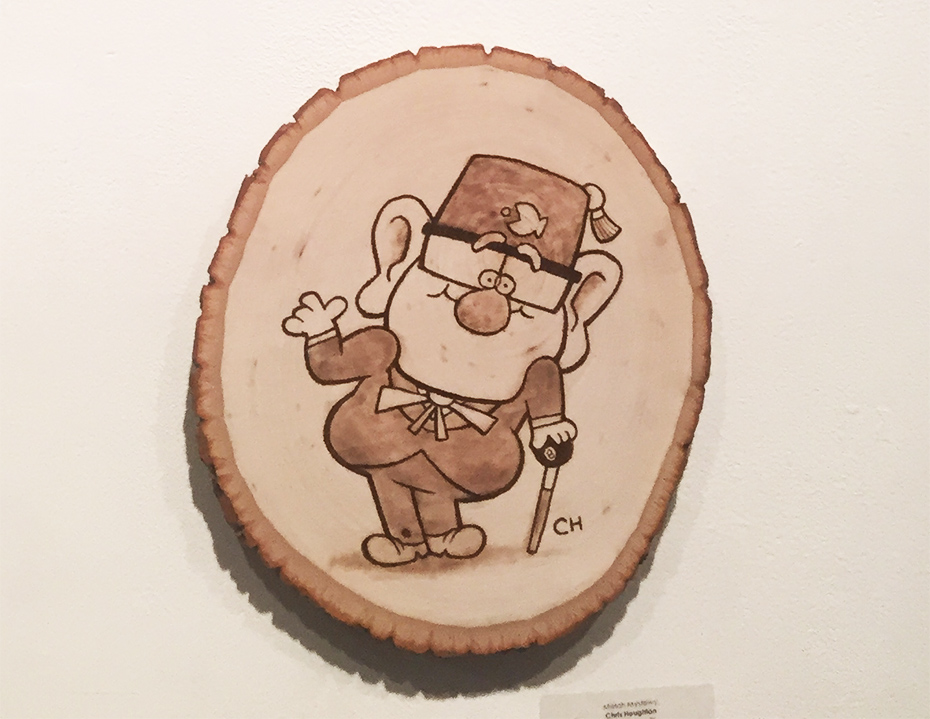 To see even more of the featured art, check out Nucleus Art Gallery's website HERE.

For even more on Gravity Falls, click HERE to see all the reasons you need to own two new books about the series.