Which Great British Bake Off Contestant Are You? Your Zodiac Tells All

Here at Sweety High, we love anything and everything to do with baking… particularly when it comes to eating it.

As baking connoisseurs we are completely and totally obsessed with the Great British Bake Off on Netflix. We can't get enough of these talented contestants competing, in the sweetest way possible, for amateur baker of the year. 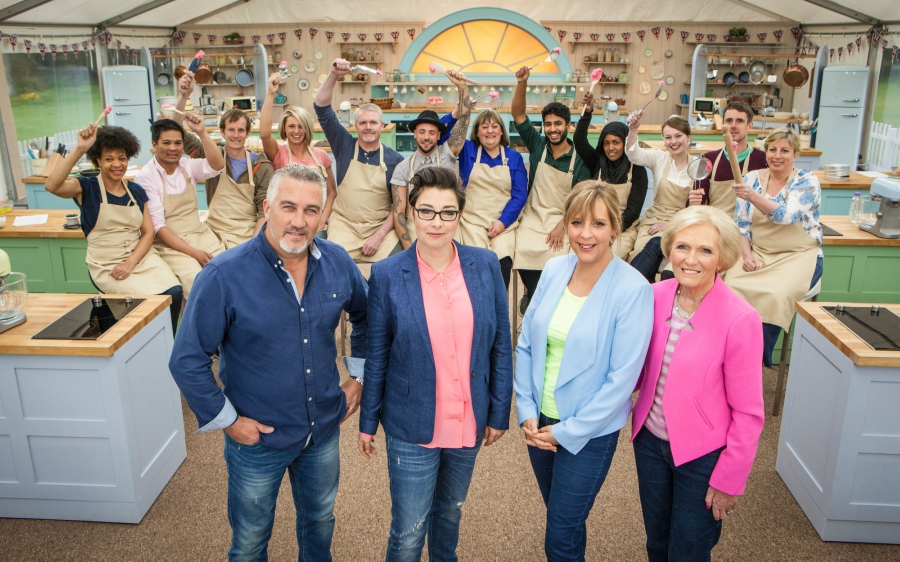 From chocolate tempering to shortbread constructing, there seems to be no challenge too grand or petite for these home bakers. In this technical challenge we put our zodiac skills to the test to find out which Bake Off contestant you are as determined by your star sign.

Scroll below to find your perfect pairing. Ready, set, bake!

Gemini are known to have dual personalities which is exactly what Martha exemplified during her time on the show. One minute cheery and optimistic and the next moment stressing out and tearing up, you and Martha are both familiar with the rollercoaster of life. That said, you're both extremely clever and gifted in communication. Just like this Bake Off contestant, you would likely be one of the youngest bakers to date all while juggling the pressure of school. Your resourcefulness paired with your charm make you an easy fan favorite. 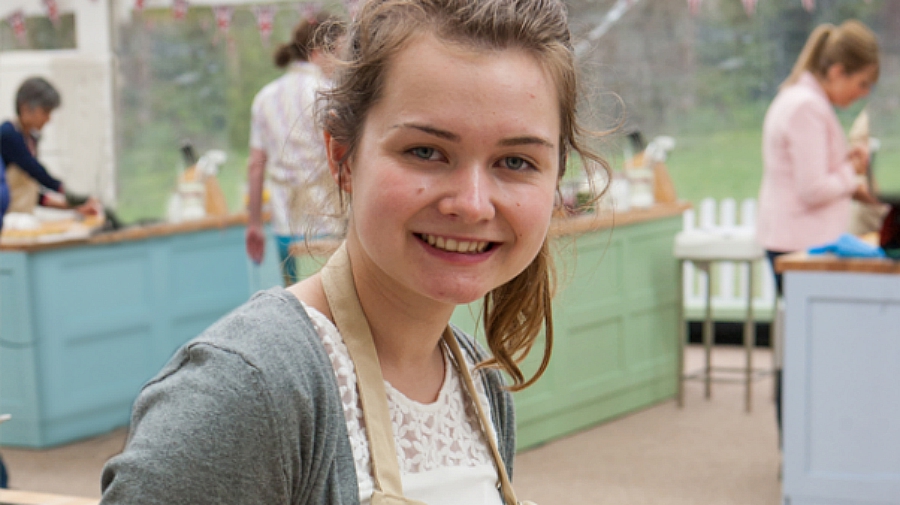 Just like Beca, you are incredibly family oriented. This home baker learned the tasty craft from her mother and grandmothers and uses her talent to bake for her family and friends. While you're both naturally creative, you have to admit that you prefer to stick to comfort and familiarity. Cancers are sentimental and nostalgic beings which makes you and Beca lean towards baking traditional recipes from home. While you both have a hard outer shell (your sign is a crab after all) you're soft on the inside, making you great nurturers. Basically, you're the total moms of the baking show. 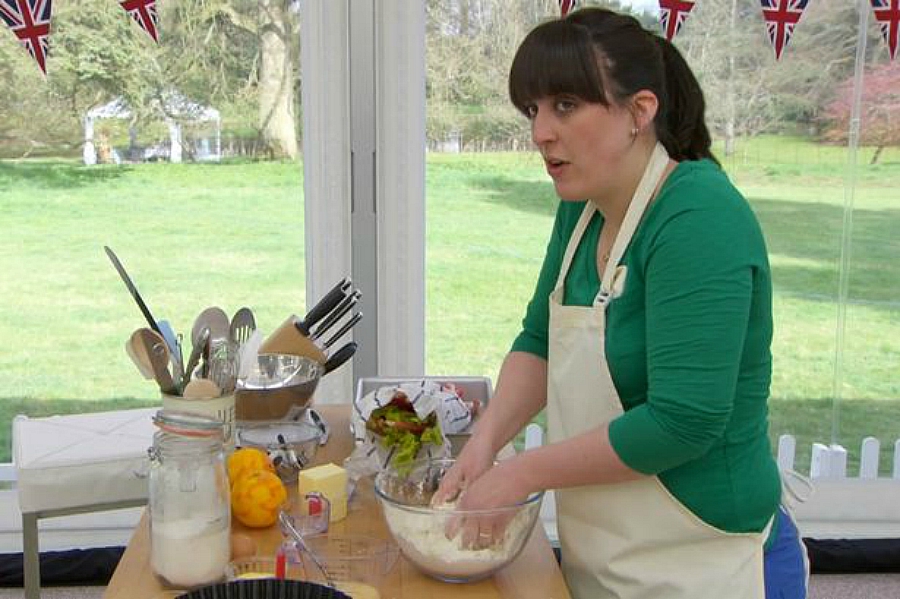 Leo, you are all about your pride. Much like yourself, it's safe to say that Iain wore his emotions on his sleeve, which at times could have pretty dramatic consequences. Fitting into the Leo mold, this baker was far too proud to present anything less than perfect to Mary Berry and Paul Hollywood and certainly made a scene in the process. Like Iain and fellow Leos, your passion can get the better of you and before you know it you're tossing your bake into the bin. Infamous explosion aside, you both are naturally protective people who enjoy the act of self-expression. 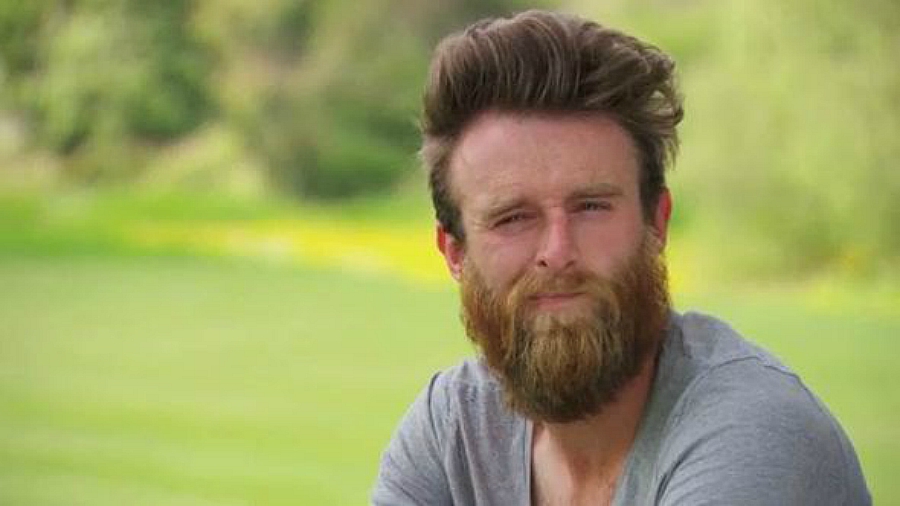 Virgo, you're known for your deep analytical approach to life. Always fine-tuning every detail, this is what makes you and Richard the ultimate perfectionists. As a builder, it's only natural that this baker would constantly be seen with a pencil behind his ear and an elaborately engineered bake sketched out on his workbench. Above all else, hard work and resourcefulness are the reputations that precede you. And that dedication usually pays off… we can't forget about Richard's Star Baker winning streak! That said, because you see life in the little details, you aren't completely interested in shining in the spotlight. 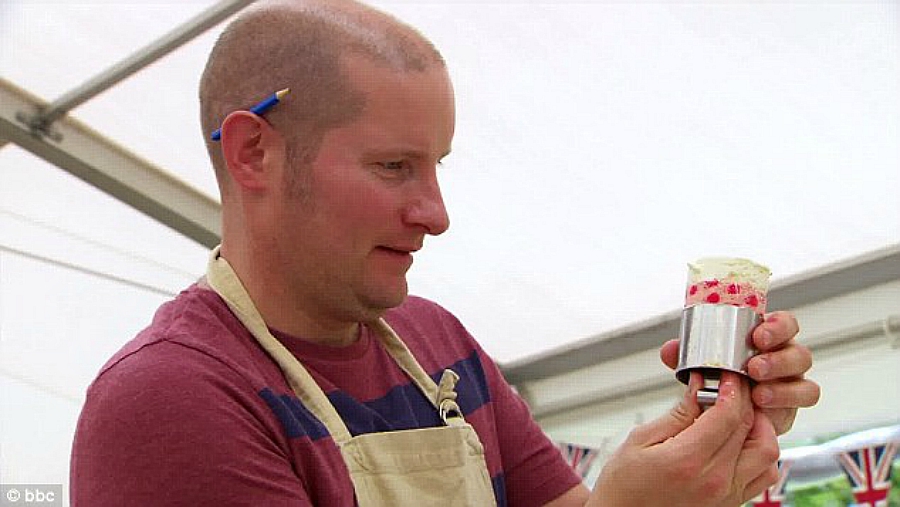 Claire… because someone has to be the first to go (and admit it, it would totally be you)! This baker may have bid her adieu early on in the competition but she certainly left an impression. After her Swiss Roll kerfuffle Claire burst into frustrated tears. Afterwards, however, her Libra side really stood out. Finding balance and fairness in all things, she admitted that crying over a cake was a bit of an overreaction. Like Claire, you strive to restore equilibrium to all things in life… such as failing at some baking challenges. But that doesn't mean your playfulness doesn't shine through! Libra are known for their lovable charm and sincerity. Tbh, we really wish Claire had made it further. 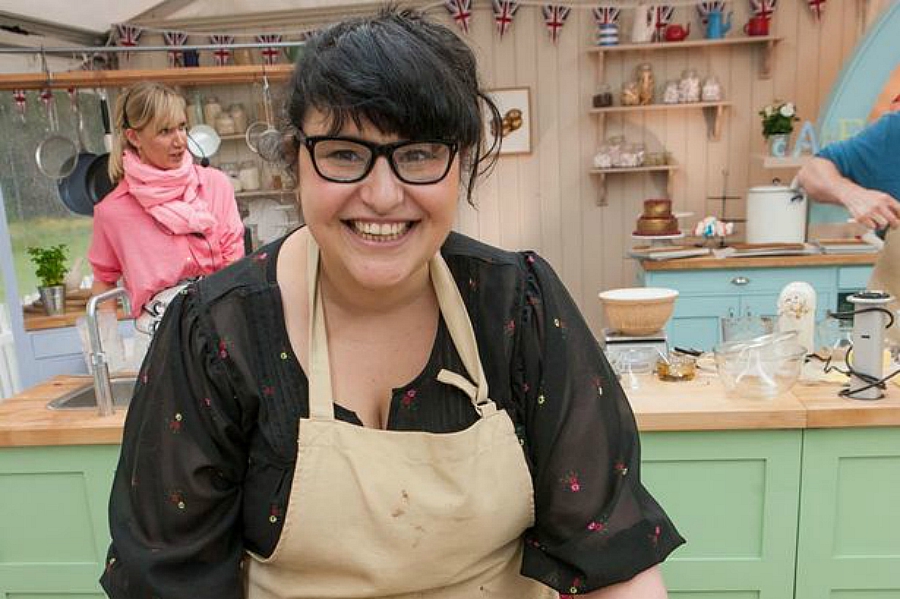 Scorpios are full of mystery, just like this young Bake Off contestant. This star sign is known for its intensity as well as secrecy, and honestly, we never really knew what was going on in Ruby's genius mind. While those piercing eyes are a total Scorpio giveaway, this baker's misunderstood nature is what gives her so much complexity. Like Ruby, you're at times misunderstood but often praised for being a trendsetter. We may not always know what's going on in the mysterious minds of Scorpios, but you sure do which is why you're often in control. 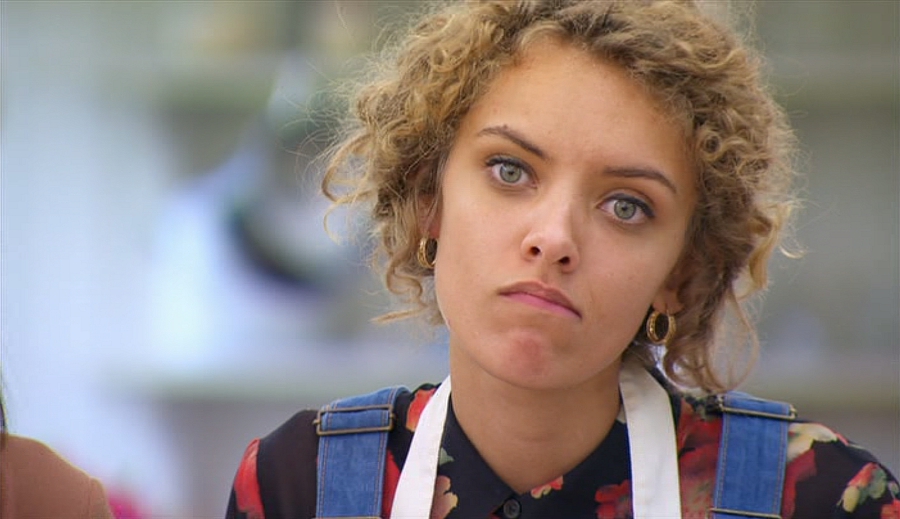 Expansion is the No. 1 goal of Sagittarius born. You are adventurous, honest and always up for a spontaneous trip. Flora was known for going above and a little too beyond with her bakes, often making biscuits or some other baked embellishment that wasn't required in the challenge. But this is because her Sag side was always pushing her to expand boundaries. Like Flora, you're always excited to try new things, which can sometimes mean that you bite off more than you can chew… or bake. While this contestant eventually learned to set reasonable limits, you may still be trying to do the same. Regardless, your optimistic personality keeps you going and, as always, you're a complete delight to those around you. 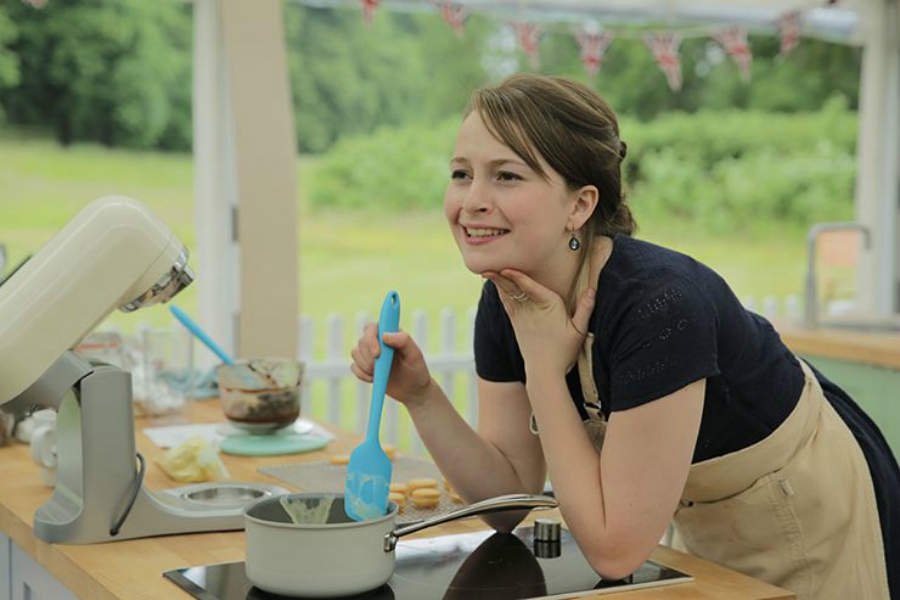 If there is one thing we can say about Capricorns it's that this sign is ambitious. You and Paul are goal-oriented people who always get the job done. From his elaborate and highly praised lion head bread to his consistent craftsmanship, Paul is the Capricorn we all secretly wish to be. While traditionalism runs deep in this star sign, that's just because you value good old-fashioned hard work above all else. At times Paul, and yourself, may seem a little too serious, but we know that your love (for baking) is thicker than oil which makes you very loyal people. 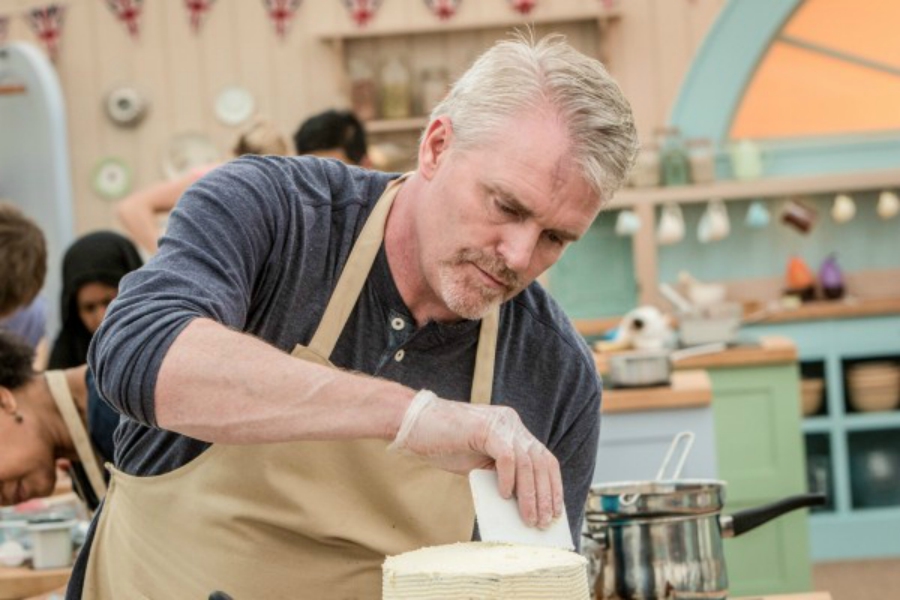 Aquarius are known as innovators, which walk the line between creative genius and mad scientist—cue Nadiya. Your imagination helps you produce works that are avant garde and eccentric, just like Nadiya's peppermint and bubblegum cream eclairs. What makes this baker even more inventive is that desserts aren't part of the food pyramid in Bangladesh, where her family is from. Just like Nadiya you'd rather think outside of the box than get trapped in a world of routine. While this baker is thinking up interesting flavor pairings, you're developing the next chart-topping app or filming a viral video. There's no end to the inventiveness of Aquarius… even if to some your ideas seem a tad crazy. 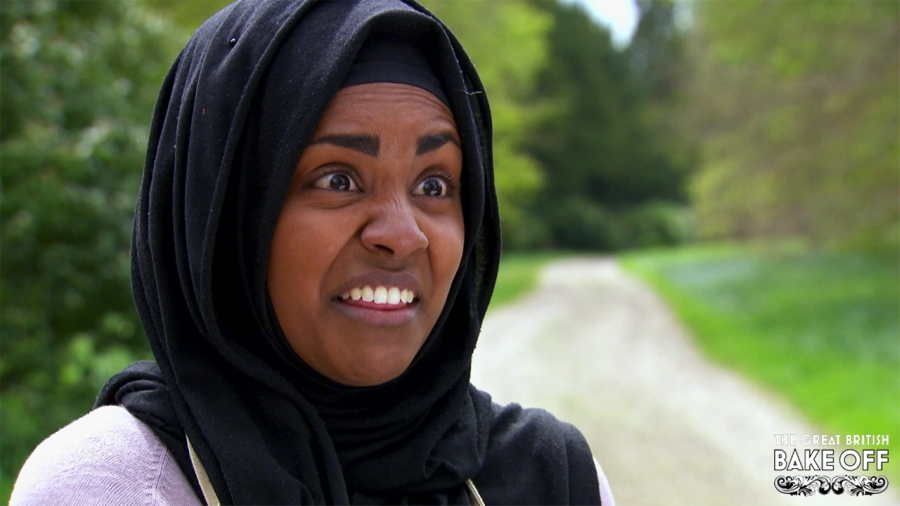 Pisces are known to be one of the most artistic and creative signs of the zodiac. Just like Frances, you value art and imagination above all else. While Frances may have been told endlessly to focus more on the substance of her bakes rather than the style, she just couldn't help herself from crafting cute and pun-centric bakes, such as her matchstick bread sticks. You and Frances see the world with big eyes and even bigger dreams and have a hard time putting an idea to rest once it has kindled in your mind. Despite this playful approach to art, you're also thought of as the "old soul" of the zodiac and tend to be highly emotional. 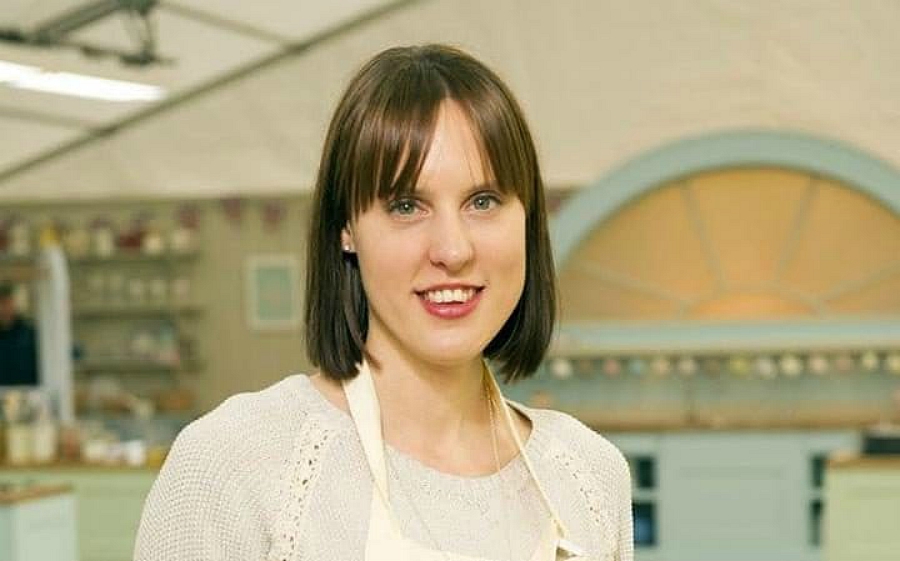 Aries is a fire sign, which makes us confident in nicknaming this contestant Hot Tamale. As a baker, Tamal always stuck to his original plans even when Paul Hollywood insinuated that he would make an error. That's a stubborn Aries for you. But it served him well because Tamal, like yourself, is bold and confident, meaning that he often succeeded in his attempts. Or, at the very least, learned through his mistakes. While Aries are known for their dedication, they are also known to be champions for themselves and others, which is exactly what made Tamal such a delight to watch, and doubtlessly such an enjoyable contestant in the tent. You and Tamal are encouraging and caring, often experiencing your wins with a touch of hesitancy for fear of being disappointed. All in all, you may be competitive but you'll do so with a smile on your face and a pat on your rival's back. 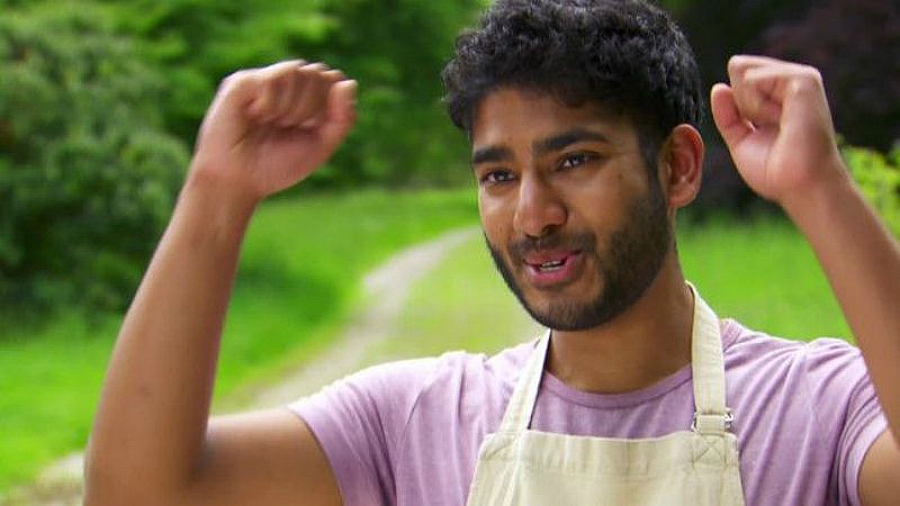 Taurus are nothing if not persistent. Just like Kimberley, you'll stop at nothing until the job is done. That said, you're both methodical planners and schedule your tasks step by step in order to maintain order to your madness. Your carefulness lends you a certain air of elegance which can constantly be seen in Kimberley's warm smile and supportive nature. Like this contestant, you don't just want to finish, you want to finish first. While this sugary sweet baker is often all smiles, she is also her toughest critic. Like Kimberley, you can be a tad stubborn when it comes to your creations. But that's just because you know you can always do better! 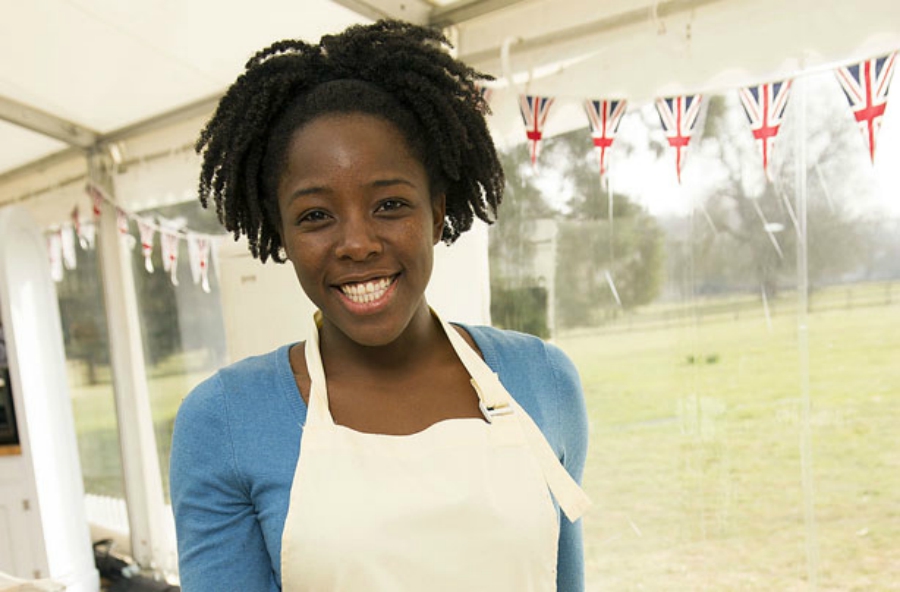 Ready to try your hand at baking a signature pastry? Click HERE to whip up one of these homemade Pop-Tart recipes.