Gudetama the lazy egg is undoubtedly one of Sanrio's strangest characters, but I also happen to think it's one of the best.

Though the character is most often represented as a little yolk person on a white, pillowy egg white cushion, Gudetama can take on any form that eggs can.

That's why I'm particularly obsessed with the new Gudetama Tap mobile game, which is all about cooking eggs to collect different Gudetama in all their various shapes and sizes, from raw eggs to fancy eggs benedict and fluffy rice omelets. This is a collectathon I can absolutely get behind.

Essentially, each Gudetama starts off as a plain old egg, and it's up to the player to cook each different kind of Gudetama to life. In the beginning, you have only a cutting board to prep with, and a few very simple recipes to choose from. Once you've picked a recipe, you have to wait for Gudetama to cook. While the starting recipes will take just a minute to complete, you'll later unlock ones that take hours and hours. 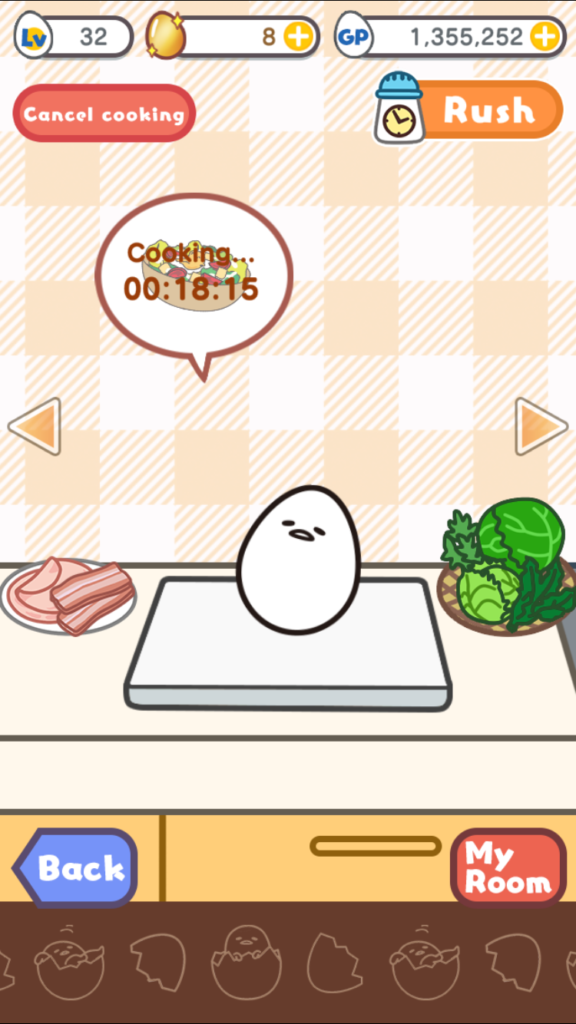 Once it's done cooking, it's time to check your results. Rather than just getting the character you were cooking, you spin a result roulette with chances to succeed, fail or get an unexpected surprise. You'll want to try some recipes multiple times to get each outcome. Even failures can give you new kinds of Gudetama. 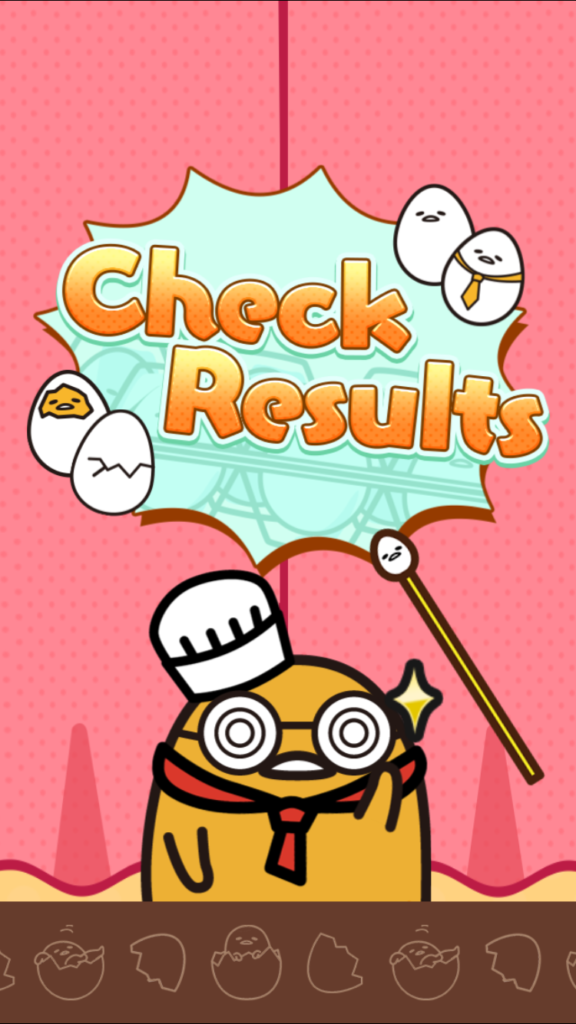 From there, you'll gain more cooking implements and unlock other recipe books that'll allow you to cook more and more amazing egg dishes with Gudetama. However, they come at a price.

There are two main types of currency in Gudetama Tap. The main currency is GP, or Gudetama points. These can be earned by completing challenges or cooking up Gudetama, but the main method of earning GP is in the title of the game itself. Just tap Gudetama repeatedly to earn GP. Plus, the more Gudetama you cook, the more you level up, and the higher your level, the more GP you'll get every time you tap Gudetama. GP is necessary for cooking recipes, as well as buying useful goodies in the store. 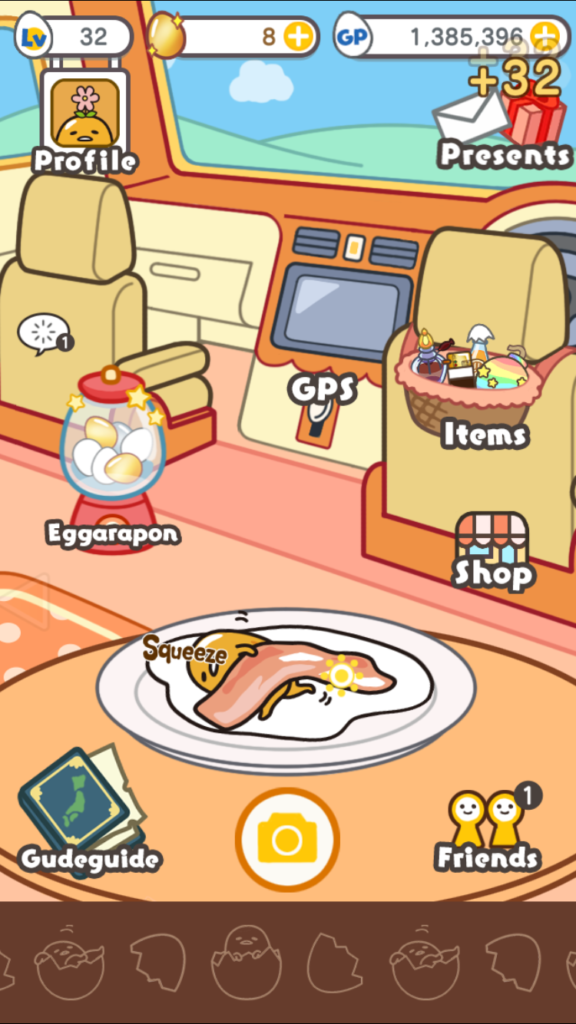 From time to time, as you tap Gudetama it will also drop soy sauce packets, mobile phones and remote controls, which are worth a bunch of GP when collected. Sometimes you'll unlock an event called "Soy Sauce Heaven," which drops a ton of fish-shaped soy sauce packets at once, upping your GP substantially. 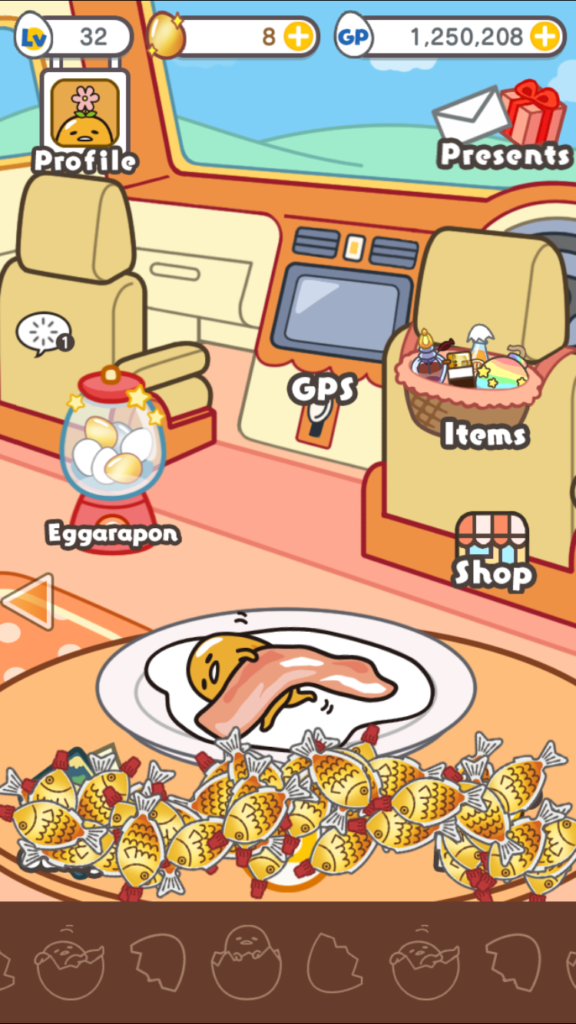 And if you tap Gudetama enough times, it might even utter something the game calls a "Rare Voice." Each version of Gudetama has two of its own unique voice clips you won't hear anywhere else in the game, so you'll want to poke each and every Gudetama repeatedly until you've heard and collected each one. 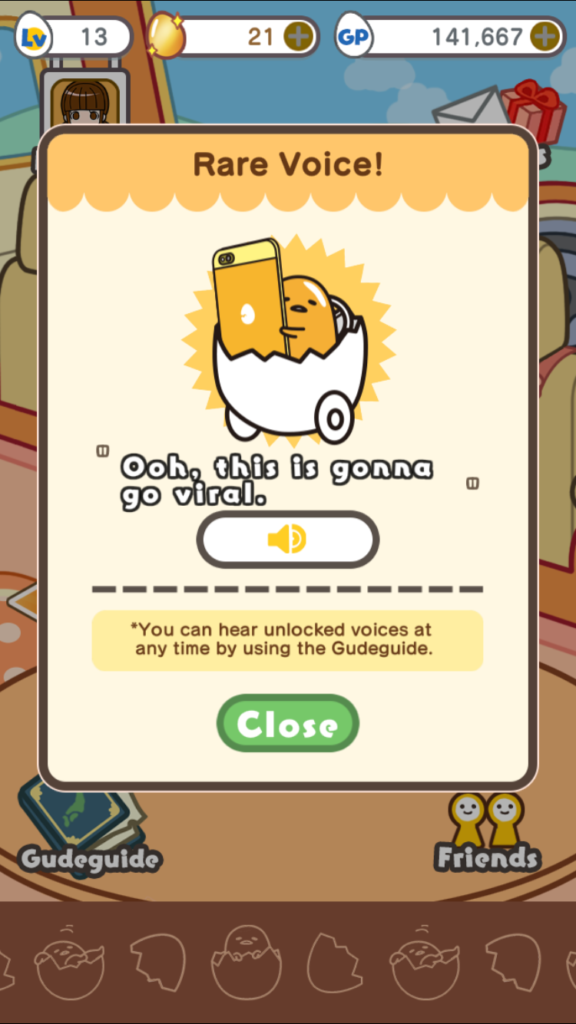 Aside from GP, you'll also want to collect gold eggs. These rarer items are used to unlock more recipe books and allow you to use other cooking tools as you level up. They can also be spent on things like speeding up your cook times, avatars for your Gudetama Tap profile or for getting more prizes in the capsule toy dispenser, but it's smartest to save them for actually unlocking more Gudetama.

Like most apps out there with many different types of currency, Gudetama Tap is a freemium game, so there are some annoying aspects to the way it works. Every time you boot up the game, it'll make you watch part of an ad before you can continue. But the best way to earn valuable gold eggs is by watching ads. While this can be a hassle, so far the game is mostly showing me ads for Gudetama Tap itself, which I honestly don't mind too much.

It's also easy to start an ad, mute my phone and collect my stuff once it's run its course. And while you can also buy golden eggs and GP directly with real money, I personally think that would take all the fun out of collecting all the Gudetama for myself.

There are a few other features in the game, like profiles with the ability to make friends, and an AR camera that allows you to take pics of Gudetama in your actual environment, but for me the game is mostly about collecting and cherishing the game's adorable egg creatures to fill up my Gudeguide. 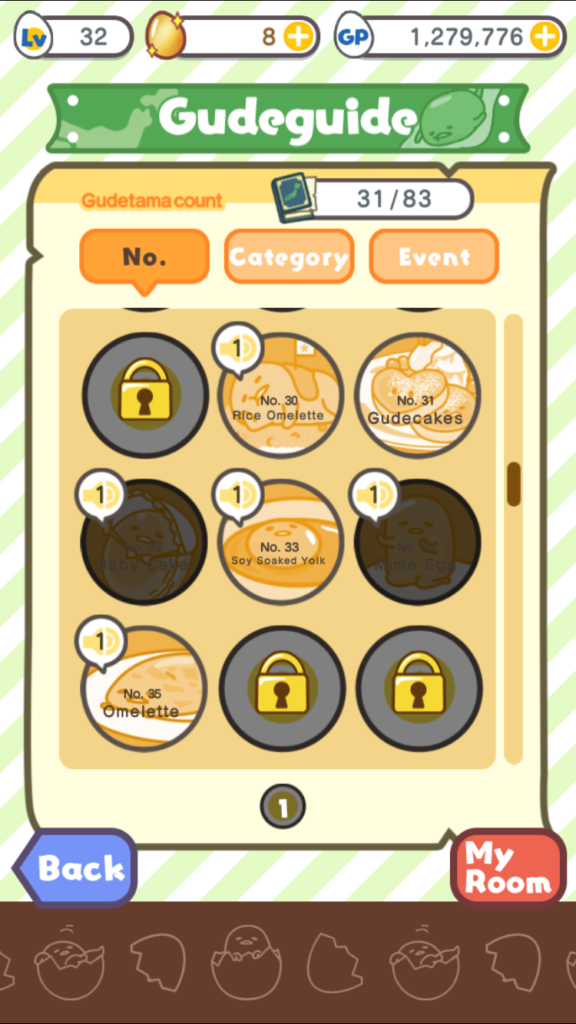 I find Gudetama's constant complaining and lack of motivation super relatable, and the entire game is oozing with the yolk's bizarre charm. I also believe that whenever you can, you should play with the sound turned all the way up. On top of the jauntily laidback soundtrack, you'll want to hear the funny sounds it makes every time you tap Gudetama and all of its little sayings, even if you don't necessarily understand them because they're in Japanese. 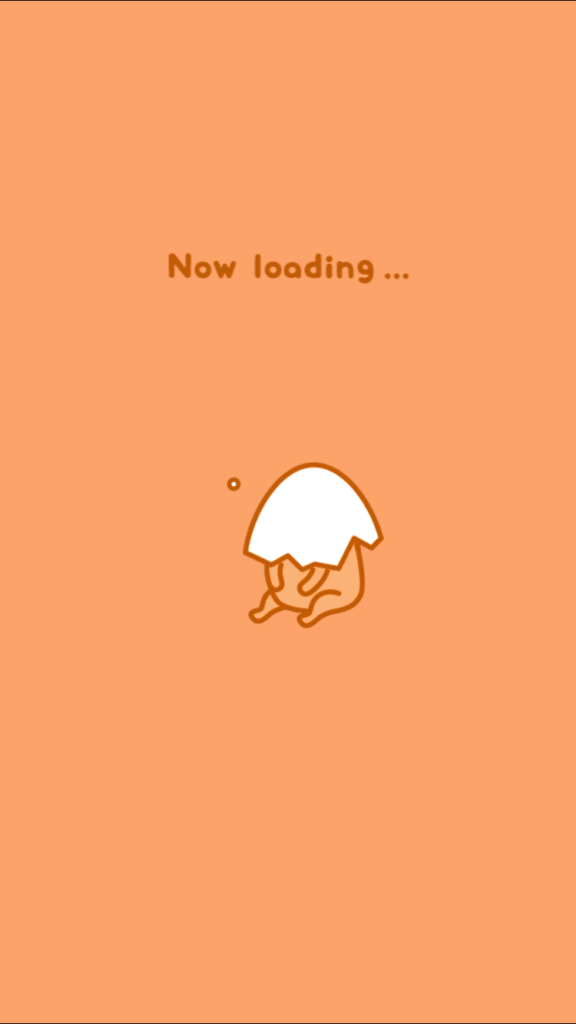 Basically, Gudetama Tap is a more hands-on Neko Atsume, if you replace the cats with weird egg recipes. Chances are, you'll find these oddball eggs even more endearing.

Gudetama Tap is available for free for Android and iOS phones.

If you love this little egg as much as we do, click HERE for our favorite Gudetama-inspired items.