As much as I love essential oil-diffusing humidifiers, I often get too lazy to maintain them.

Pouring in a bit of water and adding a few drops of essential oils isn't a lot of work by any means, but I never want to do it when I'm cozied up on the couch or under the covers in bed.

So when I heard about the waterless GuruNanda Natural Mist plug-in diffuser, I was intrigued. Instead of providing a steady stream of aromatherapeutic vapor, it occasionally sprays a thin layer of pure essential oils into the air. The company offered to send me one for review, and I gladly accepted.

GuruNanda specializes in aromatherapy and essential oil products, and the GuruNanda Natural Mist is one of their latest offerings. It's one part diffuser and one part air freshener, spraying a fine mist of your choice of essential oil every 10 or 20 minutes, depending on your preference.

It plugs in via USB port, but also comes with a USB wall adapter so you can plug it into whatever outlet you like. It's also small and portable, meaning there's no water-pouring involved, and the spray consists of pure essential oils.

In addition to the diffuser, I was also sent two bottles of essential oils in lemon and orange.  After reading up on the benefits of both of these oils, I opened everything up and started putting them to the test. 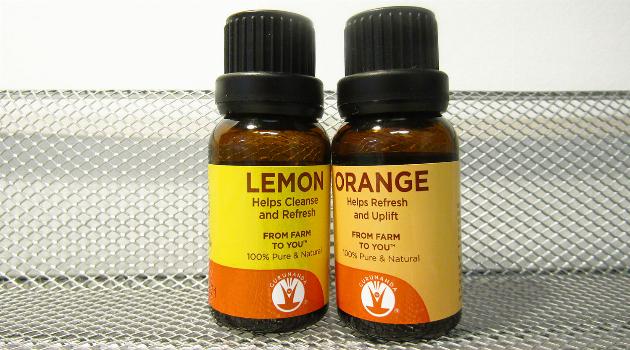 Setting up the GuruNanda Natural Mist was a breeze. After taking it out of the package, I simply had to remove the cap from one of my bottles of essential oil (I started with the lemon), take out the dripper plug and screw the bottle onto the diffuser. After shaking, I plugged the USB into the adapter, and plugged that into a wall outlet in my room.

Pushing a button on the front of the diffuser turned on a blue light and resulting in three small puffs of the lemon oil. I adore citrusy scents, so I was hooked immediately.

I decided to leave the diffuser in that mode all night, and it continued to let out a deliciously scented spray every 10 minutes. That first night, I even kept it on when I went to bed, which was probably a mistake. The bright blue light kept me up, and even though the spray was almost completely silent, I found the noise irritating as I struggled to fall asleep.

I also ignored the fact that lemon oil is said to help alertness and energy levels, so it may not have been the best oil to soak in at bedtime. I may need to invest in a bottle of GuruNanda's lavender oil, instead.

The following day, its effects were more positive. It gave me a sense of refreshed drive, and the clean scent lifted my spirits. Later in the day, I switched over to the orange essential oil. Though it had a different citrusy scent, I felt it had very similar effects on my mood as the lemon oil.

With the orange oil installed, I also started playing more with the timing of the sprays. Once plugged in, one press turns on a blue light, sprays three times and times the diffuser to spray every 10 minutes. Press it again for a green light and three more sprays, and it'll spray every 20 minutes. One more press turns off the device.

While I really appreciate the ability to change the timing, I wish it didn't need to spray every time a different-colored light came on. If you want to go straight to the 20-minute timer, you don't necessarily want a double spray first. Also, if you want to turn it off from the blue light mode, you have to go through the green mode first—or you can unplug it and plug it back in again.

Later, I also tried plugging the diffuser into the side of my computer via the USB port. It was really nice getting occasional mists of citrus scent during work, but I had to be careful to move other objects on my desk away from the spray so they wouldn't get too saturated with oil.

Speaking of lots of oil, I've been using the diffuser for a little over two weeks, and my half-ounce bottle of lemon essential oil is nearly gone. I still have plenty of orange left, but I can see myself going through a lot of oil with this diffusing method that doesn't use water to make the oil last longer.

GuruNanda Natural Mist is a super handy gadget for aromatherapy fans who don't want to deal with refilling their humidifiers, but it won't be for everyone. If you mostly use aromatherapy for help getting to sleep, it'll do a great job diffusing your natural oils, but the lights and sounds of the device may keep you up. 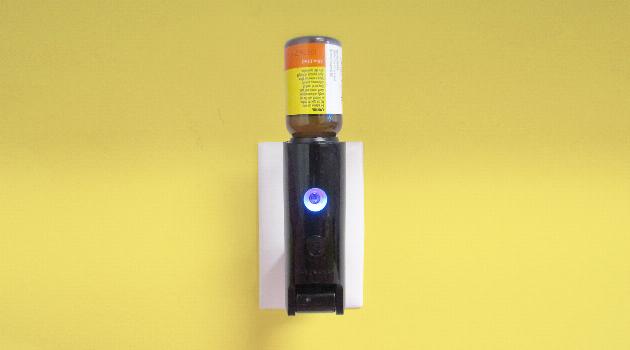 And maybe I'm alone on this, but I would have preferred to have a diffuser that plugs directly into the wall, rather than through a USB adapter. While it's neat that I can plug the diffuser into my computer, it's not essential, and the adapter makes it quite bulky when it's sticking out of the wall.

Depending on your usage, you may also go through bottles of essential oils really fast. While other diffusers might require a few drops every several hours, the GuruNanda Natural Mist leaves a generous spray every 10 or 20 minutes, and over time that adds up.

Because I'm so bad at refilling my humidifying diffuser, I plan to keep the GuruNanda Natural Mist around for a while, even if that means going through a lot of oil to use it.

If you're new to the essential oils game, click HERE for simple products that make it easy to practice aromatherapy anywhere.