What to Watch on Disney+ This Halloween, Based on Your Zodiac Sign

With Halloween just around the corner, it's time to start marathoning all of your favorite spooky classics.

If you happen to be subscribed to Disney+, you're in luck, because their roster includes some of the best family-friendly Halloween flicks around. Not sure what to dig into first? We've picked the Disney+ Halloween movie that's perfect for you, based on your zodiac sign.

Action-oriented Aries needs a Halloween pick that's just as exciting and bold as they are, and they'll find it in Hocus Pocus. It's one of the all-time-great Halloween films as siblings Max and Dani face off against the wicked Sanderson sisters, with an impressive cast, a constantly moving plot and even a dash of romance thrown in. It's irresistible fun that's guaranteed to keep you on the edge of your seat the whole way through. 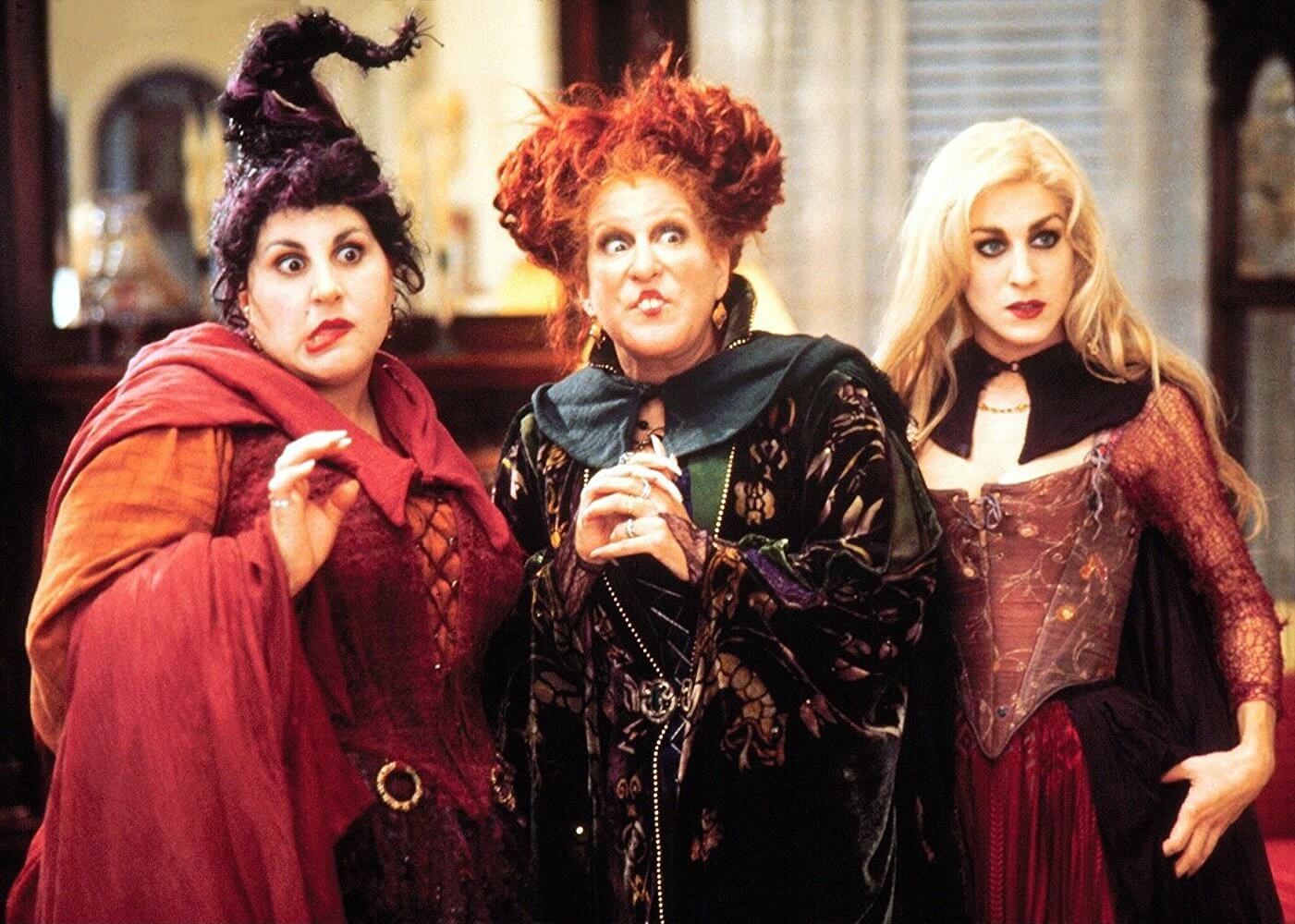 Hard-working and caring Taurus tends to seek out movies that are just as reliable as they are, and Halloweentown is a classic that never loses its charm. It's about Kimberly, a teenager who discovers who's a witch with the power to confront her town's supernatural baddies, and encapsulates everything that's great about Halloween. It's also got a great message of self-discovery and finding out where you fit in. Taurus also is drawn to the finer things in life, and Halloweentown is definitely one of them. 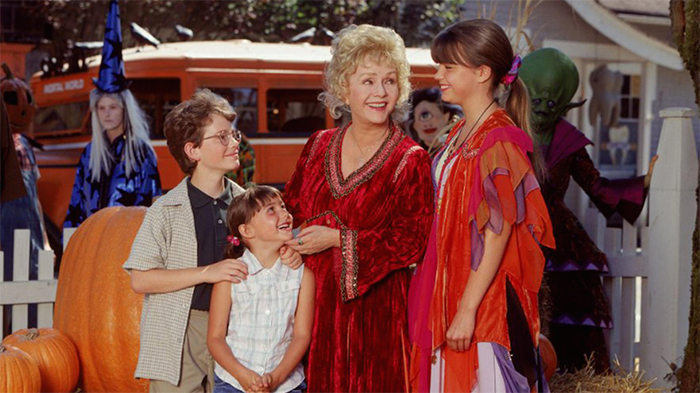 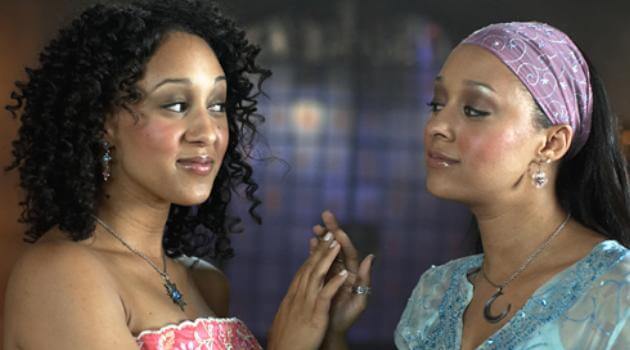 Gemini is symbolized by the twins, so it makes sense that they'll fall head over heels for Twitches, starring real-life twins Tia and Tamera Mowry. It's about two witch sisters, separated at birth and relieved of their powers, until their reunion brings their magic back. Despite being polar opposites, these two find that teamwork can make anything possible—just as Gemini can accomplish anything by finding balance in their own duality. 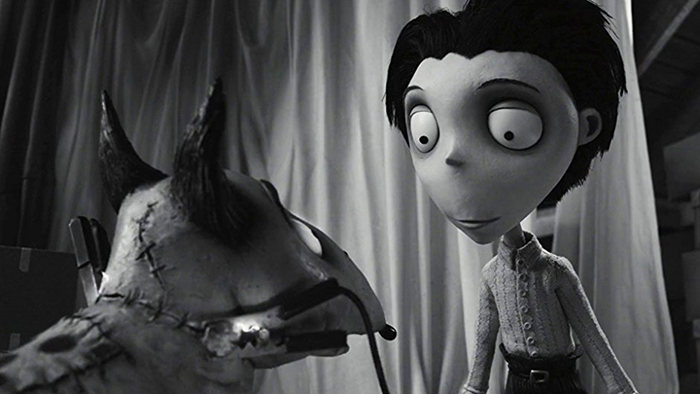 Most emotional Cancers would rather watch something sentimental than super scary during the Halloween season, which is why they'll adore Frankenweenie. It follows a young Victor Frankenstein and the revival of his recently deceased dog, Sparky, and is all about embracing your differences and appreciating what's inside. Plus, the gorgeous stop-motion animation is enough to bring a tear to anyone's eye. 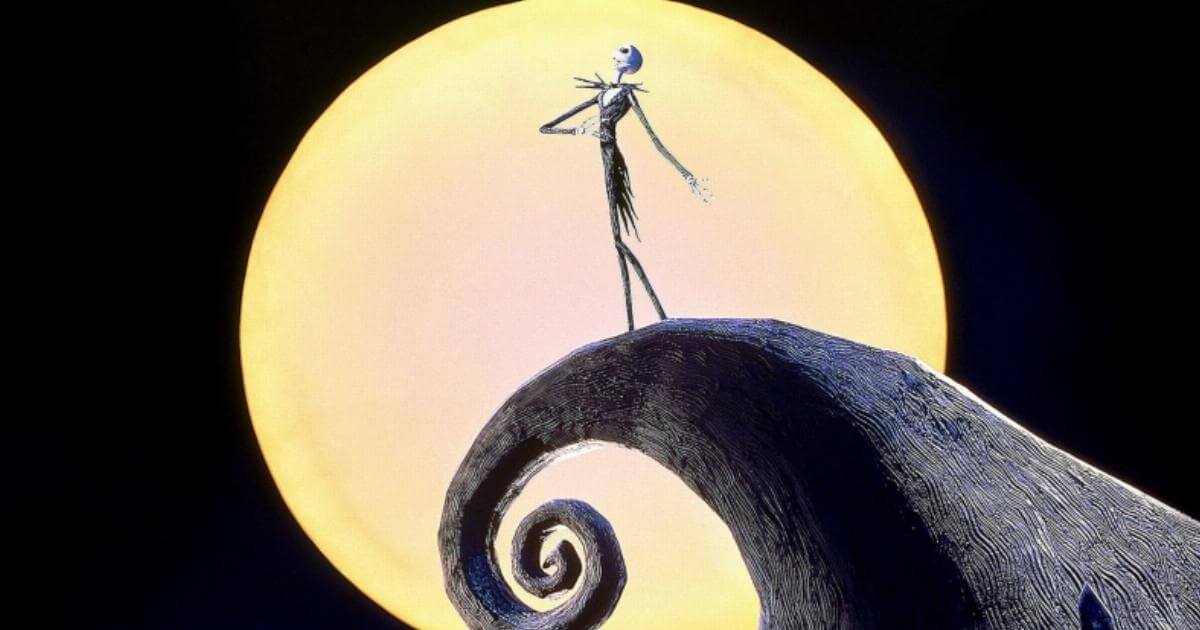 Leo is all about flash, presentation and drama, so of course their Halloween flick of choice has to be The Nightmare Before Christmas. This iconic stop-motion film is full of incredible visuals and memorable songs, and its aesthetic is instantly recognizable to this day. And since Leos like to go big, it's apt that this movie celebrates both Halloween and Christmas, with the right balance of beauty and horror that makes it watchable until the very end of the year. 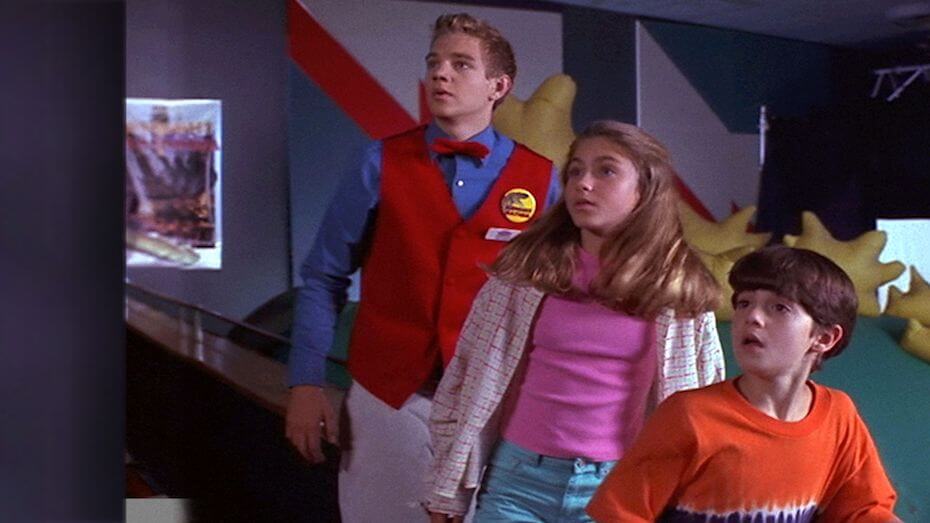 (Phantom of the Megaplex via Buena Vista Pictures Distribution)

Virgos are analytical and curious thinkers who tend to predict where movies are going, and have an ability to poke holes in the logic of any shabbily written film. They need something that'll stand up to the scrutiny, like the Disney Channel Original Movie Phantom of the Megaplex. Not only is this about a hard-working 17-year-old assistant manager who just wants to save his theater (appealing to Virgo's nature) but the story has a bit of ambiguity wondering if there ever really was a phantom threatening the megaplex. 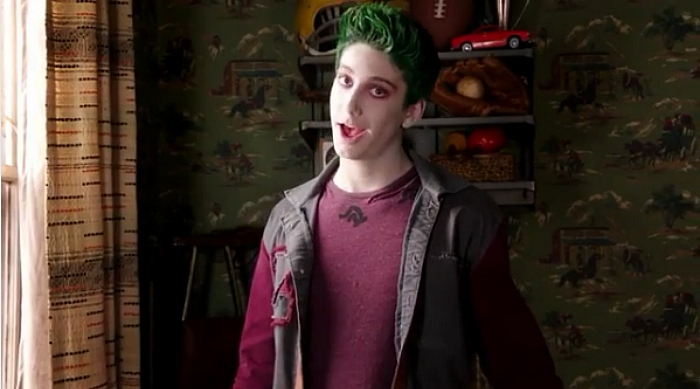 Libras are symbolized by scales because they're a sign of balance and peace-keeping. It's important to them that everyone is accepted and appreciated, which is why they'll adore the Disney Channel Original Movie, Zombies. Not only is it full of dance numbers, but it's a story about cured zombies as they slowly gain acceptance back into society. It's about putting aside differences and understanding what everyone has in common. It's also light on the scares, in case that's something that might drive you away. 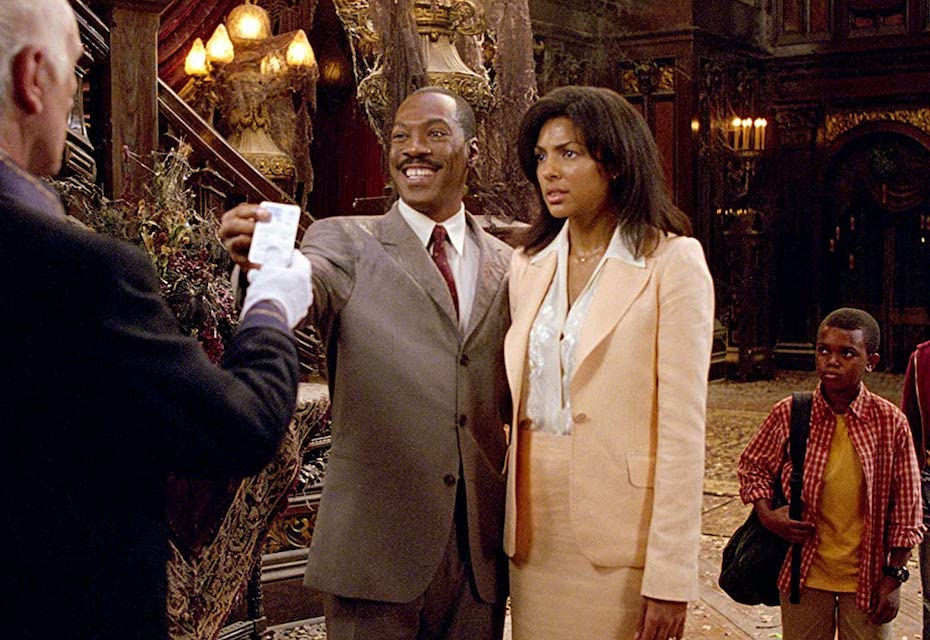 Scorpios are a mysterious and withdrawn sign, and they typically despise being told what to do. Sometimes, they'll dislike things just because they're too popular—or flock to lesser-known fare, because it's not loved by everyone. The Haunted Mansion is one such film that didn't get great reviews, but has plenty to offer to someone with offbeat tastes. It follows a real estate agent who's tasked with selling a very haunted house, and untangling its lingering curse. 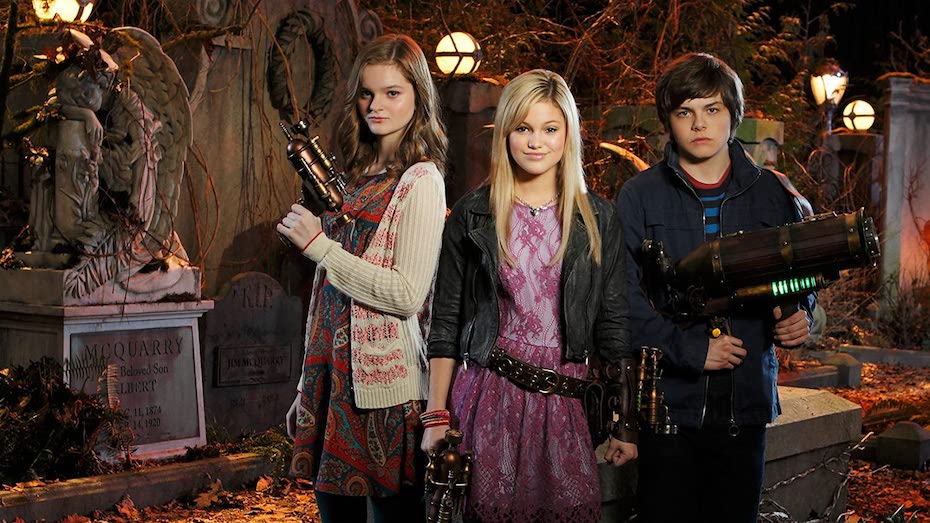 (Girl vs. Monster via Disney Channel)

Sagittarius is the sign of adventure and exploration, and this sign demands to be entertained. They'll get everything they're looking for in the Disney Channel Original Movie Girl vs. Monster. It follows a teenager who discovers she comes from a long line of monster hunters, and her fight against creatures that can only be defeated by conquering your deepest fears. It's not too scary, but it's tons of action-packed fun. 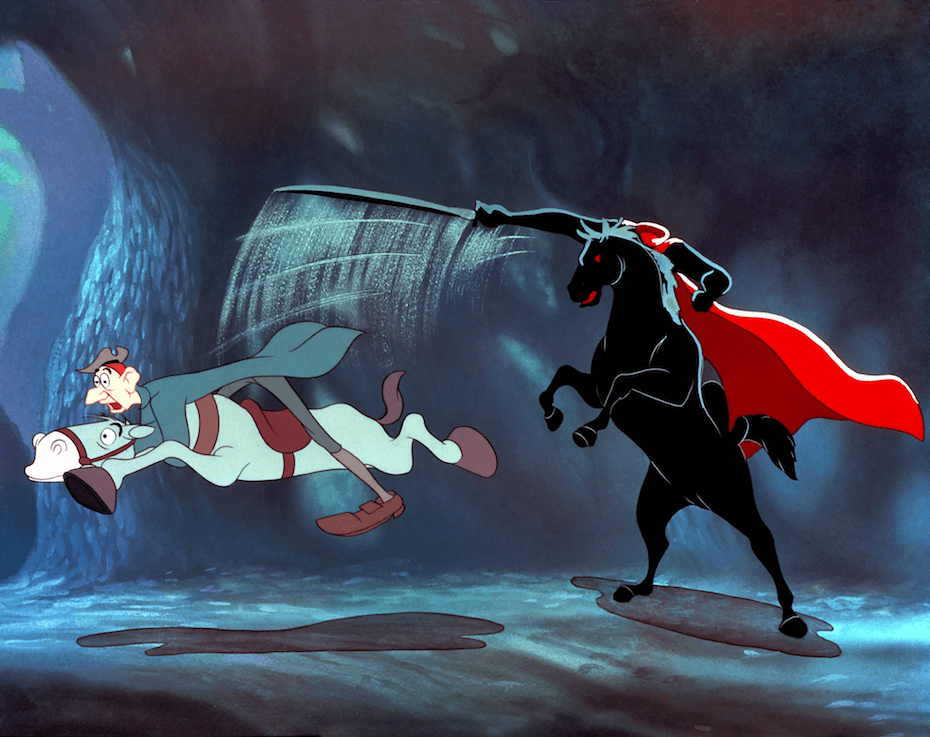 (The Adventures of Ichabod and Mr. Toad via RKO Radio Pictures)

Capricorn is a dedicated sign known for being a little bit old-fashioned, and they tend to love the classics. Honestly, it doesn't get much more classic than 1949's The Adventures of Ichabod and Mr. Toad, which features both The Wind and the Willows and The Legend of Sleepy Hollow, which are both gloriously animated nightmare fuel from yesteryear.

Aquarius is a sign of freedom and self-expression, and they're looking for something a little bit different in their Halloween movies. They actually want to be utterly terrified, which is why they'll love the horror-tinged Disney Channel Original Movie Don't Look Under the Bed. It's legitimately scary, and tells the tale of a teenager in her fight against the boogeyman, even as her good friend is turning into one himself. 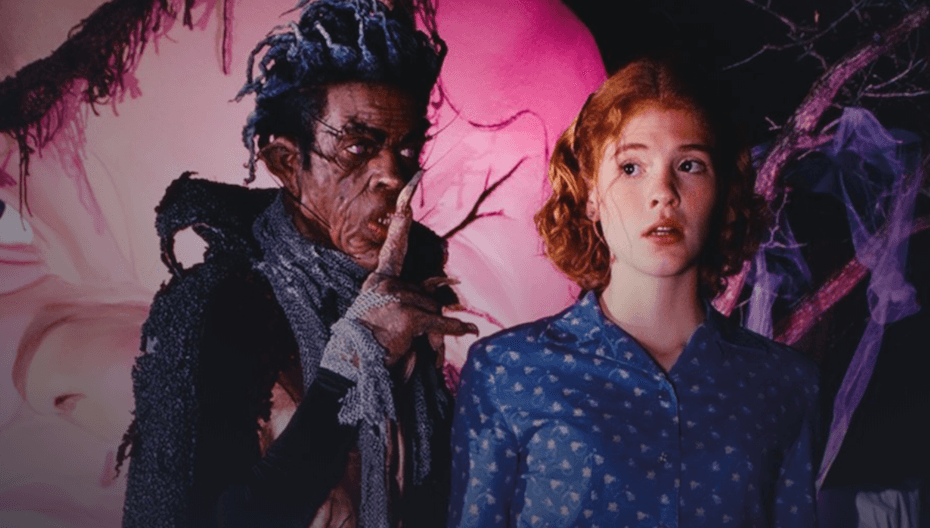 (Don't Look Under the Bed via Disney Channel)

Pisces is a dreamy, sensitive sign that's not here for the scares on Halloween. They just want to have fun and get carried along by a silly story, which is what makes Mom's Got a Date With a Vampire perfect for them. When two kids set up their single mom on a date, they realize too late that he's a vampire—recruiting the descendant of Van Helsing himself to stop the vamp and save their family. 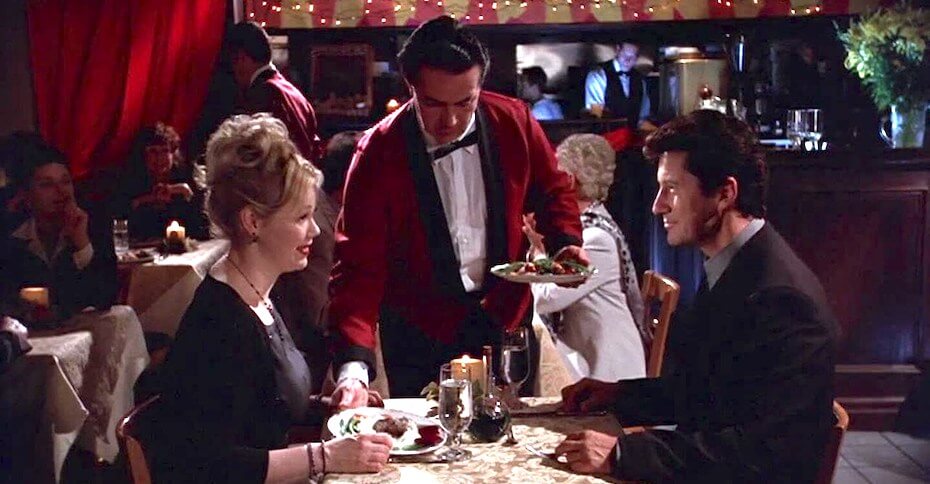 (Mom's Got a Date With a Vampire via Disney Channel)

Not sure what to do this socially distanced Oct. 31? Click HERE for some more tips on how to celebrate Halloween in 2020.