Chances are you've never heard of Hanazuki: Full of Treasures, but the new zany, heartfelt and beautiful new cartoon is a must-watch if you enjoy shows like Adventure Time and Gravity Falls.

Hanazuki is Hasbro's first-ever animated digital show, following the hero Hanazuki and a posse of colorful rabbit-like creatures called Hemkas. Though she doesn't know it yet, Hanazuki is one of the Moonflowers, a group destined to protect the galaxy's moons. 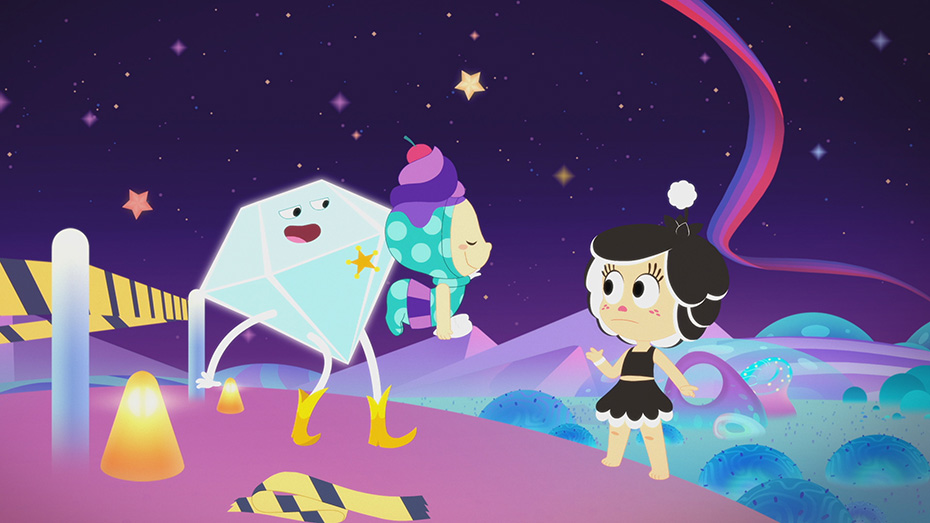 Hanazuki is immediately a lovable protagonist with a wide-eyed wonder for everything that surrounds her. She comes into being at the beginning of the first episode, just as naive to her world as the viewers. It's not long before a floating, always-sleeping character called the Little Dreamer gives her a white treasure and drifts away.

Hanazuki has no idea what to do with this treasure, however, and soon she meets the Hemka, who each plot to steal this treasure away from her. She doesn't know what it is or how it works, but over time she'll discover her power and understand her role in protecting the moons. 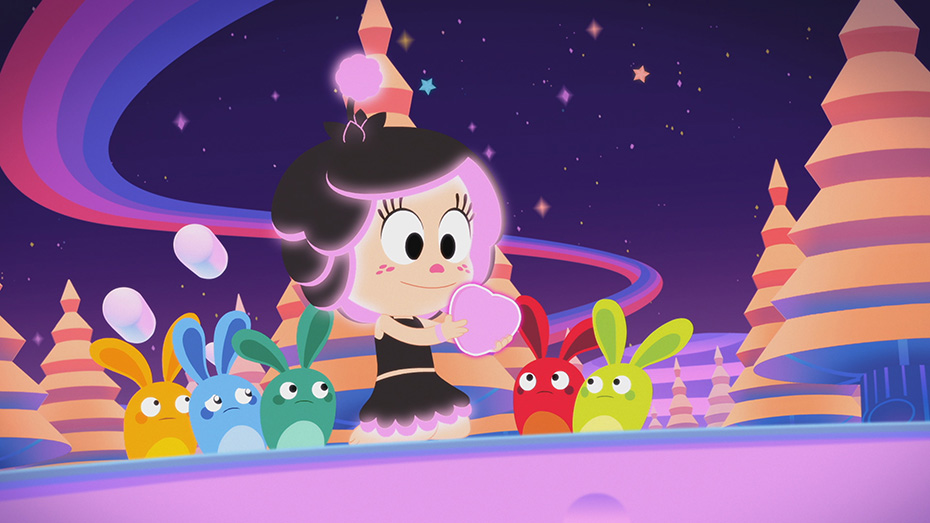 Each Hemka is a different color and embodies a different emotion. Only when Hanazuki gets in touch with that emotion does her hair turn the same color as a Hemka, and only then are the treasures activated. The treasure changes color, too, and once placed in the ground, turns into a mighty Treasure Tree. Hanazuki befriends the Hemkas and makes it her mission to plant as many Treasure Trees as she can. 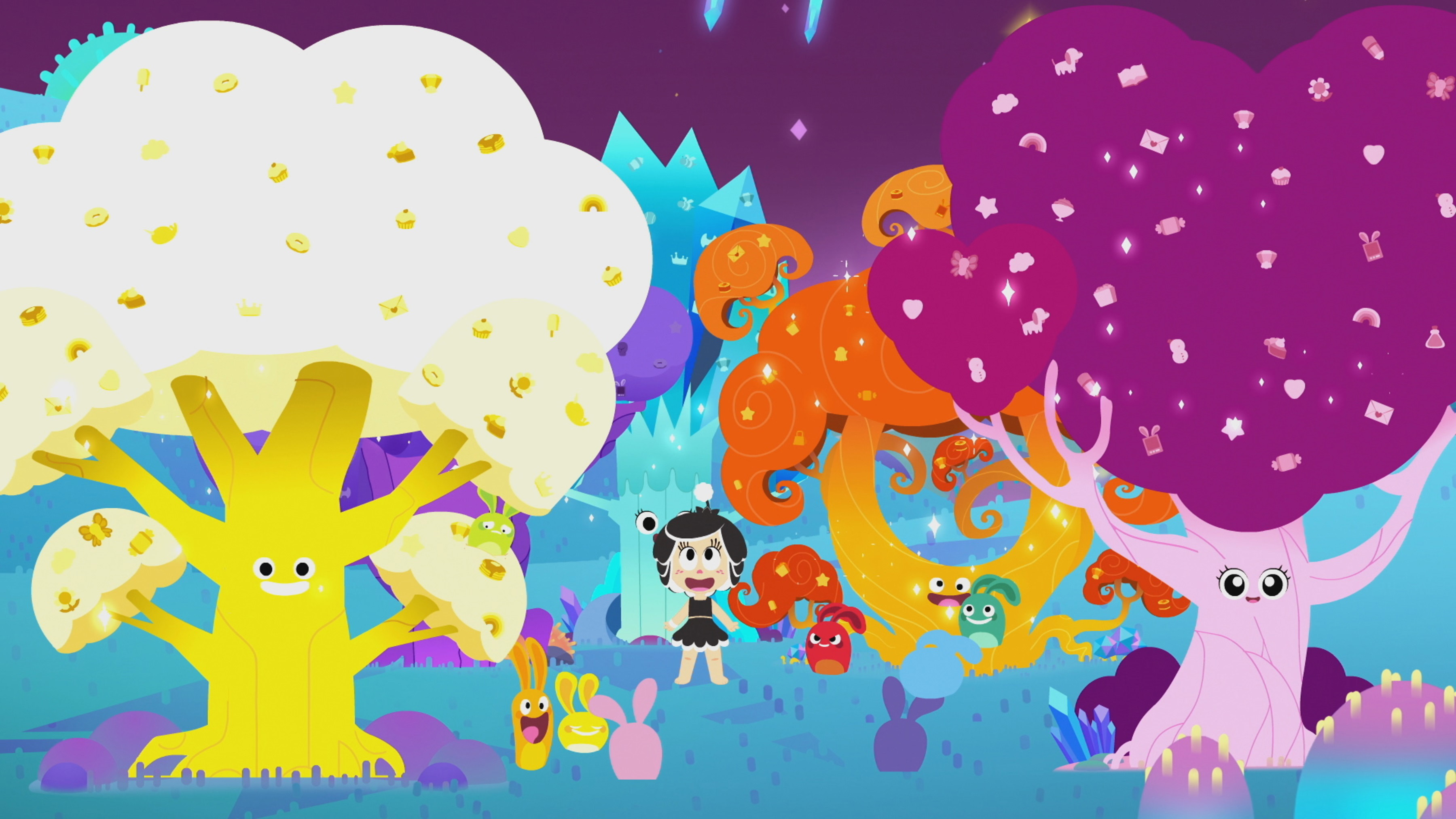 There's also the brooding Kiazuki, who is a Moonflower like Hanazuki. She and her black Hemka-like buddy named Zikoro also plan, but with her negative attitude, she's never managed to turn a treasure into a Treasure Tree. As the series grows, we can't wait to see what she'll bring to the table. 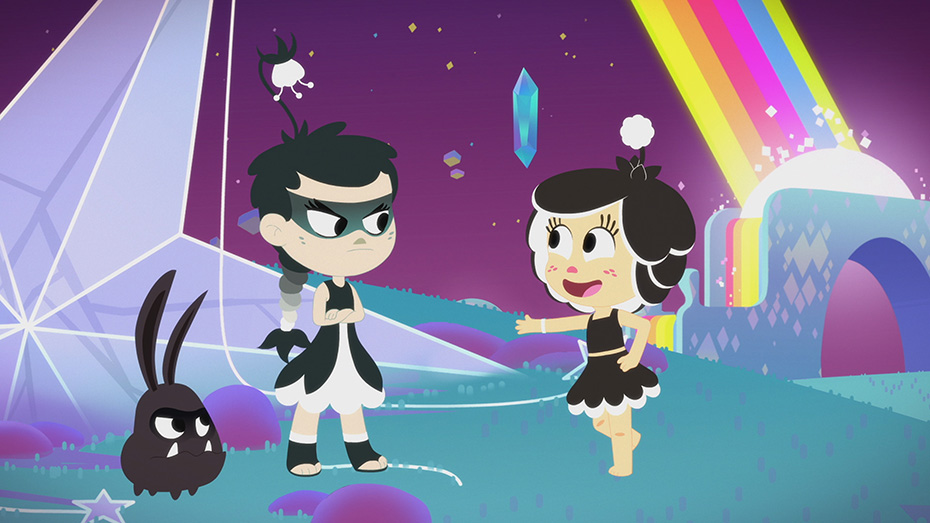 With colorful new characters in pretty much every episode, and a fun, sweet adventure story to tell, Hanazuki should be on everyone's watchlists. The Hemkas remind us of the funny and mischievous Minions, and the episodes unfold in a quirky, magical space world where pretty much anything can happen.

18 episodes are available to watch now, with 9 more on the way! Watch the full first episode below.

Love Gravity Falls, too? Click HERE to read about our experience at the Farewell to the Falls art show.