Why Harry and Ginny Shouldn't Have Ended Up Together

I didn't know anything about Harry Potter until pretty late in my life.

I had never read the books or watched the movies until I was about 21-years -old. At that point, I promptly fell in love with the story, and finally accepted everyone's utter bewilderment at the idea that I didn't know anything about until then.

However, I wasn't a child when I first invested in Harry Potter. For me, there was no nostalgia factor to the story that often wipes away many of the glaring issues hidden within the narrative. And one thing I could never get on board with, no matter how hard I tried, was Harry and Ginny's relationship.

I know they supposedly get married and live happily ever after with their family, but I'm not buying it. Keep scrolling to see why Harry and Ginny should not have ended up together.

First and foremost, we have to address the fact that Ginny is Ron's sister. As a general rule, siblings and best friends shouldn't overlap. There's so much potential for drama in that situation. What if they hadn't worked out? What if they had a really messy breakup? Where would Ron and Harry's friendship have ended up? It seemed like a big risk with very little guarantee that things would work out in their favor. Plus, it has to be a little awkward among the three of them, as I'm especially not convinced that Ron—considering how whiny he is about everything else—was just totally fine with this situation. 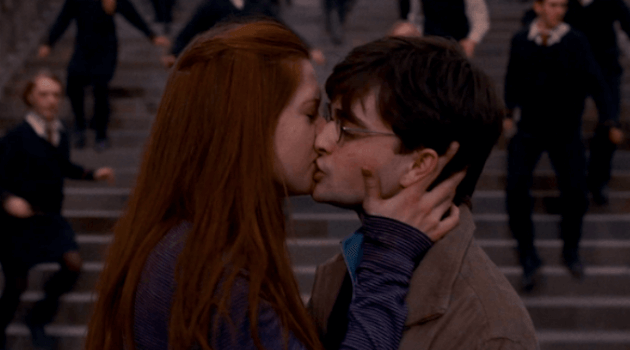 Ginny Was Obsessed With Harry

Before Harry even noticed who Ginny was, Ginny was completely obsessed with him. Remember when she'd freak out if he was in her vicinity and run away if he said a single word to her? That's really weird. It's like dating your ultimate fangirl—it has to feel pretty uncomfortable that they're so obsessed with you. What's more, it starts their relationship off on uneven footing. Harry has to live up to Ginny's high expectations, and Ginny has to be willing to stand up to her idol. It's a very odd way to start a romance, and I have no confidence that things would actually work out.

They Don't Know Each Other

Speaking of Ginny being obsessed with Harry, there are more problems located in that little dynamic, the first of which being that they don't actually know anything about each other. Ginny is so awestruck by Harry that she struggles to even talk to him. We're supposed to believe that things get easier as time goes on, but we don't really see that. They have a few clunky conversations about nothing, and yet we're supposed to buy that they're in love? Why? They have no knowledge about who the other person is. It doesn't make any sense. 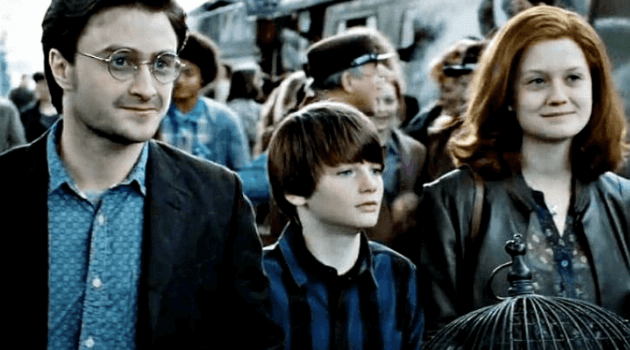 They Had No Chemistry

I'm mainly referring to the movies in this point, but no one can deny that movie-version Harry and Ginny had about as much chemistry as oil and water—as in, they don't mix. Every scene where they were together was awkward, uncomfortable and made me want to crawl into a hole to avoid the secondhand embarrassment. They were just plain clumsy, probably because the two characters developed their romance out of nowhere.

Their Romance Came Out of Nowhere

Which brings me beautifully to my next point—their romance came out of nowhere! Ginny was essentially a background character for the majority of the series. We knew she existed, but we didn't know anything about her. She was just a device to move the story forward when needed. Then, in the midst of battling He Who Shall Not Be Named, Harry takes a break from his world-saving duties to get angry that Ginny's dating a new boy. But why? He had never before expressed an interest in her, what made him suddenly so upset that the girl he treated like a child for so long was in a relationship? There was nothing to explain these odd feelings. On top of that, they felt totally out of place given the gravity of the current situation, furthering my annoyance at their inexplicable romance. 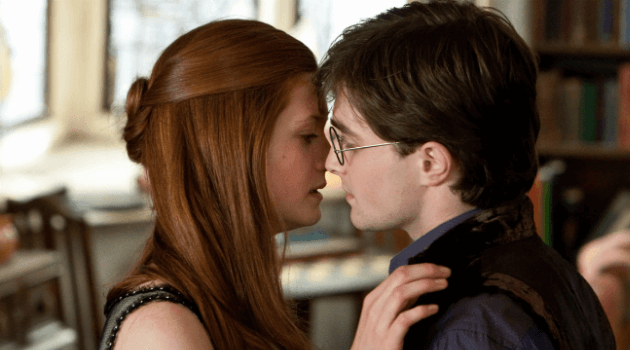 Last of all, Harry and Ginny's relationship was just plain boring. There was no fire, no passion and absolutely zero to lose. Unlike the conflict that made Ron and Hermione's relationship so addicting, Harry and Ginny were stagnant from day one. They didn't challenge each other, and they didn't have anything worth fighting for in their relationship. Ginny's personality practically mimicked everything about Harry's, making for a plain vanilla romance. In my opinion, the Boy Who Lived deserved more than just a convenient happy ending.

Looking for more of our Harry Potter opinions? Click HERE for my totally subjective ranking of the Harry Potter books, from worst to best.